BACK TO ALL NEWS
Currently reading: The unthinkables: 10 of the most controversial car innovations
UP NEXT
Buy them before we do: second-hand picks for 24 September

The unthinkables: 10 of the most controversial car innovations

From a front-drive Lotus to a fast, entertaining big Volvo, we round up some of the biggest automotive breaks from tradition
Share
Open gallery
Close
Share story

Chevrolet’s decision to relocate the Corvette’s engine has caused not a small amount of controversy. While the enthusiasts on the previous few pages seem accepting, others are loudly pondering whether the C8 can really be a ’Vette after abandoning seven decades of front-engined tradition. Yet the US firm isn’t the first to mess with a tried and tested formula in the pursuit of greater performance or profit – or both. Here are 10 examples that have travelled a similarly contentious path with varying levels of success. 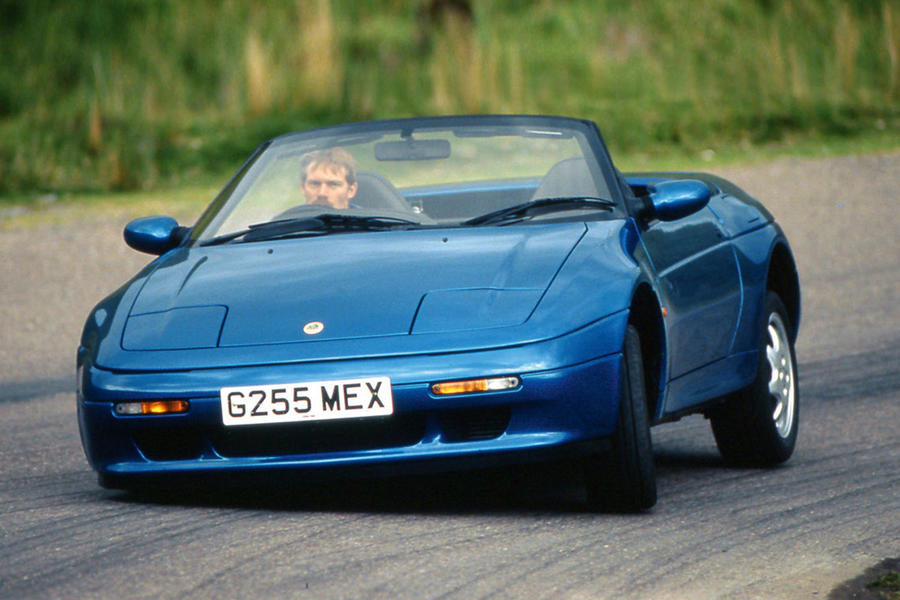 When a car maker revives a famous name, it usually does so with a healthy dose of respect for its history. Not so Lotus when it relaunched the Elan in 1989, 14 years after Colin Chapman’s lithe version last appeared. Out went the classic front-engined (naturally aspirated, obviously) and rear-wheel-drive layout and in came front-wheel drive and turbocharging. The new Elan was actually cracking to drive, but Lotus loyalists were less than impressed. Plus, there was the Mazda MX-5: launched at the same time, it was cheaper and, ironically, almost a carbon copy of the original Elan. 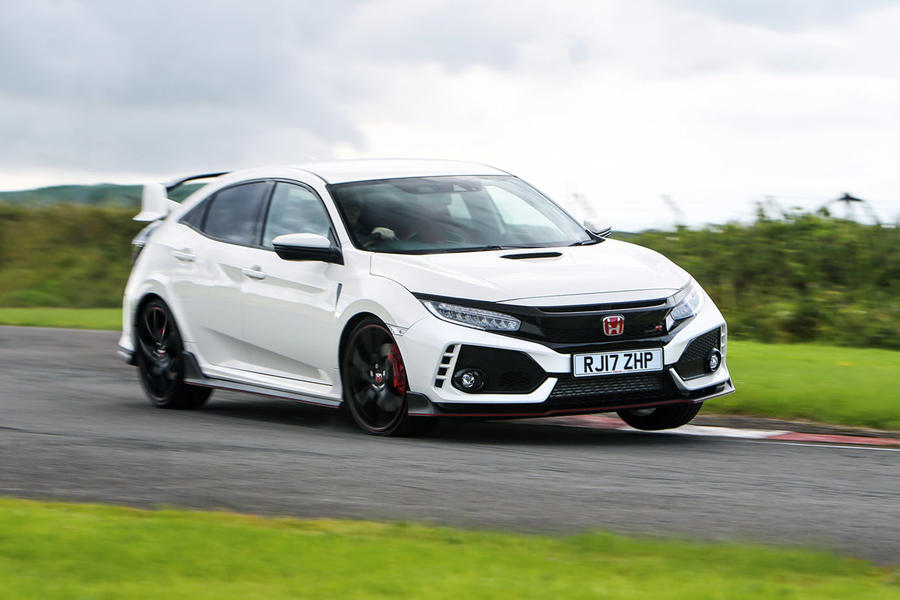 Honda has long been a hard-line exponent of naturally aspirated engines, such as the VTEC units in a long line of Civic Type R hot hatches that stuck with natural aspiration long after competitors went turbocharged. Yet it wasn’t long before the Honda looked weak-kneed next to rivals, so the unthinkable happened in 2014 and the Civic’s VTEC gained forced induction. Performance gains were huge, but some of the magic was lost. Honda learns fast, though, and the latest blown Type R is the best yet. 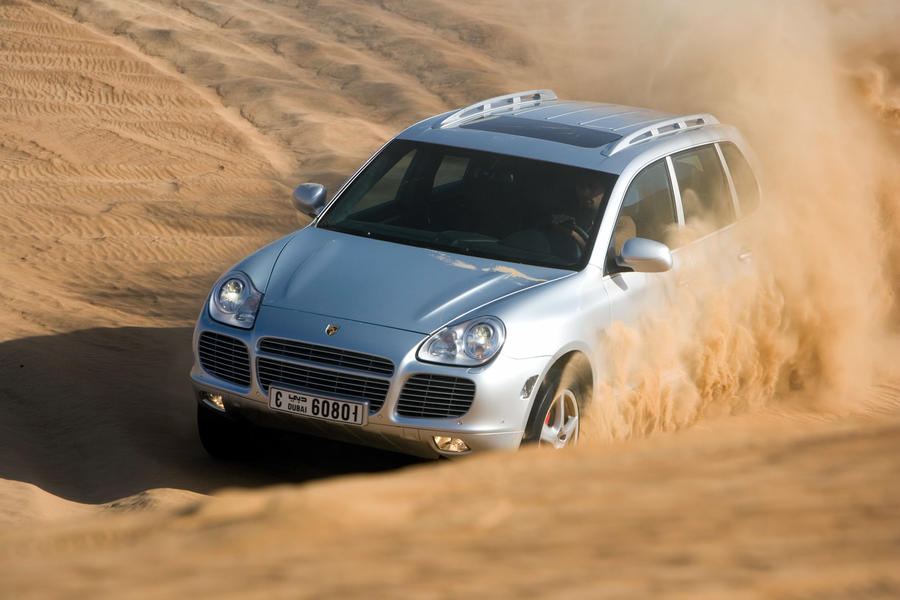 Nearly a quarter of a century on, it’s easy to forget just how controversial the first Cayenne really was. Porsche was a dyed-in-the-wool sports car manufacturer and to even be thinking about the possibility of just maybe making an SUV was heresy, especially one that would go on to have a diesel engine. There was no precedent for this car and, allegedly, no appetite for it among zealots of Zuffenhausen’s usual offerings. Yet as we now know, the Cayenne was a massive sales hit, helping Porsche to ride the early SUV wave and on to previously unimagined profitability. 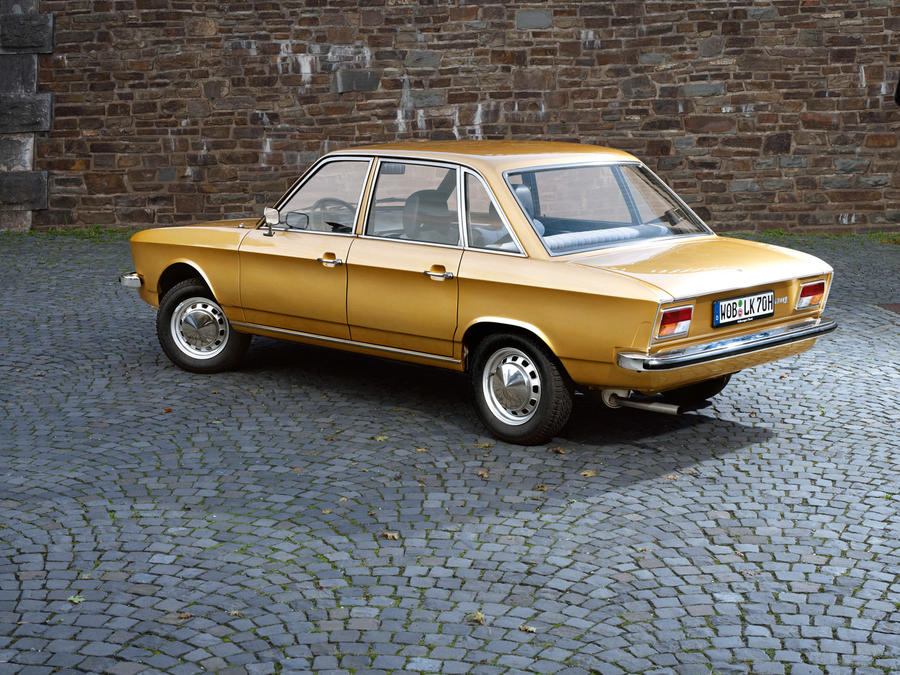 It can be hard to break free from design dogma and, for decades, VW stuck to its tried and tested formula of slinging an air-cooled engine behind the rear axle. By the late 1960s, however, VW was being left behind commercially and technically, so a revolution was needed. Step forward the K70. Based on the NSU Ro80, it ripped up the VW playbook by featuring front-wheel drive and a water-cooled inline engine. Rust issues and high prices meant it was short lived, but the Passat, Golf and Polo that followed used the same layout to dazzlingly successful effect. 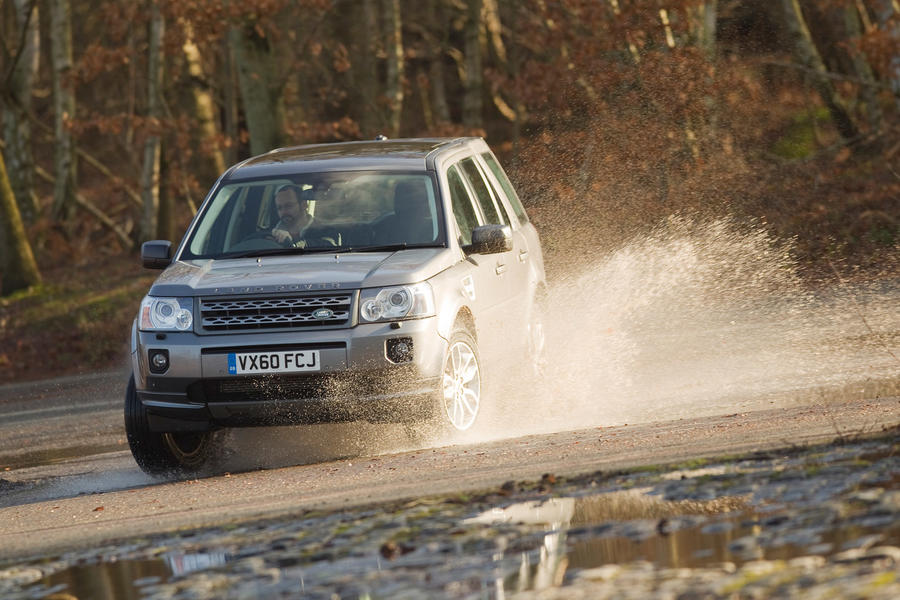 When your products are tightly entwined in four-wheel-drive folklore and your best remembered advertising tagline is the ‘Best 4x4 by far’, then going two-wheel drive should be a no-no. Yet that’s what Land Rover did with its Freelander 2 eD4 in 2011. Aimed at lowering emissions and running costs, it dispensed with the standard car’s propshaft and rear differential, yet it retained Terrain Response and mud and snow tyres, making it as effective off road as some of its all-wheel-drive rivals. It was so successful that it spawned similar Range Rover Evoque and Discovery Sport models. 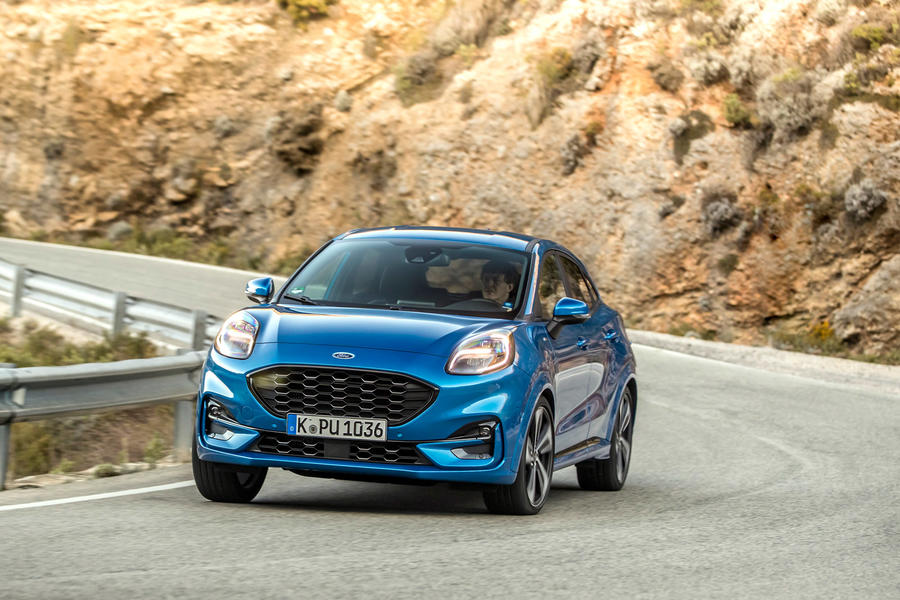 Most of the examples here are of individual cars but, in the past year alone, Ford has played fast and loose with its heritage. First up was the Puma, which applied the name of a much loved 1990s coupé to a crossover. There was resistance from some quarters but, in many respects, the new car retains the fun-loving spirit of its predecessor. Likely more difficult to swallow will be the Mustang Mach-E, which is aiming to channel the essence of the firm’s famed muscle car into an all-electric SUV. Ford will be hoping it doesn’t make the same mistake as when it applied the RS1800 moniker from its rally-winning and bespoke-built Escort Mk2 to a tarted-up Fiesta. 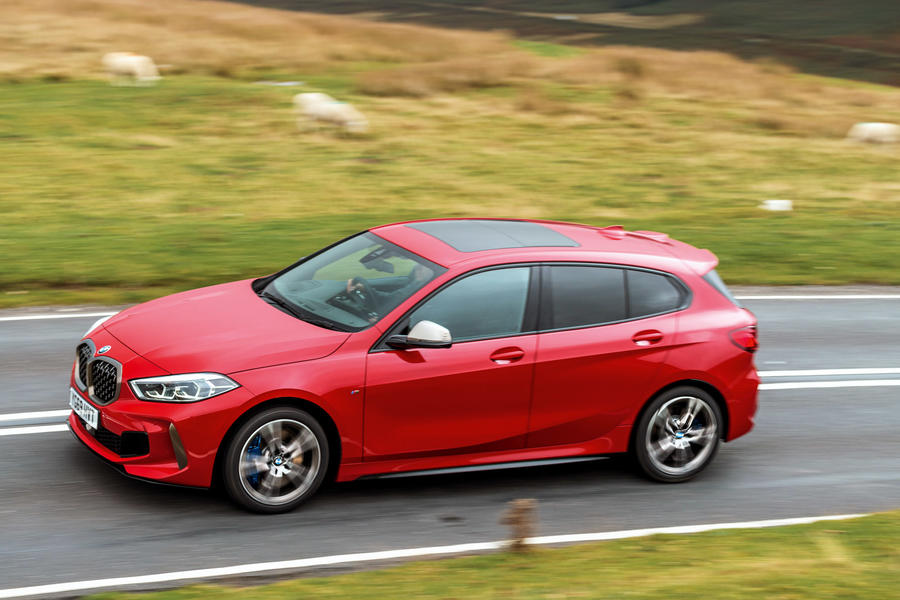 BMW believed you couldn’t claim to produce the ‘Ultimate driving machine’ unless you made your cars rear-wheel drive. For decades, even its smallest models sent power to the rear. Then in 2014, it launched the front-wheel-drive 2 Series Active Tourer, based on the same platform as the Mini. BMW fans were only mildly upset because, well, it was ‘just’ an MPV. Then came the bombshell in 2019 when the 1 Series turned from rear- to front-wheel drive. But despite howls of derision from some quarters, the switch hasn’t harmed the car’s engaging driving dynamics. 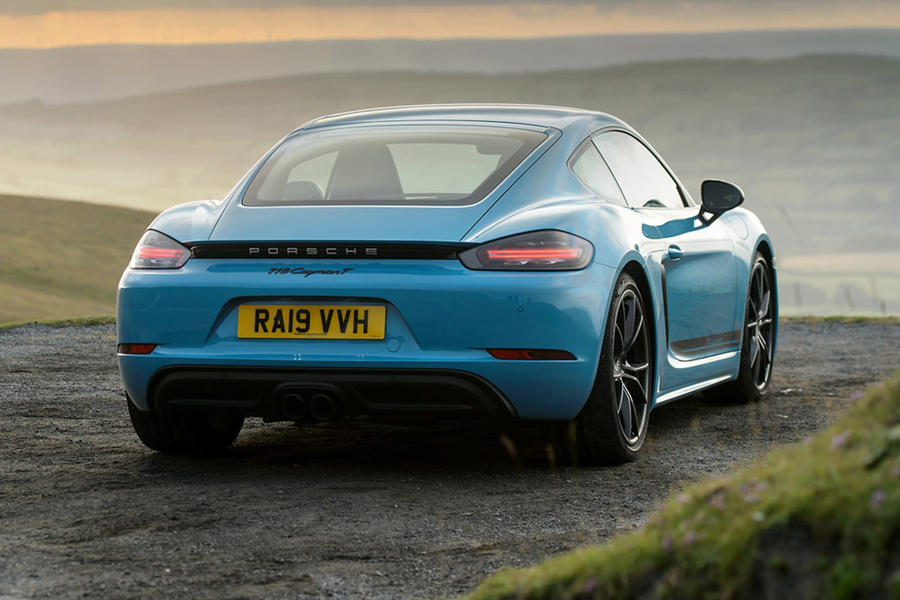 Porsche has the best part of 80 years of experience with four-cylinder engines but that didn’t stop purists getting extremely hot under the collar when the 718 Boxster and Cayman were launched in 2015. By ditching the howling flat sixes of previous generations for turbocharged flat fours, Porsche took a hit, both critically and commercially. Initially, the brand stuck to its guns but soon plans were in place to secure the return of the naturally aspirated six. The result was the Cayman GT4 and Boxster Spyder, which were swiftly followed this year by the GTS 4.0. 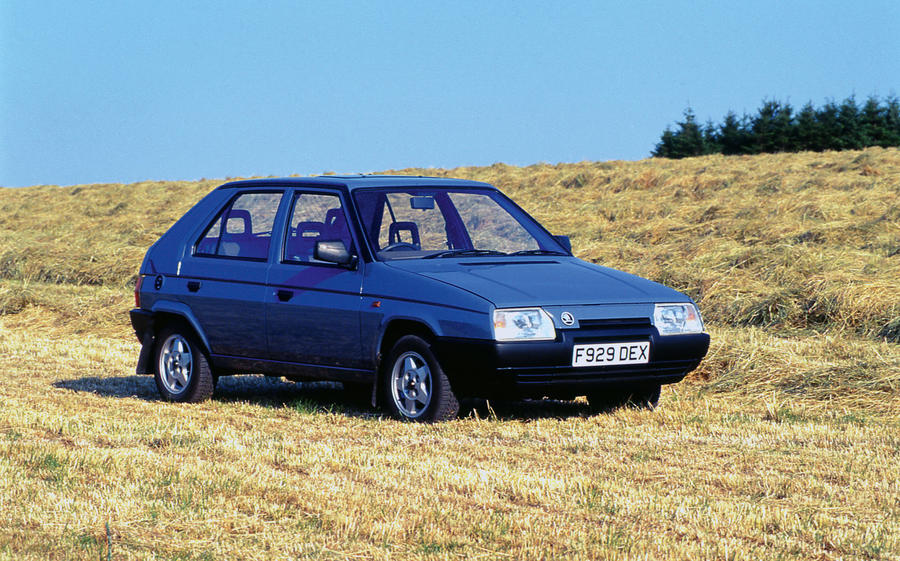 Like VW, Skoda seemed happily wedded to a rear-engined formula for decades. But with the Iron Curtain crumbling in the 1980s, the firm knew it needed a radical rethink if it was to tap into lucrative Western markets, and so the Favorit was born. Its five-door hatchback layout and front-wheel drive were revolutionary for the Czech brand but, thanks to some help from Porsche (yes, really), Bertone and British firm Ricardo, it proved to be a surprise hit. In fact, it was such a success that its fellow adherent to the rear-engined rules, VW, bought the company. 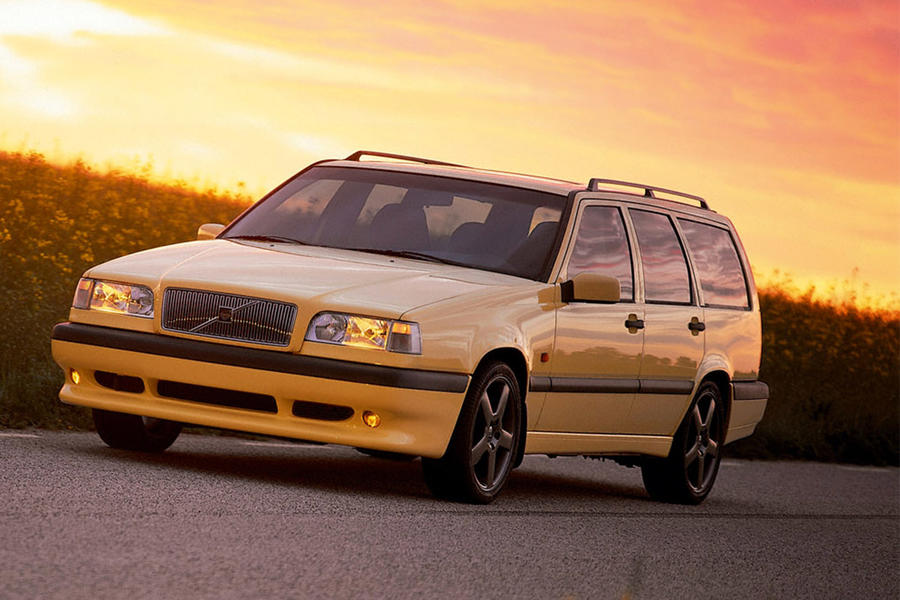 Volvo’s 700-series cars pretty much saved the company after they were launched in 1982, so you’d expect the Swedes to have stuck to the same sensible template for their replacement. But boxy styling aside, the 850 forged a bold new path for big Volvos. It was the first large model to get frontwheel drive and it had transverse five-cylinder engines that liked to spin and sing. Perhaps most shocking, it was genuinely fun to drive and the scorching T5s were enthusiast cars. It was a huge sales hit and shook off the brand’s staid image, paving the way for its current ice-cool machines.

Touchscreen controls. Digital geegaws that makes driving inherently less safe for those in the car and outside of it.

With the possible exception

With the possible exception of the Volvo, all very sad and bad stories.
simonlaird 4 April 2020

What about the Alfasud?

The Alfasud rewrote a lot of rules (a front-wheel-drive Alfa, boxer engine, new manufacturing plant far from the industrial heartland), and along with its contemporary the Citroen GS brought an unprecedented level of sophistication to small family cars.  And every Sud was a delight to drive.