BACK TO ALL NEWS
Currently reading: All-new Lotus model due next year
UP NEXT
Hope for Bloodhound LSR project as sponsor talks start again

Lotus will reveal an all-new sports car next year as its expansion under Geely ownership begins to bear fruit.

The model is part of a five-year plan that has been signed off by Geely, new Lotus Cars CEO Phil Popham has confirmed.

The new model will be based on a heavily revised existing Lotus architecture and will appear before the next-generation Elise, Exige and Evora models. They will begin to be launched in about three to four years once the new architecture that will underpin them has been developed.

Next year’s new model will retain Lotus’s famed driving dynamics while being more practical and usable every day than the existing models, with improved ingress, egress, ergonomics and infotainment, pointing to the Evora as its most likely base. It’s a bridge to the new era of Lotus sports cars, according to Popham. “There’s this one car, then the new platform,” he said.

Popham will then eventually expand Lotus’s product portfolio beyond the existing sports car range. The former Jaguar Land Rover executive and Sunseeker yachts boss has yet to decide on the specifics, but SUVs are the most likely outcome. Autocar also understands that a new seven-figure, electric-powered hypercar is in development as a limited-run ‘halo’ model for this new era of Lotus, codenamed Omega, although Popham has yet to confirm this. 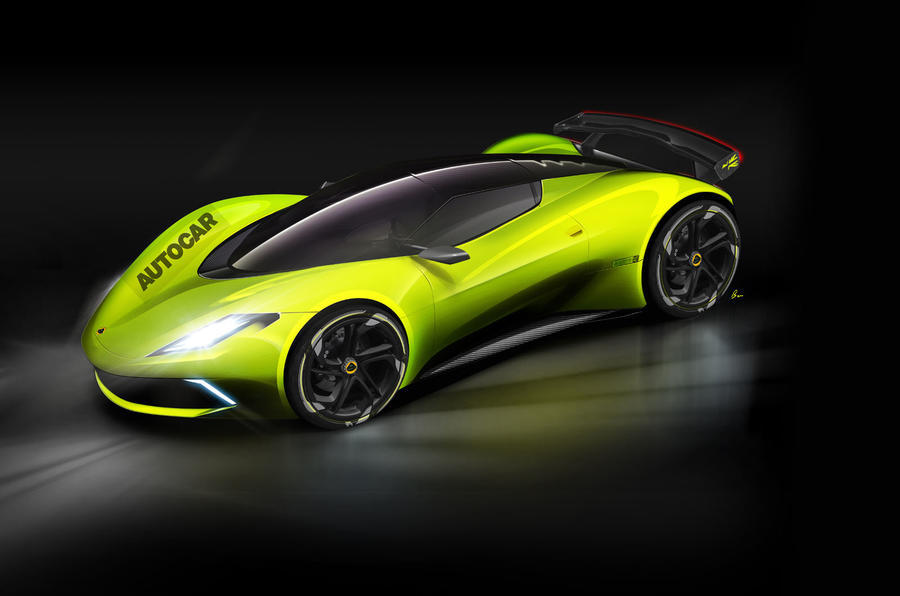 All future Lotus models will eventually use electrification, said Popham, but in exactly what format has yet to be decided. “The focus for now is on replacing the products we’ve got today – the sports cars,” he said. “In a long time, Lotus has not had sight of what is required. You need a longterm plan, a product plan and a business plan locked down with investment. We have that plan locked in.”

Lotus will also look to leverage the “huge opportunity” it has from being part of such a large and well-resourced group as Geely, said Popham. This includes “design, engineering and manufacturing opportunities” and the potential for shared architectures for future models beyond sports cars, as well as investigating the future of its engine deal with Toyota, which continues harmoniously for now.

On the finances involved with Geely, Popham said: “We’re not talking tens or hundreds of millions, but billions.”

On the wider role Geely can play, he said: “All conceptual work and product planning management will sit at Lotus, but we can and will sub-contract packages back into Geely.

They have lots of technology capabilities, a design studio in Coventry, engineers in Sweden, Germany and China. We employed 150 engineers last year and will employ more this year while also using the resource in Geely.”

Early development work has now started on the new sports car architecture, which may not necessarily retain its current bonded and extruded aluminium base if a better option is available. It will be developed to meet regulations in China and North America from the beginning. 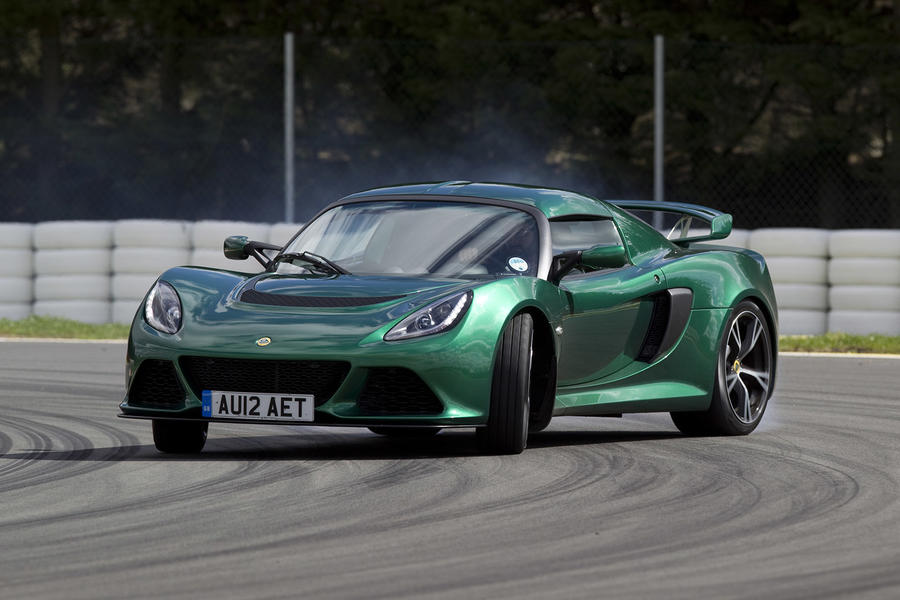 The Norfolk-based company is already expanding its Hethel headquarters, with plans approved for a new customer experience centre and museum. Lotus sold 1630 cars last year, but Popham said the capacity was around 5000. Hethel will remain the home of Lotus sports cars with associated investments to improve the facilities. The manufacture of future models, such as SUVs, will take place elsewhere.

Beyond sports cars, Popham said Lotus could enter “a number” of segments so long as all of its models retained the brand’s core DNA. He cited Porsche as a good example of how to grow. “Our DNA of driving dynamics, performance and lack of weight mean different things in different segments, but we’ll be renowned for them in the segments we’re in,” he said.

Popham added that future sports car models must take less time to make and be cheaper and more repeatable to produce as “the hours of build are too high”, while too many parts are used and their cost is also “too high”. This is the result of having architectures that have stayed in production for so long and a reason for Lotus’s inconsistent quality.

To that end, Lotus sports cars should remain accessible on price, believes Popham. He's not looking to expand the price point of its core sports car beyond today’s range.

Are you looking to shift Lotus’s positioning?

“We will build cars in the future with the DNA of today. They’ll have the same performance and handling, but will appeal to a wider audience. Our barriers to entry now are the cars’ practicality, the ingress and egress, the day-to-day use like ergonomics and connectivity. They will improve, but absolutely retain the purity.”

How can you refocus Lotus and help it grow?

“We’re going to do a lot on brand positioning: what it is, what it has been, and what it will be. This will then drive everything we do in the business, and most importantly the engineering team. The driving experience is at the heart of that. We will create the most dynamic cars we can but remove the barriers to purchase.”

“There’s an intention to grow it. Right now it’s about 15% of the group. We have several areas of expertise, in engine testing, lightweighting and aerodynamics, and it complements the group. We’ll do stuff for Geely but can go outside the group. It’s a brand in its own right and adds credibility, while also allowing us to do stuff outside the industry.”

Lotus models to be built in new China factory

over hyped is something i would be more inclined to say about ferrari, a company who's vehicles are often not actually anywhere near as good - in terms of build quality, reliability, and driving experience - as people tell themselves they are. Somehow they manage to get away with it, having only really got their act together in the last 20 years, while still not getting it right all the time. It always has appeared to be easy to sell a bad ferrari, and hard to sell a good lotus. As far as lotus and hype are concerned, i'd have said that such a small company, working to tiny budgets and related constraints, managing to turn out what they do to the standards that they do, is deserving of what hype they receive. The elise, developed on a shoestring budget, was the first car to have a bonded aluminum chassis; it's difficult to be pioneering when you have to get it right first time. The evora is a case in point about the budget problems. with car development a big chunk of the money goes on getting the production side of things sorted out - tooling manufacture, test runs, that sort of thing - along with type approval costs, and this leaves you with a car that can be fundamentaly sound but not without quirks, and in need of some "polish"; i present the evora mk1. People criticised it's issues, but given what lotus had in terms of funding a rescources, they did a cracking job. As more money becomes available, development continues, it gradually got lighter, better built, better appointed, faster, the quirks were ironed out, and still the total expenditure is relatively tiny. The esprit's v8 engine was designed and into production on around £2million, the elise mk1 on not much more than that. I'm not actually focussing on money with this, what i'm saying is that engineers at Lotus are very clever people, so clever in fact that half of the business is engineering work for other manufacturers, but this is difficult to discuss in detail as most of it is kept secret. No other car quite has the delicacy of a Lotus, hasn't got the feel, the suspension set up, balance, they're always a step ahead somehow, and this goes back decades, it goes back further than the "50 years of failure" you mention; 52 years ago they launched he elite, which had an all-compoite bodyshell, was complicated, difficult, and costly, to manufacture, but very clever and pioneering. Difficult to do when you haven't got money to burn, but they did it. What we have with that elite is a prime example of what is - to me - part of the magic of lotus; it was small, had a small engine, but when it came to racing it was dancing around things you'd expect to leave it standing; it was in the economy class at lemans, but spent its time stalking mustangs. The caterham 7 started off as a lotus, a car Chapman described as "the sort of design you can dash off in a weekend". i could go on about things like this, but i've already gone on a bit longer than you can probably be bothered to read. Formula 1? first with monocoque construction, stressed-member engine and gearbox, ground effect, active suspension, as ever done on pocket money budgets, with comparatively little resources. When Jim Clark was driving for them, the f1 team had 7 employees. When you're looking at car manufacturers with a view for where the brains are, the ingenuity, the dare to be different avante garde, there aren't many places to turn; citroen, lotus, arguably saab, that's about it. As a child growing up, i woke up to the engineering of cars when i was about 6 or 7 and it was citroen's fault; as i stood in a car park, refusing to move while i watched a bx lift itself off the ground and listening to my dad saying something like "big citroens are different son, there's no cars like those", cars changed forever and the technicalities took over from styling and top speed. Then Lotus entered in to things, and from then on it pretty much felt like most companies didn't really try, the ac cobra didn't feel special any more and the elan sprint ruled the world. alongside the cx dtr turbo 2. A lotus doesn't need a big engine to be fast, and it doesn't need to be fast to feel special. No other car company can do what lotus do, especially when you take in to account the constraints. I can't speak for eseaton, but that's my take on things.

turn round Lotus the same way they have Volvo, some of the major players should start getting worried, and remember they (Volvo/Geely) already have a phev powertrain good for nearly 600bhp in the Polestar 1, and a Lotus version of that could be a good starting place..

I would love my deep love of Lotus to allow me to buy something from them that could be enjoyed with my teenage children. And not be an SUV.

Not a wind-up, but would be interested to hear what caused this 'deep love' you reference. I confess to being a cynic when it comes to Lotus, so much wasted potential, and 50yrs of over hyped failures.