BACK TO ALL NEWS
Currently reading: Style vs substance: cars which might surprise you
UP NEXT
Rodin FZero: V10 weapon aims to be world's fastest car

That feeling when a car fails to live up to its good looks… It's not great. But the opposite can be true too
Open gallery
Close

Recently I revisited the BMW Z8 for the first time since I drove it new. Such a wonderful-looking car; such a disappointment to drive. The only thing that warmed me to it was the pleasure of the naturally aspirated engine, a manual gearbox and no infotainment.

You couldn’t give a Z8 away when it was nearly new, but now they’re worth a fortune. It just shows that desirability isn’t only about the driving experience; great looks can make up for wonky dynamics. Throughout history, there have been cars that look fantastic but drive like a shed. And the reverse is also true: cars that look dreadful but which are absolutely brilliant to drive. One that stands out from memory is the Nissan Primera eGT from the early 1990s. You wouldn’t call the Primera ugly, but bland it certainly was.

I remember going to the late Peter Gethin’s driving school at Goodwood and was surprised to discover that it had a fleet of Primeras. I understood after a lap, because the eGT, as well as having a 150bhp engine, had an excellent chassis, thanks in part to multi-link front and rear suspension. 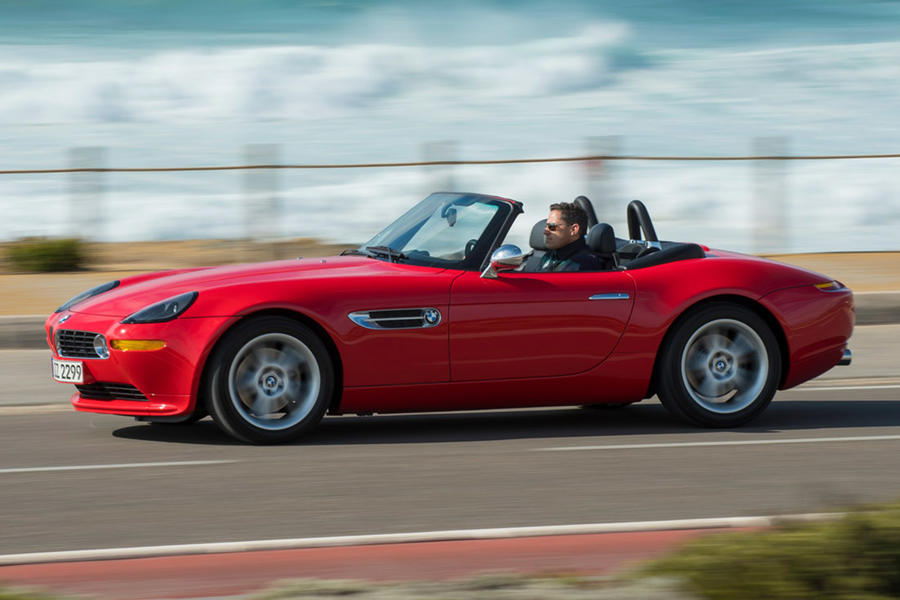 But I can easily trump the Primera with the supreme example of the good-to-drive but appalling-on-the-eyes machine. I’m talking about the hideous Reliant Scimitar SS1. It’s hard to believe that the genius behind the Triumph Spitfire and Stag, my hero Giovanni Michelotti, designed this Reliant. The SS1 had a feeble Ford CVH powerplant, but the later SST used a 1.8-litre turbo engine from the Nissan Silvia. With 135bhp under the bonnet and well-sorted independent suspension, the SST was great to drive if you were prepared to risk your friends seeing you in it.

Let’s go back to the Z8 and some other incompetent beauties. How about the Ford Capri? Fifty last year and an object of much nostalgia if you grew up in the UK in the 1970s and watched a lot of TV. Wonderful styling, especially in pre-facelift Mk1 form, that led you to believe you were about to drive a pure sports machine. It drove like a Cortina. The Capri eventually became reasonably sophisticated and was always lovable with a 3.0-litre V6 but, with a feeble Crossflow under the bonnet, it was best left parked.

The Fiat Group, and especially the Alfa Romeo division, has contributed many fine-looking machines that turn out to be as dynamically able as a shopping trolley. The two Alfas that really stand out are the Brera and the 4C. The Brera is a stunning-looking coupé that’s instantly recognisable. Add to this shape one of Alfa’s fabulous V6 engines and you should have an instant classic. Unfortunately, Alfa also added a lot of weight – indeed, so much that rival engineers couldn’t understand how the Brera could weigh 1800kg.

It’s also rather hard to understand how Alfa managed to make such a mess of the 4C. The ingredients were premium quality with carbonfibre prepared by Dallara. The final result, however, particularly in Spider form, is one of the most incompetent sports cars that I’ve driven.

To many, the criticism of those Alfas will be sacrilege, but just to prove that there’s no xenophobia here, I will nominate a couple of home-grown beauties whose appeal fades when you start their engines. Ever since childhood, and specifically watching Daktari on the telly, I’ve loved the look of a Land Rover. Then, as an adult, I drove one. It was an ex-army Series 2 and, since then, I’ve driven all subsequent generations. All are terrible to drive unless you’re in the jungle.

The snotter in high-class clothing is the Jaguar XJ220. I didn’t like the V6 engine, I didn’t like the inadequate brakes and I didn’t like the fact that it was very difficult to feel what the car was doing. I drove both an XJ220 and a F40 on the same day at Donington Park. The Ferrari was quick and focused the mind, but it was easy to feel its limits. I couldn’t feel the Jag’s and nearly lost it at huge speed through the Craner Curves. 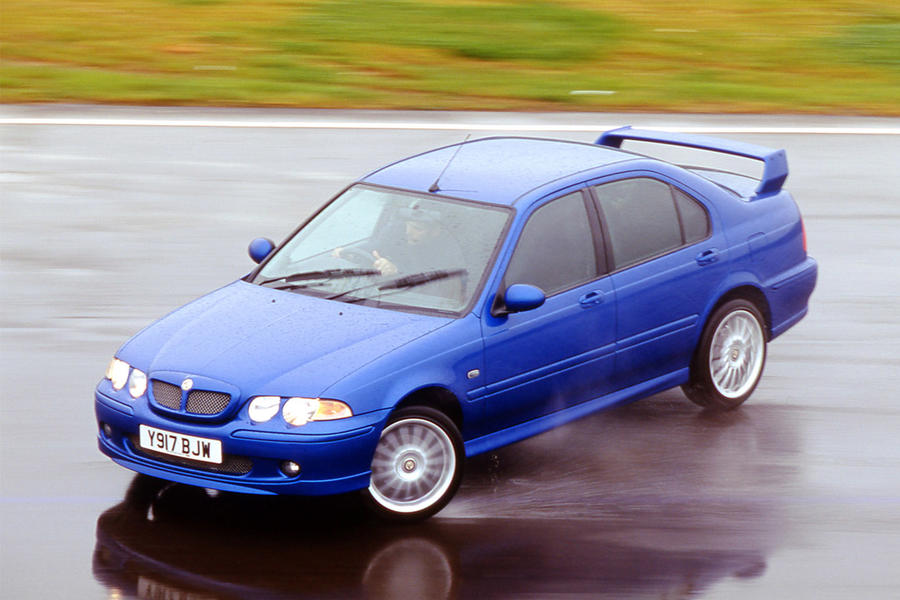 A Brit in the other camp is the MG ZS 180, created during the death throes of Rover by a hugely talented (and fast-working) team of chassis engineers. By carefully tuning the bushes, springs and dampers that were attached to the Honda-designed suspension, a dull-looking Rover 45 saloon was turned into a dynamic wonder. And with Rover’s KV6 engine, it was even brisk.

These engineers did similarly clever work on the 200 and 75 to create the ZR and ZT. They were also good, but they didn’t have the strange appeal of looking as dull as a wet afternoon in Bognor Regis and didn’t drive as well as the ZS.

The Peugeot 205 GTi has acquired hero status, but a car that shared its underpinings and propulsion system, the Citroën Visa GTi, has not. The 2CV, Ami and other Citroëns are quirky; the Visa is simply ugly. Which is a shame, because it’s possibly an even better car to drive than the Peugeot. I owned a 205 GTi but wouldn’t have handed over a fiver for a Visa GTi. I’m wiser now and would welcome the Citroën onto my drive.

Mercedes-Benz, having given us the rock-solid and tasteful W124 E-Class, then completely lost the plot and replaced it with the W210. Quality was absent, rust was prevalent and those ghastly headlights… All the more frustrating that the E55 version, which was essentially the first of the mass-market AMG models, was a such a great car to drive. Go further back in Mercedes’ history and you’ll find cars that fall into our other category. The 1950s 190SL is a lovely looking car, the poor man’s 300SL, but drives like a worn-out taxi.

Porsche has a long history of producing cars that drive wonderfully but fail the beauty contest. Going right back we have the 914 and, more specifically, the 914/6. Porsche’s project with Volkswagen could never be called attractive but was a cracking car to drive – especially the six-cylinder version.

More recently, however, we have the original Porsche Panamera. I remember being at an Autocar Handling Day at Goodwood. I was in a Panamera, chasing Steve Sutcliffe, who was driving a Jaguar XFR. He had 500bhp to my 300-and-something and is a far quicker driver than me, but I was stuck to his rear bumper lap after lap. The Panamera is dynamically excellent, just like the Porsche Cayenne. But like that SUV, it’s also hideously ugly. 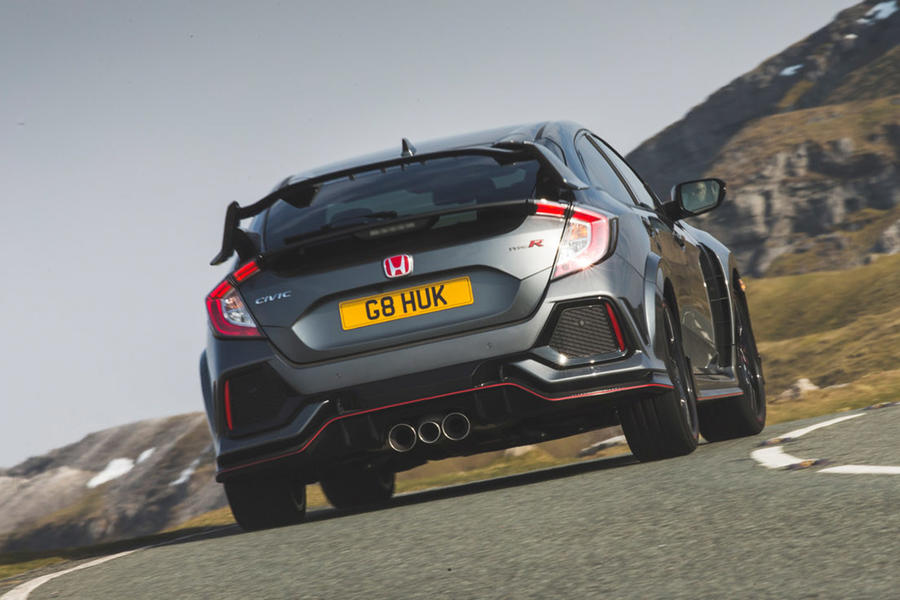 The reigning king of the ugly-but-great brigade is today’s Honda Civic Type R. A styling mishmash, but of all the crop of super-hot hatches, this is the finest to drive. It really depends on where your priorities lie. When I was younger, I drove faster, the roads were more open and speed cameras didn’t exist, how a car drove was more important to me than its looks. Now I’m more in the other camp. That said, like most of us, when it comes to handing over money, I want a car that goes as well as it looks.

Looking into the future, I see a shortage of cars like these from both sides of the equation. The new BMW 4 Series is bound to be a brilliant car to drive, because the latest 3 Series is, but that massive front grille is obscene. In fact, BMWs in general are becoming cartoon-like.

The popularity of SUVs and crossovers is largely to blame, because hardly any of them are stunning to look at and very few are much cop to drive: centre of gravity is too high, whole plot feels uninvolving. If you don’t agree, sort yourself out a back-to-back test drive in a Jaguar XE and Jaguar E-Pace.

I can’t see Alfa Romeo doing another car like the 4C, because I doubt there will be a business case, but if it did, surely it would take more care with its dynamics. In fact, the business case for anyone doing a relatively low-volume sports car is looking wonky.

There’s also the fact that very few cars are truly flawed these days. Even Morgan has got its dynamic act together so that its cars’ charming looks and the way they drive aren’t so far apart.

Perhaps it’s a good thing that almost all cars drive pretty well these days, but it’s not so good that design has become so homogeneous. I miss events like driving the Noble M10 (remember that?) for the first time and being staggered that something so ugly drove better than, or at least as well as, a Lotus.

Next Mercedes-Benz SL will return to sporting roots

Panny is a Used Car Bargain

The older Porsche Panamera's are starting to look like a used 'bargain' if you can get past the looks.

I was given a 7th gen Honda Civic 5dr by a local dealer to use while my car was being serviced. In 5dr form I always found it somewhat ungainly to look at, but after 5 mins at the wheel I found it to be real hoot to drive; smooth, rev happy engine, snickety gear shift, comfy, supportive seats and plenty of interior space. I just really struggled with the looks.