BACK TO ALL NEWS
Currently reading: Used car buying guide: Triumph Spitfire
UP NEXT
How the Bugatti Chiron became the first 300mph road car

Triumph’s Spitfire has seductive looks, attractive pricing, readily available parts and – sadly – an unhealthy appetite for rust. We tell you how to spot a good one
Share
Open gallery
Close
Share story

Spitfire: the name conjures up images of swooping around the lanes, silk scarf flying. Until, that is, the little car’s engine goes pop and you’re left at the roadside wondering where all that steam’s coming from.

Best we get in that reality check early on. The thing is, a Triumph Spitfire is such a pretty little thing and so darned cheap (you can get a tidy runner from £3500 and probably less) that the temptation to throw down this magazine and buy one right here, right now might be overwhelming. Resist it. Instead, look around and, above all, take a knowledgeable and sceptical mate with you when you’re allowed to go out shopping again. 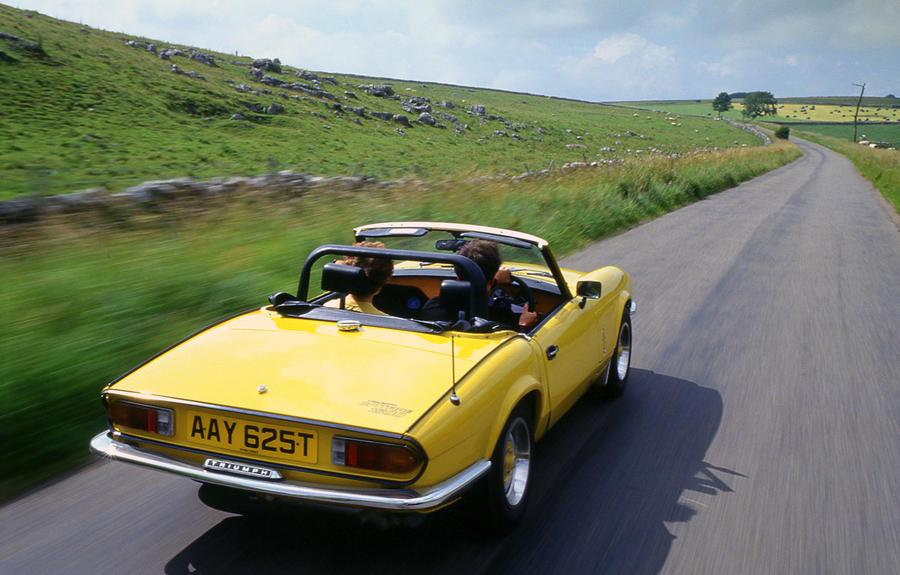 As the 1970s dawned, the Mk4 arrived with refreshed styling, an all-synchromesh gearbox and revised swing-spring rear suspension that tamed the back end. The dashboard was made full length and the instruments moved from the centre console to the driver’s side.

In 1974, the Spitfire gained the popular 1493cc engine that powered it through to last orders in 1980. It’s torquier than the 1300 but not quite as reliable. More rear suspension tweaks improved the handling still further. As an indication of how light the car was for much of its life, this last version was the heaviest at 851kg.

On your travels, you may encounter the occasional US-spec Spitfire. The Americans loved the car but clobbered it with extra emissions kit, heavy bumpers, lengthened outriggers and one carburettor rather than two. We found a lovely rust-free 1979-reg example with a faithfully recorded service history, up for £8000. It looked very tempting but experts advise against buying US-spec Spitfires, which, they say, are slow and heavy and not at all like Euro-spec cars.

It’s a shame but the fact is you don’t need any more problems when buying a Spitfire. The oldest are 58 but even the youngest are 40 years old, which, incidentally, makes them MOT exempt. Mechanicals can be fixed but rust is the big issue that costs lots of money to put right properly.

Parts are freely available. You can go for remanufactured but we like the idea of original bits from a breaker such as Spitfire Graveyard (spitfiregraveyard.com). Owner Dave Loversidge says he regularly gets one old wreck through his doors each week and has a queue of customers for the best bits. One day, we’ll be appalled that so many Spitfires were disposed of in this way but their parts are at least bringing more promising examples of this lovely car back to life. 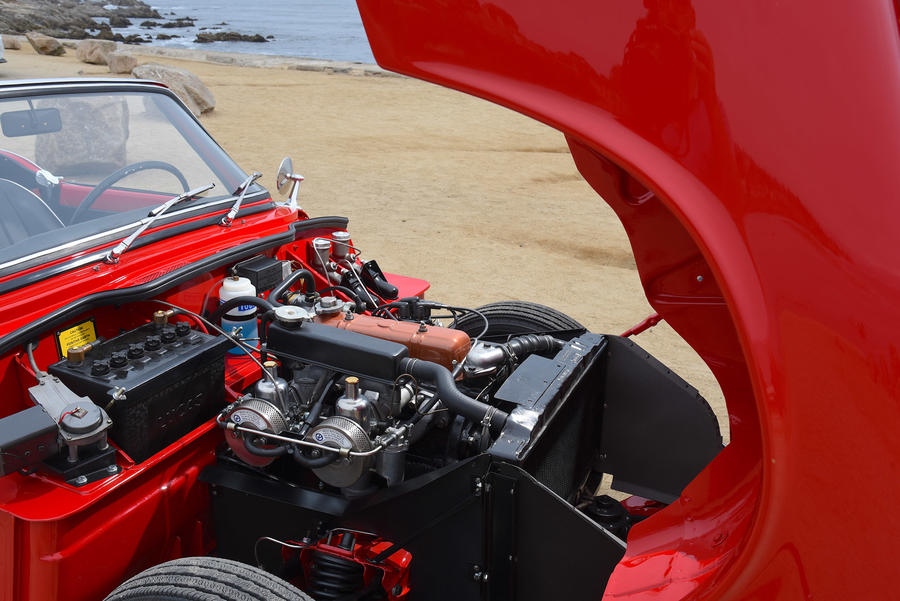 Mark Pattinson, Enginuity: “The Spitfire is a pretty little sports car. Its problem is that it’s so cheap. Most people are unwilling to spend what it takes to put right all the rust that breaks out on sills, arches, floors, windscreen pillars… Restoring one properly is very expensive. It’s why you need to be wary of partially restored or bodged cars. Always take a magnet with you so you can identify body filler. Most parts are available either remanufactured or from breakers so you should never struggle to get what you need.”

■ Engine: Coolant leaks that create an oil and water sludge around the oil filler neck, rumbles and misfires… Look, listen and feel for all of these. Check the condition of the carburettors and the fuel lines going to them.

■ Gearbox, drivetrain: Listen for worn synchros and a worn layshaft. If the engine’s been uprated, check the gearbox was refurbished. Have your ear cocked for diff whine and feel for propshaft vibration.

■ Steering, suspension: The unassisted steering should be direct and free of play. Lift the bonnet and check the condition of the rubber steering rack mounts. Inspect the front suspension and rear leaf springs. Grip each wheel and rock it, looking for play in the links and trunnions.

■ Wheels and brakes: Feel for worn wheel bearings. Make sure that the brake calipers aren’t seized, the handbrake works and the brake lines haven’t perished.

■ Body, roof: Check every inch of the body, the chassis and the underside for rust as well as for filler. Make sure that the hood is free of tears and that it opens and closes smoothly. 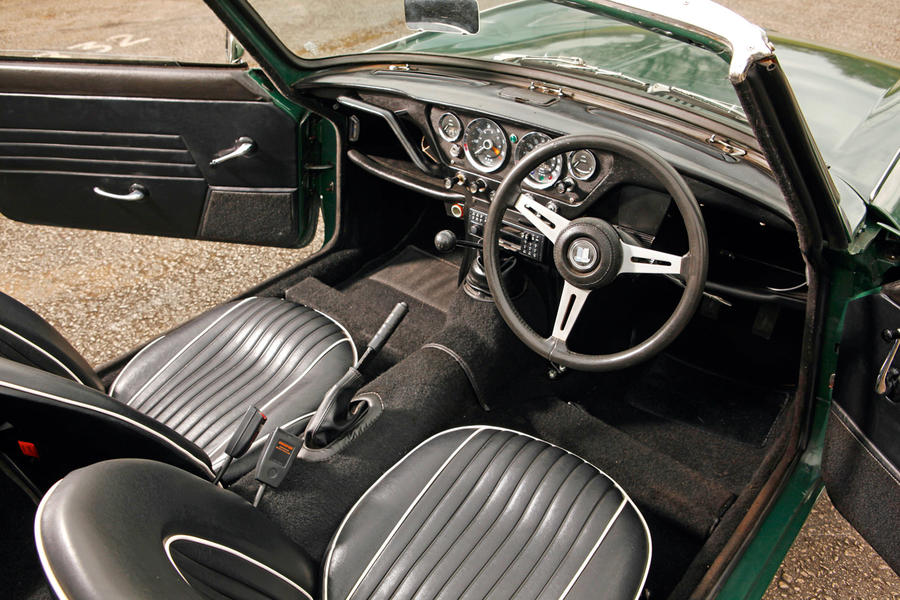 ■ Interior: Check the seats slide and their backrests adjust. The wiring behind the dash will look jumbled but anything messy or sagging suggests recent work. Make sure all gauges work.

So long as no substantial changes have been made to it, any car registered more than 40 years ago does not require an MOT. However, the law states a vehicle must be roadworthy and the government suggests owners might want to have their vehicle MOT tested anyway, to be on the safe side. Given how vulnerable the Spitfire’s suspension and braking systems are to neglect, you should insist on a fresh MOT before you agree to buy one. 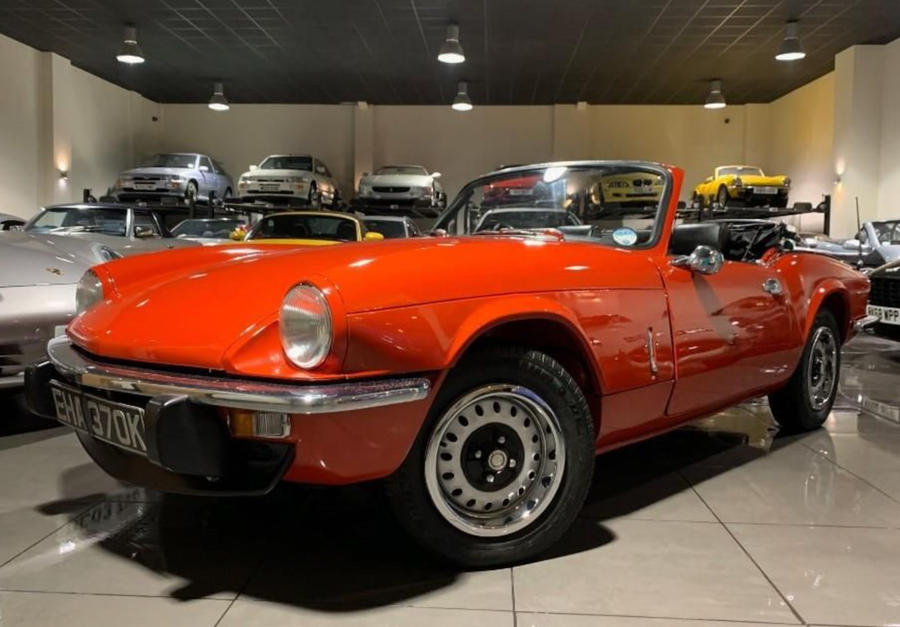 Triumph Spitfire 1300 Mk4, 1972, 93,000 miles, £5975: Restored by the previous owner (which may be a good or a bad thing depending on their experience and depth of wallet), this Spitfire looks clean and bright. The 1300cc engine is rumoured to be stronger than the more plentiful 1500cc.

The test of time: The best cars from the Autocar team's birth-years

Prefer a US car

Getting a dry-state US car (without rust, and 40 years of rust-bodges/ filler), and swapping engine bits is far far easier than getting a dodgy UK car.

If only someone could prise the Triumph name from the clutches of BMW and make a range of well built, retro fun cars. A bit like what BMW did with Mini but in a less cynical way.

You could have the stripped-out bargain entry-level spitfire convertible combining low weight with a peppy, small, efficient engine. Then a mid-range sporting saloon / coupe along the lines of the Dolomite Sprint, finishing with a high-end (ish) sports GT / convertible like the Stag or TR6.

It will never happen of course due to where the motor industry and legislation has gone, as well as rising costs, especially now Coronavirus is damaging the world economy.....but a car enthusiast can't help but dream.