There are some popular (and exhausted) metaphors that employ the opening or building of new doors in an attempt to hearten the dismayed. But for many hot hatch devotees, being told such a thing would have quite the opposite effect.

Back at the dawn of the hot hatch proper, the class contained cars such as the Renault 5 Alpine, Ford Fiesta XR2 and Volkswagen Golf GTI, all three-doors. In fact, most of the regular small hatchbacks on which these hooligans were based were also sold predominantly with awkward access for the rear passengers. 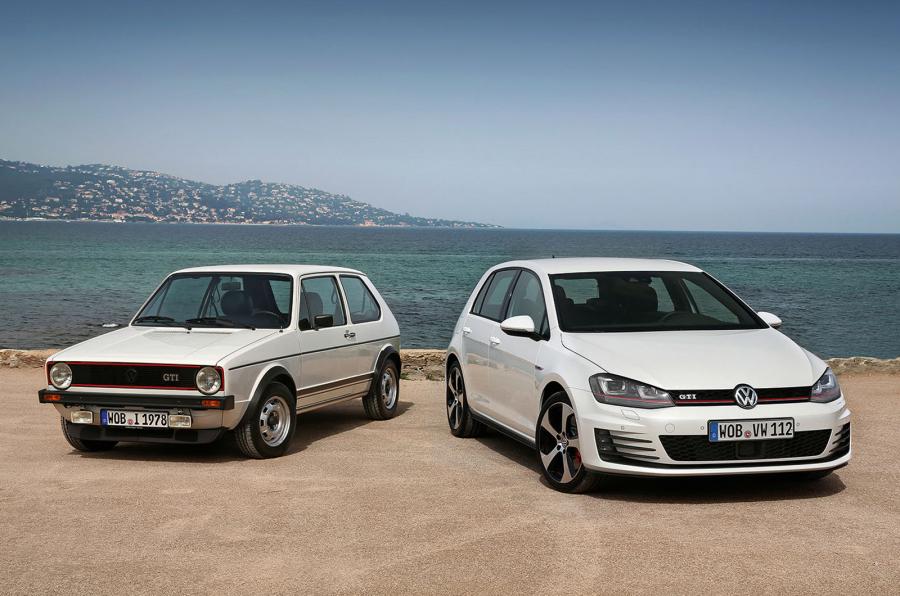 Nowadays, the larger hot hatches – Honda Civic Type R, Renault Mégane RS and so on – are mostly available only in five-door format. Even the smaller models, such as the Suzuki Swift Sport and Volkswagen Polo GTI – have gone or are going the same way. The Ford Fiesta ST is among the lasts bastions of hot hatch traditionalism.

In the time between, most allowed you to choose, starting with the Citroën AX GT5, named so because, of course, it had cinque portes, which Autocar described on 8 November 1989 as “offering extra versatility in a fun though uncomfortable package”. 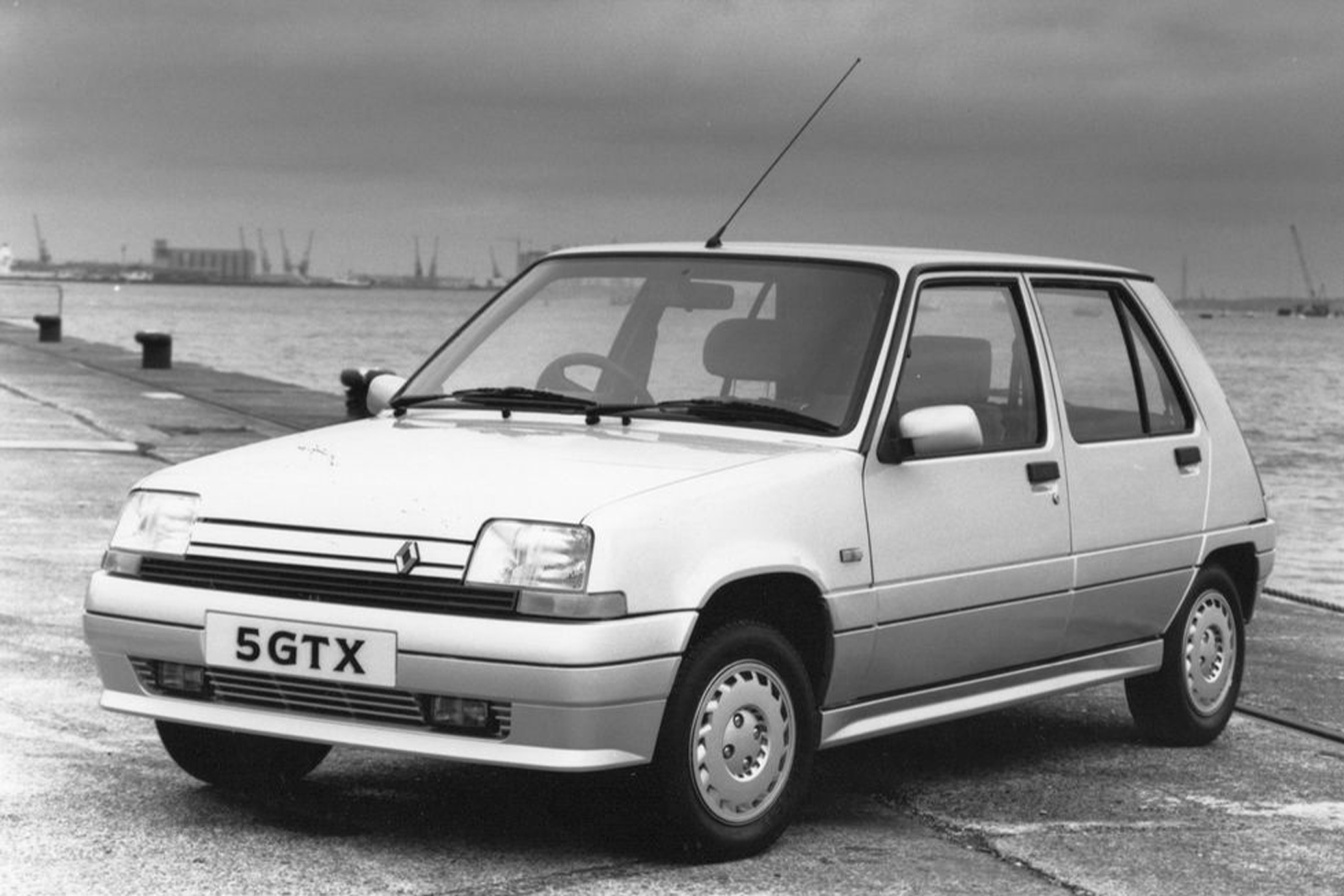 “And you’ll look in vain for a rival; only the Renault 5 GTX comes within sparring range, and that’s because it pairs a fairly big engine (1.7 litres) with a compact five-door body. It studiously avoids the fast hatch image, leaving that to the 5 Turbo. Even so, it has the price (£8465) and performance to challenge the Citroën.”

Mechanically, the AX GT5 had a few changes over the AX GT. “The engine is equipped with a twin-choke carburettor. Reworked inlet ports and a high-lift camshaft are introduced to accompany this increased intake flow, while a revised ignition curve and freer-flowing exhaust system also aid efficiency. The net result is 85bhp at 6400rpm and 85lb ft at a similarly revvy 4000rpm.

“The GT5 is more exciting to drive than the performance figures suggest. While the standing quarter mile is covered in a so-so 17.6sec and 60mph comes up in 10.1sec, the little Citroën feels for all the world like a real firecracker. The main reason for this impression is superbly crisp and eager throttle response, the effect of which is little short of breathtaking in the lower gears. 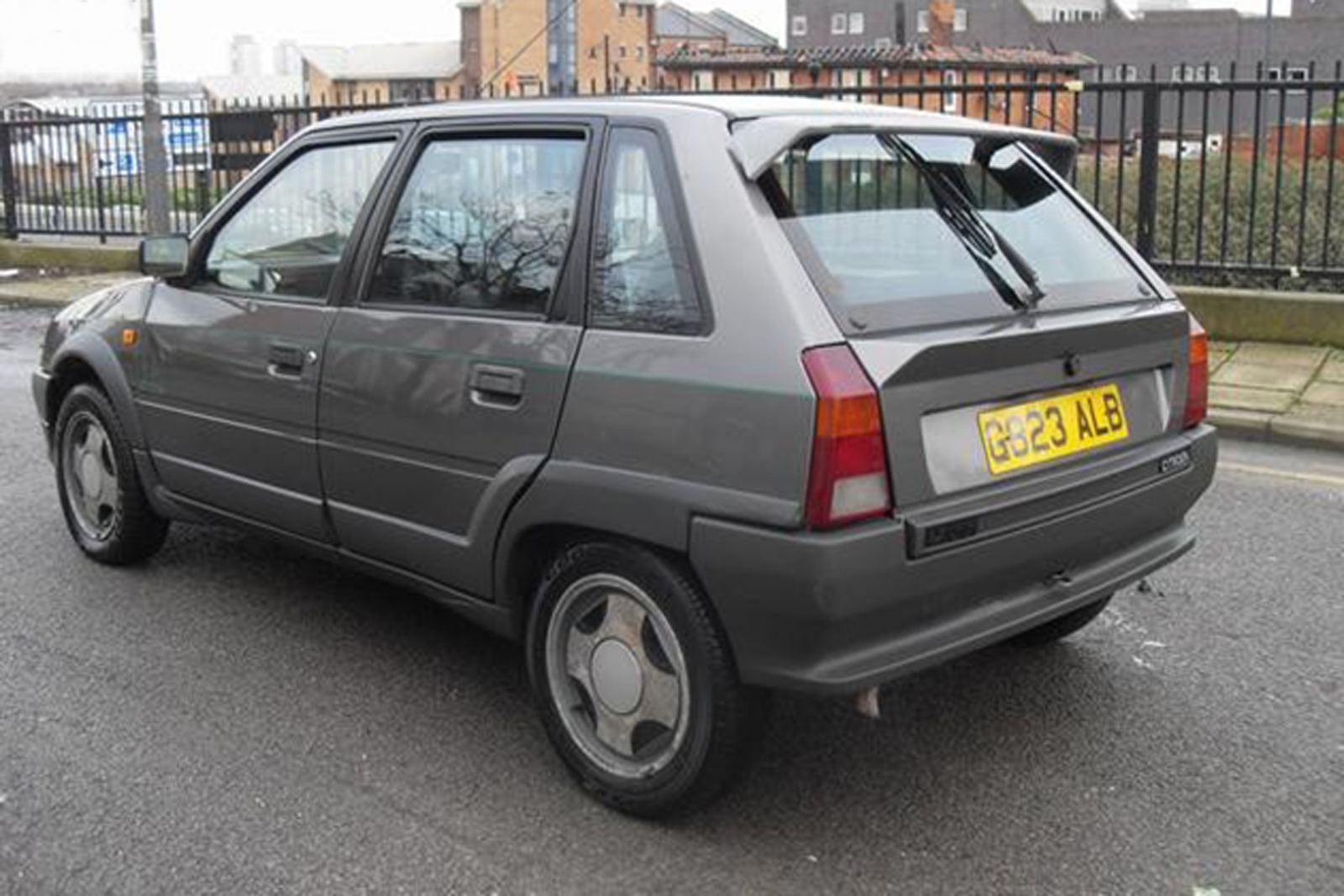 “Initial throttle movement liberates impressive gobs of power and torque, but it’s a hard act to follow. Thereafter, the rate of acceleration doesn’t quite keep pace with the progress of the throttle, but, wide open, the GT5 finds a new lease of life and steams forward once more.

“Mid-range urge is admirable, with engine torque coming in strong once the short 3.9:1 final drive ratio and low body weight have played their part in getting the whole show up and running. As the 7000rpm redline approaches, the engine becomes uncomfortably loud, too. 'Hard-working' is the best way to describe the engine note, dominated as it is by valve noise. You wouldn’t call it thrashy at any point, but neither is it unobtrusive.

“While not the last word in precision, the shift quality of the Citroën’s five-speed ’box is nevertheless as light and fast as your left hand can make it. The ratio spread is excellent, too, with second and third quite close to keep the action flowing.

“The GT5’s dry-weather handling is probably its most endearing quality. A car to be driven using subtle movements rather than ham-fisted harshness, it will point into corners and rapidly change direction with a minimum of steering input, yet it never feels nervous or edgy. The rack and pinion steering is very direct. 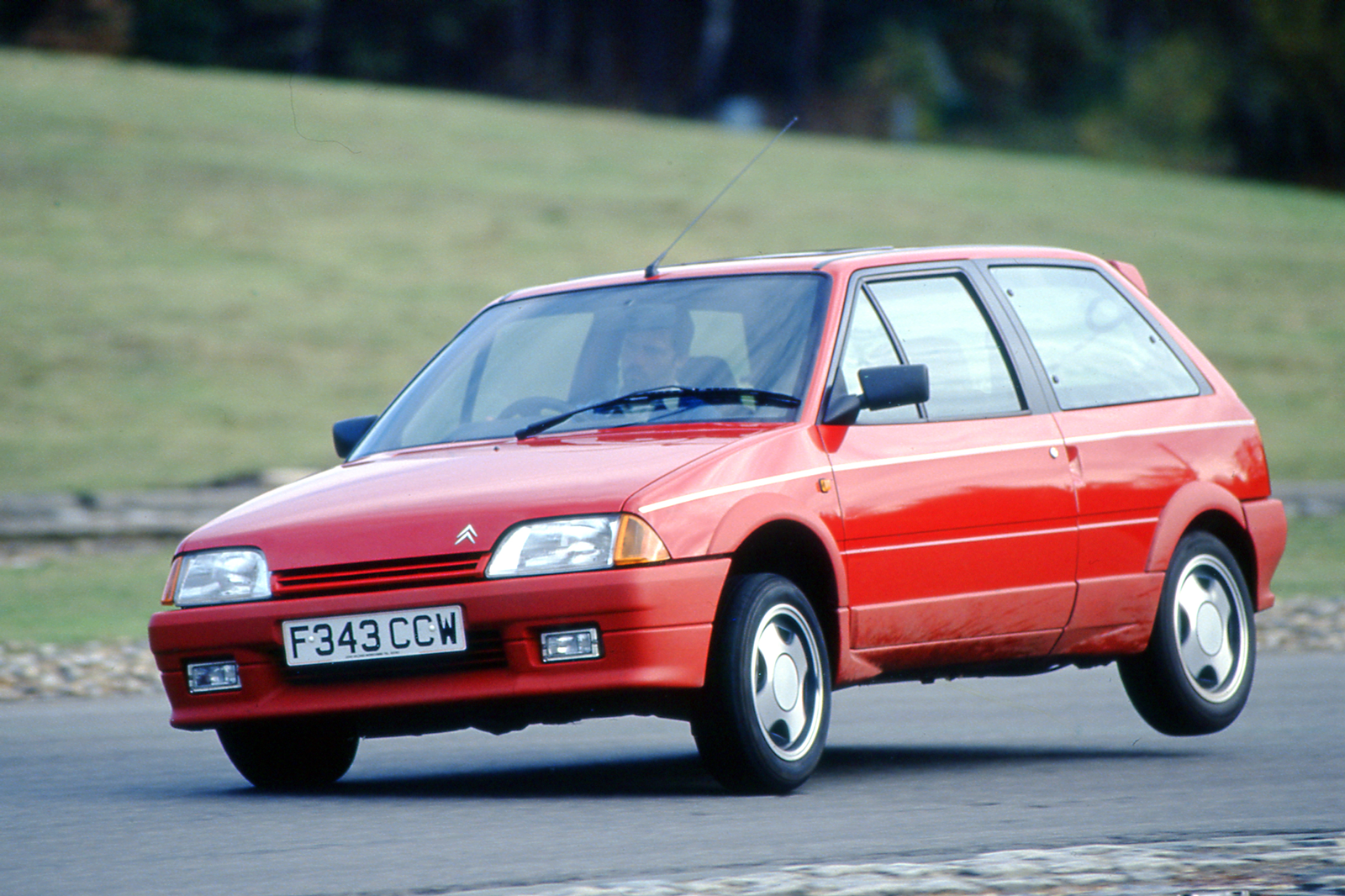 “Roadholding reserves are surprisingly high and the limit arrives gradually and with good warning. Understeer builds up gently and can be moderated with the throttle, although we did detect a certain skittishness in the wet that required a skilful touch to counter. Body roll is well contained, but the AX GT5 doesn’t corner quite as flatly as the Peugeot 205 GTi.

“The brakes are a little disappointing. The fronts lock up prematurely in the wet. The pedal gives a slightly dead feel and, when coupled with inconsistent stopping power, doesn’t inspire as much confidence as the chassis.

“That the AX GT5 rides as well as it does is something of a surprise. A car with so little weight, such a short wheelbase and relatively firm suspension could be expected to deliver a harsh, choppy ride. Nothing could be further from the truth. Not only is the AX GT5 unfussed by mid-corner bumps, but its long-travel suspension is also positively spine-friendly in the way it absorbs bumps and dips at any speed.”

So, the AX GT had proven that it was just as brilliant to drive in five-door form as it was three-door form, but just how practical was it, really? 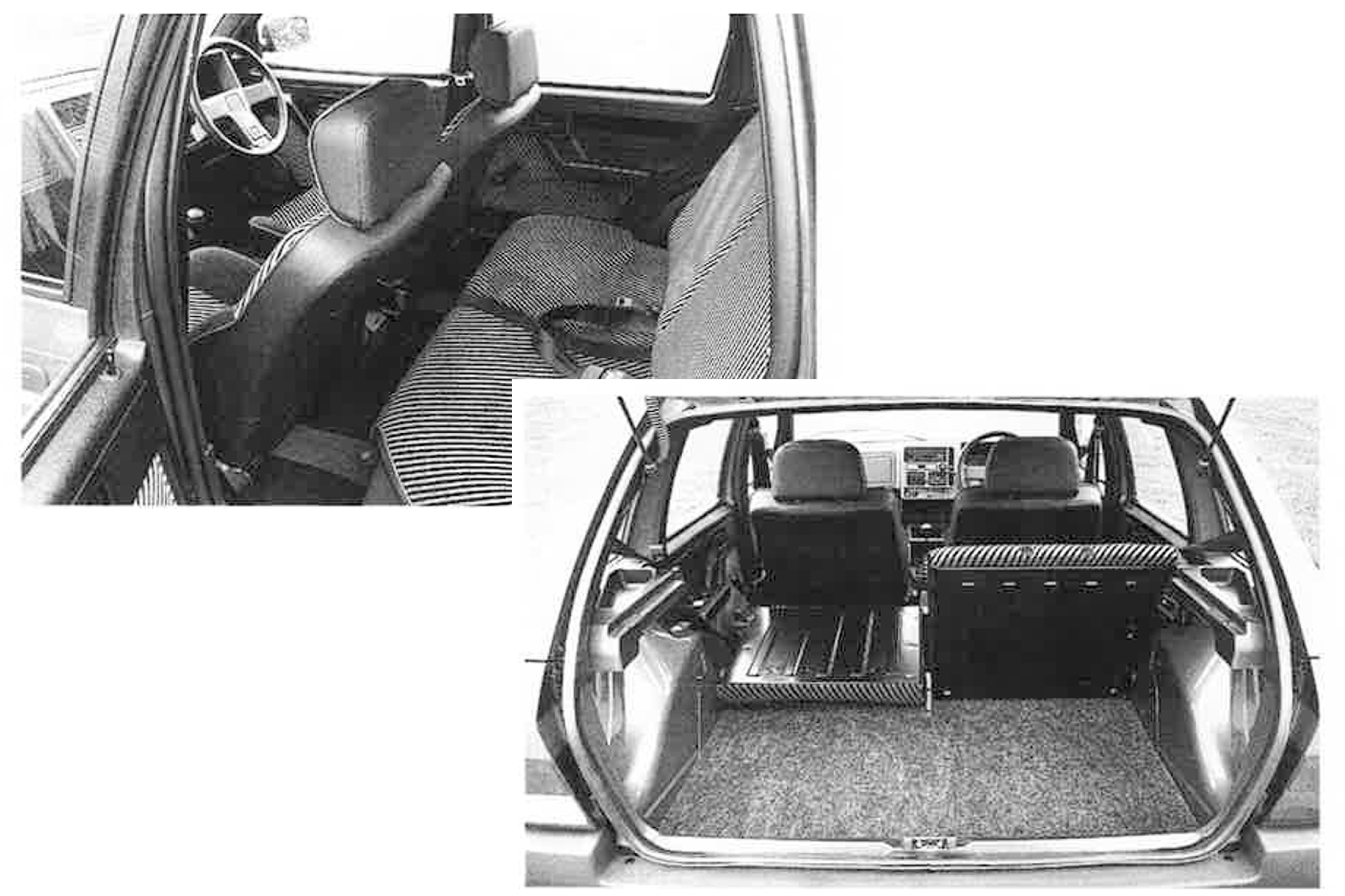 “Rear seat accommodation isn’t at all bad," we said. "Six-footers will find reasonable comfort on anything up to a medium-length journey. Wide-opening rear doors allow easy entry and exit.

“The boot is a greater compromise. Lifting heavy objects over a relatively high lip doesn’t make things easy, and once inside, the available space is moderate.

“The driving position is less satisfactory than the sporty trims of the interior. Citroën has improved the offset pedal location, but it still favours the left of the footwell. At least this is now tolerable. However, the same can’t be said of the front seats. There’s almost an excess of bolstering around the thighs but a lack of support underneath. Your upper back is thrust forward, forcing the driver into a slightly slumped pose; after an hour or so, at least one of our testers wound up with back ache.

“And it doesn’t end there. The non-height-adjustable seat and fixed-position steering wheel gang up on the taller-than-average driver. It seems to be a case of the wheel being too low rather than the seat being too high.”

So, in conclusion, did Autocar predict this five-door hot hatch to be an oddity, or a sign of things to come?

“The AX GT5’s real charm comes not from LCD displays and interior tinsel, but a strongly identifiable on-road character. Despite the imperfect driving position, ill-conceived instruments and indifferent brakes, it’s hard to write this car off (well, actually…). Time and time again these factors hung like a lead weight around this car’s neck, only to have a succession of sweetly balanced corners arrive just in time.

“On balance, the AX GT5 is a car you either like or you don’t. Its drawbacks are matched by the good times it willingly offers an energetic driver and the versatility of its five-door layout. For many people, that will be more than reason enough to buy."

Owned a 3Dr AX GT mk1 in the mid 90's. Remember lots of lift off oversteer especially if provoked around roundabouts. Didn't want to let it go but at 125000 miles it was due a bit of bottom end work I couldn't afford so I sold it!
catnip 29 September 2017

A point that should be taken

A point that should be taken from this article is that you had the choice of 3 or 5 doors, something which is being taken away from you nowadays. Manufacturers keep saying that no-one is buying 3 door hatches..  really?  I see loads of 3 door Fiestas and particularly Corsas on the roads, the latter particularly favoured by young males. There's no doubt hot hatches look far better in 3 door form, no matter how often makers and journalists tell you that hiding the rear door handles makes all the difference.

My mum had one when I was in

My mum had one when I was in my early years - I do remember it. She said it's one of the best, if not the best car she's had - if we get on the topic of cars it often gets mentioned! Must have been as good as the article reads!