BACK TO ALL NEWS
Currently reading: Modern-day 914 on the way, hints Porsche
UP NEXT
First drive: 2022 BMW XM prototype

Porsche has talked openly about the possibility of bringing back the 914. The move has fuelled rumours that the German car maker is actively preparing the way for the launch of a new back-to-basics model aimed squarely at enthusiast drivers.

In an official interview posted to its Newsroom website, Porsche has detailed the history and design of the 914, launched in 1969, recognising it as a successor to the iconic 550 Spyder and describing it as a “typical Porsche” in terms of engineering.

It also asked if there is a future for the mid-engined 914 in an interview with head of design Michael Mauer.

Mauer said that a “cheaper, entry-level Porsche would be the right thing to do”.

He added: “We have this discussion all the time… A modern 550 in the broadest sense – a very simple, unpretentious car.”

Mauer – who recently relinquished duties as head of design for the Volkswagen Group to focus on design operations concentrated at Porsche’s Weissach R&D centre – hinted that Porsche is considering two alternatives for a spiritual successor to the 914 in a move aimed at reaching out to young customers.

The first is what he described as “a car with almost no electrics, everything mechanical, puristic”. The second, he said, is “a car for a target group of people who drive Audi TT RSs or Golf R32s”.

Mauer, who is credited with the design of the original Mercedes-Benz SLK, indicated that internal discussions about a modern-day 914 at Porsche are split along two lines.

He said: “Sales might see things differently. From this standpoint, a much cheaper entry-level Porsche would be the right thing to do – but that’s not my approach.”

Instead, Mauer called for a “puristic, reduced, back-to-the-roots” type of car. “I think the time has come. That would be typically Porsche again,” he said.

Mauer praised the styling of the original 914, saying: “To have the courage to design something like this, so big but without a swage line, without fashioning everything, that’s really fantastic.”

His comments also reveal that work to revive the mid-engined model has already progressed beyond discussions into a design phase. He said: “Modern, reduced style – the more I work with the 914, that’s exactly what I’m fighting for now. This reduced, puristic approach. Integrating things. Not one line too many.” 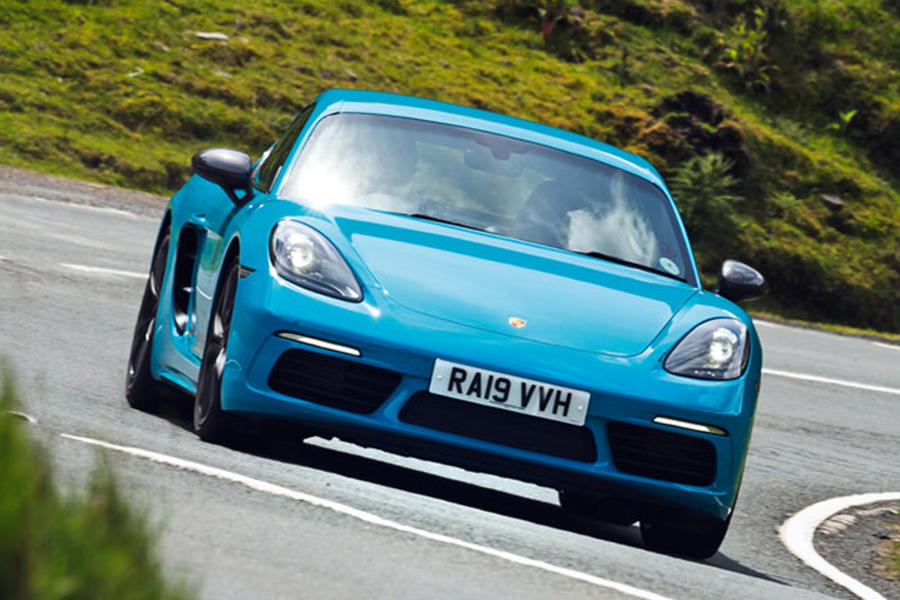 Whether a 914 successor would remain faithful to the original in terms of combustion-engine propulsion remains to be seen.

In theory, Porsche has the perfect powertrain in the form of the compact, mid-mounted flat-four turbo motor in the 718 Boxster and Cayman – perhaps with revisions to help it appeal more to purists.

A fully electric powertrain – such as that set to be launched in the 718 models by 2022 – is also a possibility, but Mauer’s description of a car with “almost no electrics” appears to counter that.

I wonder if it will be around the £17,500 price point a 914, adjusted for inflation, would be at today's prices. Let's see how true to the original they are going to be!

"...having an engine which

"...having an engine which sounds like it came out of £1500 worth of knackered Impreza Turbo..."

Believe it when I see it

They keep talking about this every few years but it never actually happens. If they were to actually deliver a Porsche MR2/MX-5 for c.£30k+ I suspect it would sell like hot cakes though, and having an engine which sounds like it came out of £1500 worth of knackered Impreza Turbo would be far less of an issue than at £50k...