BACK TO ALL NEWS
Currently reading: History of Ford RS in pictures
UP NEXT
First drive: 2022 BMW XM prototype

History of Ford RS in pictures

Ford has confirmed it won't launch a new Focus RS. We console ourselves by looking at the history of the RS brand
Open gallery
Close

Ford confirmed this week that the Focus RS is no more, blaming “emissions standards, increased CO2 taxation and the high cost of developing an electrified RS for a relatively low volume of vehicles” for the axe.

But where did it all begin? First came the famous tie-up with Lotus in 1963 that produced the Mk1 Lotus Cortina. Then, in the 1980s, Ford created the XR brand, which helped to sell countless Fiestas, Escorts and Sierras.

When that name became tarnished by too many jokes about ‘Essex men’ and boy racers, after a short pause to reflect, Ford came up with its replacement, the ST badge, which has adorned brilliant cars such as the Fiesta ST and Focus ST.

However, one Ford motif has been the most enduring of all - until now: the legendary RS, or Rallye Sport, brand, and 26 models have been gifted those iconic initials in the UK over the years.

It was usually, but not exclusively, reserved for the most highly developed models, which were often destined for competition on race track or special stage. 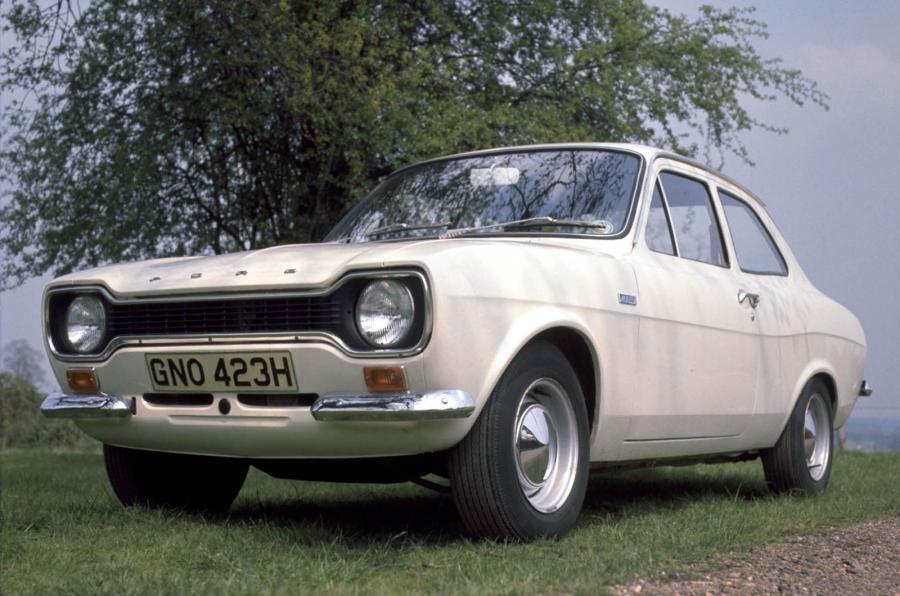 Throughout the 1960s, Ford had a string of successes with models like the Cortina Lotus (its official name), its lesser sibling the GT, plus the Mk1 Escort Twin Cam.

To maintain this success, the company decided that future performance models would come from a dedicated unit based in Aveley, Essex. In 1970 it established Ford Advanced Vehicle Operations (AVO). The special division's brief was simple: design, develop and manufacture high-performance derivatives of standard production cars, for use on the road, track, or both.

It didn’t take long for the team to settle in. With the paint barely dry on their new office, they released the Escort RS1600 in January 1970.

The 1.6-litre BDA engine it used was effectively a Formula 2 unit, and featured belt-driven twin-overhead cams, plus 16-valves to deliver its 120bhp. RS1600s were sold through a newly established Rallye Sport dealer network.

In the same year a development of the RS1600, now fitted with a pushrod head and a larger 1.8-litre block, won the gruelling 16,000-mile London to Mexico World Cup Rally. To celebrate its triumph, Ford created the Escort Mexico, which itself went on to much rallying success.

Within four years, Escort RS models, including the RS2000, as well as the mighty V6-powered RS2600 and RS3100 Capris, had racked up wins including three RAC rallies and three European Touring Car titles. 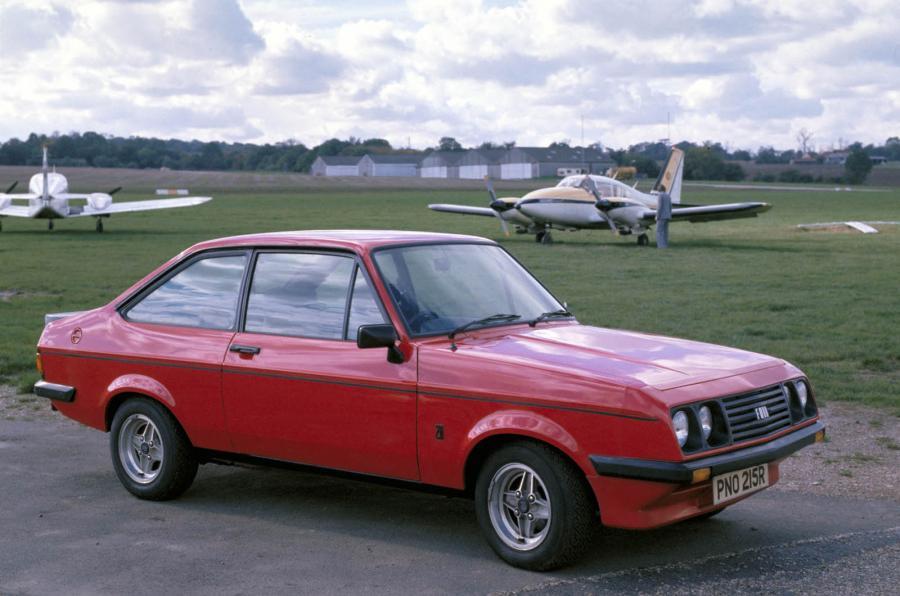 By 1975, the Mk2 Escort had arrived and with it came a new RS1800, still using a version of the original BDA engine. It went on to become Ford’s most successful rally car, and won the drivers’ and constructors’ World Rally Championship in 1979.

A new Pinto-engined single-overhead-cam RS2000 appeared a year later. This was given a distinctive aerodynamic ‘droop snoot’ nose and quad-headlamps. Along with a small rear spoiler, this was said to reduce overall drag by 16%. RS dealers also offered an X-Pack version with 146bhp and wheel arch extensions. Its various competition successes helped make the RS2000 the best-selling RS model of all time. 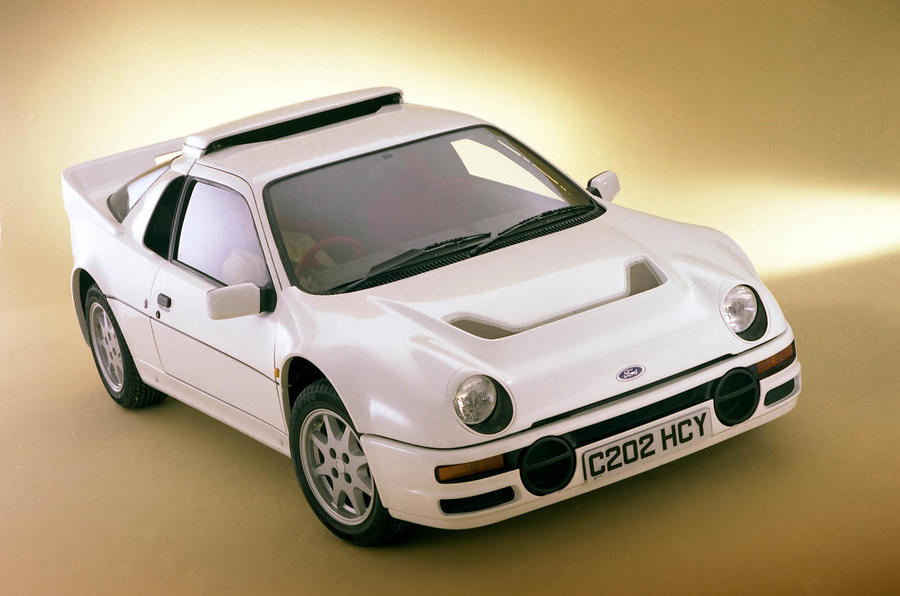 For the 1980s, it was all change when the Mk3 Escort arrived. Fans of the breed made disgruntled noises about the move to front-wheel drive, but Ford soon followed up with the RS1600i - ‘i’ stood for injection.

The 1.6-litre CVH engine also had twin-ignition coils and a high-lift cam, which helped Group A racing versions rev to well beyond 6500rpm and produce over 160bhp. Only 5000 were originally planned, but demand was such that Ford had made nearly 9000 when production finished in 1984.

Along with fuel-injection, the RS1600i was the first Escort to feature a five-speed gearbox. Road-going versions were plush for the day too, with Recaro seats, electric windows, central locking and tinted glass available.

There was more to come, though, with the launch of the Escort RS Turbo in 1984. The turbo released 132bhp from the road-going version, and to help control the power it was equipped with a viscous-coupling limited-slip differential.

Both the RS1600i and Turbo became successful touring car racers, but for rallying it was clear that to compete in with the ballistic Group B cars something more extreme was needed.

The solution was to go bespoke and create the most expensive Rallye Sport model to date. The RS200 was a two-seat, mid-engined, four-wheel-drive special, complete with a part-carbonfibre chassis. To satisfy homologation requirements 200 road cars had to be built, each fitted with a 250bhp Cosworth-developed, four-cylinder, turbocharged engine. For rallying this was cranked up to an astonishing 650bhp.

Before the RS200 had hit its stride in competition, however, Group B cars were banned from rallying on safety grounds.

A version of the RS200’s engine also found a home in the Sierra, and one the most famous of all Rallye Sport’s creations was born: the Sierra RS Cosworth. Capable of 150mph, at its press launch two motoring journalists who were testing one on an autobahn talked of keeping up with a Boeing jet which was on its approach to a runway that ran alongside the road.

In 1987, to improve the ‘Cossie’s’ Group A racing potential, Ford asked Tickford to create 500 modified homologation-specials. The car became known as the Cosworth RS500. Upgrades included twin-injectors, a larger Garrett turbocharger fed by a bigger intercooler and an improved aero-package. In race trim it could pump out 500bhp and was so dominant the regulations had to be changed to disadvantage it.

A shortened version of its chassis was used to underpin the Escort’s rally revival, with the sweet-handling Mk5 Escort RS Cosworth taking wins which included the 1994 Monte Carlo Rally.

In the early 1990s the Escort RS2000 and Fiesta RS1800 brought back the famous names of the past but, along with the short-lived Fiesta RS Turbo, didn’t quite live up to expectations.

Ford took big steps to improve its product range at the end of the millennium, and the superb Mk1 Focus was the result. It gained unique bodywork, carbonfibre additions inside the cabin, a limited-slip differential and a tasty turbocharged engine, with 4501 built over its lifetime. Five-years after the last RS model, the 2002 Focus RS was a car fit for the badge.

That’s a trend that continued: the mk2 301bhp Focus RS of 2009 was awarded five stars in the Autocar road test. “The way the RS puts its grunt down is truly incredible, but beyond that it’s also a lovely car to hussle along a good road. The steering is just delicious in the way it telegraphs so clearly what’s happening beneath the fat Continental front tyres. Yet it’s what happens at the other end of the car that provides you with the biggest confidence booster. The way in which the car neither under nor oversteers, but just hangs on is, well, breathtaking,” we commented.

It was a product of its time, priced higher than the first Focus RS and close enough to the standard car that both could go down the same production line in order to better appease Ford's accountants. Its 2.5-litre engine was developed from Volvo beginnings, another cost-saving measure, but it was a fantastic performer all the same. We ran one for twelve months, and managed to get through three sets of front tyres in 15,000 miles.

The RS Mk3, then, had a lot to live up to - and it did. Ford managed to democratise specialness and uniqueness with the Focus RS by producing a car that you might buy for weekend use, as you perhaps would a high-end sports or supercar, yet one that only cost £30,000. It made the switch to torque-vectoring all-wheel drive, gained a launch control feature and even a drift mode, while its 2.3-litre turbocharged engine was an evolution of the one found in the Ecoboost Mustang.

"To find something that corners with the same ability, breathtaking confidence and mind-bending mechanical trickery, you have to look at a car like the Nissan GT-R," we said at the time. It too achieved full marks in the Autocar road test, and earned a place amongst supercars in our 2016 Best Driver's Car feature. A run-out Heritage Edition model would wrap up production and bring the RS story full circle, arriving in the same Tief Orange colours that graced the original Escort RS.

For now, the story ends here, as Ford has decided a new Focus RS wouldn't make financial sense - or allow it to hit strict CO2 targets - but electrification could see the RS badge live on at some point in the future.

Ford: no plans for a fourth-generation Focus RS

The future of Ford, according to its bosses

Ford didn't create the XR brand in the 80s. It was first used I believe by Ford Australia in the 60s. Having grown up near Dagenham and Aveley, I saw my fair share of fast fords, always lusting after a 3.0S Capri. My first company car was a nice MK1a MR2. When I beat a 3.0s away from lights, I nearly cried!
Donkeyrider 7 July 2020