BACK TO ALL NEWS
Currently reading: 2017 Detroit motor show - show report and gallery
UP NEXT
Ford backs call for European ban on new ICE cars from 2035

The 29th North American International Auto Show has revealed all of its star cars; take a look at all the action from the show below
Open gallery
Close

Above all, the 2017 North American International Auto Show was as long on hope and aspiration as it was short of important new metal that customers can actually buy.

Restrict the search to genuinely new cars from major manufacturers that will come to the UK, rather than concepts or variants of existing models and the list ran to the Lexus LS and Kia Stinger, the latter probably the car with the strongest claim to being the star of the show. And if that makes you wonder where the full scale product assault by the domestic brands you’d once take for granted in Detroit at this time of year, you’re not alone. The Big Three had by historical standards an almost catatonic show. And if Ford, General Motors and (Fiat) Chrysler can’t get behind Motor City in its hour of need, one wonders who can? Or will. 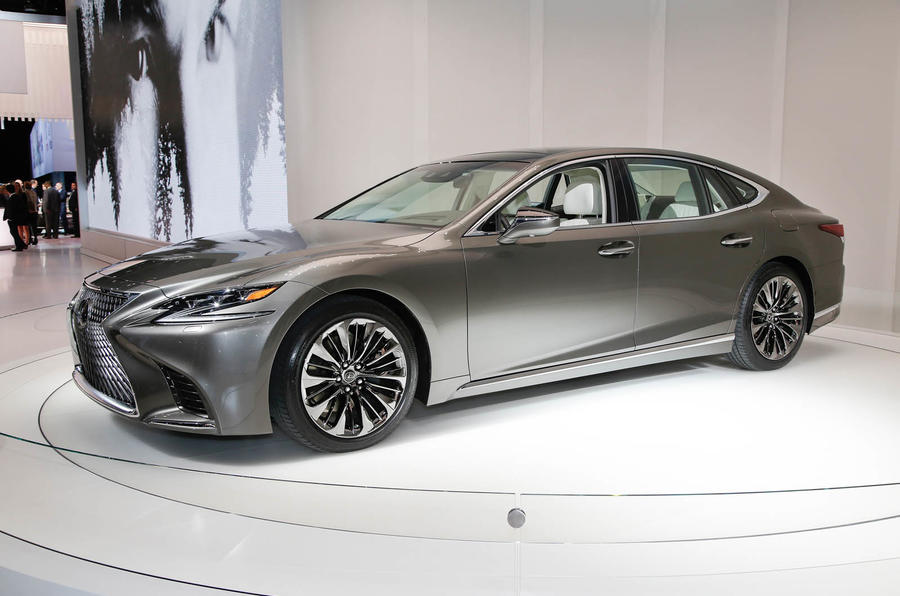 Some of the concepts were close to reality, like the Audi Q8 and Infiniti QX50, others like the Volkswagen ID Buzz Microbus somewhat further away. But all the talk in the press conferences and private conversations were of cars you could not yet buy, of technological, legislative and infrastructure breakthroughs still to occur. One of our number described it as ‘the show of things that hadn’t happen yet’ and as descriptions go, you’d need to go a long way to beat it.

Not that the world of the yet-to-happen cannot be as fascinating as an artfully assembled confection of metal, oil, rubber and plastic that you can touch, sit in and, one day at least, drive. And it’s all getting nearer as companies grow tired of waiting for governments to build the infrastructure required to support our increasingly autonomous, largely electrical future, and take up the challenge themselves.

Imagine a car that will automatically slow for corners, bring itself to a near halt before executing a 90-degree turn and that can detect an unresponsive driver, stop the car and call the emergency services. It’s called the revised Mercedes S-Class and it goes on sale in June. 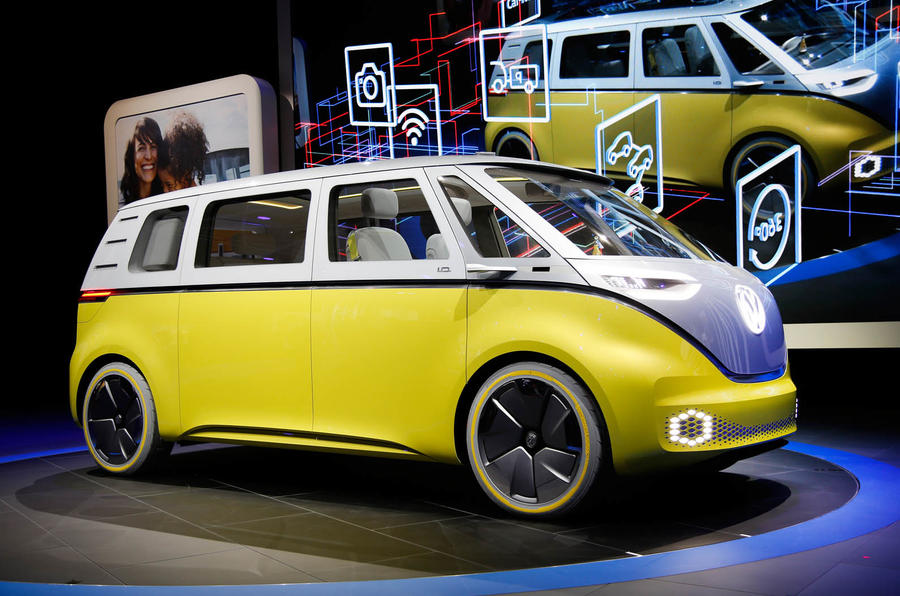 Another near reality that became clear in Detroit is what more than one manufacturer described as the ‘uncoupling’ of hardware and software. So cars as physical propositions should continue their current seven-year renewal cycles, but the technology they contain will know no such constraints. Not long from now, you’ll be able to download new software to your car or install an entirely new operating system, just as you do today with your smartphone.

Was it a good show? It was certainly interesting, albeit more for what was said than what was shown, but Detroit and those who consider motor shows to be part of the annual automotive furniture cannot afford to presume such events are unalienable and will endure without adapting to the rapidly changing world. As significant as those who did show up were those who did not, including all the pure luxury brands and all the traditional supercar constructors too. Even Porsche found better things to do with its dollars than spend them on a stand in the Cobo Hall in the dead of a Michigan winter.

Within five years cars will start to be sold without steering wheels, heralding the biggest change to personal mobility since Henry Ford came up with the moving production line over 100 years ago and put the world on wheels. The change is coming and inevitable; whether shows like this can survive it or be left to obsolescence remains to be seen.

Welcome to Autocar’s Detroit motor show breakdown of how the show unfolded, which came direct from Detroit with every detail of the action from the show, plus nifty extras, our thoughts on the latest releases, and, of course, photos of everything you could wish to see at the show.

If you couldn't make the show in person, this feed is all you need to make you feel like you were, with minute-by-minute updates of all yesterday's action:

The Detroit motor show, officially called the North American International Auto Show (NAIAS), is the first international show of 2017 and will play host to new car unveilings from Mercedes-Benz, Toyota, Kia, Lexus and Chevrolet, among others.

Now in its 29th year as an international event, the show begins in earnest with a preview week that begins on Monday 9 January. Autocar will be present to report on all of the new car unveilings, executive interviews and industry gossip from the halls of the iconic Cobo Centre. You can take a look at all the cars we're expecting to see at the show below. 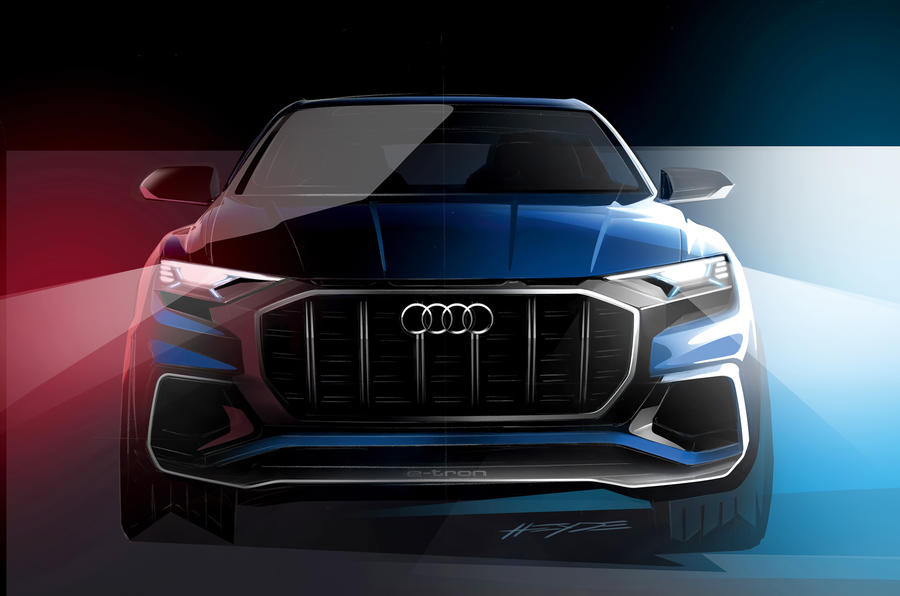 Audi's new flagship SUV, the Q8, is revealed in concept form. We've already caught glimpses of it in preview images and while it was testing ahead of its appearance, but we can see it in full in Detroit. It will be powered by a range of petrol and diesel V6 and V8 engines when the production car arrives next year. 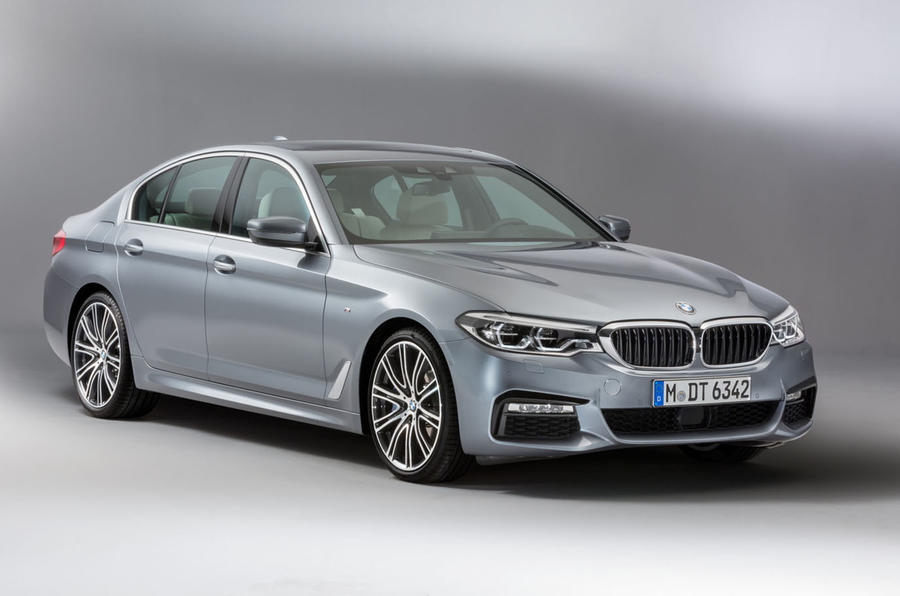 BMW is bringing its new 5 Series to the show. The car's already been revealed in pictures, but this is its public debut. Read everything you need to know about the new 5 Series here. 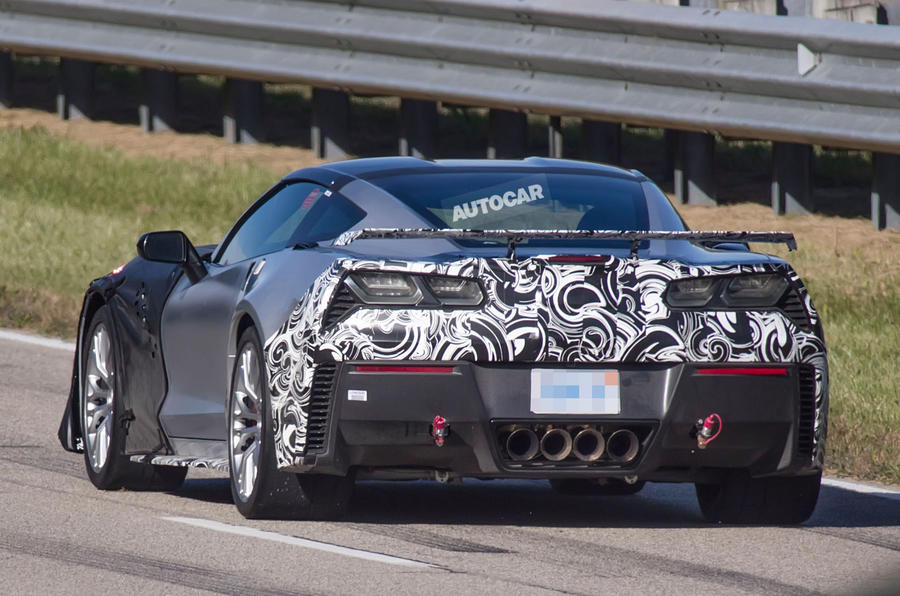 A new version of the track-focused Chevrolet Corvette ZR1 is also being launched, and it'll be the fastest Corvette yet. It's also tipped to be the last front-engined Corvette to be produced, as the ever-rumoured mid-engined model reaches production in the car's next generation. 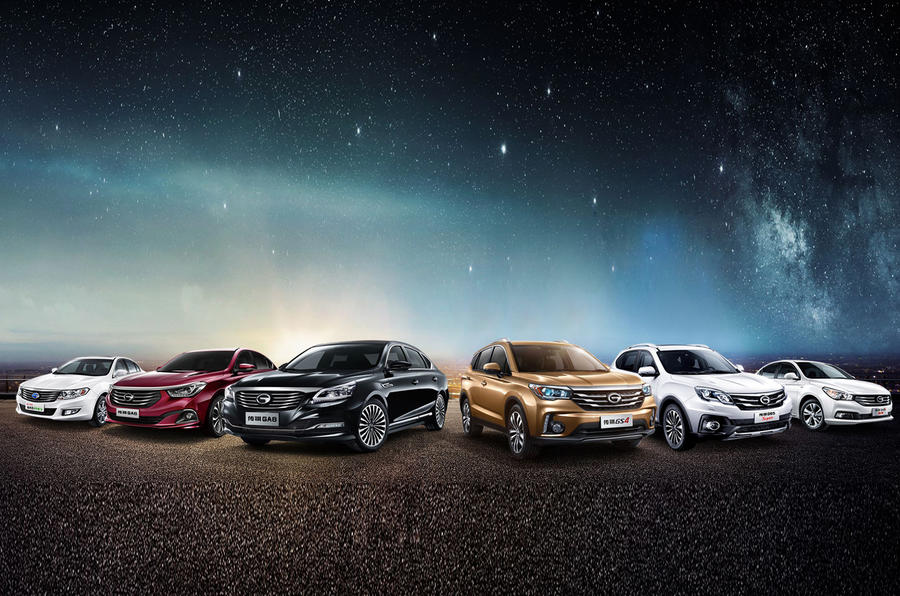 Chinese automaker GAC has confirmed its presence at the Detroit motor show - the first Chinese car maker to present on the main floor. It's brought a raft of new cars: a hybrid crossover concept, a new SUV and the brand's first electric car. At last year's show, GAC displayed its GS4 small SUV. 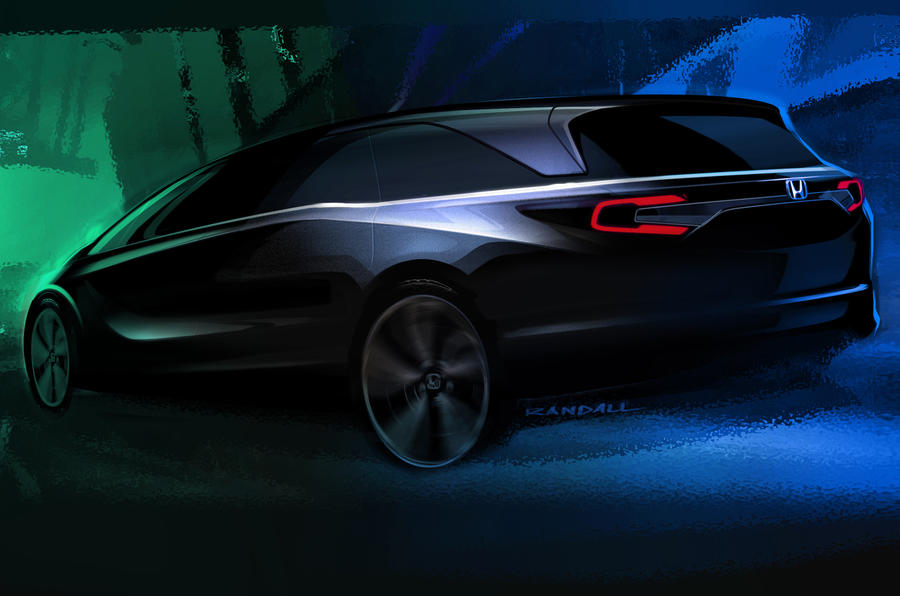 Honda is showing a new generation of its Odyssey MPV, which is aimed at the North American market. A dramatic preview image has been released of the upcoming MPV, showing the car's new styling, which fits with the rest of the Honda range. 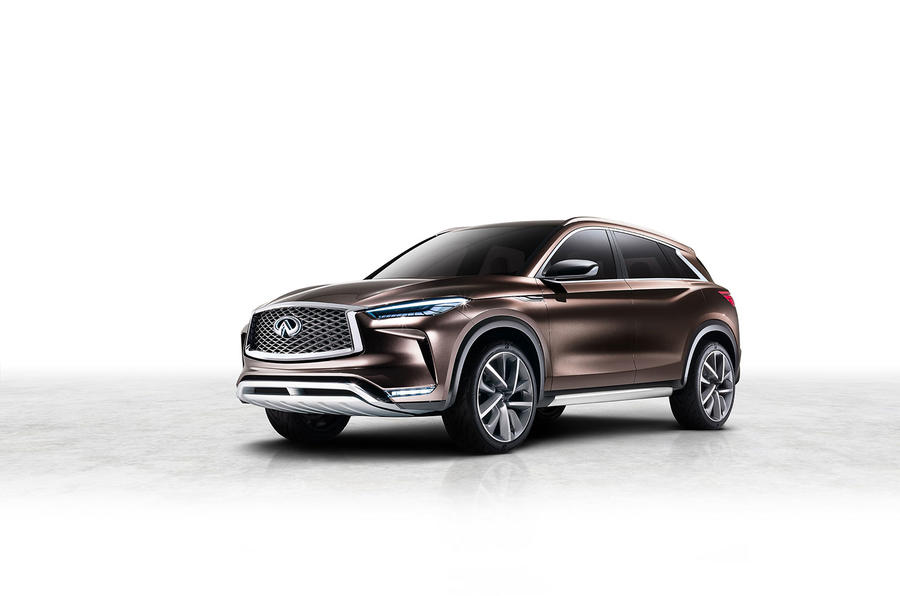 Infiniti's rival to the Lexus NX, Audi Q5 and BMW X3 is shown in concept form, following on from the QX Sport Inspiration concept displayed at the Beijing motor show. The production QX50 is likely to follow next year, and will sit above the QX30 in Infiniti's SUV range. 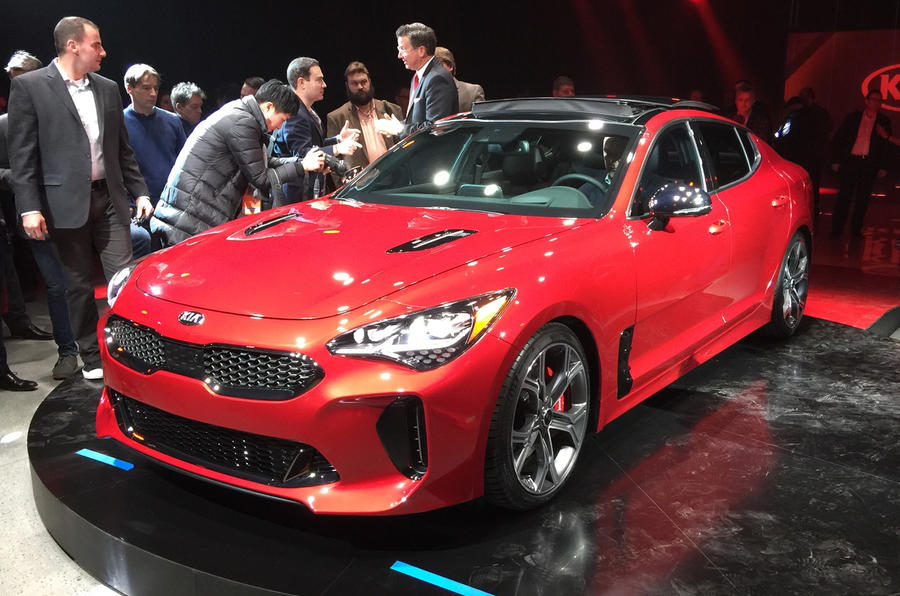 The bold new Kia Stinger GT has also landed at the show, following a recent teaser video that showed the sports saloon topping 150mph at the Nürburgring. When it reaches production, the Stinger GT will face competition from the Audi A4, BMW 3 Series and Mercedes-Benz C-Class. 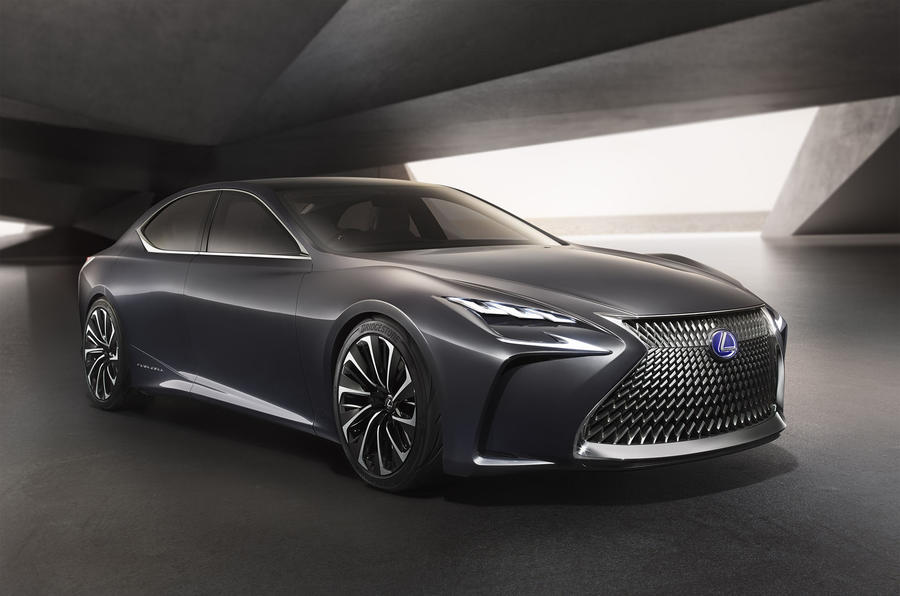 Lexus's new flagship Mercedes-Benz S-Class rival is making its debut, and is likely to draw heavy inspiration from the 2015 LF-FC concept pictured above. The LS will be available with a hybrid powertrain next year, and a hydrogen fuel cell powertrain in 2019. 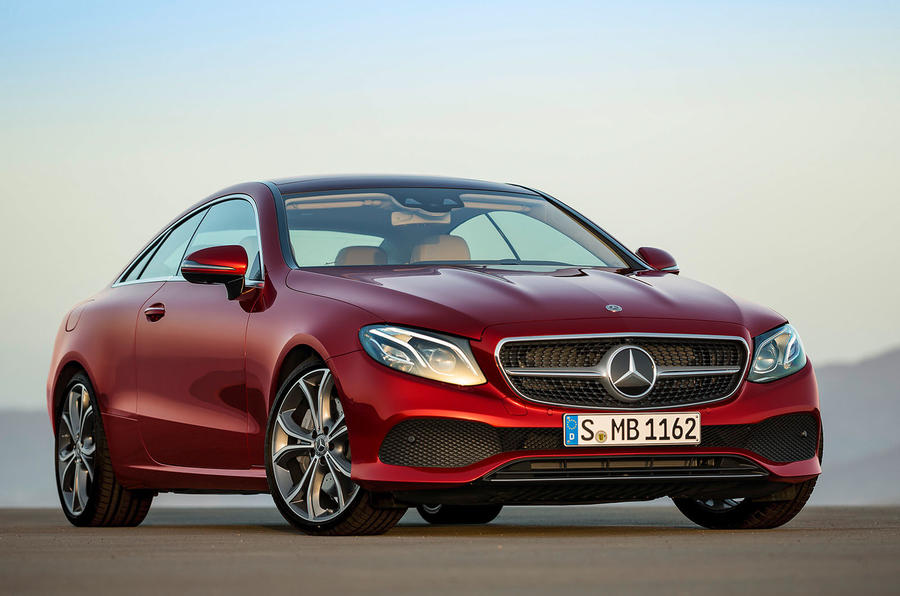 The Mercedes-Benz E-Class Coupé is another model we've already seen in pictures, but makes its in-the-metal debut in Detroit. It goes on sale in the UK in April, priced from £40,135, in AMG Line trim only. 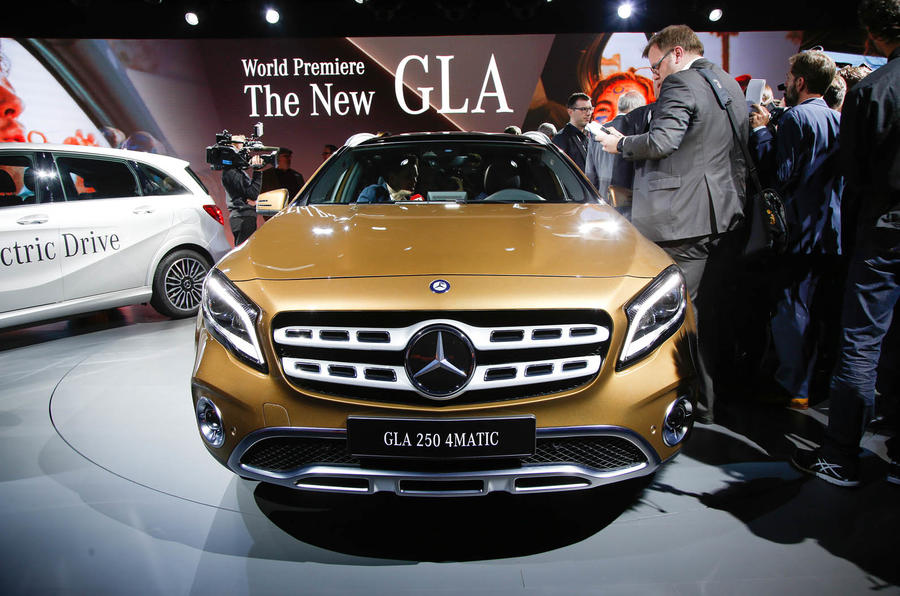 Mercedes-Benz's smallest SUV, the GLA, is being revealed in facelifted form in Detroit. We've glimpsed it in a preview image, as well as spotting it testing ahead of its debut, so we can already see where the majority of the styling tweaks have been applied. 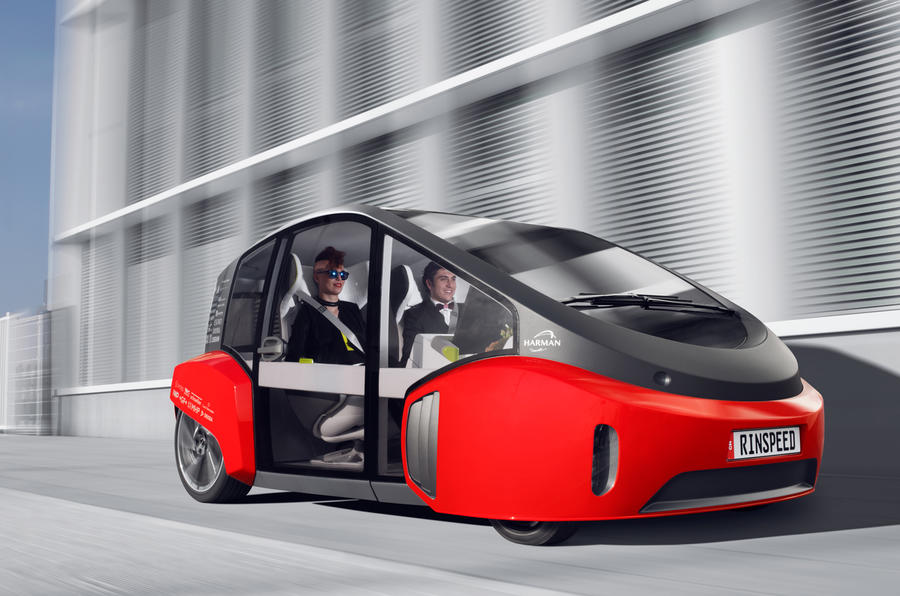 The quirky Rinspeed Oasis concept is on display at the Detroit motor show following its official reveal at the Consumer Electronics Show (CES) in Las Vegas. It showcases the latest autonomous tech, and its windscreen doubles up as a large augmented reality screen. 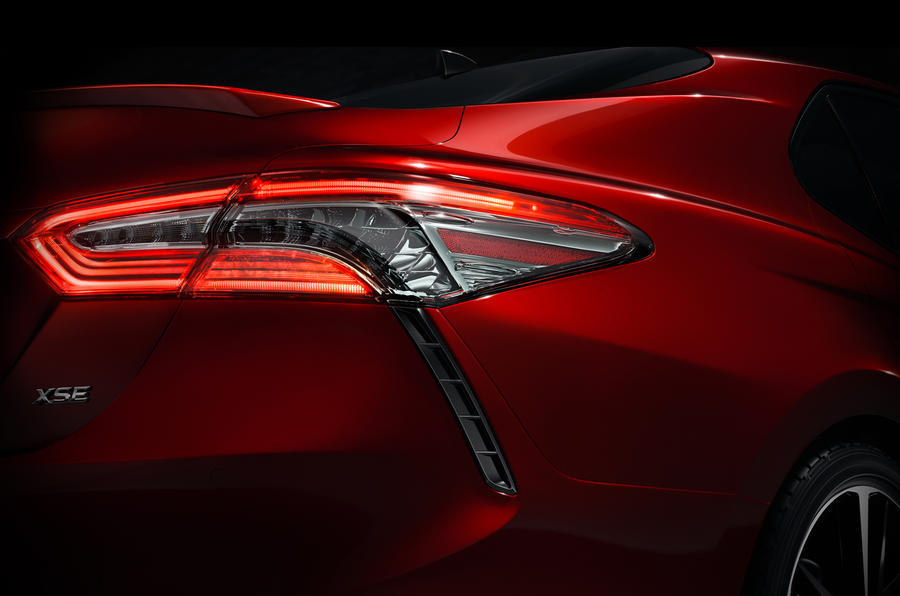 Toyota takes the wraps off a new US-market Camry, while a third Toyota group conference reveals news relevant to both the Toyota and Lexus brands.

We've seen the Volkswagen ID concept - VW's first electric concept - and now we'll see the second; a renewed microbus concept, which follows many of the styling cues of the original ID. It features a number of design nods to the original VW MPV too, and shares the ID's MEB electric platform. 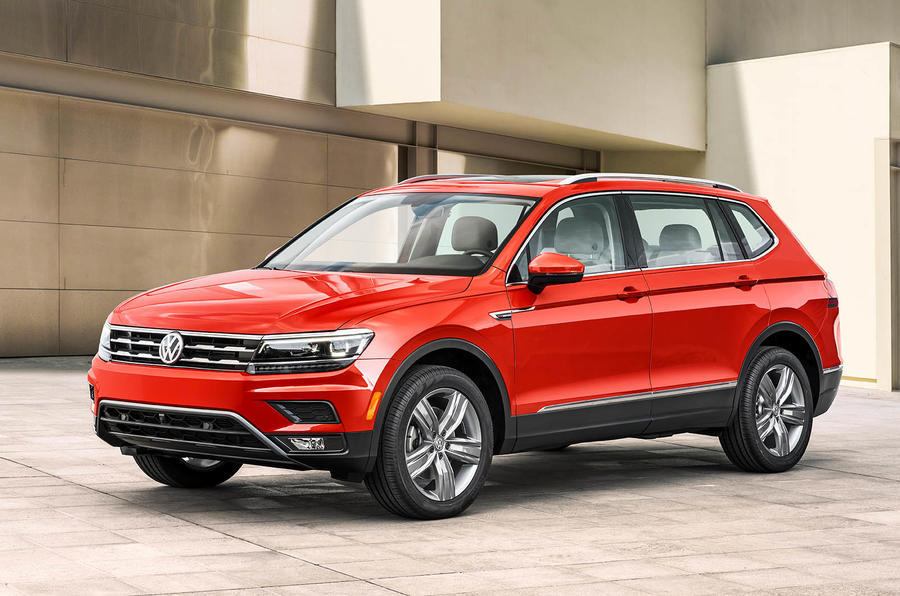 We can also see the production version of the Volkswagen Tiguan Allspace, which Autocar has already driven in prototype form. It's essentially a stretched, seven-seat version of the Tiguan SUV, and is almost identical to the familiar model apart from the slightly elongated body.

Porsche is one prominent manufacturer that isn't in Detroit. It had a major presence at the recent Los Angeles motor show and also plans to attend the New York motor show in April.

While Detroit has a rich automotive legacy and is a prominent event at the start of the new year, it doesn’t achieve the same public footfall as other US motor shows and some manufacturers choose not to attend.

Events to look out for

Detroit claims to offer six unique shows in one. The first is an 'ultra-luxury automotive event' called The Gallery, which takes place on Saturday 7 January. The invite-only extravaganza is held at the MGM Grand Detroit hotel, where a collection of luxury cars collectively worth almost $7 million (£5.5m) is on show. The likes of Aston Martin, Bentley, Ferrari, Lamborghini, Porsche and Rolls-Royce are usually represented. 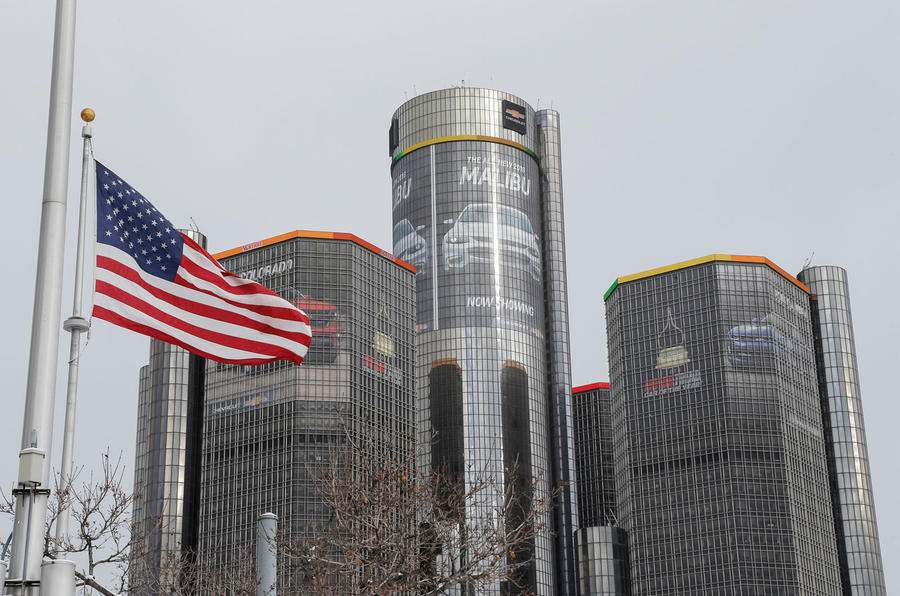 Nearly 50 start-ups from around the globe are present. Among the companies attending include Civil Maps, which provides 3D mapping technology for fully autonomous vehicles, and PolySync, a supplier of products and services that aid the development of self-driving cars. A handful of firms from the UK are also in attendance.

The remaining segments of the show are the press days (9-10 January), industry days (11-12 January) and charity preview (13 January), before the doors are finally opened to the public for nine days from Saturday 14 January. Public tickets cost $13 per person and the show is open from 9am until 10pm each day.

Where is Autocar's coverage of CES Las Vegas 2017?

CES will be featuring loads of emerging and merging technologies that will impact the automotive industry over the next ten years. AI, IoT, AR, Autonomous Vehicles, G5 etc. Probably worth sending a party to Las Vegas!
5wheels 20 December 2016

where have all the flowers gone

Yea I am an old fart but have such memories of the heydays of this motown when fins glass roofs bendy windscreens and madness in design which looked more comic book than customer orientated. This show will be all about Japan and China with buggerall from the home town which is good and bad. My own experiences with yank tanks hasnt exactly left me drooling
View all comments (4)