BACK TO ALL NEWS
Currently reading: Futuristic Rinspeed Oasis in Detroit - new pics of driverless concept
UP NEXT
New 2023 Porsche 911 GT3 RS is "most track-focused" ever

The Rinspeed Oasis is a compact, two-seat autonomous city car that features solar panels and can rotate on the spot.

Designed to demonstrate a less conventional method of transport for the future, the model is on display in Detroit, following a debut at the Consumer Electronics Show (CES) last week.

The Oasis's front wheels can turn on their own axis, enabling the car to navigate incredibly tight turns and rotate on the spot to squeeze into parking spaces.

The car’s windscreen features virtual and augmented reality technology, where illustrations and data can be placed beside on objects outside.

Inside, the nature-inspired cabin features a small garden plot at the front. There are armchairs, a sideboard, a TV and folding steering wheel, emphasising the car's main role as an autonomous vehicle. 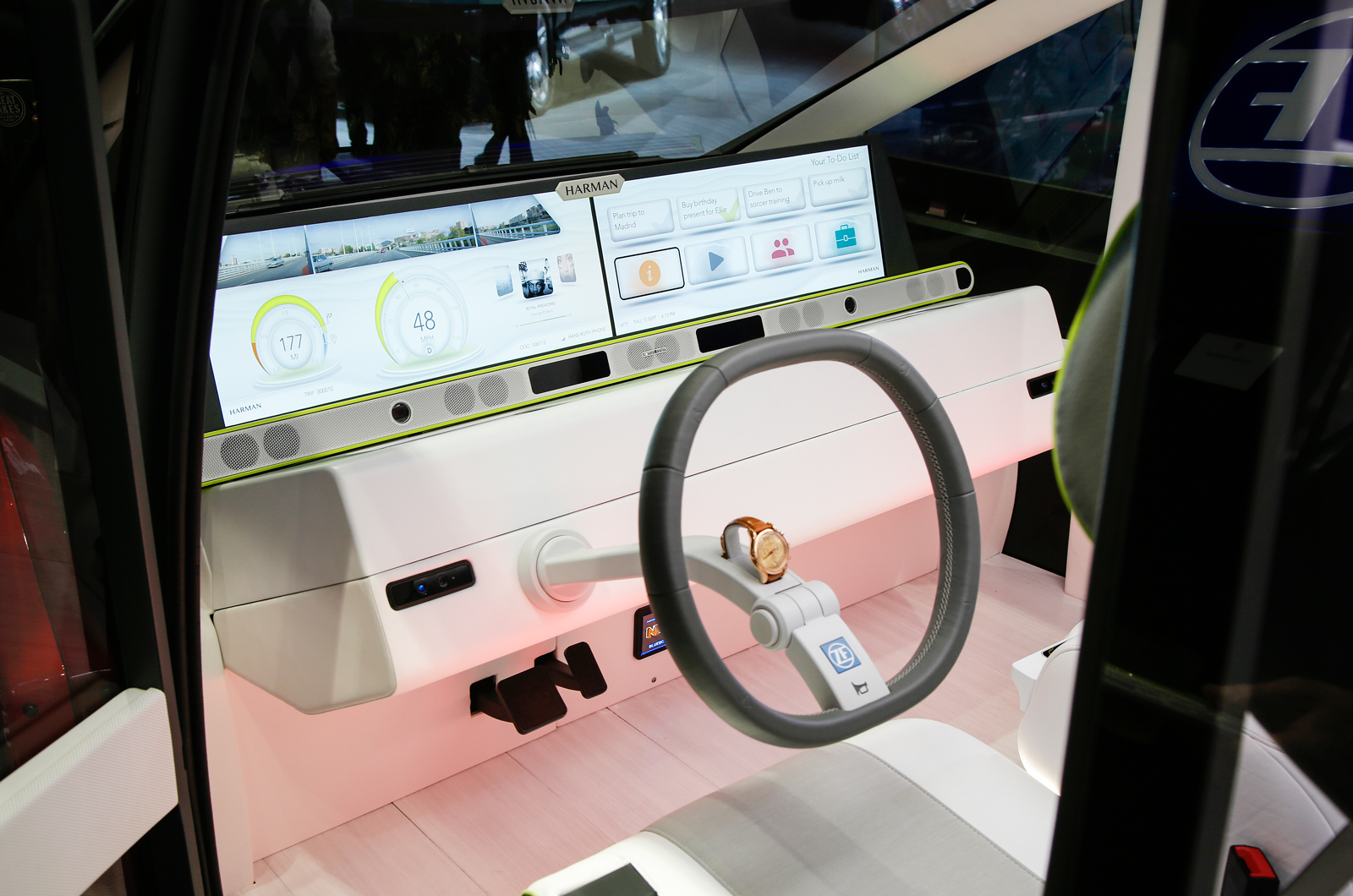 Rinspeed boss Frank Rinderknecht has designed the Oasis with car sharing in mind. It features functionality that allows it to be a commuter car, a cargo-carrying vehicle for urban parcel services – hence the fitment of a temperature-controlled and code-protected drawer in the rear – and also a pizza delivery car.

The vehicle can alert its owners's Facebook friends when it is free for use and can then be summoned via social media. Its maker says these features turn the car from a form of transport into a personal assistant.

Add a pole up the rear, and an unwashed bloke jumping on the back, and I've seen it in a fairground, many years ago. Trouble is, they kept smashing into each other.
Flametrench 6 December 2016

One of the silliest videos

One of the silliest videos ever. Shame really as the concept deserves better.
jason_recliner 6 December 2016

Plants in a car?