BACK TO ALL NEWS
Currently reading: 2017 Mercedes-Benz GLA previewed ahead of Detroit motor show
UP NEXT
Fisker goes radical with Pear EV SUV

The 2017 Mercedes-Benz GLA has been previewed in a single image ahead of its world debut at the Detroit motor show next week.

The future BMW X1 rival’s nose gains a new grille with black slats, while the headlights have been slimmed and the bumpers have swapped side grilles for fog lights. The changes bring the car’s design more into line with that of the car it is based on, the regular Mercedes-Benz A-Class.

Little else can be seen in the preview picture, but previous spy shots show that the car will run with a raised ride height, giving it a more rugged stance that moves its look closer to the realms of an SUV. 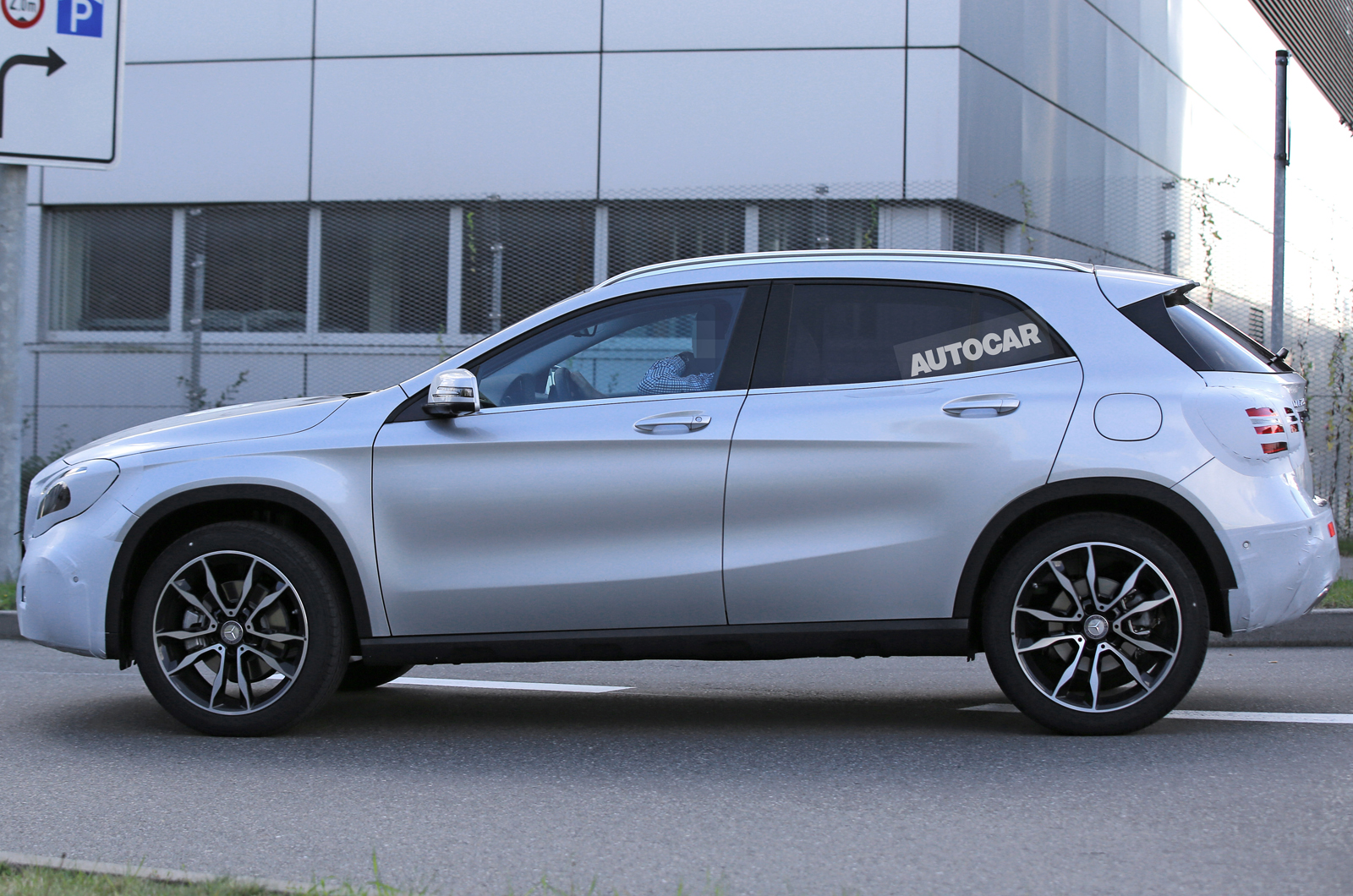 Along with the visual updates, the facelifted GLA will also receive Apple Carplay and Android Auto integration in its infotainment system, as well as a redesigned touch screen.

The outgoing car is offered with turbocharged four-cylinder engines in 200 petrol, 200 d diesel, 220 d diesel and 250 petrol guises. The new GLA is expected to retain this range but with each unit offering improved fuel economy and in some cases more power. The range-topping AMG GLA 45 is expected to keep its turbocharged four-cylinder 2.0-litre engine that produces 376bhp.

The 2017 GLA will be revealed in Detroit on the 9 January, before going on sale later this year. Prices will likely slightly increase on the outgoing car, which currently starts at £25,260 in Britain.

The GLA is the only one of

The GLA is the only one of the A-Class family where the heavy snout is vaguely in proportion with the rest of the body. It seems Mercedes are persisting with their big, blobby, twiddly plastic-filled headlamp units, though, which make many of their current models look so frumpy from the front.
Bristolbluemanc 3 January 2017

I have test driven this car twice and was disappointed with both build quality and the auto box. I had come to it from a C-Class manual. The engine in the GLA was agricultural when compared to the C-Class which was obviously due to lack of insulation (you only get what you pay for). Hopefully it'll be as good as a Q3 in terms of build quality.