BACK TO ALL NEWS
Currently reading: The winners and losers in 2017's UK car market
UP NEXT
Alfa Romeo to show new sports car in early 2023

The winners and losers in 2017's UK car market

Which car brands flew off the forecourt and which ones could do with a jump-start? Our end-of-year report reveals all
Open gallery
Close

Given the current economic and political uncertainty, that is a fairly encouraging result, although a further fall of 5% is expected in 2018.

From then on, the industry expects the market to stabilise at around 2.4 million registrations per year. Long-term forecasts, meanwhile, are less clear and hinge on the results of Brexit.

Alfa Romeo has been drinking in the last chance saloon for so long that the place is running dry. The Stelvio is Alfa’s last shot: if that doesn’t do the trick, the car maker may need a new owner.

Global sales are up around 30%, thanks to the DB11. The company is making a profit, and there is talk of floating it on the stock exchange. If you can’t afford the cars, how about buying a bit of the company? 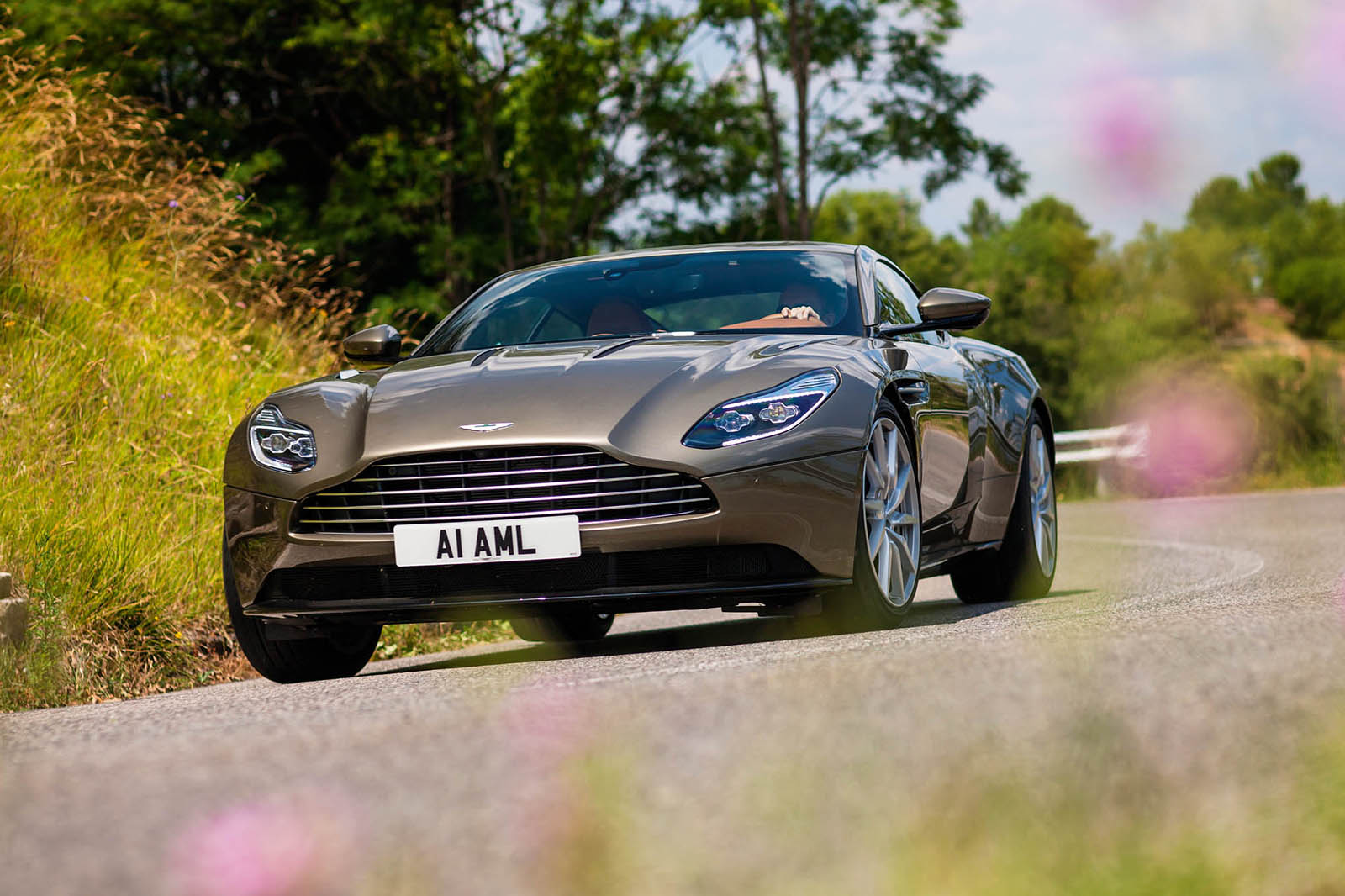 Audi is now slightly ahead of BMW in the UK for the first time. This is mostly due to sales of crossovers and, in particular, the Q2.

Bentley’s rise has temporarily stalled: rising Bentayga sales are only compensating for falling Continental GT registrations. The imminent new Conti GT has work to do.

BMW is suddenly looking a bit staid. It has been overtaken by Mercedes and struggling to stay ahead of Audi. The new X2 (right) is desperately needed. 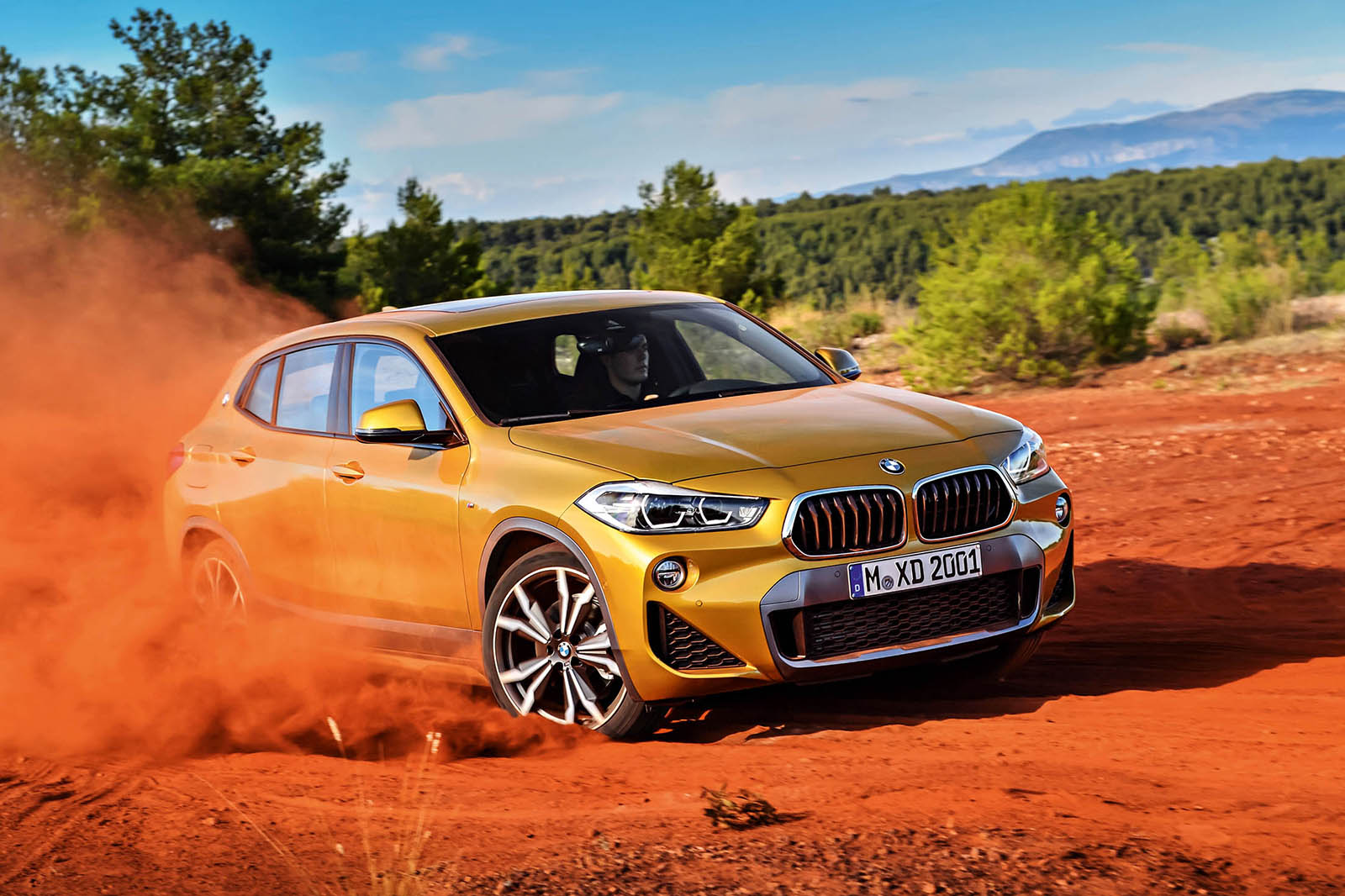 After a period of stability, the 2018 Duster should give Dacia sales a major push.

The company’s reaction to sales falling by 43% is to say that the DS brand will become a top global luxury brand like Hermès. Good luck.

The new C3 hatch accounts for more than 30% of Citroën’s total sales, mainly because every other model has fallen sharply. Even the C4 Cactus is suffering: registrations fell by more than 40%.

Mamma mia! Ferrari’s voluble chairman, Sergio Marchionne, has been suggesting that, by 2022, Ferrari could be a manufacturer of SUVs that is no longer involved in Formula 1. The former is probably inevitable, but the latter is surely posturing.

Apart from the evergreen 500 city car, Fiat appears unable to maintain sales of any new model for more than 24 months. Last year, sales of the 500L collapsed and, this year, it was the turn of the 500X.

The market share loss is mostly due to the model changeover of the Fiesta, which accounts for one-third of all Ford sales. The Mondeo, incidentally, now accounts for less than 5% of Ford registrations. 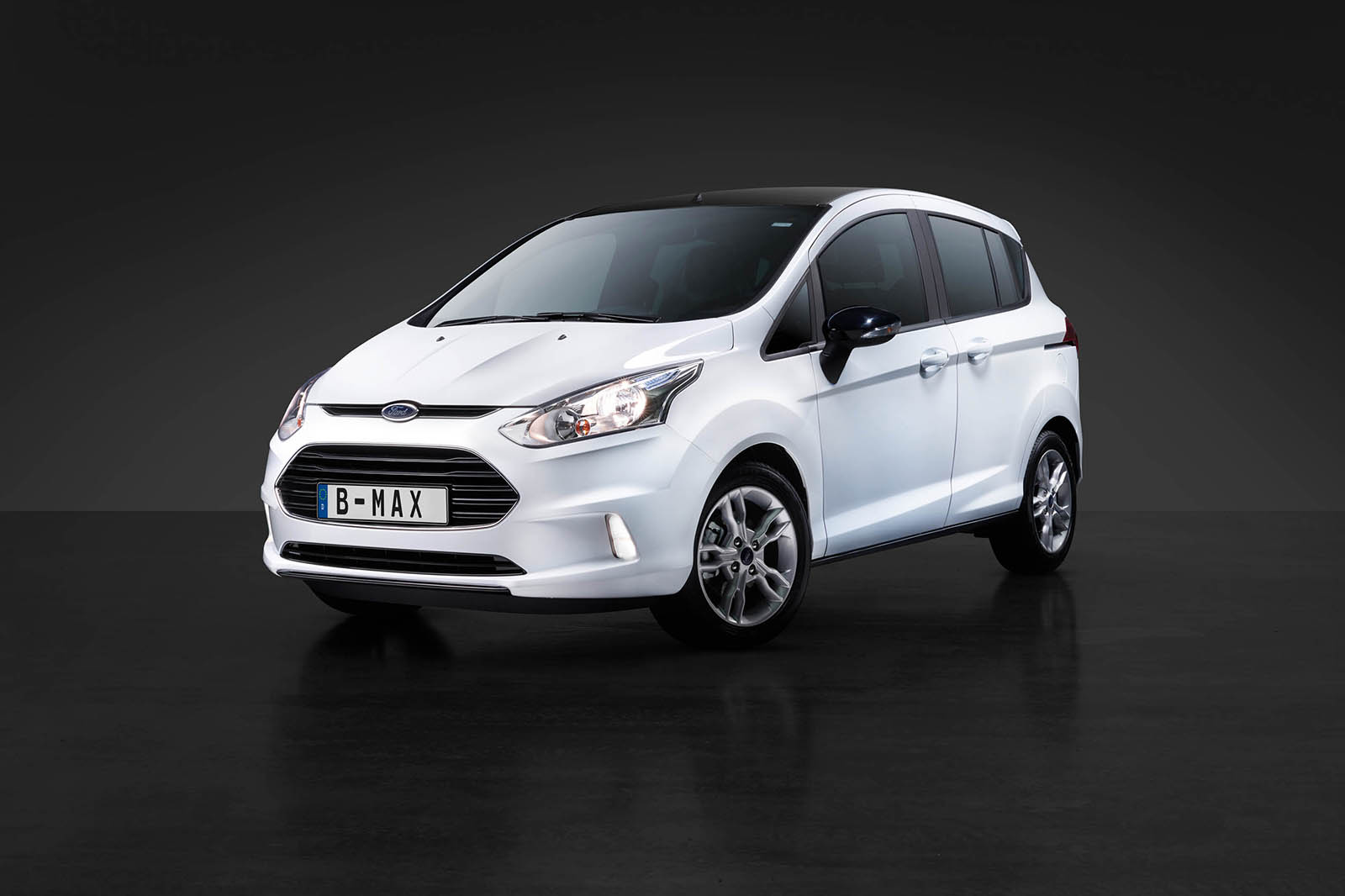 Hyundai will not quite make its long-term target of 100,000 units this year, due to the overall decline in the market. It is still doing well, though, with 30% of sales coming from the profitable Tucson.

The new HR-V is not really delivering. Its sales fell by more than 10% in 2017, and the Nissan Juke is outselling it by a ratio of six to one. 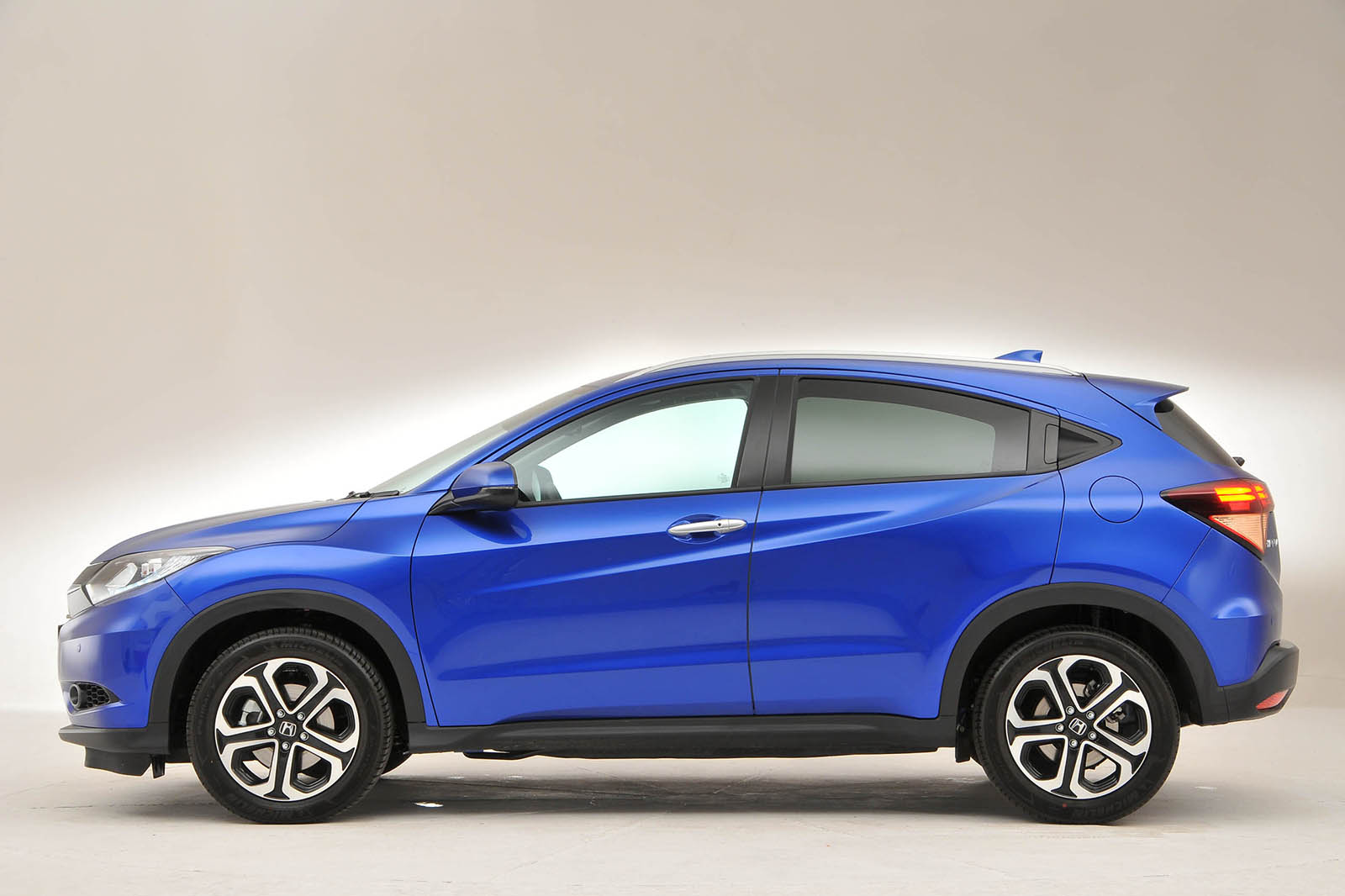 So much for Q30/QX30 taking Infiniti into the mainstream. Their sales are almost identical to the similarly sized (and similarly misconceived) Lexus CT.

The F-Pace (below) is now Jaguar’s best-selling model, which bodes well for sales of its smaller sibling, the E-Pace, in 2018. 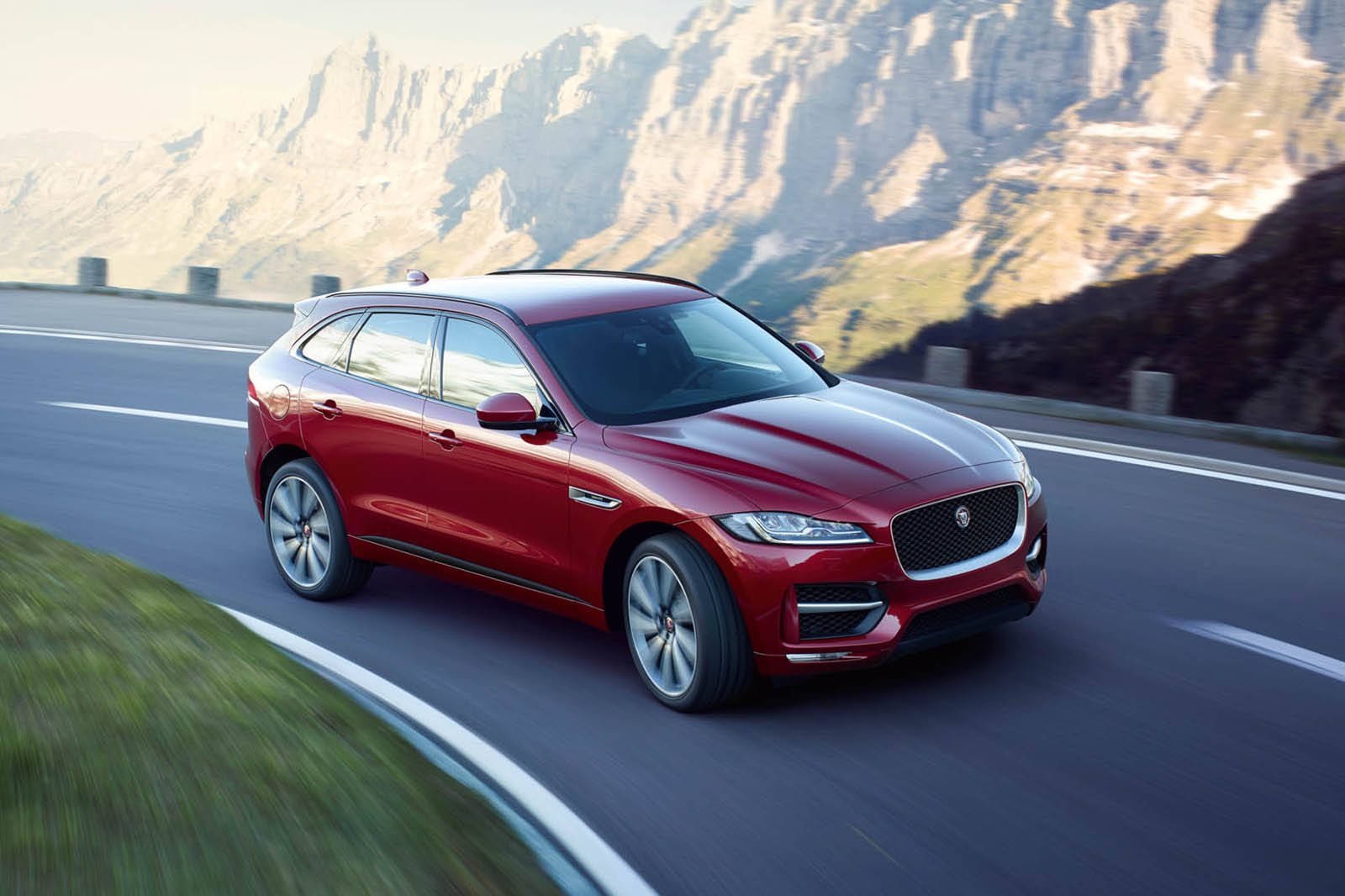 A generation ago, the Cherokee competed with the Discovery for top spot in the UK 4x4 market. Today, it cannot outsell the Mitsubishi Shogun, a car most people have forgotten even exists.

Remember when Kia just made little economy hatchbacks? Today, more than 45% of its not inconsiderable sales come from the highly profitable Sportage and Sorento crossovers. 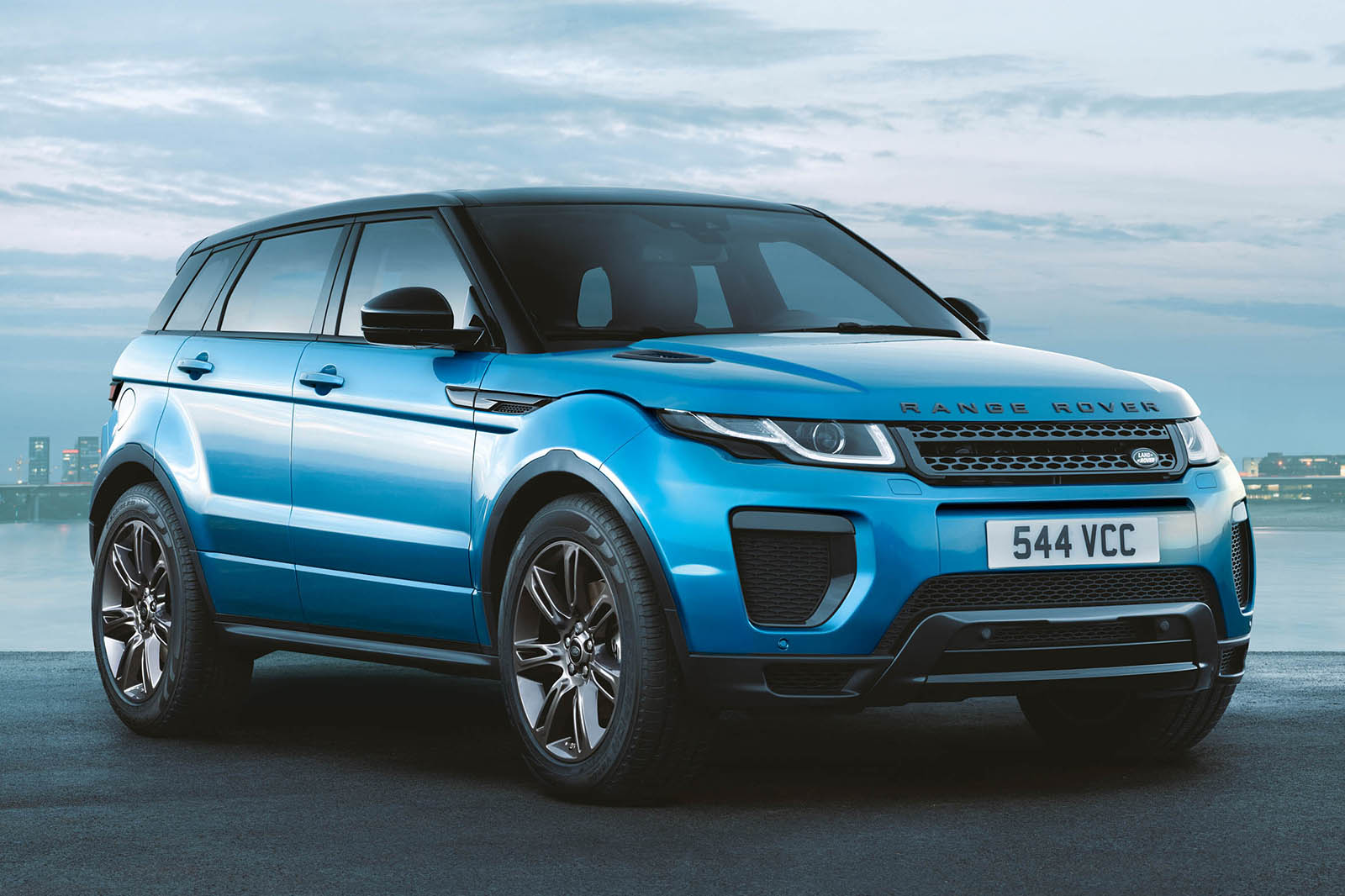 Lexus was doing a bit better in 2016, thanks to rising SUV sales. However, Land Rover’s growing dominance seems to have halted the marque’s advance.

It is decades since there has been so much optimism at Hethel. The cars are now being sold at a small profit, and new Chinese owner Geely have a great record of investing in the brands it owns.

So far, the new range of models has made little progress towards Maserati’s target of around 0.2% market share. It all depends on the revised Levante crossover in 2018.

The MX-5 and CX-3 are increasing sales, but the rest of the models are suffering. It can’t be easy importing its cars from Japan with the current exchange rate.

Although it represents a tiny portion of the market, McLaren's 2017 results continue a trend of growth in the face of growing economic uncertainty that usually hampers cars of the high end segments.

Mercedes finished 2017 as the top German premium brand – the first time that has happened since at least the 1970s. 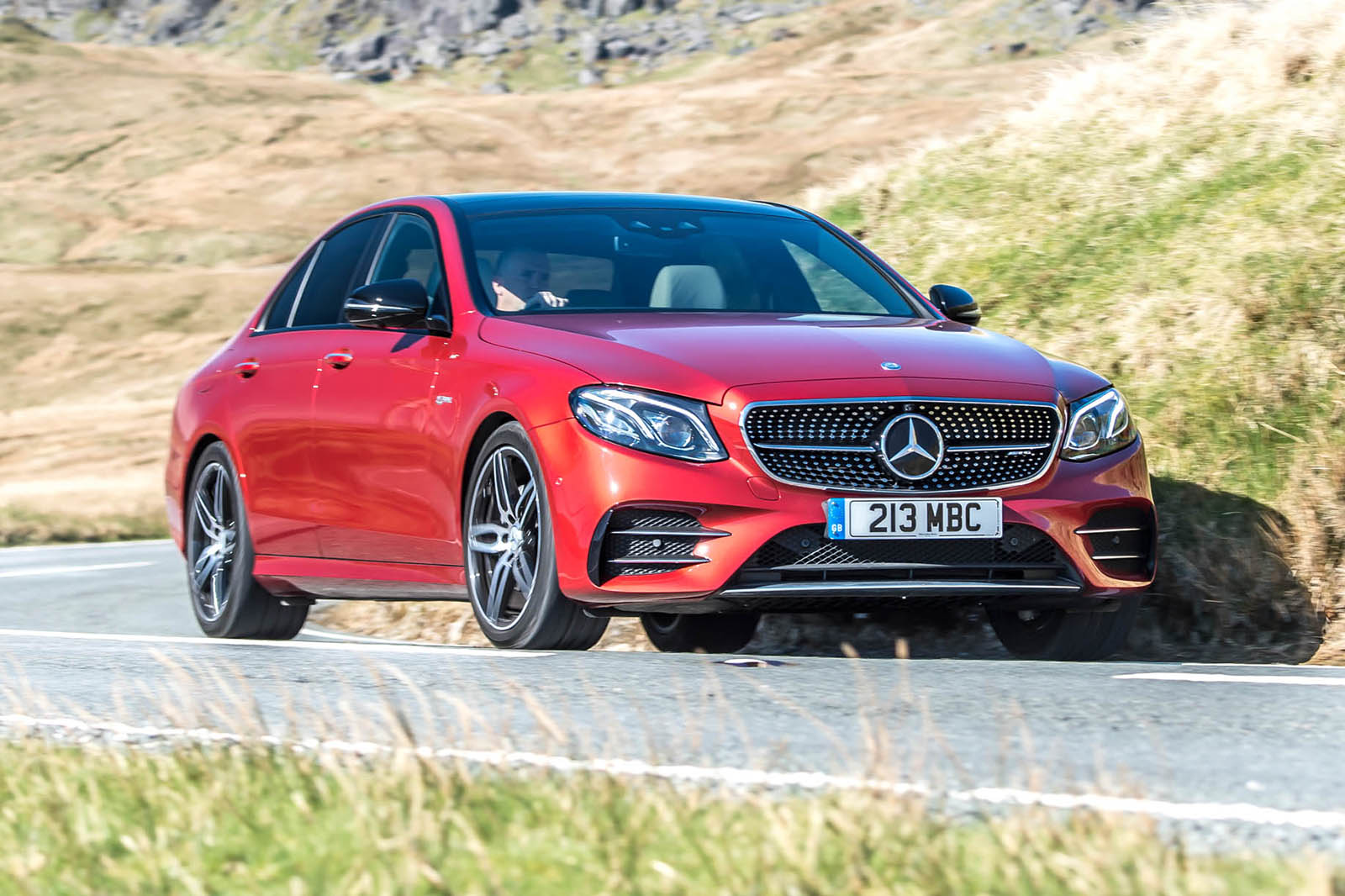 The new Qashqai-sized crossover, the MG GS, has failed to make an impact despite being launched into one of the most dynamic parts of the market.

Mini had a stable 2017, although there is probably room for the new Countryman to boost sales a bit further in 2018.

The reduction in the fiscal incentive to buy the Outlander plug-in hybrid was always going to reduce UK sales in 2017, but increased sales of the ASX have softened the blow somewhat.

Over the past 10 years, Nissan has added more sales than any other brand in the UK, with the Juke and Qashqai both leading their respective segments.

With UK sales of around 15,000 per year, Porsche is no longer a niche brand. It is also no longer a specialist sports car brand: the Macan now accounts for more than 40% of sales.

Renault has become a kind of Nissan tribute band in the UK: half its sales come from the Captur (follow-on from Juke) and Kadjar (follow-on from Qashqai). In both cases, the Nissans sell much better.

Sales remained stable in 2017, despite the absence of the Phantom. With the new Phantom and Cullinan, sales could rise in 2018 – in a suitably stately fashion, of course.

Once Skoda became part of Volkswagen, Seat staggered around the market like a man wearing a blindfold. It is finally getting its act together with the excellent Ateca (above), and there is room for more growth. 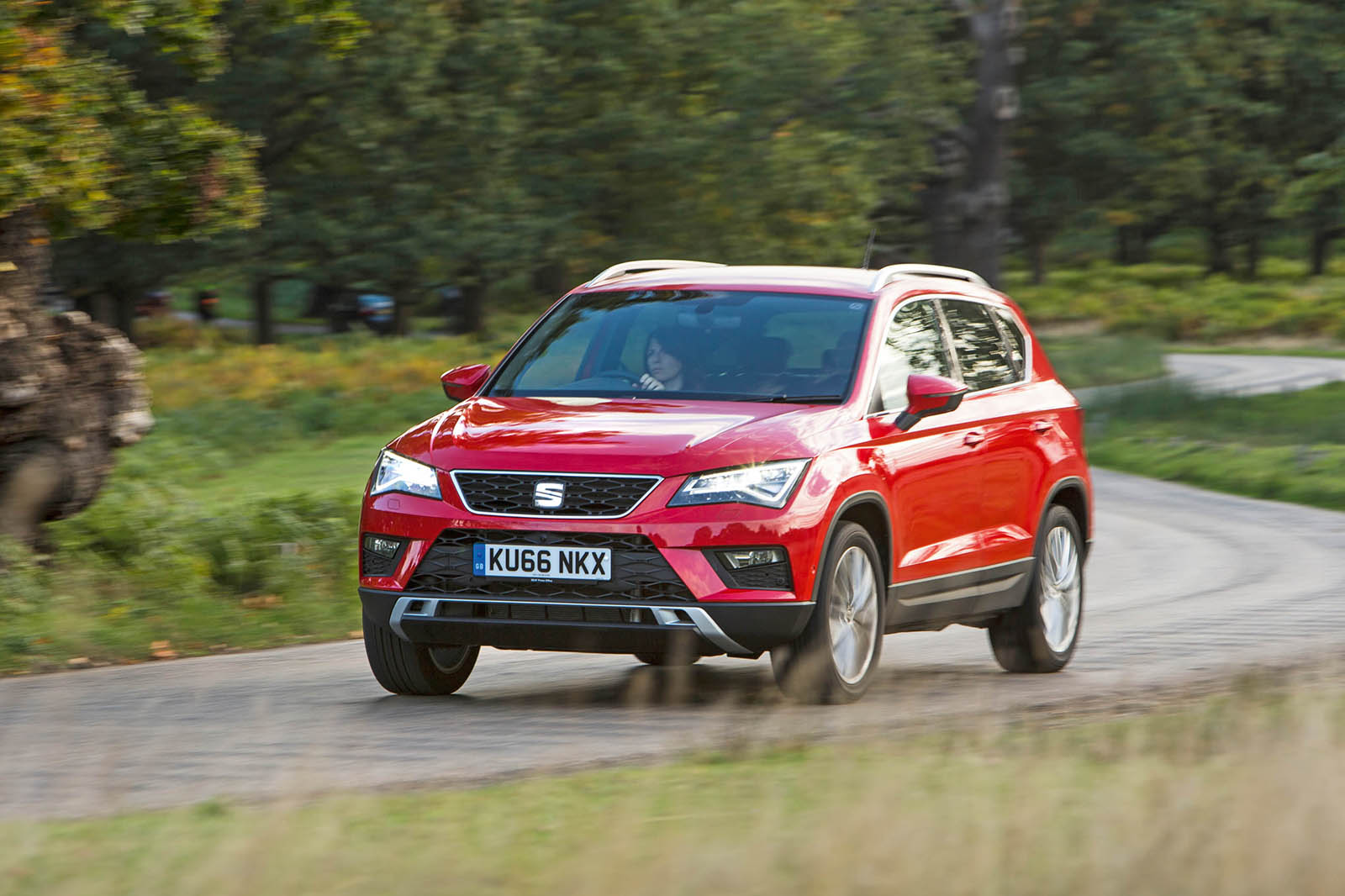 The new Kodiaq has had a great start, helped by its Superb-like price-to-size ratio. Next year comes the new Karoq compact crossover – the outgoing Yeti will be one tough act to follow.

Maybe the Fortwo can become an autonomous electric city shuttle. Its future as a conventional car seems limited.

Sales of the all-new Tivoli small crossover have fallen by more than 30% to well under 2000 a year. If Ssangyong can’t sell that, what can they sell?

Not a single model manages to sell more than 1000 units per year. To most UK buyers, Subaru has fallen off the radar. 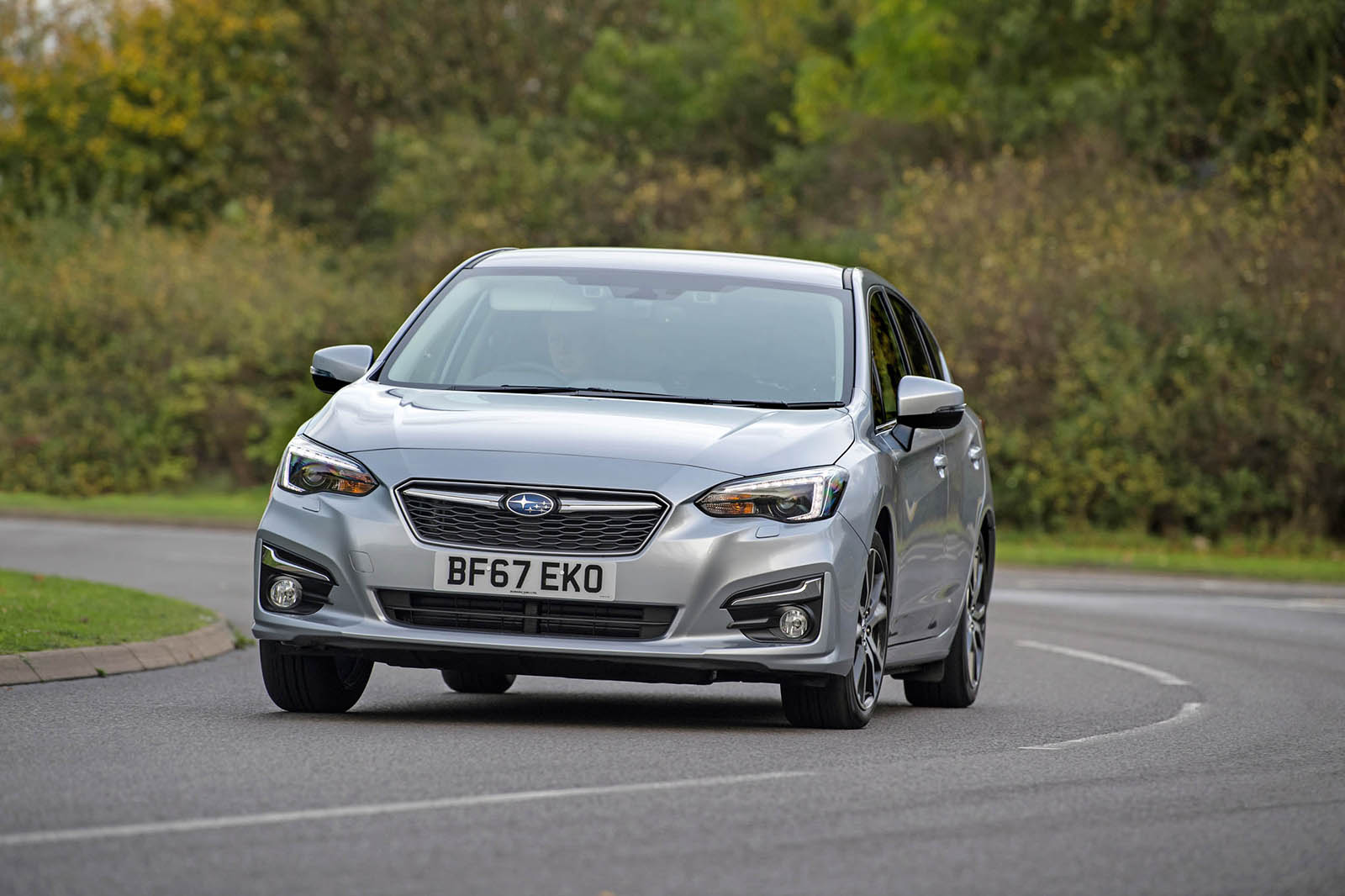 The new Ignis is doing well but stealing some sales from the Swift. Suzuki is well placed – it was making small 4x4 hatches long before anyone had coined the term ‘crossover’.

Vauxhall’s sales are melting away like snow in the spring sunshine. It will probably finish the year behind VW amid collapsing sales of the Corsa (down almost 30%) and Insignia (down more than 40%). 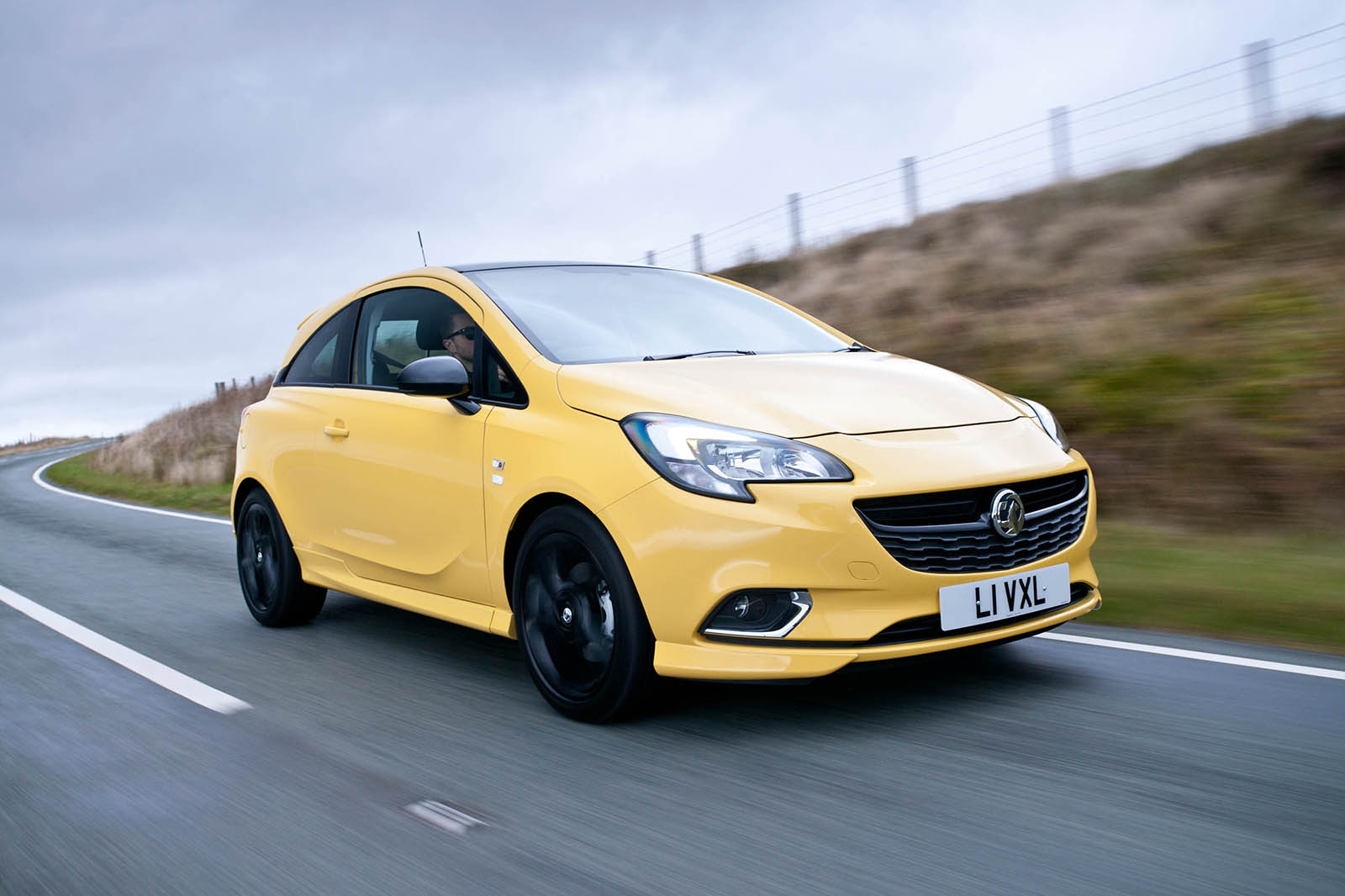 All the growth has come from the new Qashqai-sized C-HR crossover, which has got off to a very good start. Meanwhile, Toyota’s traditional models, from the Aygo to the Avensis, are fading.

Scandal, what scandal? Market share is at record levels, with the Golf now running neck-and- neck with the Ford Focus and the Tiguan increasing sales by more than 50%.

Fighting the German premium brands is never easy, but Volvo is making progress. Sales increases are coming from the S/V/XC 90 at the top of the Chinese-owned Swedish firm’s range, showing that Volvo is an increasingly credible premium player.

It was a good year to be selling…

Mid-size crossovers: Qashqai-sized models were up more than 20%

Executive crossovers: Models like the Evoque (below) were up 18%

Compact executives: Curiously, the only non-crossover segment to expand (up 6%)

It was a bad year to be selling...

Small MPVs: Both B-Max and C-Max segments fell by more than 20%

Small hatchbacks: City cars and superminis fell by more than 10%

Large family cars: The ‘D’ segment fell by over 25% and seems to be heading for extinction

The winners and losers of 2016's UK car market

Looking at Alfa's numbers I really fear for them. The problem they have is that although their latest offerings are the best in decades they are not no viewed in the same light as the German big 3 + Volvo + JLR. I suspect FCA will try and sell them soon, Jaguar might be a good partner for them as both brands need more volume in the sedan market.

Jaguar is heading in the right direction. Add in a few more SUV's and they will do well.  Lexus are really not making an impression these days and DS has been shown up to be about as strong as Lincoln in the US. As for BMW well they need to radically improve their interiors or face loosing more ground. There interiors aren't a match for anyone these days.

Reaping what they sowed over almost 30 years. Made mediocre products, relied on past reputation, marketed them really badly, waited for Asian brands to catch up with styling, and then tried to work out what went wrong???? Products in 80s were mostly desirable, so who determined the strategy after this?

Bizarre. Were they actively trying to fail over a very long period? even if GM cut costs they could still have been styled well?

PSA are heading the same way, with exactly the same issues as Vauxhall, but over less years. But with the added “bonus” of legendary crap build quality.

Honda are designing their way to oblivion for unknown reasons.

Jaguar need the SUVs to work, the saloons don’t and won’t sell until the styling is changed inside and out.

BMW will stagnate as the styling on most is just not attractive, and the interiors are terrible.

VW margins are terrible, don’t understand why. Do Audi, Seat, Skoda, etc pay their share of platform and drivetrain development?

Reaping what they sowed over almost 30 years. Made mediocre products, relied on past reputation, marketed them really badly, waited for Asian brands to catch up with styling, and then tried to work out what went wrong???? Products in 80s were mostly desirable, so who determined the strategy after this?

Bizarre. Were they actively trying to fail over a very long period? even if GM cut costs they could still have been styled well?

PSA are heading the same way, with exactly the same issues as Vauxhall, but over less years. But with the added “bonus” of legendary crap build quality.

Honda are designing their way to oblivion for unknown reasons.

Jaguar need the SUVs to work, the saloons don’t and won’t sell until the styling is changed inside and out.

BMW will stagnate as the styling on most is just not attractive, and the interiors are terrible.

VW margins are terrible, don’t understand why. Do Audi, Seat, Skoda, etc pay their share of platform and drivetrain development?

So in summary, every car maker is rubbish or doing rubbish, as far as you are concerend!

Particularly amusing is the comment that BMW "interiors are terrible". I tried out a new 5-series recently, and its interior build, materials and ergonmics have to be among the best currently on the market. Seems like we have different understandings of the word terrible.