BACK TO ALL NEWS
Currently reading: Mercedes to launch 32 new models by 2022 in massive rollout
UP NEXT
Lamborghini confirms LMDh entry for 2024

Mercedes-Benz has finalised development plans for more than 30 new models – all scheduled to arrive by the end of 2022.

The headliners in the wide-ranging new-model programme, confirmed to Autocar by high-ranking Mercedes officials, include replacements for the existing C-Class, S-Class and SL.

Under the plans, the new SL will return to its roots by featuring a traditional fabric hood for the first time in more than two decades when it is unveiled in early 2021 as a reborn 2+2 sports car.

There will also be the production version of the delayed One hypercar, deliveries of which are now unlikely to take place until 2021 due to ongoing emissions testing setbacks. 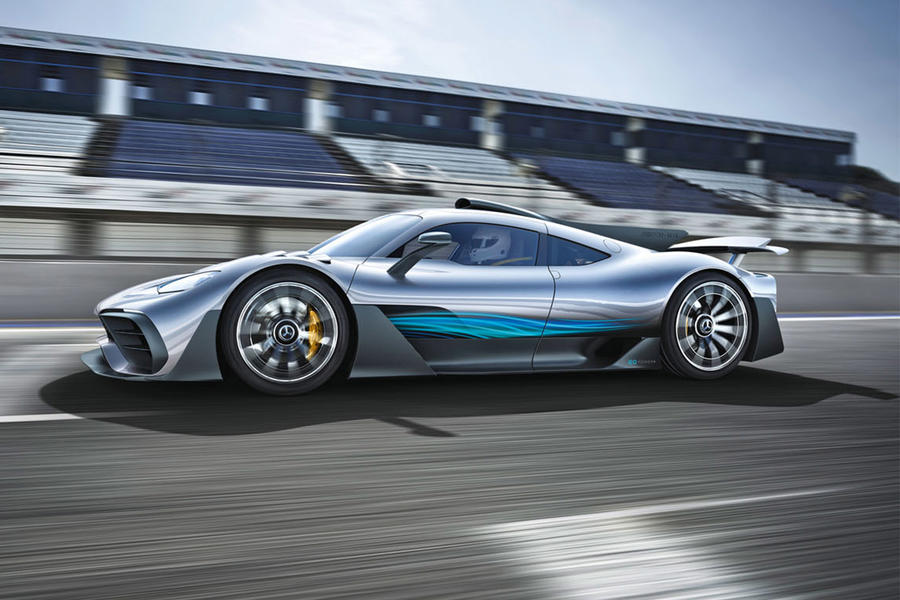 At the more price-sensitive end of the line-up, Mercedes city car brand Smart will upgrade its range, with new electric Fortwo and Forfour models set to go on sale by the middle of the year.

By 2022, the Smart line-up will grow as Mercedes co-operates more closely with Chinese car giant Geely, which now owns a 50% shareholding in the city car maker, to develop a brace of new urban-focused models. One of these will be a compact electric-powered SUV that will be built in China and exported to the UK.

Other key new Mercedes models for the near future include five EVs from its new EQ electric car sub-brand. These comprise production versions of the earlier EQA and EQS concepts, plus new EQB, EQE and EQG models. Together, they form part of a €10 billion (£8.6bn) development programme aimed at propelling Mercedes to the front of the electric car ranks by the middle of the decade.

Mercedes’ new entry-level electric model, the EQA, is based on the second-generation GLA, alongside which it will be produced at the firm’s Rastatt factory in Germany. Although it retains the same bodywork as its combustion-engined sibling, it receives its own individual front and rear styling elements in a move similar to that of the larger EQC.

Details about the EQA’s driveline remain scarce, but Mercedes sources suggest it will be sold with a choice of up to three different electric motors and battery capacities. The most efficient of those is expected to provide this Volkswagen ID 3 rival with a range of up to 250 miles.

At the other end of Mercedes’ future electric car line-up is the EQS, which will be the first model to use the company’s dedicated MEA electric car platform.

The EQS is described as being similar in size to today’s CLS. Unlike its combustion-engined sibling, though, the new range-topping EQ model will have a liftback-style tailgate for added practicality. With a 100kWh battery housed within its flat floor, the EQS is claimed to offer a range of up 435 miles in its ultimate form.

The expanded line-up of EQ-branded electric-only models will join new EQ Power petrol-electric plug-in hybrid versions of the second-generation CLA and GLA and facelifted E-Class – all three of which are set to be unveiled at the Geneva motor show this March.

The front-wheel-drive CLA 250e and GLA 250e plug-in hybrids will have the same system as that used by the A250e and B250e. This means a turbocharged 1.3-litre four-cylinder petrol engine and gearbox-mounted electric motor developing 215bhp and 332lb ft of torque. A 15.6kWh battery provides an electric range of around 42 miles. 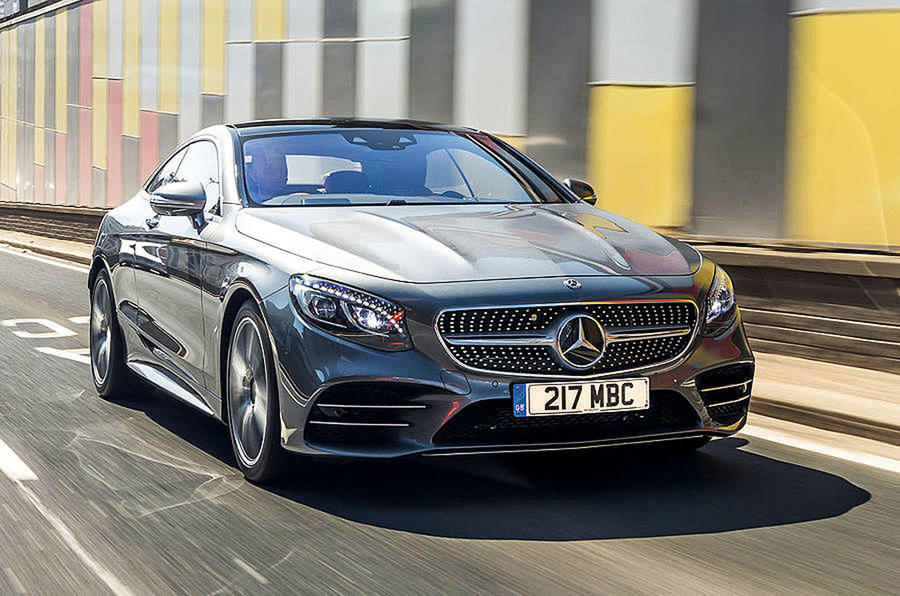 By the end of this year, Mercedes plans to offer 20 plug-in hybrid models. These will range from the A250e to an advanced replacement for the S560e that will form part of the new seventh-generation S-Class line-up and offer more than double the electric range of its predecessor, according to engineers involved in its development.

Developed from the ground up, the new S-Class is described as the most advanced Mercedes production model yet. The basis for the new luxury saloon is a re-engineered version of Mercedes’ MRA platform and an all-new electric architecture that supports a multitude of new driver assistance systems, including level-three autonomous functions and driverless valet parking.

In the future, the new S-Class will be produced exclusively in saloon form, with the choice of either a standard or extended wheelbase depending on the country in which it is sold.

Slow sales of the S-Class Coupé and Cabriolet have caused them to become victims of a consolidation programme for traditional combustion-engined models, according to insiders, who say the two bodystyles will not be replaced when they reach the end of their model cycle in 2022. 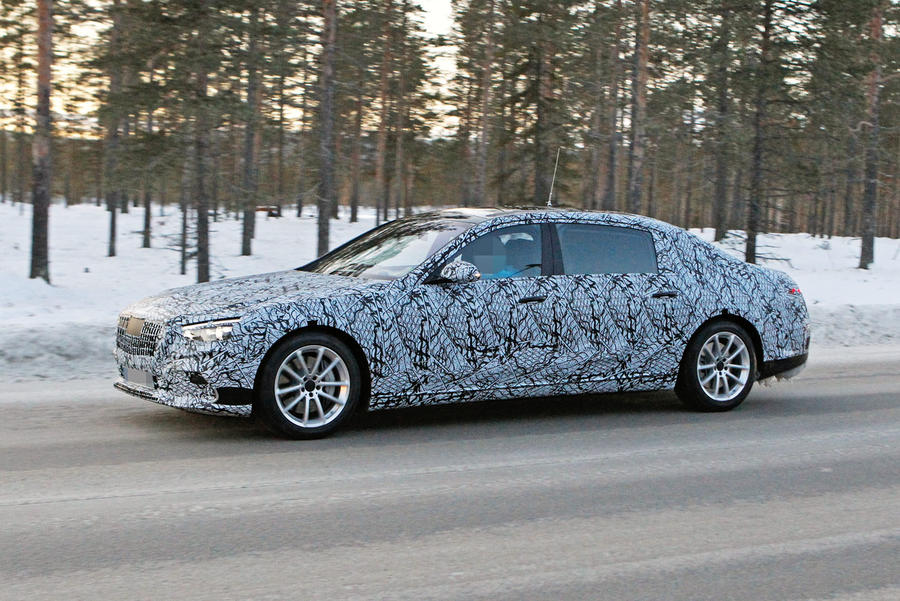 Despite sweeping cost-cutting measures aimed at saving up to €1bn (£860 million) over the next two years under an internal efficiency programme dubbed Move, new Mercedes chairman Ola Källenius has approved what is being described as the company’s most intensive new model push yet.

Among the key aims laid down in the development of future models by Källenius, who has spent the past two years heading Mercedes’ vast R&D operations, is a dramatic decrease in the company’s CO2 fleet emissions as part of efforts to meet strict new EU regulations that introduce a 95g/km limit by the end of 2020. It is central to what Mercedes calls its ‘Ambition 2039’ plan, which calls for a CO2-neutral line-up within the next 20 years.

In recent years, the popularity of high-profit SUVs and a decline in diesel sales have hampered Mercedes’ efforts to reduce its CO2 fleet emissions. The latest official figure released by the company put its CO2 fleet emissions at 135g/km – well short of the prescribed 95g/km. This leaves the firm susceptible to substantial EU fines should that figure not be significantly improved by the end of 2020.

Although electrification is set to play a key role in the reduction of Mercedes’ CO2 fleet emissions, its engineers are also focused on increasing the efficiency of its traditional petrol engines.

Mercedes will introduce in the facelifted E-Class a new four-cylinder engine that, it claims, delivers greater efficiency than any rival powerplant. Codenamed M254, it replaces the previous M274 engine and features modular properties that allow it to share various aspects of its design, including a 48V integrated starter motor, with the larger M264 six-cylinder.

The 2.0-litre unit, which is also set to play an integral role in the fifth-generation C-Class due in 2021, has been conceived to meet Euro 7 emission regulations, although Mercedes engineers have told Autocar that this is likely to be achieved only through electrification.

Further efforts in CO2 reduction include a controversial decision to replace the turbocharged 4.0-litre V8 engine used by the existing C63 with a turbocharged 2.0-litre four-cylinder in a successor plug-in hybrid model that will head the new-generation C-Class line-up in 2021.

The decision to move to four-cylinder power for the C63 comes after moves by AMG to provide larger models with a mild-hybrid variant of its turbocharged 4.0-litre V8. Set to be launched in the upcoming GLE 63 S and GLS 63 S, it supplements the 604bhp and 627lb ft of the combustion engine with an additional 22bhp and 184lb ft from a gearbox-mounted integrated starter motor similar to that used by the GLE 53 and GLS 53.

Mercedes and Geely tie-up, what can we expect? 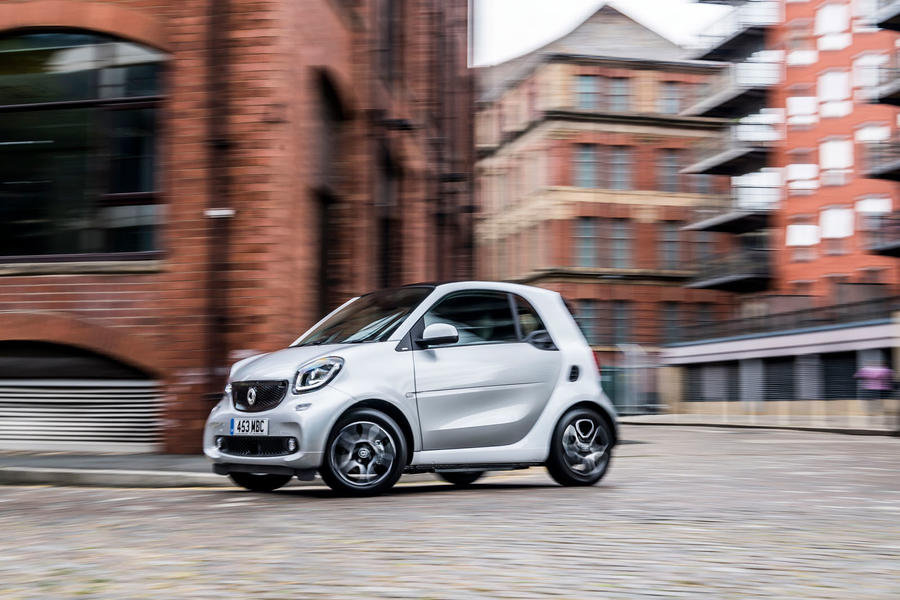 Mercedes-Benz and Chinese car maker Geely have carried out preliminary talks on how the two might co-operate on a series of projects, including future four-cylinder petrol engine and dual-clutch gearbox development, according to senior officials from the German firm.

Geely – which has a 9.7% stake in Mercedes parent Daimler and owns brands such as Volvo and Lotus – cemented operational ties with Mercedes’ passenger car division in early 2019, when it agreed to purchase a 50% stake in Smart.

Earlier this month, Mercedes and Geely confirmed they were co-operating on the development of a new Smart SUV. Due in 2022, it is claimed to be among a number of new Smart models set to be made in China by the middle of the decade.

“The initial talks surrounding Smart have led to further internal discussions on whether it would make sense to operate with Geely in other areas, including engine and gearbox development,” a Mercedes source revealed to Autocar at the recent 2020 Consumer Electronics Show in Las Vegas.

At this early stage, the talks are described as being constructed around “exploring possibilities rather than anything concrete”. However, with questions surrounding Mercedes’ operational alliance with French car maker Renault, the suggestions are that chairman Ola Källenius could move to forge an ever deeper working relationship with Geely.

Among the areas pinpointed by the Mercedes insider for possible co-operation with Geely are four-cylinder petrol engines and dual-clutch gearboxes for future compact models. These include successor models to today’s A-Class hatchback and saloon, B-Class, CLA, CLA Shooting Brake, GLA and GLB.

The AMG One is likely to

The AMG One is likely to become a very expensive white elephant.

Apparently the X-Class van is going to to be canned before summer.

I agree with Saucerer - a

In truth it is a ridicuous boast, akin to a crap restaurant with 100 different dishes on its laminated menu.

My ongoing beef with Greg is that he always writes as if 'more' is better.  More models, more driver assist features...

It totally repulses me, and judging by the falling sales across Europe, it would appear that I am not alone.