BACK TO ALL NEWS
Currently reading: 800bhp+ hybrid Mercedes-AMG GT 73 4-door Coupe coming in 2020
UP NEXT
The next Hamilton? Autocar meets F1 prodigy George Russell

Mercedes-AMG is preparing to launch its most powerful model yet next year: a plug-in hybrid version of the GT 4-door Coupé.

Likely to be dubbed GT 73 4Matic, for which a trademark was recently applied, the petrol-electric flagship is expected to produce around 800bhp, if not slightly more.

New spy shots show what initially looks like just another GT 4-door Coupé prototype being put through its paces by engineers. However, a view under the bonnet reveals a complex electrical system - almost certainly that used by an electrified powertrain. The photographers who took the images also claim the test mule drove away silently on electric power. 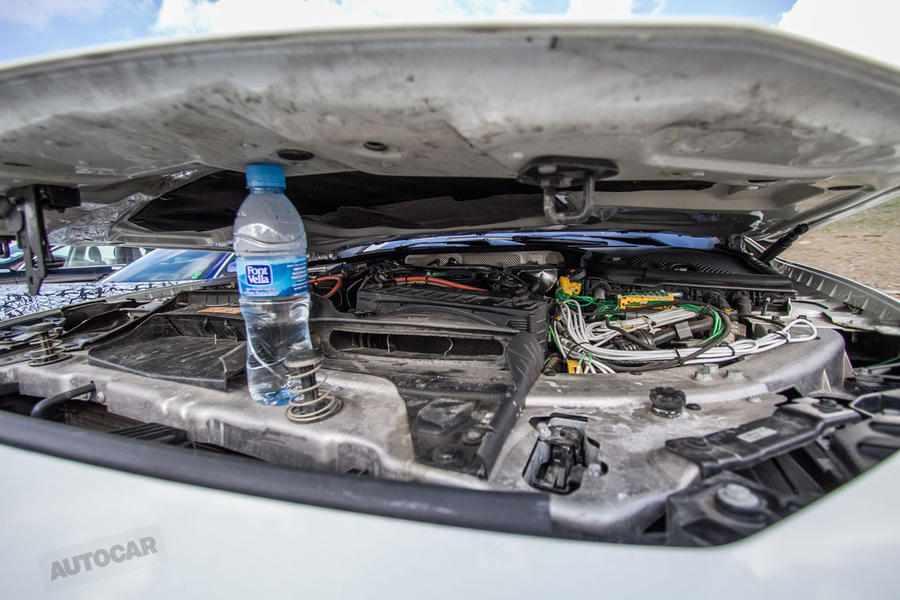 AMG boss Tobias Moers confirmed to Autocar at the Geneva motor show that the model will launch in 2020. He also revealed the powertrain will remain largely faithful to that of the GT Concept shown at the 2017 Geneva motor show.

That made use of AMG’s twin-turbocharged 4.0-litre V8 petrol engine with an electric motor on the front axle, giving a combined system output which Moers claims is “up to 600kW” - or 805bhp. That compares strongly to the Porsche Panamera Turbo S E-Hybrid, which makes do with 671bhp.

Despite a fairly substantial increase in weight that goes along with the hybrid system, the GT 73 should be capable of breaking the three-second barrier in a 0-62mph sprint. The GT 63 S manages the same sprint in 3.2sec. Yet it’s not all about fast launches; the system will also allow an all-electric range of up to 31 miles and, as a result, far greater claimed economy than any other GT 4-door Coupé.

The '73' branding has only ever been reserved for a select few of AMG’s most powerful models throughout history. The last was the SL 73, a super-rare version of the 1990s R129 SL that used a 7.3-litre V12. That motor then went on to power the Pagani Zonda supercar. 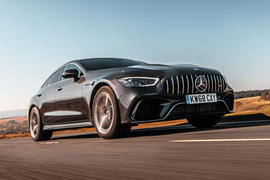 cant wait to get invited to

cant wait to get invited to the launch.

I guess in 5 years time most things will have 1000bhp