Mercedes' all-new SL drop-top is due in 2020 with AMG chassis development, and shortened mules testing new platform have been seen
Close

Novel-looking Mercedes-Benz prototypes, believed to be chassis mules for the next-generation SL, have been spotted - a week after AMG boss Tobias Moers told Autocar that SL prototype would hit the roads this year.

The prototypes show an E-Class saloon with a significant chunk removed from the wheelbase and body. The length and detailing of this chopped mule strongly suggests it is a test bed for the new shared sports car platform.

Moers confirmed last week that the SL, which will launch by 2021, will be “aligned” with the next AMG GT. Both cars will share a new aluminium-intensive platform, known internally as the Modular Sports Architecture (MSA), in an attempt to increase the economies of scale and overall profitability of two of Mercedes’ most exclusive model lines.

Autocar first scooped the new SL last October, but only recently has Moers gone on the record to confirm AMG's development of the new model.

“We’re bringing back the historic DNA of the SL," he said. "It's far sportier [this time round]. It will have a perfect compromise between driving dynamics and comfort because it’s still kind of a cruiser too.” 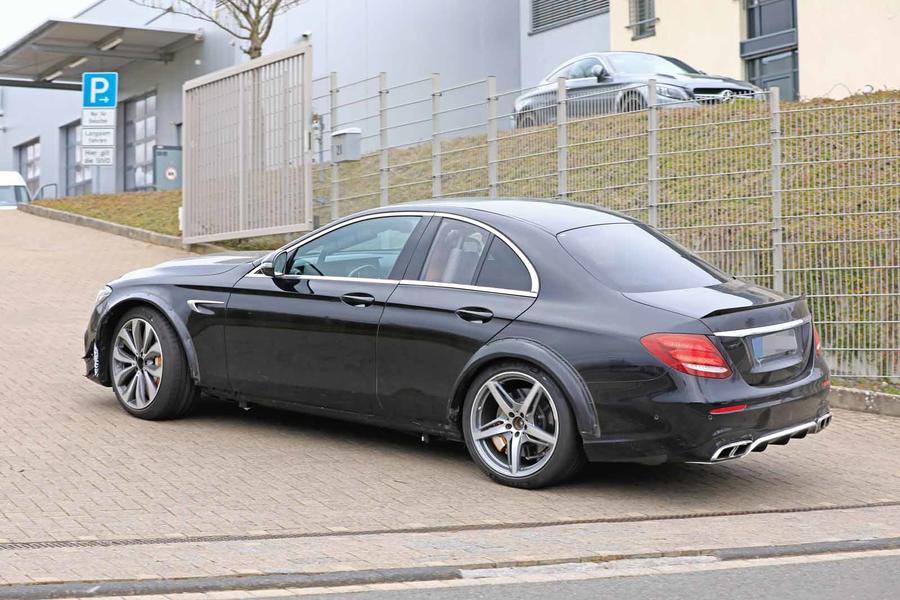 This is the first time AMG has overseen development of any SL across its previous seven generations.

Moers said: “Handing over SL to AMG as the performance and sports car brand is great. There’s lots of responsibility behind that, and I’m really honoured.”

He also confirmed that the eighth-generation SL would be offered only as a roadster, like its predecessor.

Autocar has previously reported that the model will receive a traditional fabric hood in place of the folding hard-top arrangement that has been used for the past two SL incarnations.

Overall, the SL will be revived as a lighter, faster and more engaging model, which is why AMG has been tasked with heading up the project.

Early plans to base a successor to today’s smaller SLC off the same underpinnings have been abandoned following a recent decision not to replace the junior Mercedes roadster due to dwindling sales.

Early prototypes of the new SL were spied testing on track with the new platform underneath a shortened S-Class Coupé body. They give away little about the car’s mechanical set-up, which is rumoured to run a transaxle arrangement with a dual-clutch automatic gearbox integrated within the rear axle assembly, like on the GT. However, the overall dimensions of the engineering mules suggest the production version will be slightly larger than the existing SL, which is 4630mm long, 1870mm wide and 1310mm tall.

The adoption of the MSA platform is claimed to have had a positive effect on the styling of the new SL, whose proportions are said to be more in keeping with earlier incarnations of the classic roadster than the current model, which shares a platform with saloon models such as the C-Class, E-Class, CLS and S-Class.

A Mercedes source told Autocar that the new SL receives a longer bonnet and more rearward-positioned cabin. “The new platform has given us more freedom,” the source said. “There’s more distance between the front axle and the front firewall. This gives it more traditional proportions.”

In a further departure from today’s model, it is also expected that Mercedes will provide the 2020 SL with a 2+2 seating layout. Autocar has been told that AMG is keen to give the new SL the same sort of practicality as the Porsche 911, with a set of rear seats capable of accommodating adults for short journeys or, alternatively, luggage as an extension of its boot.

The range is understood to start with an SL450 EQ Boost model running a turbocharged 3.0-litre in-line six-cylinder developing around 365bhp, along with an added 22bhp in combination with an integrated starter motor.

Further up will be the SL53, which will run a more powerful AMG-tuned version of the SL450 EQ Boost’s mild-hybrid drivetrain with around 430bhp and added 22bhp through electric assistance.

Among the V8-powered models will be the SL500 EQ Boost. It is due to receive a turbocharged 4.0-litre V8 with a similar power output to the SL53, but significantly more torque. Topping the range will be the SL63. It is likely to be offered in two states of tune, with the most powerful model running a turbocharged 4.0-litre V8 capable of in excess of 600bhp and more than 30bhp of electric boost. It is unclear if Mercedes will continue with the V12-powered SL, although, given the potential output of the SL63, it would seem unlikely.

AKA cost-cutting, but all

AKA cost-cutting, but all those fat golfers want a cushy ride.

Soon their number 1 choice will be the Tesla roadster

Present model and the BMW Z series are so girly cars. Sorry if any you guys out there have one, but I always try to get a peep of the face beind the wheel. If its not a girl...it should have been lol, but this is much more bisexual and even has the hormones to please everyone

Overcompensating for a lack of...

Nice bit of casual sexism / homophobia there! If your car makes you feel like a real man - good for you.

Are you some sort of throwback from a different era? One of misogynistic, homophobic judgment where a car is better when driven by a man.

Merc - Use the Autocar designer!

Copy their look; it's almost perfect!   Better than the new Z4.

Is the Mercedes SL going to be the cool car to have over the BMW?   A freind gave me a go of hers' and I've got to say it was rather good actually.   Was also in an E-Class, in the rear getting driven from the airport, and it was superb.

I'm really not a fan of Mercedes (I'm neutral) but their products have really impressed me of late.

"SL will return to it's sporting roots"

Apart from recent AMG-engined versions, when has the SL in its previous generations ever been vaguely sporting. It is/was a Californian boulevard cruiser that was never happy anywhere near a race track.

Bit jelly mould, don’t like Chrome strip on rump, quite like reshape of Window behind B’ pilllar, and that’s about it....I’m not a fan I’m afraid.

Peter, what is the point in

19 April 2019
Peter, what is the point in commenting on an Autocar drawing?

With the sea in the background the Autocar render manages to make it look like a sad catfish that’s just been washed up on the shore.