BACK TO ALL NEWS
Currently reading: Mercedes-Benz ESF concept shown at Frankfurt
UP NEXT
Bentley Batur: new Mulliner car to arrive on 21 August

Mercedes-Benz is presenting its new ESF 2019 concept at Frankfurt as the latest in a long line of experimental vehicles in an ongoing project into advanced safety technology.

Based on a yet-to-be launched petrol-electric GLE, the ‘ESF 2019’ research project acts as a rolling showcase for new and improved safety functions that Mercedes expects to incorporate on its future models. Among the project’s innovations are those that the German car maker calls “near series” as well as developments that “look well into the future”.

The ESF 2019’s developments include a new holistic driver environment that features a retractable steering wheel and pedal box as well as ideas for new airbag installations that Rodolfo Schöneburg, the head of Mercedes vehicle safety, said “take into account the greater interior flexibility offered by autonomous vehicles”. 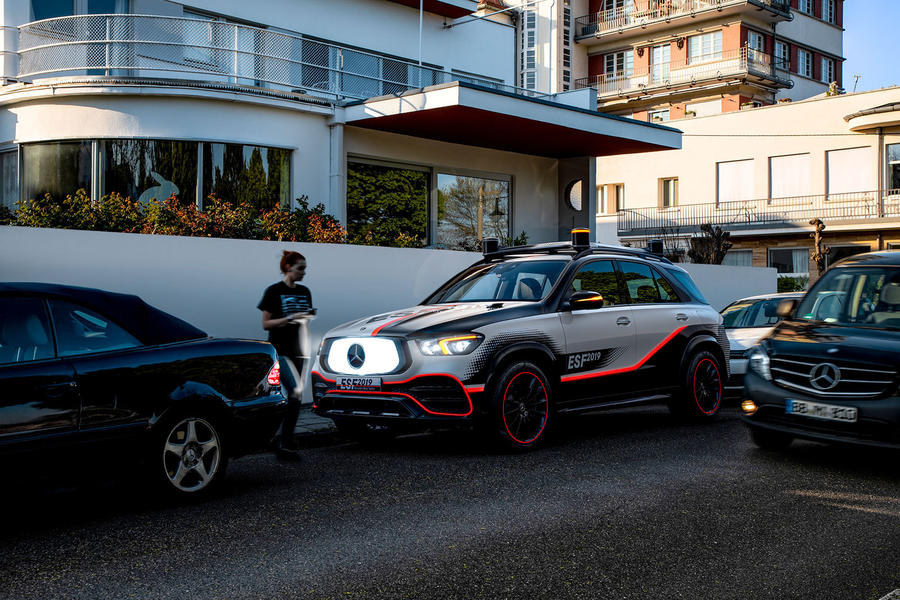 He said: “The great advantage of automating driving functions is that, in the future, fewer accidents will be caused by driver error. However, fully automated and driverless vehicles also come up against physical limits and there will undoubtedly be mixed traffic consisting of automated and non-automated vehicles for many years.”

The heavily modified GLE also uses a new interior lighting function incorporated into the driver’s sun visor. It has been developed in response to recent studies that reveal a vitalising light source similar to that of mood lamps can significantly improve driver alertness on long journeys.

As part of an update to its existing Pre-Safe belt tensioners, Mercedes has also equipped the ESF 2019 with Pre-Safe Curve, which warns the driver if the entry speed to corners is too high by lightly tightening the seatbelt.

A new Pre-Safe Child function preventatively tensions the seatbelt and inflates impact protection elements around the child seat before an impact, reducing the loads acting on the child. This new function is also able to monitor the seat installation and the child’s vital signs. 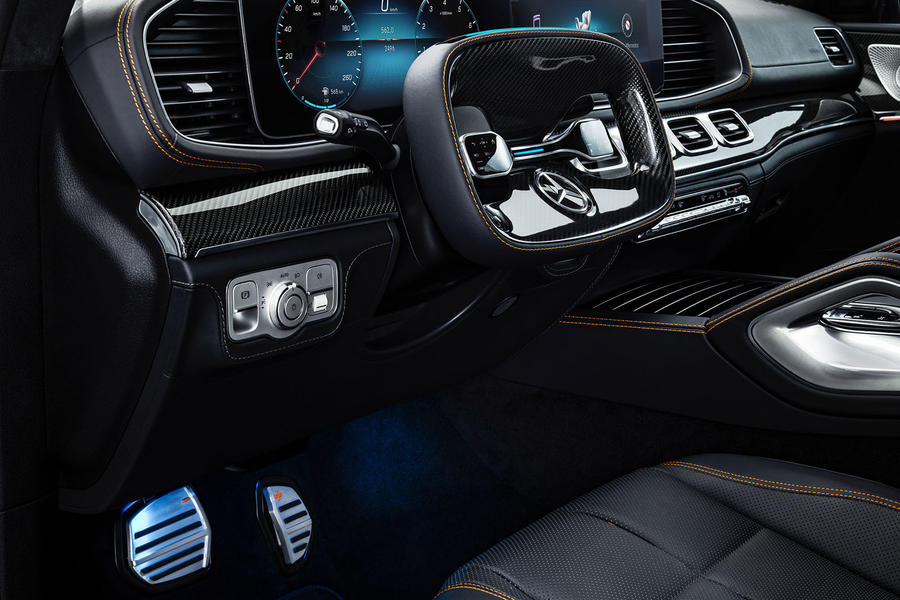 On its outside, the new safety research vehicle features digital surfaces incorporated into the grille, rear window and roof. Developed in a programme that aims to build people’s trust in automated vehicles, these digital surfaces communicate directions and other vital information as well as warn other road users and pedestrians of impending danger, even when parked.

Another new development heavily tipped to appear on next year’s all-new S-Class is Mercedes’ Digital Light – a high-definition light source with a resolution of more than two million pixels that is claimed to be dazzle-free.

A further future safety function being tested by Mercedes is a small robot that doubles as a warning triangle to secure accident sites or breakdowns. It deploys from the rear and positions itself at the side of the road. An additional warning triangle folds out of the roof. 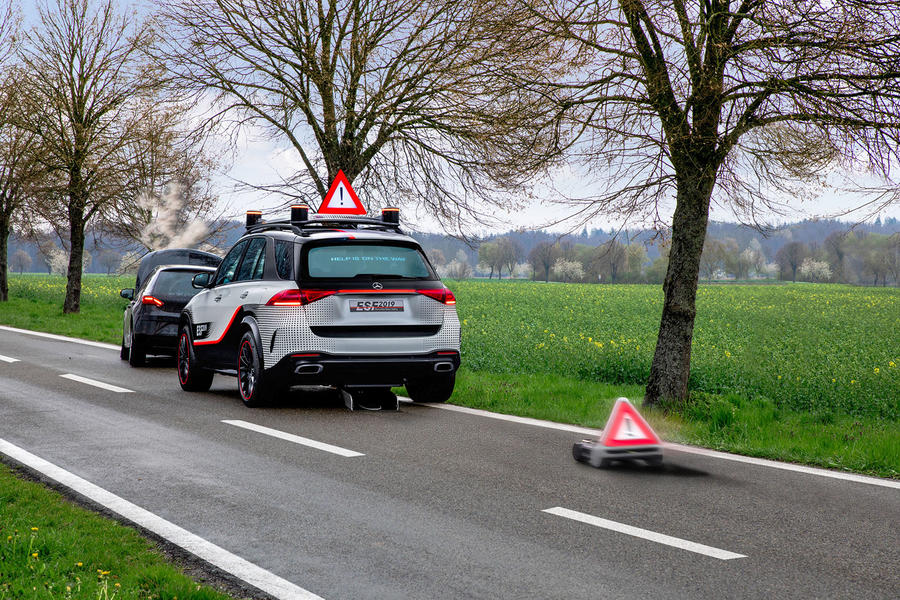 A potentially life-saving innovation is the new Pre-Safe Impulse Rear. It monitors when vehicles are approaching from the rear in a tailback and can autonomously move the ESF 2019 forwards if an impending impact is detected, provided there is the space to do so.

The project draws on more than 50 years of accident research. Previous experimental vehicles have previewed functions in current Mercedes models, including the rear seatbelt airbag and active high beam assistant initially incorporated on the ESF 2009.

look at all those additions they make it look fairly ugly, you definitly would be able to see that on the road on a dark night.

love the steering wheel though!

Yes these are great ideas for a safer life,but, there’s still going to be accidents because there will still be old tech cars on the roads for who knows how long.....