Mercedes could axe around three quarters of its AMG performance range to meet strict CO2 targets.

According to the Financial Times, the downsizing of Mercedes’ performance offering could be the manufacturer’s only choice if it is to bring its current fleet emissions rating of 138g/km down to a target of 100g/km. AMG models are among the brand’s most polluting, typically using much larger, more inefficient powertrains than their Mercedes-Benz-badged counterparts.

The FT reports that several Mercedes dealers expect a 75% reduction in the availability of AMG models, which industry analyst Max Warburton claims would be a “catastrophe for profitability”. Mercedes’ performance models command a significant premium over standard cars, but threaten the car maker’s ability to bring its CO2 average down.

Such a move could even be extended to Mercedes’ mainstream line-up, where the firm could restrict sales of cars equipped with 3.0-litre engines, said the FT. This could force powertrain alterations for models such as the new GLE Coupe, which is available exclusively with a 3.0-litre straight-six, even in standard form.

Responding to the report, a Mercedes spokesman said that "Mercedes-AMG is a significant strategic pillar for Mercedes-Benz cars with a clear powertrain strategy for the future," but did not respond directly to the comments allegedly made by some of the firm's retail representatives.

He added: "Starting with the first plug-in hybrids coming to the market in 2020 and followed by a new model range equipped with electrified powertrains, Mercedes-AMG will also contribute to lowering the average fleet emission of Mercedes-Benz Cars."

Earlier this year, Autocar reported that the next-generation C63 performance saloon, arriving in 2022, will swap the current model’s 503bhp 4.0-litre V8 for a hybridised 2.0-litre four-pot. The motor will be largely based on the new M139 unit featured in the latest A45 hot hatchback, which is the most powerful four-cylinder production engine on sale. 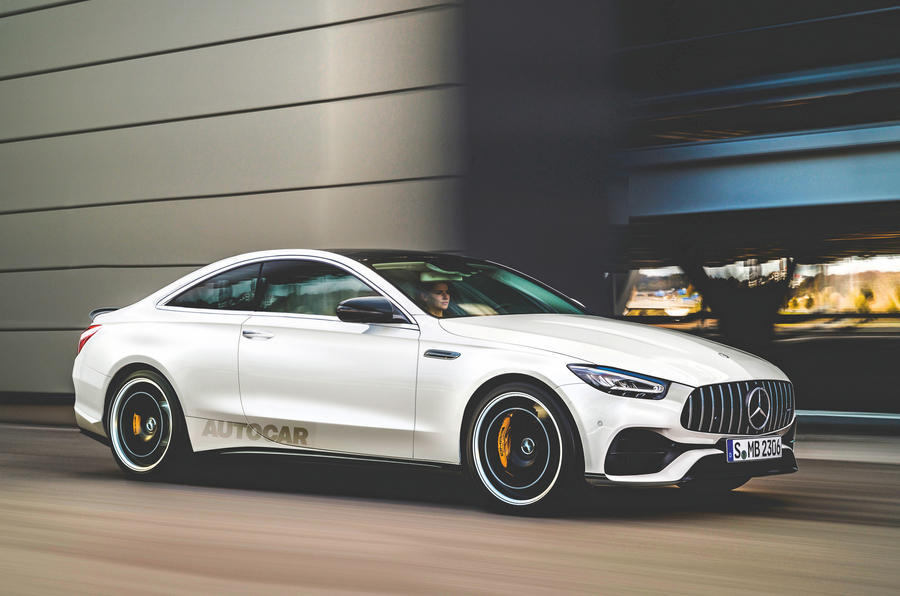 It is also possible that Mercedes could bring another manufacturer on board in order to enjoy a lower combined fleet average and avoid EU-imposed fines. Fiat Chrysler and Tesla signed a similar agreement in April, which allows FCA to count Tesla’s EV-only models as part of its fleet, thereby lowering its average CO2 output.

Mercedes is one of a number of manufacturers being forced to consider drastic line-up reshuffles to meet the quotas. Despite the recent launch of its EQC electric SUV - and the imminent arrival of the cheaper EQA - the maker cannot rely on its relatively low-volume EV sales to offset the environmental impact of its conventionally fuelled cars.

Max Warburton told the FT that if the industry sold the same mix of vehicles in 2021 as it did last year, car makers would face €25bn (£21.2bn) in penalties.

It would almost be funny, if

It would almost be funny, if Mercedes stopped selling its appealing cars in Europe and just sold EVs, and Taxis, whilst still making huge SUVs, and their more desireable cars for the rest of the world.

One point i still have not read anything about however, why are UK figures included (assuming we do leave the EU)? Surely after that date we should be part of the rest of the world, still allowed to have what we want, leaving just the EU to penalise its citizens?

The article seems to imply that the CO2 targets are killing AMG.  It's the use of liquid dinosaur burning engines for AMG that is doing that!  If they delveoped some decent electric powertrains (Taycan anyone?) then AMG could thrive.

Maybe if they stopped selling

Maybe if they stopped selling every PCP'd A class as an AMG they might restore some glamour to the tuner name.

You are not wrong.

Maybe if they stopped selling every PCP'd A class as an AMG they might restore some glamour to the tuner name.

What extra burden does the sale of A Class badged as AMG, equiped with Renault 1.5 diesel engines, on PCP/PCL's have on the overall pollution level, they are trying to reduce?.

Your point fails, both on that context and on the basis that buyers are lapping these cars up and giving the motor industry much needed volume and 2nd users a wide range of cars to choose from.

Those buying standalone AMG models, unlike you, understand the differences between those and a trim level with three letters in the name. Maybe since you said maybe, you should be given the benefit of the doubt...nah. :)

Deputy - selling milk floats would kill AMG sales. People buy AMGs because of the noise. They know that, and that's why they make them sound like that. And you can use them without worrying about range. All I ever read about is Teslas that can do 0-60 in 0.01 seconds and have a top speed of 1 million mph, but I have never been overtaken by one. Audi/BMW/Merc/Transit van - all day long. The Tesla is always in lane 1, doing less than 70 mph.

I used to have a V8 M3 and it was awesome.  However I recently had a Model 3 Performance and that makes the M3 and any petrol powertrain feel noisy but no go!  So I'd love an M or AMG electric vehicle - hits you in the back and handles.  Looking forward to the Taycan.  I'll always love the sound of a V10 but the future is electric.  I'll keep a 'classic' V10 Gallardo for track days!

Deputy - selling milk floats would kill AMG sales. People buy AMGs because of the noise. They know that, and that's why they make them sound like that. And you can use them without worrying about range. All I ever read about is Teslas that can do 0-60 in 0.01 seconds and have a top speed of 1 million mph, but I have never been overtaken by one. Audi/BMW/Merc/Transit van - all day long. The Tesla is always in lane 1, doing less than 70 mph.

Because Tesla drivers are responsible drivers rather than juvenile speed merchants?

Like it or not the future is electric, and if AMG wants to be part of it they'll need a USP other than the traditional V8 rumble. When solid state batteries and inductive under road charging become productionised at scale, combustion engines will disappear from the price lists very quickly.

I can't decide whether I

21 December 2019
I can't decide whether I think this is the tragic end of an era for the internal combustion engine brought about by flawed legislation or a long overdue step towards sorting out the climate crisis. I expected high end performance cars to be buffered from the legislation for a long time with the much larger numbers of mainstream cars undergoing long over due radical change, but it seems the industries failure to implement the later quickly enough is affecting the former.