From £25,800
Plug-in hybrid A250e will be the first A-Class hatch not powered purely by a diesel or petrol engine
Open gallery
Close

The Mercedes-Benz A250e EQ Power hatchback is one of three new plug-in hybrid models launched by the German firm in its compact class line-up. It's joined by the roomier B250e and significantly larger A250e saloon, both of which run the same driveline.

This is the turbocharged 1.3-litre four-cylinder petrol engine from the A200 in combination with an electric motor and an eight-speed dual-clutch gearbox. The overall system output is 215bhp and 332lb ft. The big attraction, of course, is that the front-wheel-drive A250e allows you to travel for extended distances purely on electric power at speeds of up to 87mph. 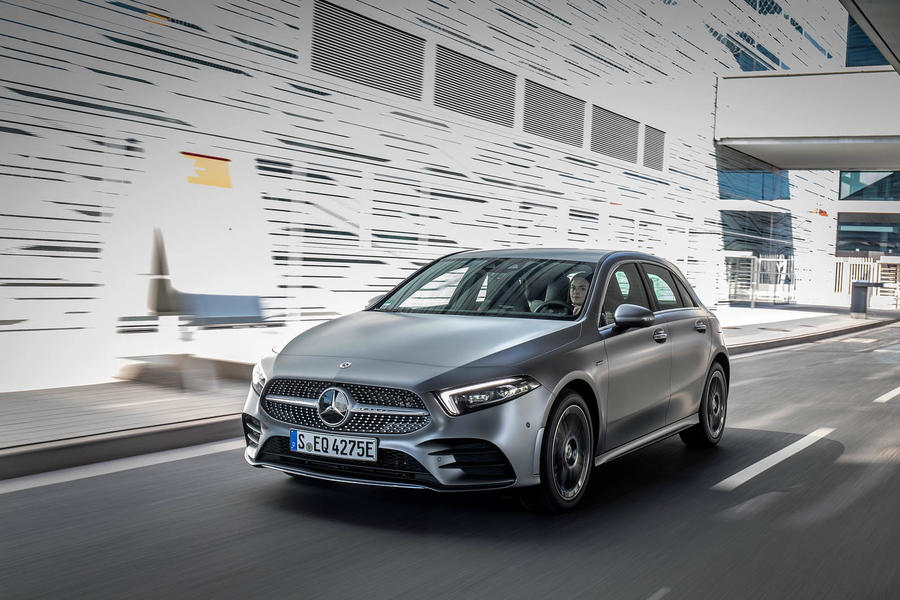 With a relatively large 15.6kWh battery from sister company Deutsche Accumotive mounted underneath the rear seat, the A250e achieves an electric-only range of up to 42 miles on the WLTP test cycle. That's 11 miles more than Volkswagen claims for the outgoing Golf GTE, which uses a smaller 8.7kWh battery. It also serves to provide the A250e with a theoretical combined 201mpg and average CO2 emissions of 33g/km, making it highly attractive for company car buyers.

Another thing: to package the battery as low down as possible, the exhaust system now ends in the centre of the car, under the floor, instead of at the rear, while the fuel tank has been moved backwards within a torsion beam rear suspension and reduced in size to 44 litres.

Step into the A250e and there's immediately a lot to like. The interior is largely unchanged from petrol and diesel-engined versions of the Mercedes-Benz A-Class hatchback, with high-quality materials, outstanding high-definition digital instruments and infotainment functions and switchgear that works with a wonderfully precise feel. 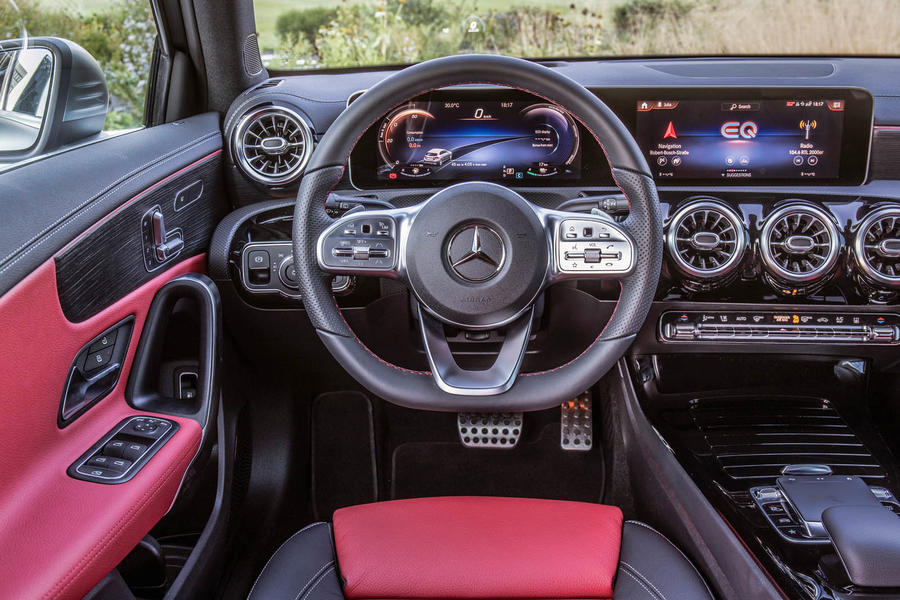 The stylish interior offers the same amount of room front and rear as other A-Class variants. However, the relocation of the fuel tank and packaging of the power electronics system at the rear has reduced the size of the boot by 70 litres. However, despite the raised floor, there's still 300 litres of luggage capacity.

In anything but electric-only mode, the initial step-off is handled by the motor before the engine cuts in. Sadly, though, we never get to explore the car’s full performance potential; in light rain, it was unable to handle light-to-moderate throttle loads without disturbing wheelspin and axle tramp.

The trouble lies with the A250e’s inability to place its notinconsiderable reserves to the road cleanly in damp conditions in anything but battery hold mode, in which the sole power source is the petrol engine. In both electric mode and hybrid mode with electric boosting qualities to enhance performance, the torque developed by the motor immediately overwhelms the efforts of the electronic traction and stability control systems.

The result, even with gentle tip-in, is an unruly spinning of the front wheels accompanied by old-fashioned wheel hop on wet roads at typical city speeds. The lack of control is most evident when accelerating away from standstill and when accelerating with moderate steering wheel lock, as at the exit of a roundabout.

In extreme cases, it leads to disruptive understeer. It's a little more resolved after you build some momentum out on the open road. However, a sharp application of the throttle can still leave it scrambling for traction when the road is less than dry. It can be quite disturbing during cornering at lower speeds.

Mercedes acknowledges the fundamental traction problem with the A250e hatchback, which it says is limited to certain frictional factors on damp road surfaces.

It says it is already creating a new software package that is planned for introduction before deliveries of customer A250es begin later this year, and it has invited Autocar to sample the revised model. Watch this space.

I bought one (bright Patagonia Red  - why are most Mercs. grey?) and I can tell you that the flip comment of the author of this article to 'watch this space' at the end of the article has not been  followed up by the author AND as far as I can tell there has been no update to the software. Pulling away from a traffic light in electric mode when the road is wet just spins the wheels and try to get too aggressive with acceleration and the car very definitely 'tramps' as described by the author. Not sure my front tyres are going to last very long.

Sounds a bit of a handful.

Sounds a bit of a handful.

Is this the latest A Class's equivalent of the original models Elk test?

Can the moderators please

Can the moderators please start getting rid of the irrelevant ads posted underneath articles.

Can the moderators please start getting rid of the irrelevant ads posted underneath articles.

Incase you hadn't noticed, there aren't any.