BACK TO ALL NEWS
Currently reading: The cars we lost in 2016
UP NEXT
New Kia EV9 primed as premium electric range-topper

There were a lot of new models in 2016, but a few cars were consigned to the history books too. Pay your respects here
Close

We’re very excited about the long list of cars coming in the next twelve months. But let’s take some time to remember the cars to which 2016 wasn’t so kind. 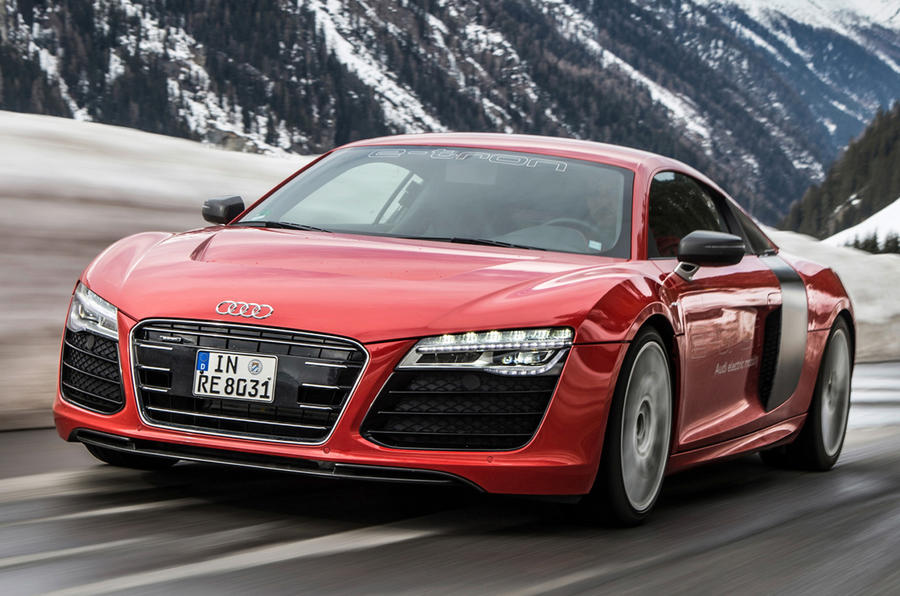 The Audi R8 e-tron was Audi’s short-lived electric R8, which met its end during the second half of the year. Audi wouldn’t tell us how many examples of the R8 e-tron were produced.

Audi claims that the Audi R8 e-tron was dropped to focus upon more mainstream electric car projects in the next few years, including an SUV, saloon and Audi hatchback.

Cause of demise: Audi’s streamlining of EV operations 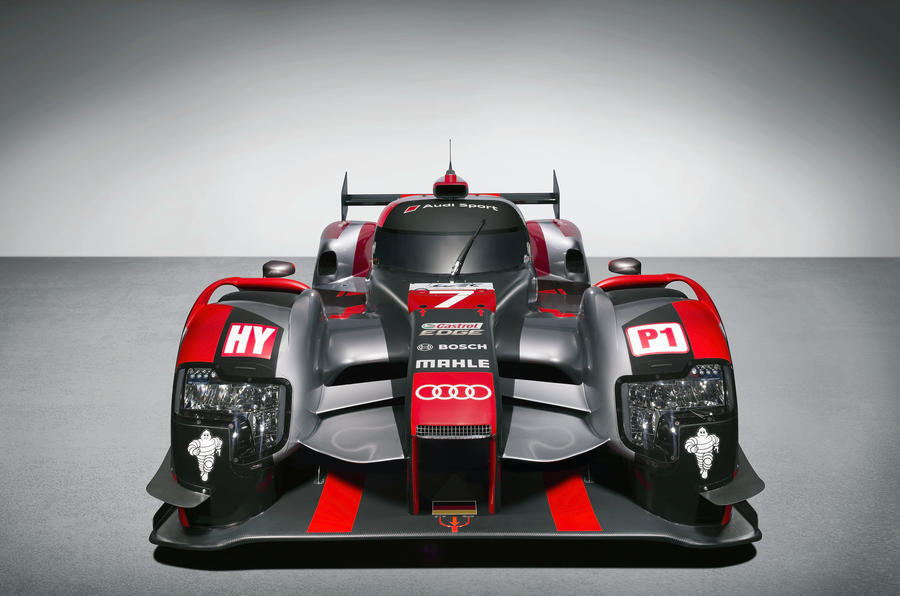 As one door closes, another opens – Audi’s retirement from the World Endurance Championship means there’ll be far fewer opportunities to see its R18 Le Mans car in action, but Audi is redoubling its efforts in Formula E.

Audi was a participant in the WEC from the start – the race series’ first championship in 2012.

Cause of demise: Audi’s retirement from the World Endurance Championship 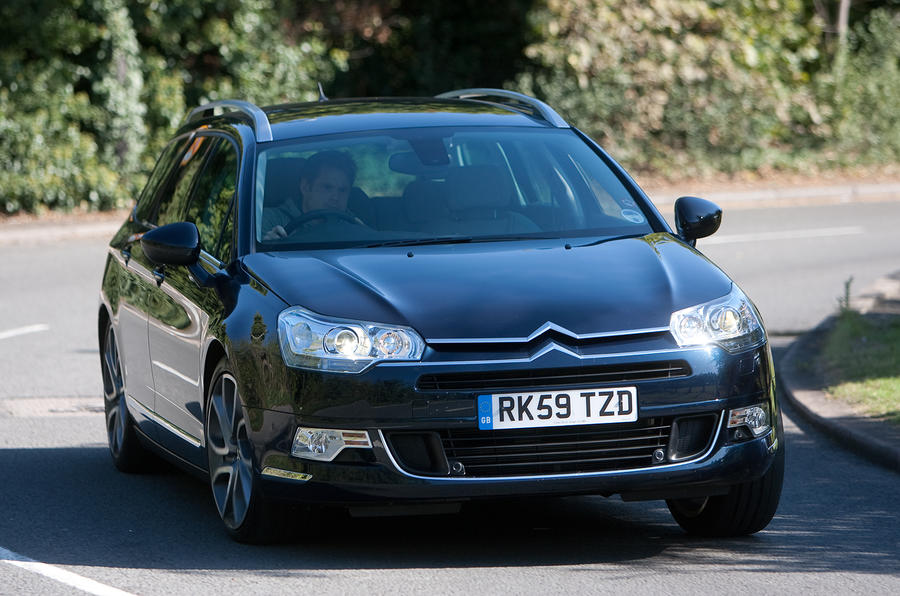 The Citroën C5 was introduced at the turn of the century, but was discontinued in the UK earlier this year. With the C6 long gone, and the C5 now no more, the Grand C4 Picasso is now the largest and most expensive car Citroën produces.

The old adage of large French cars having a limited shelf life has never been truer.

Cause of demise: axed from UK market due to shrinking sales 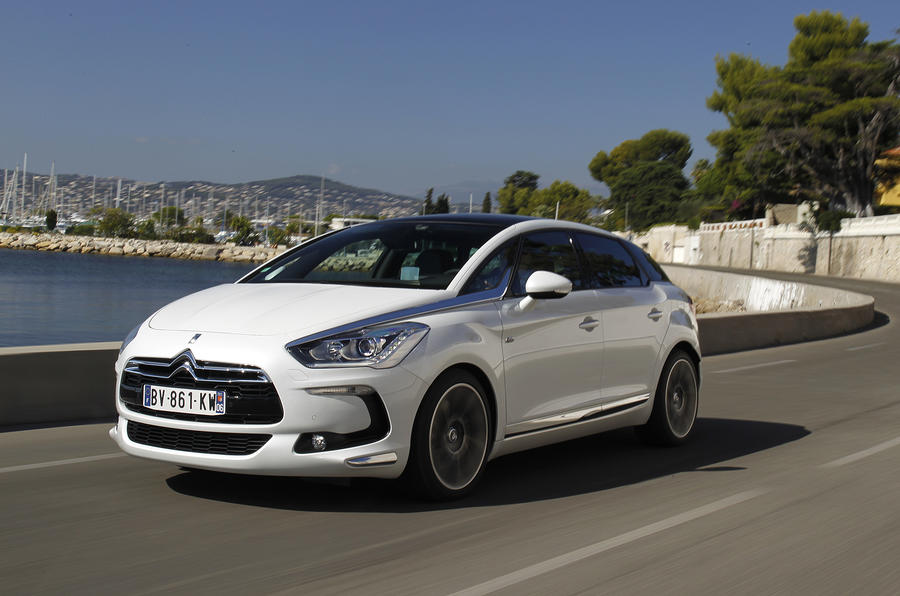 DS’s diesel-electric hybrid was one of a rare breed; most hybrids are petrol-electric, so it’s little surprise that it was chopped from the DS lineup only four years after its introduction due to slow sales.

The hybrid-shaped gap in the DS lineup will be plugged by DS’s upcoming hybrid SUV.

Cause of demise: accounted for just 3% of DS 5 UK sales 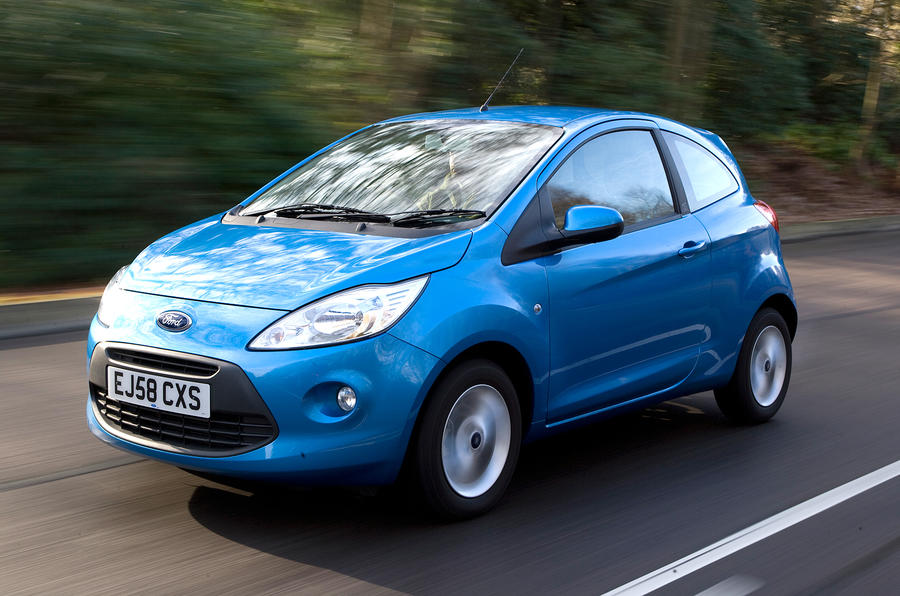 Ford’s second-generation Ka never lived up to the reputation of its quirky first-generation city car. The original car’s twelve-year production run wasn’t matched by its successor either, but Ford kept the Ka alive for eight years, as the Fiat 500, with which it shared components, stormed the market.

Cause of demise: market moves away from three-door city cars, replaced by five-door Ka+ 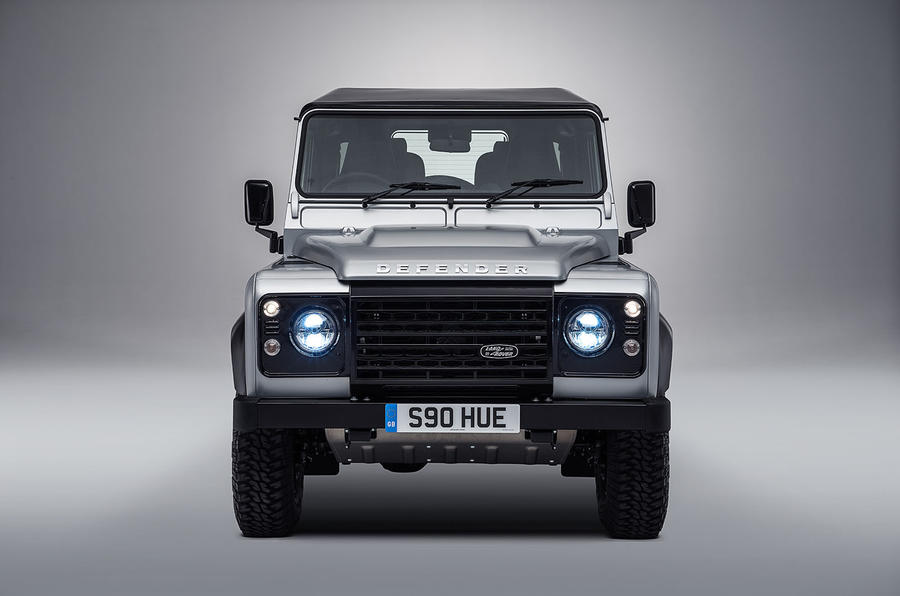 Land Rover’s iconic Defender was first introduced in 1948 as the Series 1, and maintained a reputation over its marathon 68-year production life as one of the toughest off-road vehicles available. It eventually succumbed, having aged too much to keep up with the latest safety and emissions laws.

Before it had even been discontinued, rumours were swirling about when Land Rover would bring it back. Watch this space.

Cause of demise: couldn’t keep up with modern safety and emissions legislation (old age) 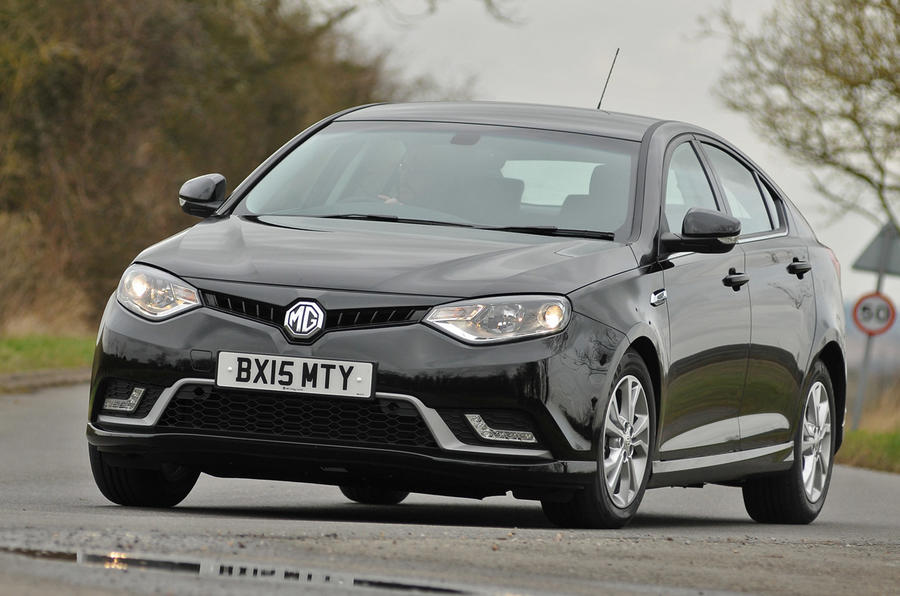 SAIC took over MG after the company’s infamous demise, and began selling its 3, 6 and GS models in the UK. Unfortunately, the British public aren't as starry-eyed over the MG brand as they once were, and it remains a rather niche marque, with only a small share of the UK market.

MG discontinued the 6 earlier this year, and pulled out of UK production following the Brexit vote. The 6 will return, though, but it’s not yet been revealed when.

Cause of demise: MG chose not to continue the model in the UK, to comply with EU 6 emissions law 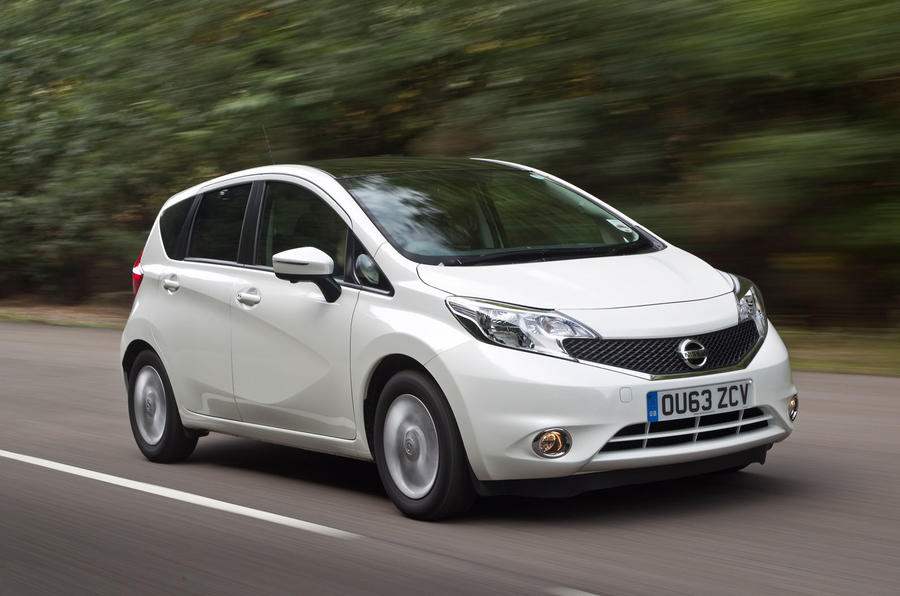 Nissan’s micro-MPV was in a quieter class of cars, rivalled only by the Honda Jazz. Earlier this year, after the new Micra was unveiled, Nissan revealed that the Note would not be continued in the UK after the new supermini goes on sale, as the two cars will overlap more than before.

Cause of demise: Pre-emptive - sales will be absorbed by the new Micra 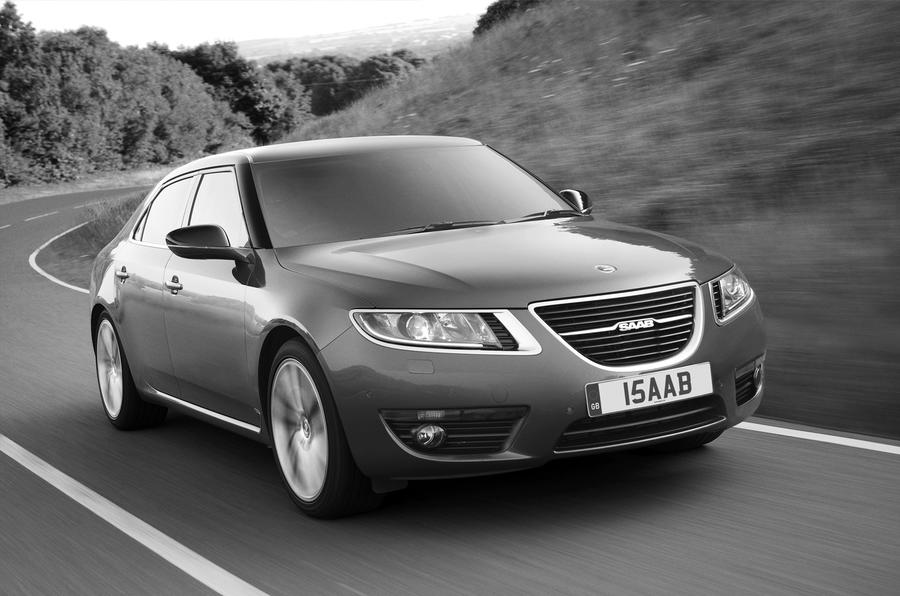 The dream has been dead for Saab for a while now, but 2016 confirmed our worst fears, as new owners NEVS (National Electric Vehicle Sweden) agreed not to use the brand name.

Cause of demise: Agreement between original owner and current owner 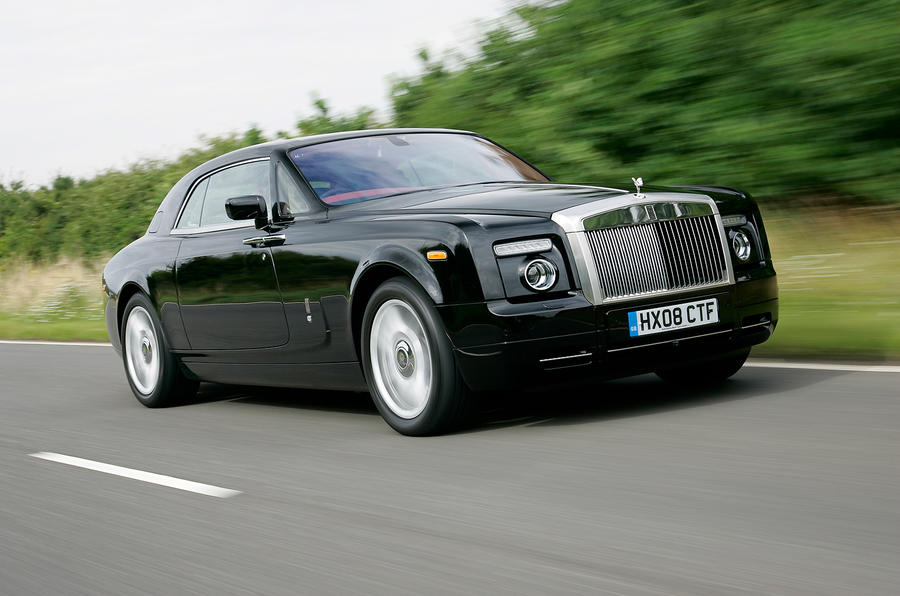 Rolls-Royce’s Rolls-Royce Phantom variants will be pruned from the Rolls-Royce range. The Phantom has already been taken out of production in anticipation for the next Rolls-Royce flagship, which will also be called the Phantom, and Rolls-Royce announced that the two models would not be continued into the eighth-generation Phantom lineup.

The Rolls-Royce Dawn convertible and Rolls-Royce Wraith coupé, Rolls-Royce says, already fill the gaps which the two models will leave.

Cause of demise: Rationalisation of the Rolls-Royce range 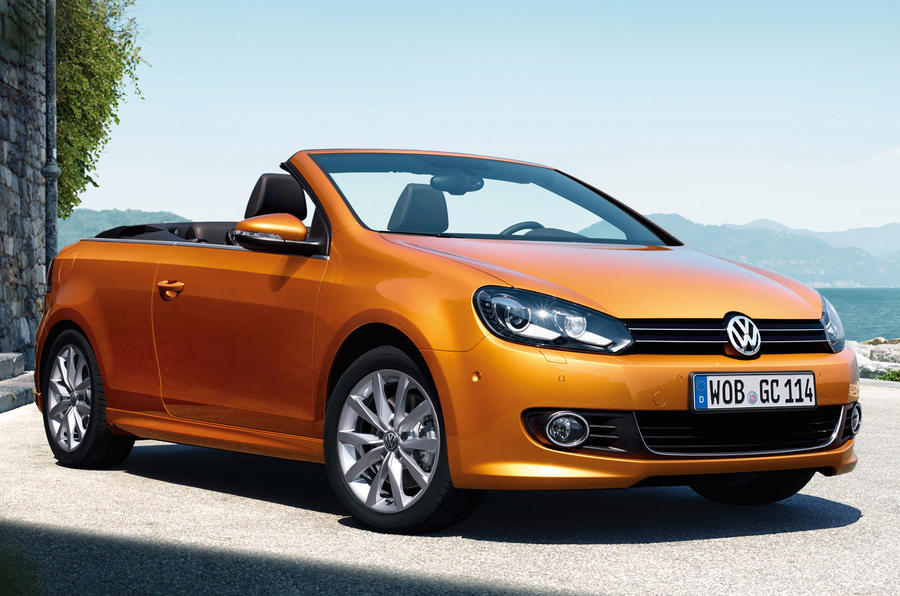 Okay, so the last generation Golf Cabriolet hasn’t been around since 1979, but the Golf Cabriolet as a whole has. Volkswagen trimmed the drop-top version of the Golf from its lineup in 2016 having only facelifted it a year earlier. The slower-selling Beetle Cabriolet will continue, but the Golf took the bullet.

Cause of demise: Shrinkage in the convertible segment, cost-cutting 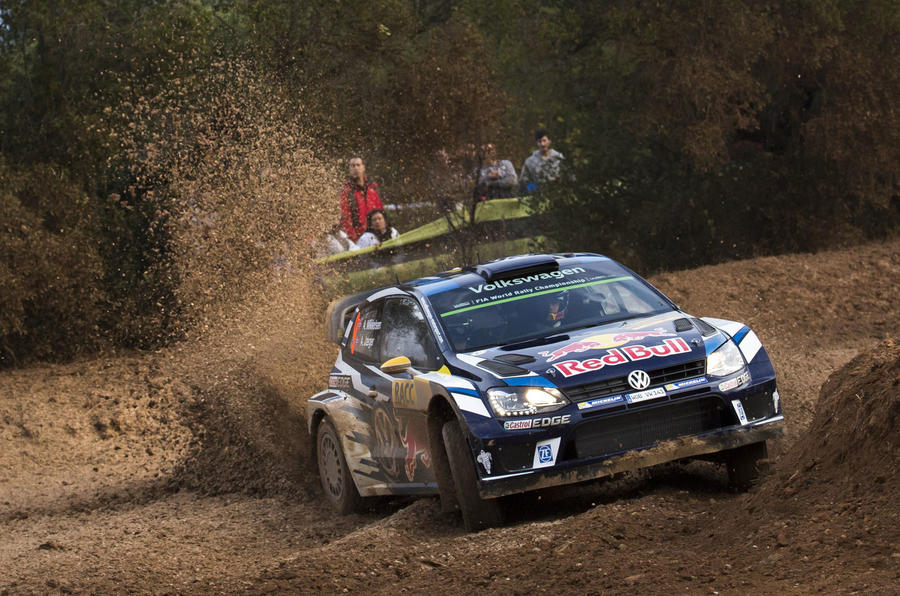 Volkswagen’s shock retirement from the WRC was one of the great surprises of 2016’s motorsport news. Although the dream may not be completely over, Volkswagen itself will not be participating in the WRC any longer, after years of dominance in the sport.

Cause of demise: Cost-cutting 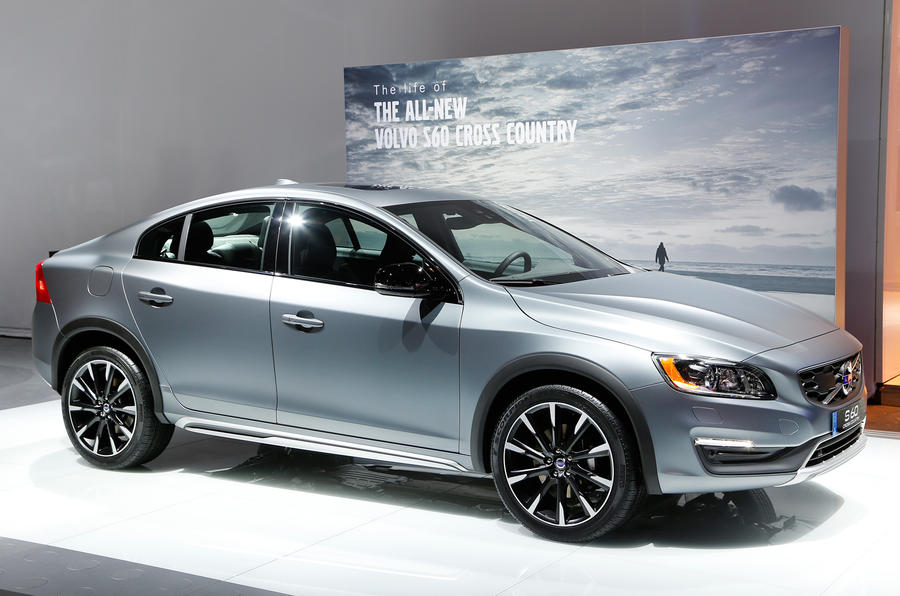 Volvo’s Cross Country range blazed the trail for rugged estate cars to venture off-road, and the Volvo S60 upon its introduction looked to achieve the same success for the saloon car. Unfortunately, it wasn’t meant to be, and Volvo sold just 34 in the single year the S60 Cross Country was on sale. The model was pulled in the spring of 2016.

Cause of demise: Slow-selling

Which car that had its end in 2016 are you most upset about? Let us know in the comments below, or get in touch at autocar@haymarket.com for your chance to reach our letters page.

Still fail to understand LR for not assembling the Defender in a final farewell series for another 2 years to make it a full 70 years of continuous production, beating the Beetle et al...
xxxx 31 December 2016

Volvo sold just 34 in the single year, why were they surprised? Although funny enough it's still on the website
Footloose 31 December 2016

Land Rover's Defender may be

Land Rover's Defender may be an old dog which can't cope with taking on new tricks, but the odds are, with a pedigree spanning 68 years I really can't see Land Rover just abandoning the breed and discarding all the expertise this much-loved model has accumulated during that time.
"Le Roi est mort, vive le Roi!"
Symanski 31 December 2016

Land Rover's Defender may be an old dog which can't cope with taking on new tricks,

The tricks it could do nobody else could do better!
.
The problem with the farmers, who used to be the people you seen driving them the most, is that they're all driving Japanese Utes now. Nothing wrong with that, but Land Rover are going to have to work hard to offer the same capability as the Defender, but add the comforts of these new offerings.
.
Worse, of course, is that Land Rover are moving further and further away from offering a utility vehicle. I love the Defender, my dad had one after a Series I and Series III, but I doubt that Land Rover can bring themselves to genuinely offer similar but modern capable version.

Land Rover's Defender may be an old dog which can't cope with taking on new tricks,

The tricks it could do nobody else could do better!
.
The problem with the farmers, who used to be the people you seen driving them the most, is that they're all driving Japanese Utes now. Nothing wrong with that, but Land Rover are going to have to work hard to offer the same capability as the Defender, but add the comforts of these new offerings.
.
Worse, of course, is that Land Rover are moving further and further away from offering a utility vehicle. I love the Defender, my dad had one after a Series I and Series III, but I doubt that Land Rover can bring themselves to genuinely offer similar but modern capable version.

The problem is LR wants to add spangly lights and leather to everything. The defender has no place in its footballer urbanite future. Makes economic sense even if it is a brand travesty. No more rufty tufty, more men's grooming products and fake tans.

The disco 4 is the last of the real land rovers, and many will rejoice at this.