BACK TO ALL NEWS
Currently reading: Analysis: Who will charge our electric vehicles?
UP NEXT
Aston Martin DB5 Junior gains special No Time To Die Edition

Growth in the UK’s public electric car charger network will come from dedicated charger companies, utilities and the government, rather than car makers, an Autocar investigation has concluded.

Apart from the Ionity rapid-charging network, which is funded by a consortium of nine car makers, very few if any of the 60-plus car brands operating in the UK are funding charging infrastructure to speed up the adoption of electric cars. “We consider it is up to private network operators and the government,” said the Society of Motor Manufacturers and Traders.

At the recent launch of the Peugeot e-208, Carlos Tavares, boss of the PSA Group that owns Peugeot, made it clear that PSA does not see charging networks as a core business, even though uptake of battery-electric vehicles (BEVs) like the e-208 might be held back by buyers’ concern over public charging networks.

A recent survey by Autocar sibling title What Car? linked buyers’ caution to buying BEVs to sparse charging networks, alongside range anxiety and a shortage of affordable models.

A PSA Group UK spokesman confirmed that Tavares’ view is also policy for its UK subsidiary, Vauxhall, whose Corsa-e will be launched in April 2020.

The same goes for PSA’s UK sales operations for Peugeot, Citroën and DS, also with new EVs due in 2020 and ’21. “This is a business decision because there are companies already in the infrastructure area better placed to supply that service,” said the spokesman. 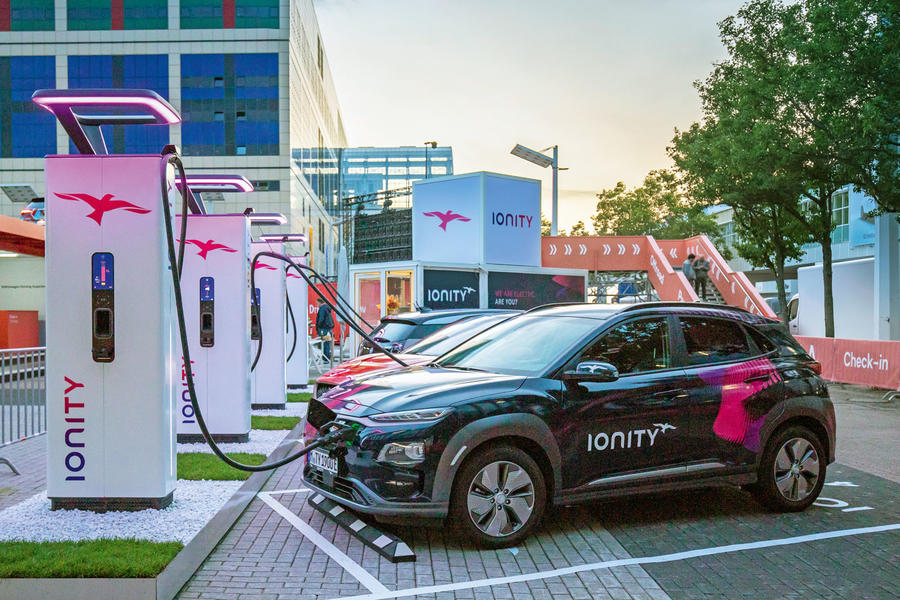 UK car market leader Ford is taking a different approach as a founding partner in Ionity, which this year opened its first 350kW fast-charge sites in the UK as part of a Europe-wide plan to mirror the Tesla Supercharger network.

Ionity’s other partners are Volkswagen, Hyundai and Kia, plus premium market leaders Audi, BMW, Mercedes, Mini and Porsche. Progress isn’t happening overnight, but Ionity now has three sites operating in the UK, with a fourth being built.

Electric car pioneer Renault has steered clear of investing in public charging, although, like all car makers with a BEV in its range, it has a preferred supplier of 7kW home chargers and exploits the commercial potential of RFID cards, which process the payments of Zoe drivers using public chargers.

Nissan, also a BEV pioneer, took a significant step in 2012 as a co-funder of the Ecotricity 50kW fast-charging network, now up to 300 charging points. But that marked the limit of its public charging investment and now Ecotricity is struggling to deliver a reliable service. 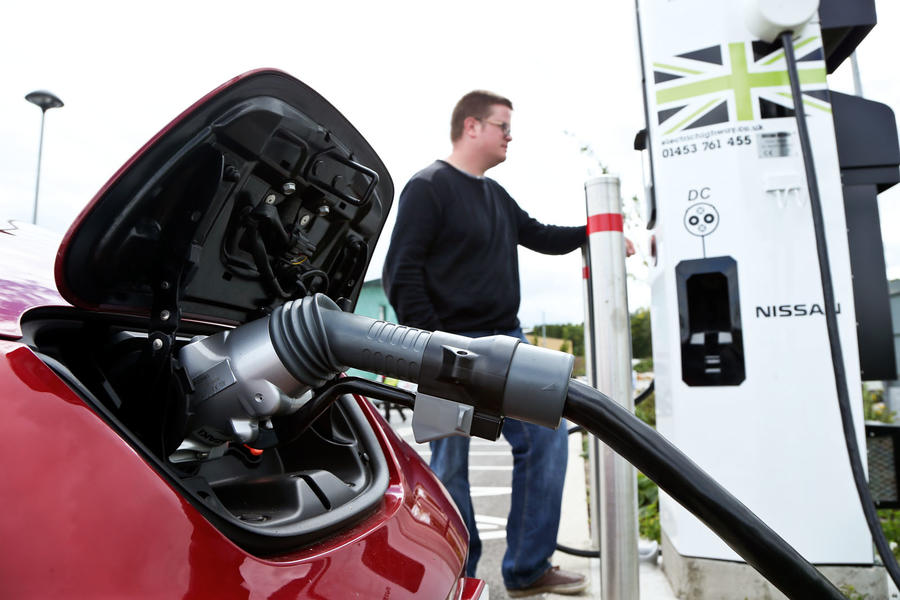 Of course, Ionity can’t do all the heavy lifting itself and its planned UK network of 40 fast-charging sites, equivalent to about 160 individual 350kW chargers, will make only a small dent in the future requirement for a widespread UK fast-charger network.

In fact, Ben Lane, co-founder of the online Zap Map service, which helps drivers locate the UK’s 26,000 public chargers, believes it’s too late for car makers to enter that market.

Lane said: “There are already so many well-established charger businesses operating in the UK, and we are now seeing oil companies moving in as they see their petrol and diesel business dying away, that it’s hard to see a role for OEMs [car makers] in charging.”

Estimates vary as to how much the public charging network needs to expand, but ambitious government targets for “50% to 75%” of UK new cars sales to be BEVs or plug-in hybrids by 2030 suggest a significant expansion. Last week, the government released a ‘league table’ of the number of electric car chargers by local authority and London is dominating. The government is urging local authorities elsewhere to take advantage of a £5 million grant to install chargers. More than 100 local authorities have fewer than 10 public charging devices per 100,000 people.

There are around 3000 fast chargers – defined as 100kW upwards – in the UK already. This type of charger can top up a 90kW battery in 45 minutes. How many are needed in the next decade is a moot point because so many unknowns make accurate forecasts tricky.

Although one recent study suggested a tenfold increase to 30,000, BP Chargemaster believes the right size might be in the “low tens of thousands”.

Companies like BP Chargemaster, Pod Point, Genie Point, Shell and Instavolt are almost certainly the future for UK public rapid charging, occasionally drawing on government help where the business case is weak. But it’s unlikely car makers will feature. They’ll be too busy creating the next generation of BEVs.

Unfortunately everyone seems obsessed with a common charging strategy and quick charging. In order to charge above 100KW one new substation per 4 cars is required (ask Tesla how much this costs). Also the existing network is in some cases 60+ years old and and was not designed for charging electric vehicles and the new network  being installed by private network operators is built down to a price so good luck with  having a decent charger installed on some new housing sites. The Government has created this by encouraging competition in the electricity market with unexpected consequences.

company which requires something, on the level of mission critical, dumps a load of money in to making it, offering free usage as a sales pitch (no longer offered) and way to make implementation simpler, to basically beg people to get on board with the venture as without it the entire operation will fail. They had no other option. Grow up.

Actually it's you who needs

Actually it's you who needs to grow up.

Talk about base stupidity, how do you think that a tiny startup against the might of hundred year old legacy car makers can get headway.? you need to grow a brain .

Methinks you doth protest too much.

Actually it's you who needs to grow up.

Talk about base stupidity, how do you think that a tiny startup against the might of hundred year old legacy car makers can get headway.? you need to grow a brain .

Methinks you doth protest too much.

Methinks your idol, that weed toting, peado accusing, Springbok will burn out of cash faster than a Falcon 9 burns rocket fuel and disapear up his own arse from where most of his talk comes from.

You just cant help being a

You just cant help being a total arse can you?

You have my pity

You just cant help being a total arse can you?

You have my pity

Seems not old chap.  I take inspiration from your informative, insightful and incredibly intellectual posts and, thank you for the pity, it's appreciated.

As usual this anti Tesla rag

As usual this anti Tesla rag makes no mention of the elephant in the room that started the whole charging network. Tesla.

This pathetic rag will continue to receive my shooting fish in a barrel contempt until the editor whom I dispise wakes up and gives credit where its due.

As usual this anti Tesla rag makes no mention of the elephant in the room that started the whole charging network. Tesla.

This pathetic rag will continue to receive my shooting fish in a barrel contempt until the editor whom I dispise wakes up and gives credit where its due.

I'm sure those responsible for this 'rag' will take note of your contempt, call an immediate emergency meeting and change their content to suit your pro 'Rocket Man' stance.

The only laughable part of this is, is your post...

You dont need to reply.

You dont need to reply.