BACK TO ALL NEWS
Currently reading: Vauxhall Corsa-e: ride review and new details of EV supermini
UP NEXT
New 2023 Ford Mustang breaks cover in production bodywork

Vauxhall has given Autocar fresh insight into the most significant new car the British brand will bring to market in a generation: the pure-electric Corsa-e.

With deliveries starting in April, prices from £26,490 and a WLTP-certified range of 205 miles, the Corsa-e will be assembled on the same lines as petrol and diesel variants at the Zaragoza plant in Spain, where the regular Corsa has been built since the first generation was launched in 1982.

The lithium ion battery pack, consisting of 80 modules made up from 216 cells supplied by Chinese firm CATL, is currently produced at the PSA Group’s plant at Vigo, north-west Spain. However, PSA acquired Vauxhall and Opel in 2017 and there is now talk of repurposing Opel’s Kaiserslautern manufacturing facility in southwestern Germany for full-time battery production. 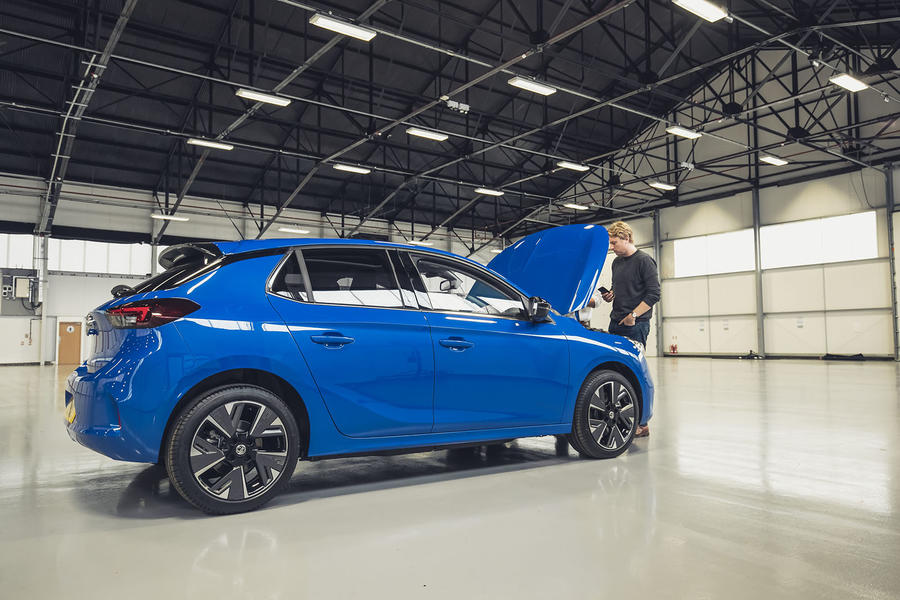 The broad strategy is to offer electricity as simply a third powertrain option for Corsa customers unfamiliar with the new technology. As such, the Corsa-e will look and feel similar to its petrol and diesel range mates. PSA’s CMP platform has duly been designed to help mitigate the usual EV drawbacks.

Thomas Wanke, project leader for the new Corsa, said the H-shaped battery pack’s three elements – there’s a smaller portion beneath the front seats and a larger portion beneath the rear bench, with the two linked by cells placed where the exhaust would normally sit – mean occupant space and boot capacity are identical to those of diesel and petrol versions of the Corsa, although the rear axle is wider and its central portion set further back to accommodate more battery cells.

The charging port sits where the fuel filler would usually be found. If the Vauxhall Corsa-e has an ace card, it’s that it can charge at speeds of up to 100kW as standard. This is double the rate offered by certain rivals and allows the battery to take on 160 miles of range in around 30 minutes.

We ride shotgun in the Corsa-e: 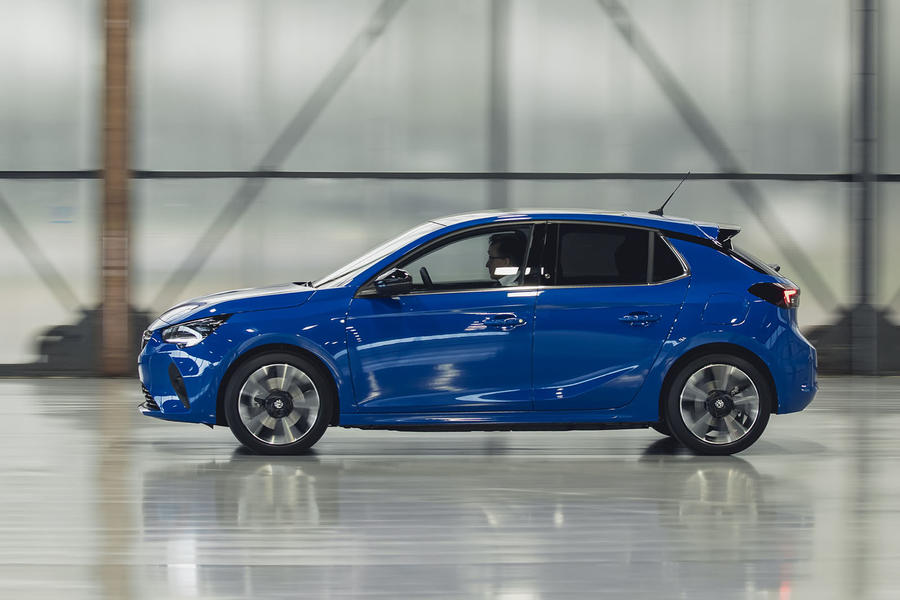 Our brief ride in the Corsa-e is limited to a handful of laps around Hangar 42 on a rainy day at Bruntingthorpe proving ground. As a setting, it’s far from glamorous, but the car – in range-topping Elite trim – instantly looks more desirable than any other Corsa to date.

It’s longer and wider but noticeably lower than before and the design has a pebble-like simplicity in contrast to the Vauxhall’s architectural sibling, the Peugeot 208.

Once on the move, as now mandated by law, there’s a futuristic, metallic hum that emanates from the car’s nose as it pulls cleanly off the mark, although without the windows open, it’s barely audible inside.

Corsa project leader Thomas Wanke explains that to access the maximum 134bhp and 260lb ft, you need to select Sport mode using a switch on the transmission tunnel. This also sharpens the throttle response and adds weight to the steering.

The upcoming Corsa VXR is now expected to be pure-electric, although performance is hardly the raison d’être of this standard Corsa-e. Nevertheless, a 0-30mph time of 2.1sec means it will feel far from slow on the road, and even in this hangar, it darts forward in smooth, swift fashion.

The other side of the coin is Eco mode, which limits power to around 81bhp (although kickdown will unlock the maximum) and will make it far easier for owners to achieve the car’s quoted range. Wanke points out the newgeneration Corsa’s aerodynamics are far better than anything achieved on the old General Motors platform, which bodes well for rolling refinement at higher speeds.

Conspicuous by its absence is also a driving position awkwardly propped up by batteries. Thanks again to the new CMP platform, the Corsa-e driver’s hip-point is 30mm lower than that of even the outgoing, combustion-engined generation.

Lastly, Wanke demonstrates the two regenerative braking settings and says that even with a 300kg-plus penalty over the lightest combustionengined model, the Corsa-e is tuned quite differently from the e-208 and has been developed with drivers in mind. Soon enough we’ll learn whether that’s really the case.

Surely they could have replaced the radiator grill with something else as it won't need a radiator.

You're probably right that it's not ideal, but I think it will be a while before the mainstream mass market manufacturers are brave enough to take a punt like that. Even the Leaf and Zoe have pretty traditional dimensions. The approach PSA have taken seems to be about as low risk as possible, with a fraction of the capital investment that VAG have put in for instance. If this is a success then they can hopefully afford to be a bit more ambitious next time.

How did this guy's name get

How did this guy's name get past Autocar's sweary filter?

Though this was Sniff Petrol for a moment

On a different note, this is a car I would actually quite like. Beautifully unassuming but seemingly very capable. I hope it's as good as it appears.

How did this guy's name get past Autocar's sweary filter?