BACK TO ALL NEWS
Currently reading: The cars we lost in 2017
UP NEXT
Life after lockdown: Our dream road trips near and far

There were plenty of significant new cars launched in 2017, but less attention has been paid to those cars quietly put out to pasture. Pay your respects here
Share
Open gallery
Close
Share story

Have you checked out the list of cars coming in 2018? If you have, you'll know why the industry needs to make room by saying goodbye to some older models, so here are the cars that were axed in 2017.

Some were inevitable departures, some will be greatly missed and some were doomed from the start. We'll let you decide which car belongs in which camp.

Which car will you miss the most? Let us know in the comments below. 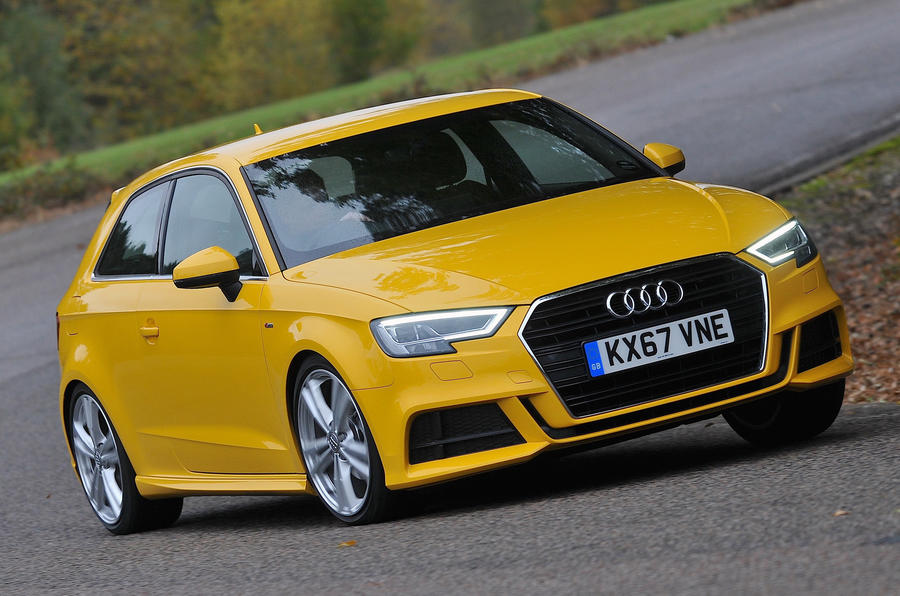 The Audi A3 was discontinued in three-door form this year, while the five-door Sportback lives on.

The three-door has been offered since 1996 but, with a more popular saloon already bucking the anti-saloon trend and a liftback variant planned, the industry’s culling of three-door hatchbacks claimed this version of the A3.

Cause of demise: industry shift to five-door models 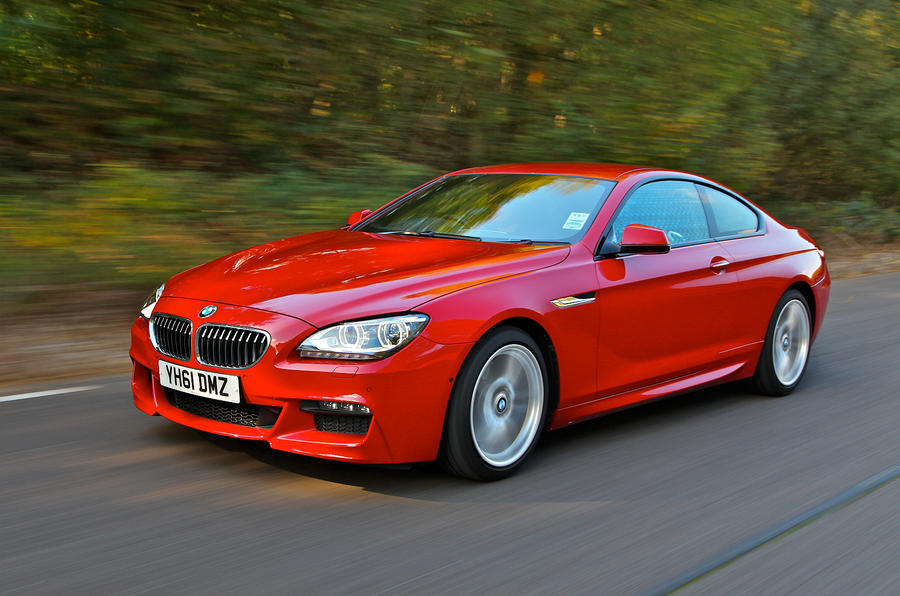 The 6 Series as we know it is no longer with us but will live on indirectly in 2018 as the 8 Series. Meanwhile, 6 Series badging is now applied to the former 5 Series GT, which will now become the 6 Series GT.

The 8 Series pushes what was the 6 Series further upmarket, and there’s also an M8 coming. Meanwhile, the gap left by tge 6 Series coupé and convertible remains unfilled until further notice.

Cause of demise: indirect replacement 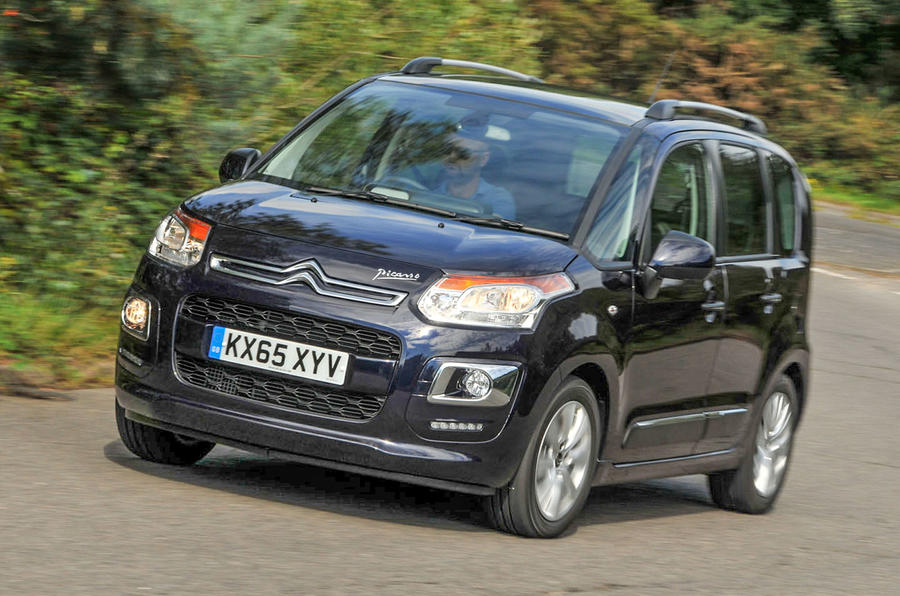 One of many MPV casualties in recent years, the Citroën C3 Picasso has succumbed to the pressures put on the MPV segment by SUVs. It has been replaced by the quirky C3 Aircross, which, inevitably, is a small SUV.

It’s neither one of the longest-living cars on this year’s list, having been introduced only in 2009, and nor is it the only MPV.

Cause of demise: MPV segment killed by SUVs 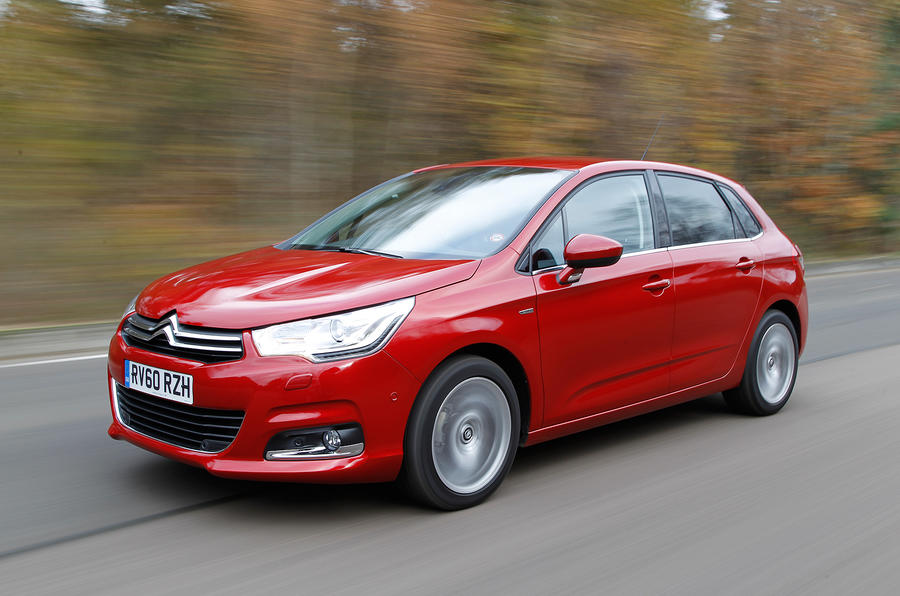 The C4, Citroën’s C-segment hatchback rival to the Ford Focus and Renault Mégane, was axed this year to make room for the C4 Cactus, which took a step away from its SUV-like past to become more of a conventional hatch.

The hatchback was first offered with a funky fixed-hub steering wheel and in five-door or unusual three-door coupé forms but later eschewed all of these in its second generation to become an entirely conventional car.

Cause of demise: out-quirked by the C4 Cactus 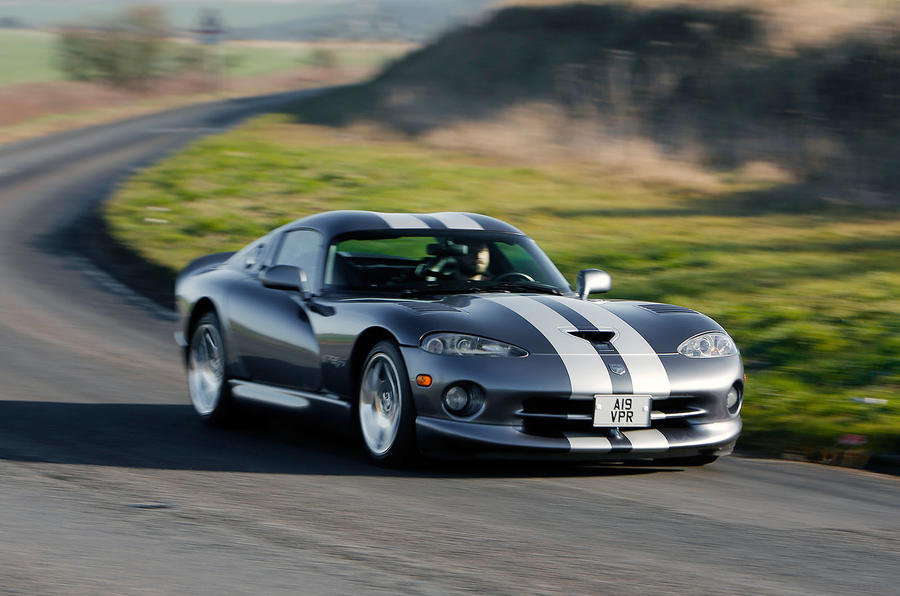 If this one doesn’t prompt a tear, nothing will. After 25 years of madness from the all-American V10 supercar, the final Dodge Vipers rolled off the production line in 2017.

From the truck-engined, fibreglass-bodied original through to ever more hardcore variants, the Viper will be missed.

Cause of demise: old age 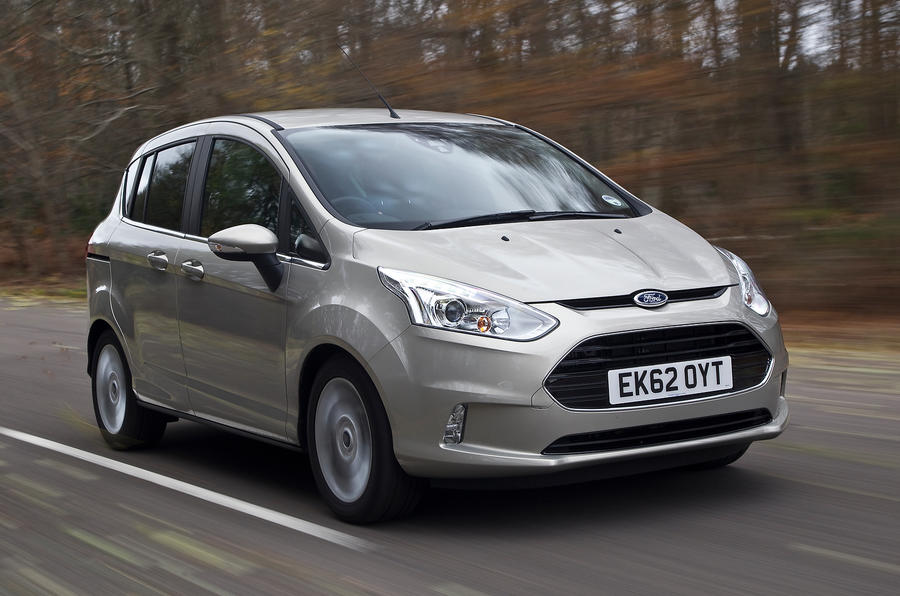 Another small MPV bludgeoned by the SUV surge. The Ford B-Max (not to be confused with Baymax, the robot from Big Hero 6, of course) was discontinued in the autumn of 2017 due to customers opting for the brand's Ecosport instead. The last few hundred cars are being sold through Ford’s official channels.

The C-Max lives on for now, though, soaking up some of the sales of its smaller brother.

Cause of demise: MPV segment killed by SUVs 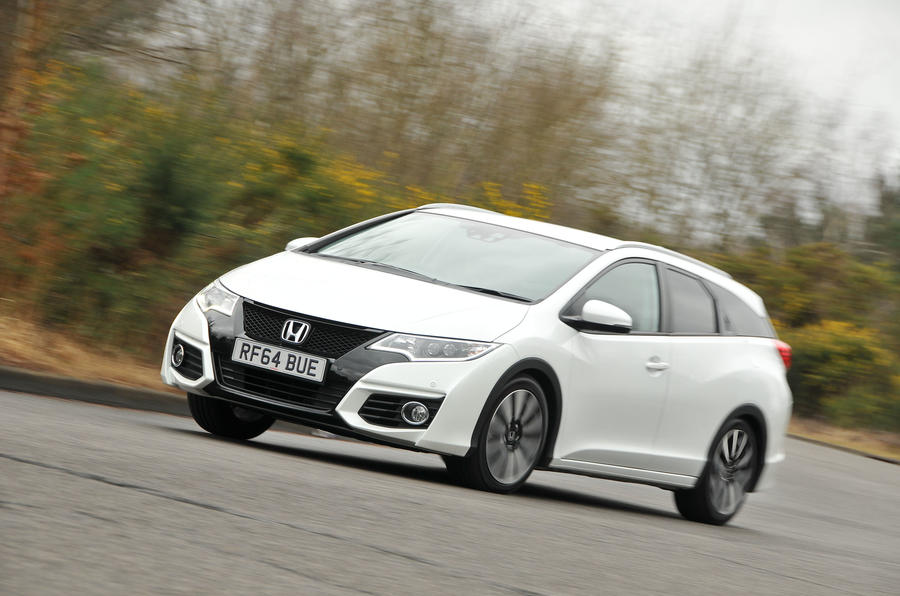 The new Civic went on sale this year, and given that it's 22cm longer and 3cm wider, it would seem that Honda doesn't think a seperate estate version is required.

Cause of demise: growth of base car rendered it redundant 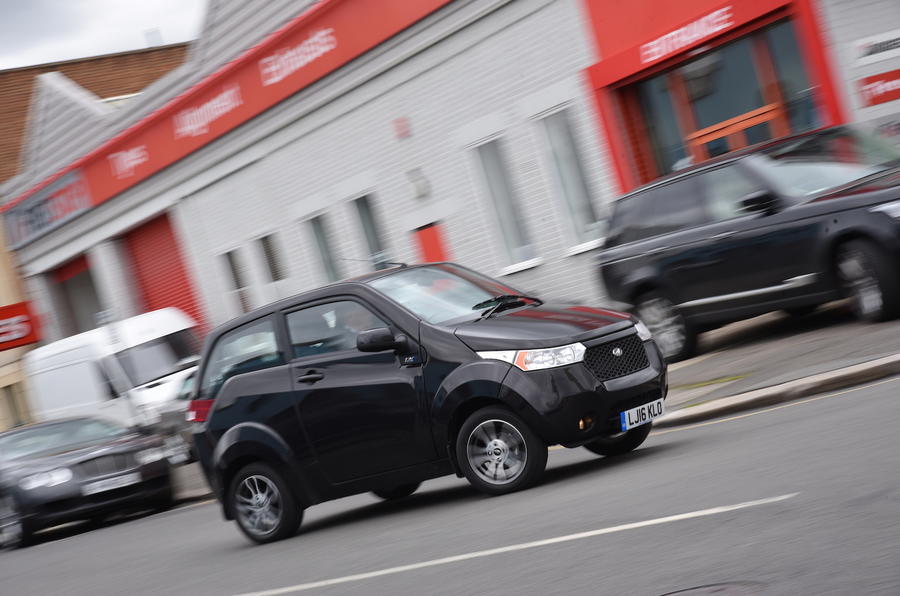 Ah, the Mahindra e2o. It started life in April 2016 as a comically grotesque successor to the only margainlly less sumptuous G-Wiz and ended it 13 months later due to slow sales.

Mahindra blamed the car’s poor sales on Brexit, although we’d wager that its difficulty in picking up sales might have been down to the car’s, er, unconventional appearance.

Cause of demise: basically everything 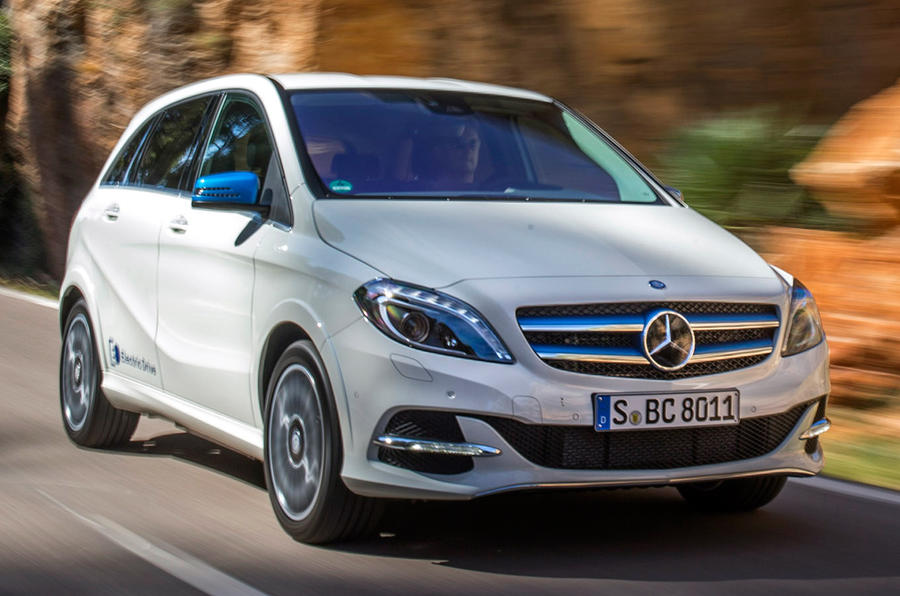 The Mercedes-Benz B-Class Electric Drive pushed to the future but its design was arguably stuck in the past. On the future-gazing side, the electric vehicle had a claimed range of 124 miles, decent performance and all the qualities of the regular B-Class.

On the other, it was always going to be a tough job to find an audience for a Merc-badged MPV, especially with the range limitations of a battery car. The B-Class Electric Drive was pruned from the Mercedes line-up this year to make way for the EQ range of electric vehicles.

Cause of demise: better products on the way 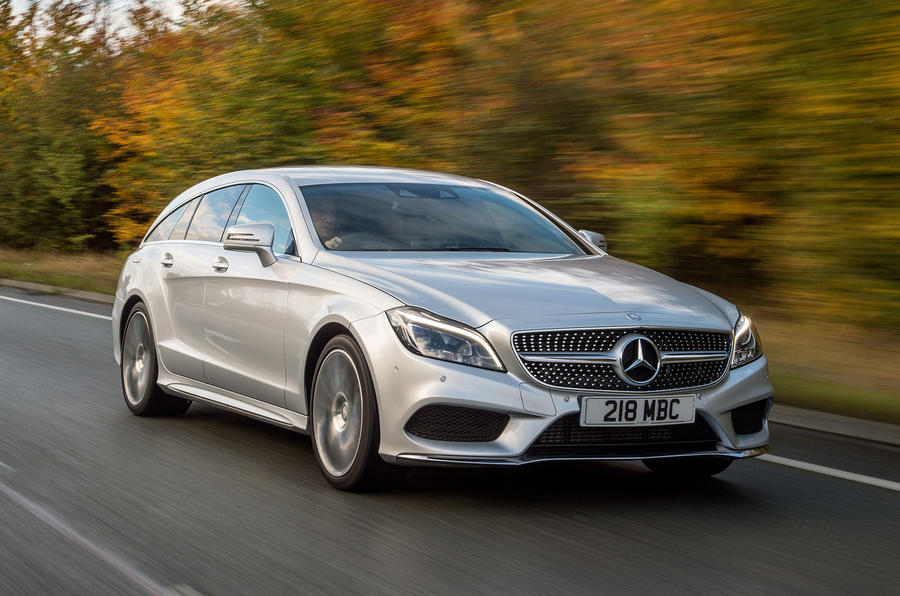 The Mercedes-Benz CLS Shooting Brake was something of a pioneer. In a market where Mercedes already sold two estate cars, the C-Class and E-Class, the brand decided it was time for a third, albeit one with a dramatic tapering roofline for greater sex appeal at the expense of practicality.

Cause of demise: a niche too far 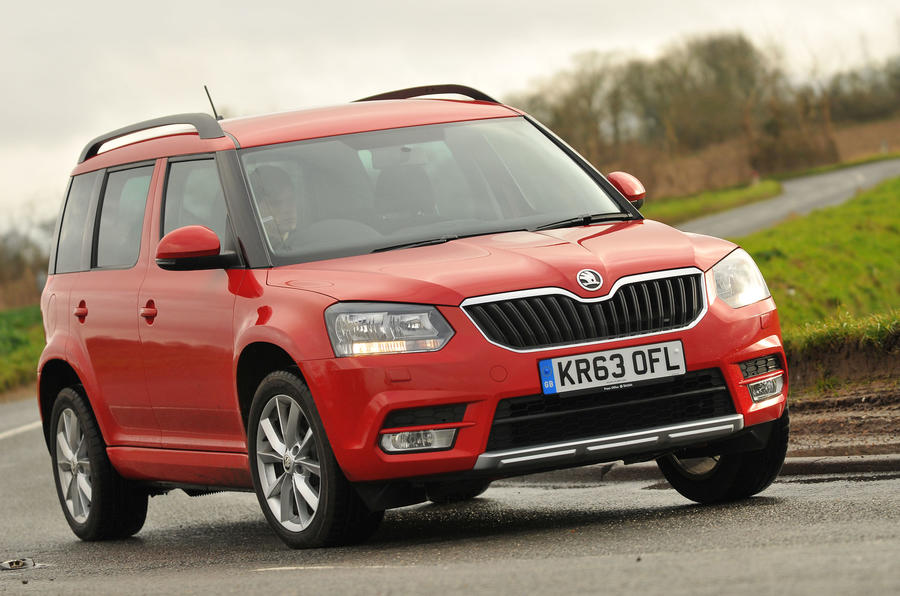 The Yeti was introduced in 2009 as an alternative to the usual line-up of SUVs. It bucked convention with its bluff, distinctive shape and funky styling, although that was eroded somewhat after a midlife facelift.

With the rapid growth in the market, Skoda launched a new small SUV that is more conventional still in order to chase further sales success. While Skoda insists the Karoq isn't a direct replacement for the, the firm's new small SUV didn't leave much room for the Yeti to continue. The firm decided not to carry over the nameplate, partly to give the Karoq a name that echoes the larger Kodiaq SUV and partly because yeti is a sensitive word in the all-important Chinese market. It also allows the Yeti to continue production in certain markets.

Cause of demise: indirect replacement 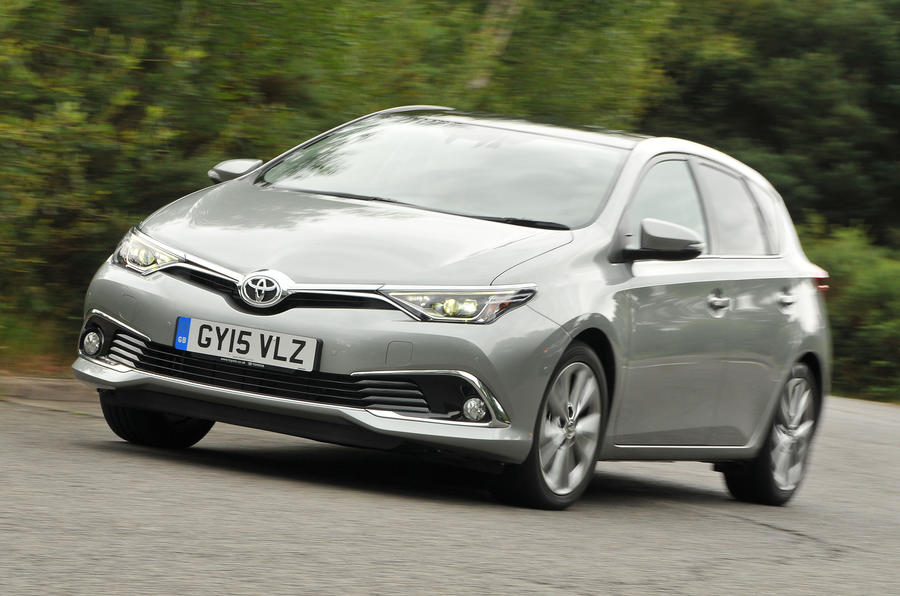 Another sign of the times - the Toyota Auris lives on in hatch and estate forms with petrol and petrol-electric hybrid powertrains, but the diesel variant is dead.

Interestingly, Toyota says it scrapped the diesel Auris not because of the Government’s impending tax hikes but because of slow sales - of the 16,528 Auris models sold in 2016, just 651 were diesels. Given the way diesel sales have been going industry-wide, that figure was unlikely to go up.

Cause of demise: slow sales 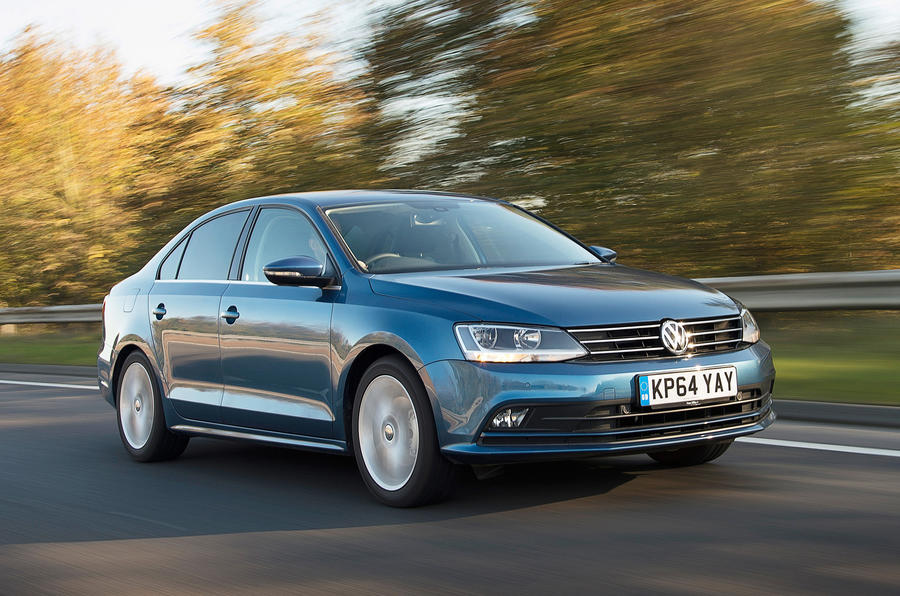 Things changed this year when the Jetta was taken off sale for UK customers. Tiny sales - especially compared to those of the Golf and Passat saloon - ensured its demise.

Cause of demise: slow sales 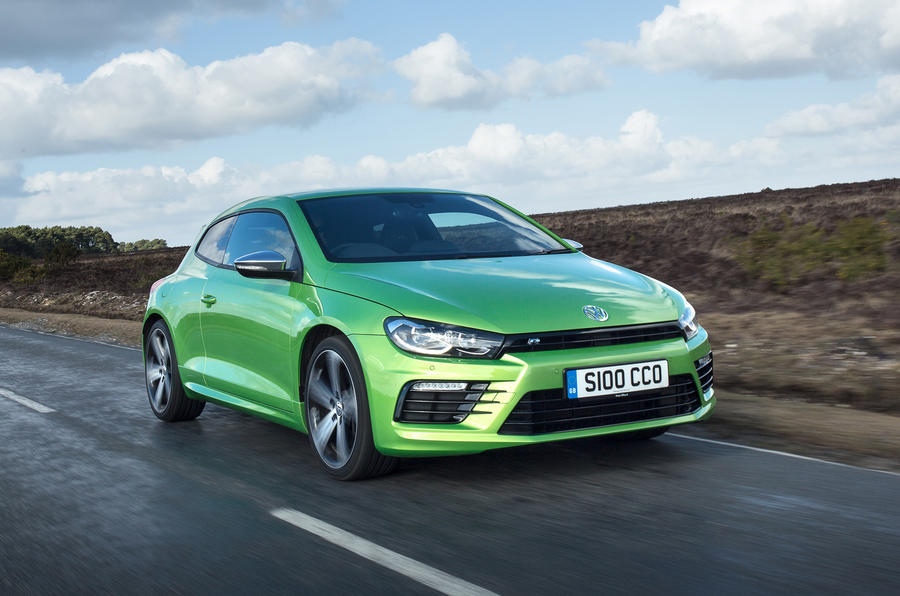 A sports car succumbing to SUV sales? In this case, officially, yes: the T-Roc serves as something of an indirect Scirocco replacement, according to Volkswagen.

With only 4392 Scirocco sales compared with the Golf’s 57,770 in January-November 2017, and the Scirocco being built on a rapidly ageing platform, its axing was almost inevitable. The fact that Volkswagen has already brought it back once means it could come back again, though.

Cause of demise: old platform

'I thought you were dead': cars you didn't realise were still being made

In pictures: the best cars from dead car companies

Still time to add your own name to this particular list...you can take you own advice and...pop.

Still time to add your own name to this particular list...you can take you own advice and...pop.

That's funny because it's true.

The “cause of demise” of the viper was incoming safety legislation aand the inability to fit now mandated side curtain airbags.

Old age may have hit the one in the picture that you used, not sure why you wouldn’t use a picture of the three generations newer version, all the other pictures are of the version that’s actually been discontinued.

Skoda screwed up by dropping the Yeti

For the boring K cars.

If its right that the Civic

If its right that the Civic Tourer was dropped because the saloon version has got bigger, then surely we wouldn't have any estate versions of large cars at all?

..A sports car succumbing to SUV sales? In this case, officially, yes: the T-Roc serves as something of an indirect Scirocco replacement, according to Volkswagen....

To pretend that a heavy, high sided SUV can replace a low, lighter and far more planted and dynamic coupe.

Sad isnt it, that sales are

Sad isnt it, that sales are so low theyre replacing it with an suv, whilst I was never a huge fan due to its styling (I thought it should be called a golf coupe as it looks like a squashed golf, previous golf based coupes looked nothing like the cars they were based on) but I would have one in a heart beat over any suv.

Mpvs being replaced by suvs is logical enough, both are practical family cars and one is on trend at the moment. Still wouldnt want one, would much prefer a normal hatch.

Bmax gone due to customers

Bmax gone due to customers opting for the brand's Ecosport instead.

Haha! Did Ford tell you to write that?