BACK TO ALL NEWS
Currently reading: Mercedes EQ A electric hatchback previewed ahead of Frankfurt
UP NEXT
Rodin FZero: V10 weapon aims to be world's fastest car

Mercedes EQ A electric hatchback previewed ahead of Frankfurt

New concept will influence a future entry-level model for Merc's electric EQ range; due to go on sale in 2020 priced around £35,000
Open gallery
Close

Mercedes-Benz has previewed the design of its upcoming EQ A electric compact hatchback that will be revealed at the Frankfurt motor show this month.

The new car is set to become the German car maker’s second dedicated electric model after the EQ C when it goes on sale in 2020.

As depicted in the latest image from Mercedes, the EQ A concept sports a smooth surfaced body, black panel grille and a series of distinctive light graphics in a styling treatment similar to that of the early EQ C.

Conceived to directly rival the BMW i3 and an upcoming production version of the Volkswagen I.D. hatchback, the new EQ A is among 10 new electric models being developed in a €10 billion program at Mercedes and planned to go on sale before 2025. 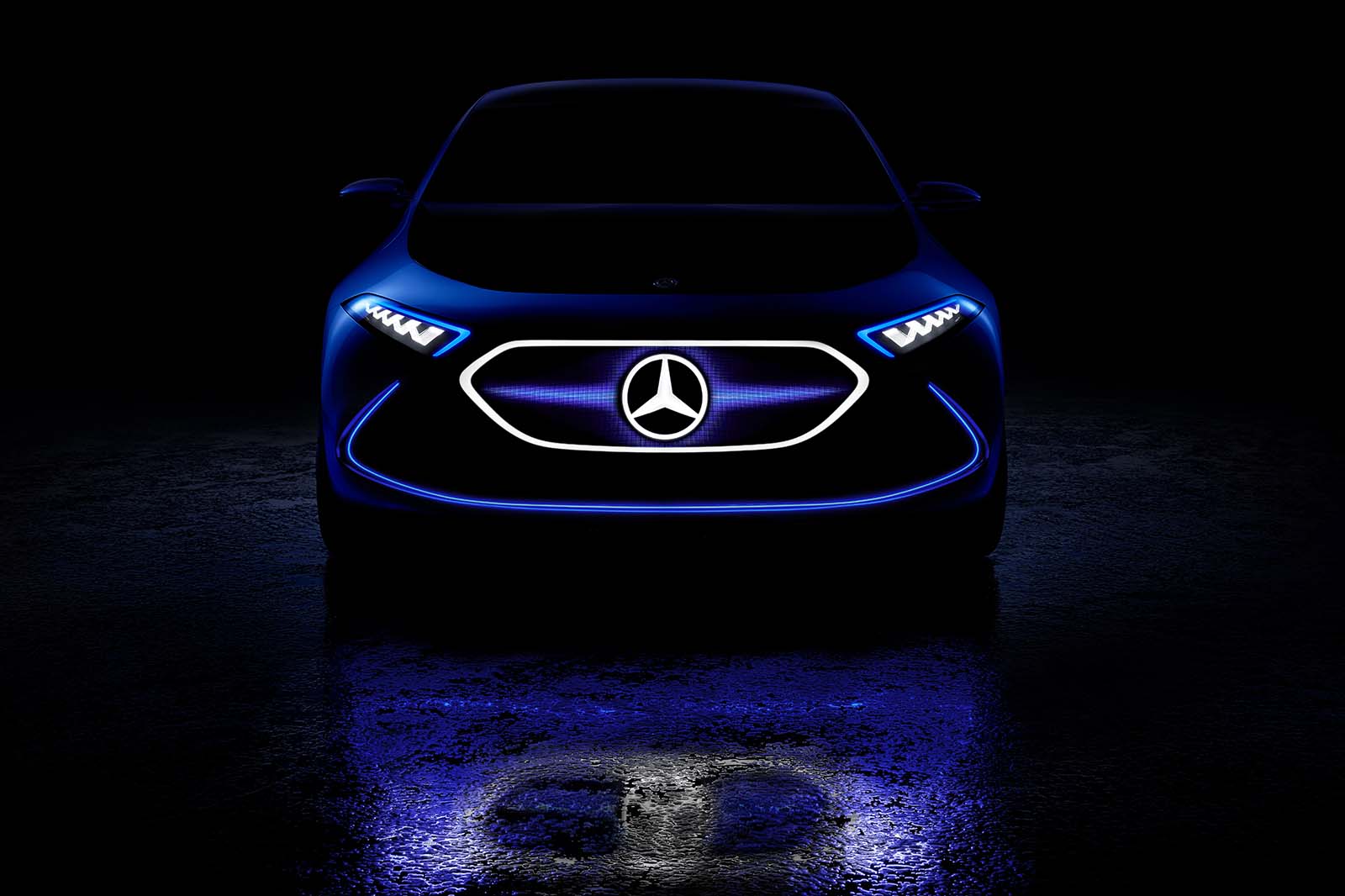 Described as a central pillar in Mercedes' bid to become an electric car leader within the next decade, the EQ A is expected to be the volume seller of the EQ line-up with a price-tag of under €40,000.

The second EQ model is also said to play an important role in the future of Mercedes parent Daimler’s Car-To-Go car sharing division, with high level executives suggesting it will be offered on a short term drive away lease basis similar to today’s Car-To-Go scheme as part of what is described in internal Mercedes-Benz correspondence as a global mobility eco system.

Based around Mercedes' new MEA (modular electric architecture) platform, the EQ A follows the lead of the EQ C in adopting a conventional silhouette, with a defined bonnet line at the front, traditional glasshouse housing a five-seat cabin and a hatchback style tailgate at the rear.

Secrecy surrounds the driveline layout of the EQ A, though Mercedes hints at a cheaper and simpler solution than set-up used by the EQ C, suggesting it will receive a single front-mounted electric motor with drive sent to the front-wheels via a fixed ratio gearbox.  However, a more performance orientated set-up, with a second electric motor mounted within the rear axle assembly and providing four-wheel drive capability similar to that seen on the EQ C is also possible, according to Mercedes-Benz sources.

Mercedes has already confirmed the EQ C will be produced at its existing plant in Bremen, Germany, with other more upmarket EQ models, including the EQ E and EQ S, set to be assembled at its main manufacturing in Sindelfingen, Germany.

Although it is not giving away too much prior to its official unveiling next week, Mercedes officials suggest the EQ A will be assembled on a special electric car line to be established at the German car maker’s original compact car plant in Rastatt, Germany – the same site responsible for production of existing A- and Mercedes-Benz B-Class models.

Opinion: Mercedes' EV brand launch will have an easier launch than BMW's i division