BACK TO ALL NEWS
Currently reading: 2019 BMW M3 to kick-start 26-car M division expansion
UP NEXT
Fisker goes radical with Pear EV SUV

The sixth-generation of the hot 3 Series, due in 2019, will spearhead growth for the firm's performance brand line-up
Open gallery
Close

BMW’s M division will take the fight to Mercedes-AMG and Audi Sport by staging a major expansion of its line-up - and this, the next BMW M3, will spearhead the changes.

Caught testing at the Nürburgring under heavy camouflage, the development M3 shows that the M division's new plan is in full swing. Although the super-saloon is far from finished, the car is being put through its paces, suggesting the chassis setup and powertrain are at an advanced stage of development.

Based on the new 3 Series, the M3 is set to adopt the latest evolution of BMW’s CLAR platform, a structural basis already used by the 5 Series and 7 Series and their M variants, the BMW M5 and M760iX. Through the greater use of aluminium and high-strength steel, the new platform is claimed to play an integral role in reducing the weight of the new M3 despite an increase in its exterior dimensions.

In addition to the new platform, BMW M is also planning to provide the new M3 with a number of lightweight carbonfibre components as standard in a bid to further bring the car’s weight below the 1585kg of the M3 CS. Although nothing is official, the new M3 is expected to follow the lead taken by the latest M5 in featuring a carbonfibre roof as standard.

Mercedes-AMG A35 revealed with 302bhp 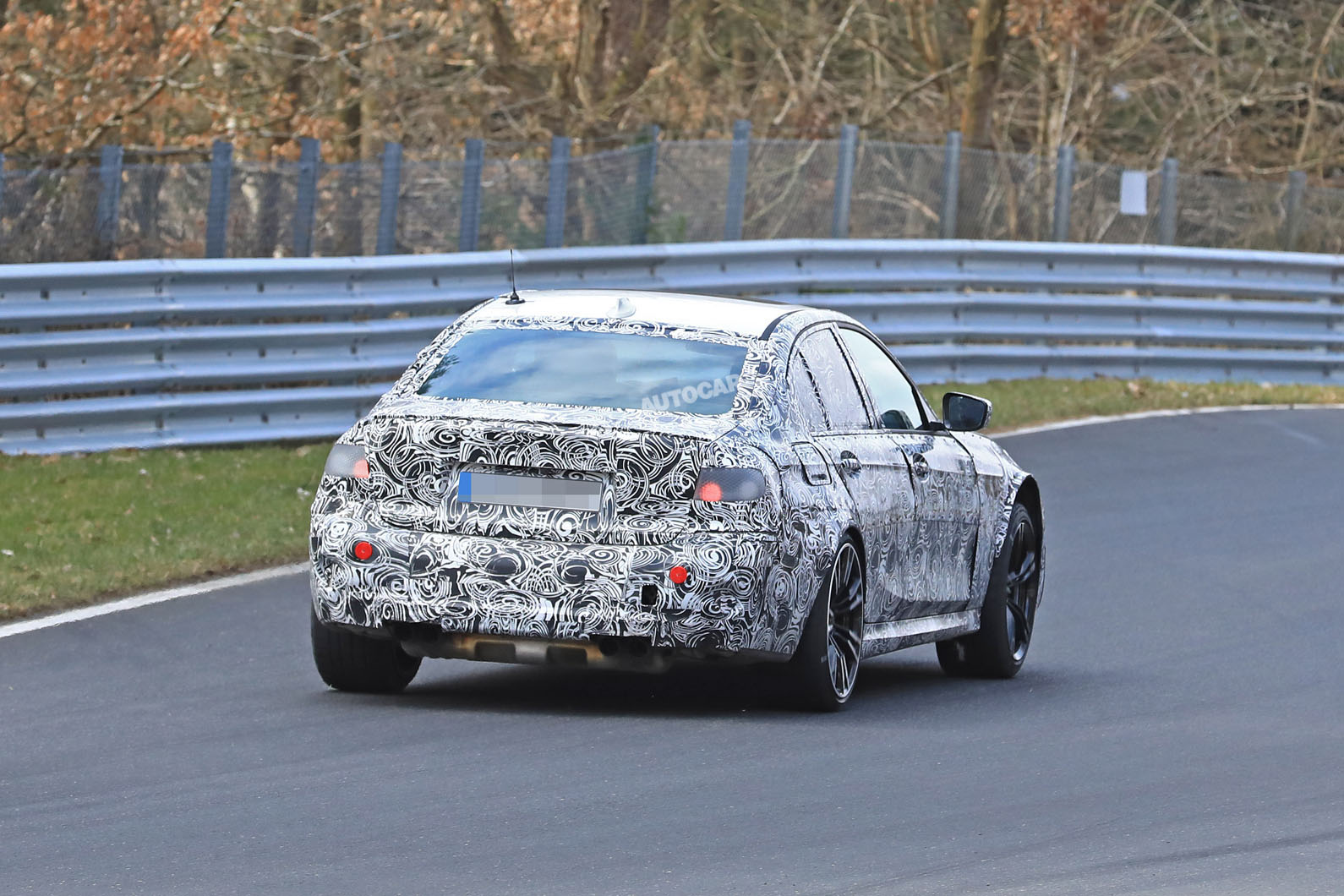 Earlier reports suggested the new M3 would be powered by a petrol-electric hybrid drivetrain with a gearbox-mounted electric motor providing additional performance via an extra driving mode. However, sources at BMW M say those reports were wildly speculative. The latest word from M division’s Garching headquarters is that the M3 will stick with a conventional combustion engine in the form of an upgraded version of BMW M’s twin-turbo 3.0-litre inline six-cylinder unit mated to either a standard-fit six-speed manual or an optional eight-speed automatic.

Details remain scarce, although a combination of both mechanical and software developments are claimed to raise power by nearly 10% beyond the evolution of the engine used by today’s M3 at around 465bhp. That’s 21bhp more than today’s M3 Competition and 9bhp more than the new M3 CS.

Sources have told Autocar that the next M3 is likely to remain rear-wheel drive, with earlier plans to provide it with a fully variable four-wheel-drive system similar to that offered on the new M5 now ruled out because of cost and weight.

The sixth-generation M3 will, like the current car, be joined by a mechanically identical sibling, the second-generation BMW M4 Coupé and Cabriolet. It is tentatively scheduled to make its world debut at the 2019 Frankfurt motor show, prior to the start of UK sales in early 2020.

It will then effectively open the M floodgates for a raft of new models, set to boost both the volume and reach of BMW's high-performance division - an illustration for the growing appetite of consumers, particularly in emerging markets, for ultra-hot variants. 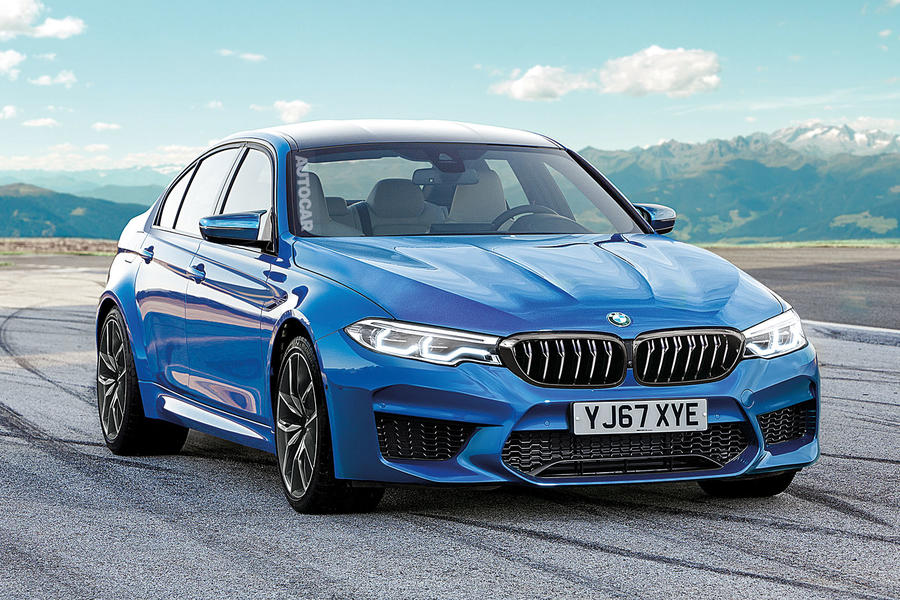 The architect of the plan to broaden the M line-up is Frank van Meel, the 51-year-old Dutch-born engineer poached from Audi Sport (formerly Quattro) in 2014 to lead BMW’s performance car division. Van Meel described the new M3 as a linchpin in BMW M’s plans to match Mercedes-AMG with combined global sales of M and M-Performance models of more than 100,000 per year in the longer term.

The plan also includes the introduction of several more slightly softer M-Performance models, with the overall aim of clawing back the sales advantage currently being enjoyed by the performance divisions of its arch-rivals, Mercedes and Audi.

“Along with the M5, the M3 is a crucial car for BMW M,” he said. “It wasn’t the first fully-fledged M car but it continues to stand for everything the brand is based upon.” 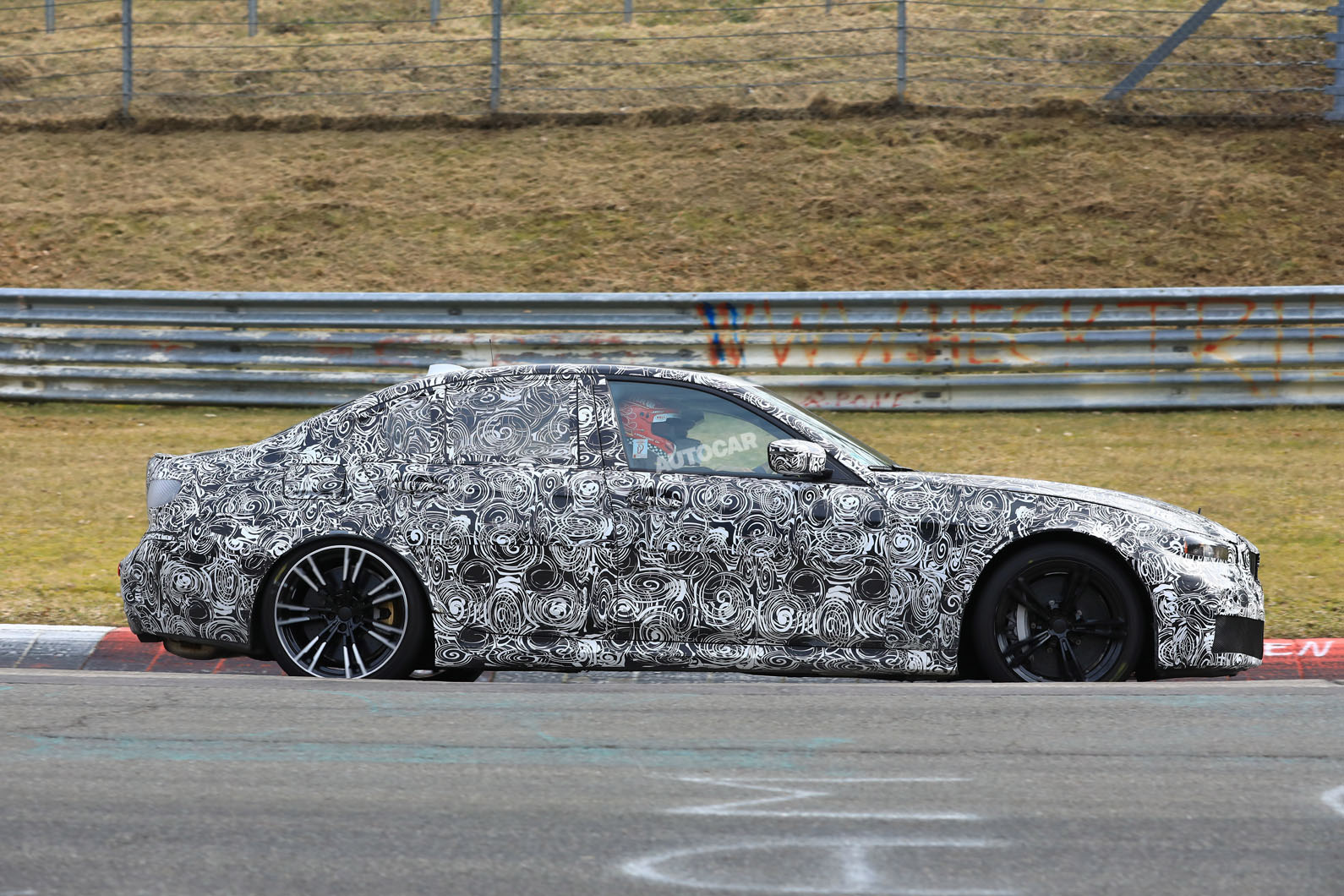 Also slated for launch within the next 18 months, according to well-placed BMW M division sources, are a number of new mid-range four-wheel-drive M-Performance models. These include powered-up variants of the new X2, the upcoming sixth-generation 3 Series and the all-new X7 — models that are aimed at providing stiff competition to Mercedes-AMG’s upcoming GLA 35, just updated C43 and GLE 43, among others.

Other new BMW M cars are on the drawing board but have yet to be officially committed to production. Among them are M-Performance variants of the upcoming 4 Series GT as well as the second-generation 4 Series Coupé and Cabriolet — all due out in standard guise in 2019.

BMW M’s strategy has been described to Autocar as the most ambitious yet undertaken by the performance division. Hot on the heels of the new 592bhp M5, it plans to add up to 26 new or enhanced models by the end of 2020: 11 hardcore M models and 15 M-Performance variants.

As well as concentrating its efforts on bolstering the line-up with fresh new models, BMW M is also planning to sharpen its appeal through the launch of image-leading track-based variants within each model line up.

This will echo the approach taken with the recent introduction of the M3 CS and M4 CS. They will be complemented in 2018 by a similarly conceived version of the M2, rumoured to be called the M2 CSL, which is also planned to receive a 400bhp-plus version of BMW’s turbocharged 3.0-litre six-cylinder petrol engine together with various aerodynamic and weight-saving measures to enhance its performance potential. It's been spotted testing at the Nüburgring on numerous occasions. 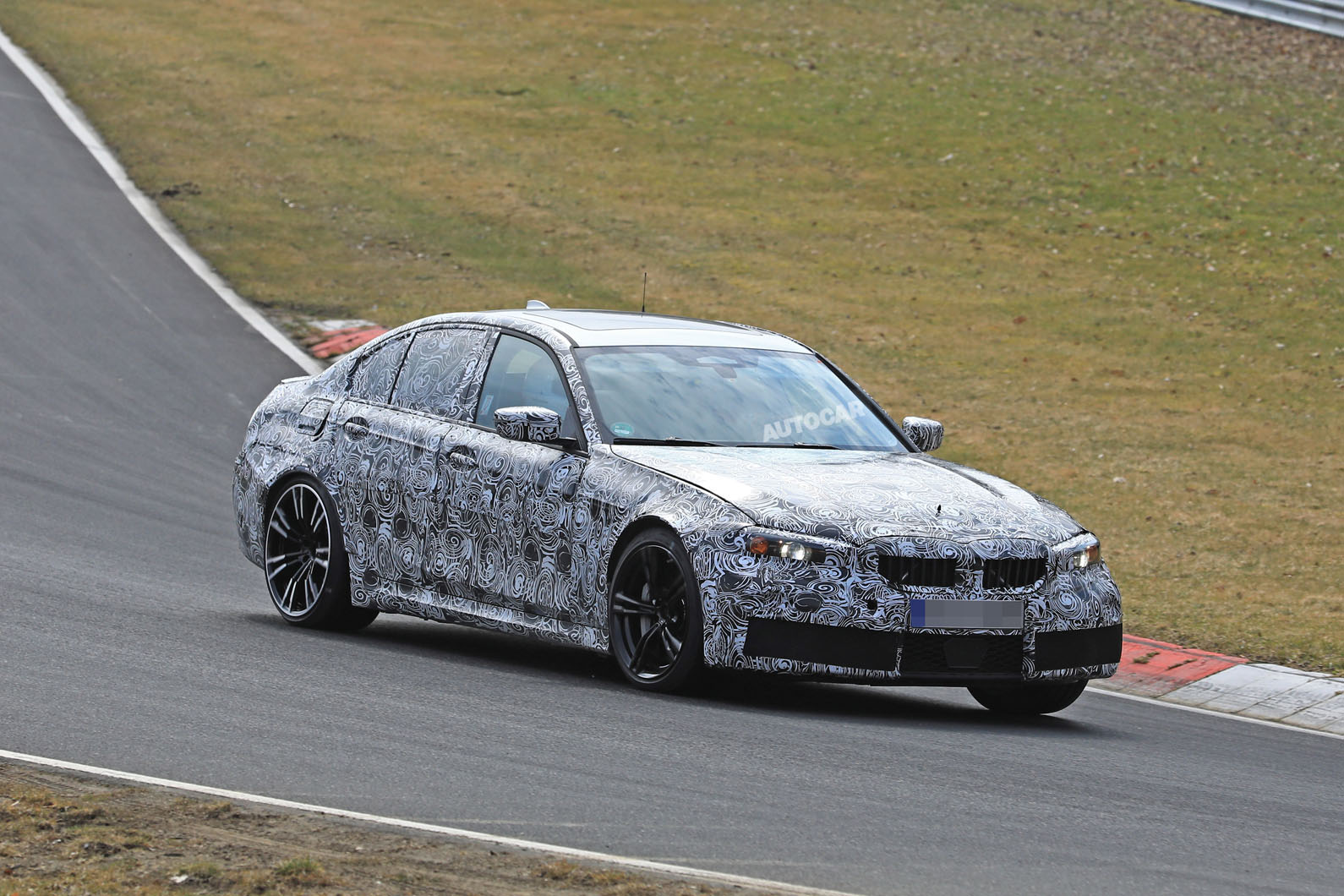 BMW M has turned its attention to more affordable models, too. As scooped by Autocar, in a bid to match the likes of the Audi S3 and upcoming Mercedes-AMG A35, development work has started on an M-Performance variant of the third-generation 1 Series, which forgoes the rear-wheel drive of today’s model for front-wheel drive. It's expected to be called the M130ix M Performance.

As with a similarly conceived M-Performance variant of the new X2, it is set to be offered exclusively in four-wheel-drive guise featuring a powered-up version of BMW’s turbocharged 2.0-litre four-cylinder, which, in a first for an official BMW M model, will be mounted transversely.

Van Meel played an integral role in the widening of Audi’s performance car portfolio with a combination of both S and RS models. Now he has applied this similar strategy to BMW M’s activities using a modular drivetrain strategy and technology drawn from other areas of BMW’s vast operations. This includes the sourcing of lightweight carbonfibre technology originally developed for the company’s i-branded models.

Van Meel said: “BMW itself has significantly more models than BMW M. But we are looking at where we can expand our programme in the future. There is huge potential for growth. We are looking at all BMW models to see if we can make an M or M-Performance model out of them, although there must be sufficiently large customer demand before we commit. With M-Performance, we can reach buyers not possible with classic M models.”

Insight: how new BMW platforms can cope with multiple powertrains

MY neighbour has an m series car

It’s the 116d m line. It must have some real performance as the m division have designed chrome exhaust tips and everything.

They should call it the XR3 not the M3

Makes me want to weep.  And, I'm sure, those who created M in the first place.