BACK TO ALL NEWS
Currently reading: Mercedes-AMG C43 4Matic facelift revealed with 385bhp
UP NEXT
BMW opens door to M1-inspired electric supercar

Mercedes-AMG has provided the 2018-model-year C43 4Matic saloon and Estate with a more powerful version of its turbocharged 3.0-litre V6 petrol engine.

The reworked powerplant, which receives larger turbochargers operating at a maximum pressure of 1.1bar, forms part of a raft of mid-life changes for the C43, bringing an added 23bhp to boost its reserves to 385bhp at 6100rpm. Torque, however, remains the same as before, continuing to peak at 383lb ft on a band of revs between 2500 and 500rpm. 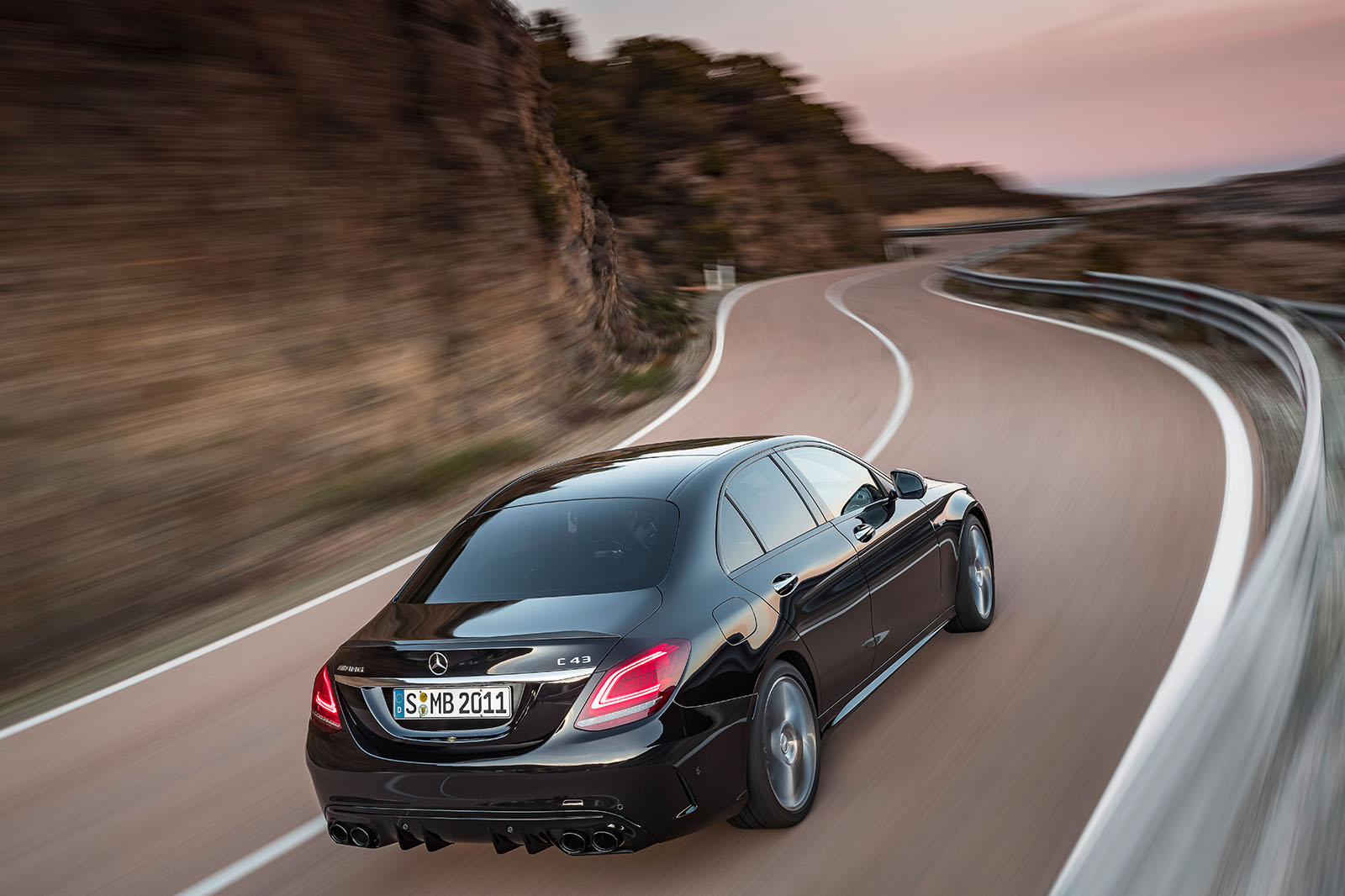 Despite the increase in power, Mercedes-AMG does not claim any improvement in overall performance, with both the four-wheel-drive C43 saloon and Estate claiming the same official 0-62mph times as their predecessors, at 4.7sec and 4.8sec respectively. At the same time, their top speeds remain limited to 155mph.

Revealed at the 2018 Geneva motor show, the facelifted C43 saloon and Estate are also distinguished from the models they replace by a series of subtle exterior styling tweaks, including a new twin-blade grille, more heavily structured front bumper with an altered air duct design, a rear deck spoiler now in the same colour as the car, a reworked rear bumper with a larger diffuser and new-look twin round chromed tailpipes. 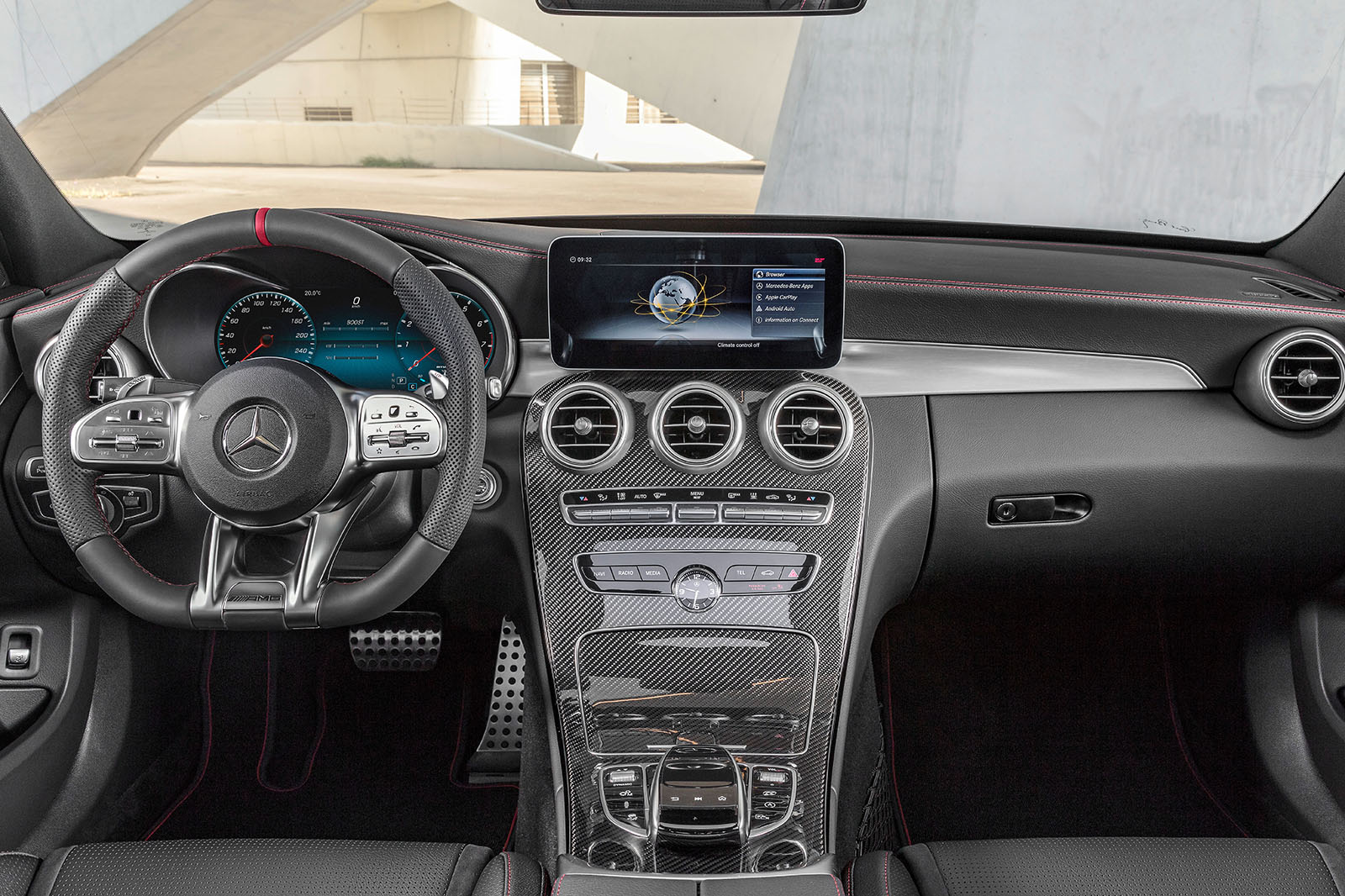 Greater shove and some subtle styling tweaks for the 'baby' AMG C-Class, but the C43 Coupé makes less of a case for itself than the saloon or estate

As an option, buyers can also order the new models with an optional AMG styling package. It adds a splitter element within the front bumper, wider sills underneath the doors and an altered rear bumper.

In line with standard versions of the facelifted Mercedes-Benz C-Class, the new C43 saloon and Estate also receive an updated interior with a digital instrument cluster and 12.3in Comand infotainment screen, both featuring AMG-specific menus.

Who’d thought that a compact saloon with 385bhp would be described as “warm”. Just goes to show how power expectations have reached dizzying heights.