BACK TO ALL NEWS
Currently reading: How car firms will alter their prices post-Brexit
UP NEXT
Sorry, wrong number: the forgotten problem of car clocking

How car firms will alter their prices post-Brexit

As Britain prepares to leave the European Union, we survey a range of makers’ pricing strategies in the wake of the split
Close

After three years of turmoil, Brexit is finally entering its endgame – hopefully. Although Britain’s final relationship with the European Union (EU) is yet to be decided, car manufacturers have started staking out their responses to a variety of different outcomes.

As the most damaging option, firms have naturally focused on ‘no deal’ or an otherwise ‘hard’ Brexit, which could trigger changes to their pricing structures. If Britain leaves the EU without a deal or a sufficient free trade agreement, the UK could find itself subject to significant tariffs, disrupting manufacturers’ supply chains and potentially being passed onto the consumer in higher list prices.

Crucially, this may even apply on cars ordered before the official exit date, as companies seek to protect profit margins in response to rising costs. Not all manufacturers intend to handle this the same way, however, with costs to the company and consumer varying widely between different brands. Here is what those who responded to requests for comment have said:

BMW and Mini: Tariffs not passed on 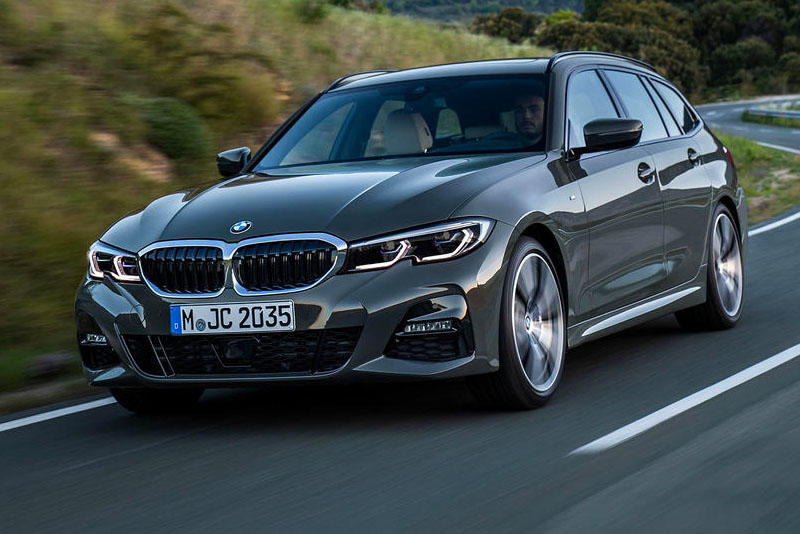 BMW and Mini are offering price protection for orders placed on and before 31 October or whatever date Britain leaves the EU. BMW has confirmed that this offer encompasses any tariffs, so even if the UK were leave without a deal, BMW and Mini buyers would be protected from any and all price increases.

Jaguar and Land Rover: Tariffs not passed on

Jaguar has confirmed it will not backdate tariff costs on cars that are registered before 31 December, guaranteeing prices at that date. This is slightly different to guaranteeing prices at the point of order, since registration can be delayed until significantly after the order date. It appears that cars ordered very close to the EU exit date may risk not being protected by the offer, making their buyers vulnerable to extra bills. It's likely that a similar guarantee will be available from Land Rover.

The Volkswagen Group has confirmed that it will price-protect for customer orders placed before 1 November for all the above brands and vehicles. However, the Group stressed that there are terms and conditions and implied that the guarantee does not cover tariffs. As the Government has yet to announce what the import duty level would be in a no-deal Brexit, the Volkswagen spokesperson could not specify exactly how great the cost to consumers might be, only intimating that the price of cars and parts imported to the UK may increase. 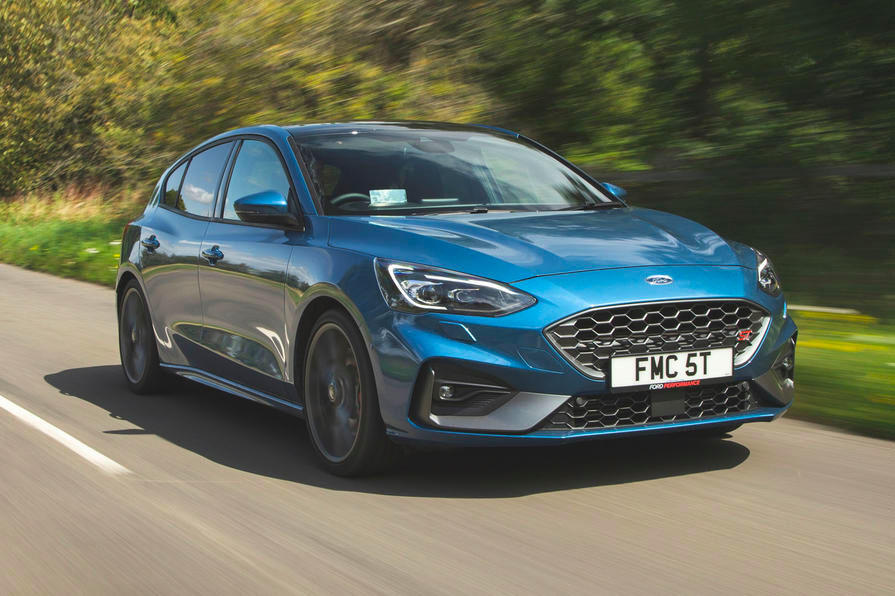 Ford adopts a similar position to the Volkswagen Group, stating that all prices on orders will be guaranteed, except in the case of tariffs. If tariffs are applied, Ford said these will be passed onto the consumer but emphasised that these would appear as a separate line on customers’ statements and would be limited to the exact cost of the tariffs. Ford of Britain’s managing director, Andy Barratt, has said: “In a no-deal scenario and the imposition of a WTO 10% tariff regime on new vehicles, prices for Ford’s most popular passenger and commercial vehicles would rise by between £1000 and £2000. We will provide more details if or when the situation dictates.” However, British communications executive director John Gardiner cautioned that it will be “impossible to avoid disruption in [the event of a no deal Brexit]”.

A PSA Group spokesperson has told Autocar that customers who order a car from any of the firm's brands on and before 31 October aren't protected from price increases due to tariffs. If Britain chooses a hard Brexit and tariffs are applied, these will be passed onto the consumer. 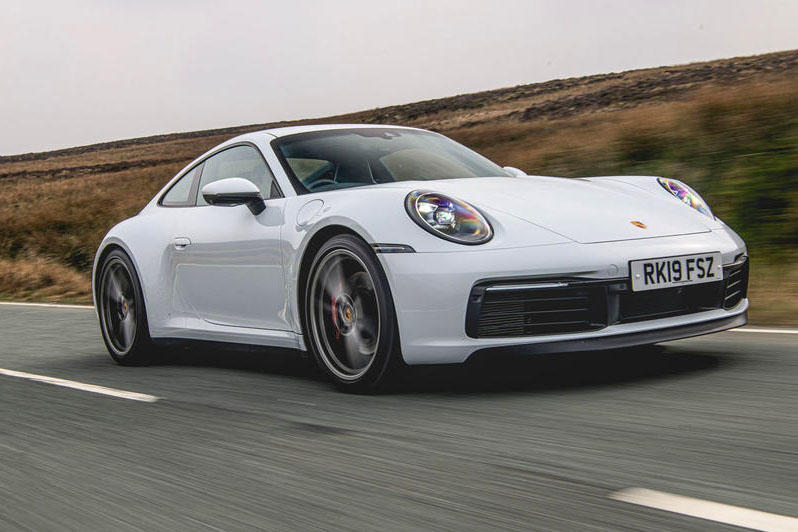 Porsche has previously warned customers of a 10% increase in prices in a no-deal Brexit. A Porsche spokesperson was unavailable for comment.

Kia: No position confirmed but tariffs likely passed on

Kia’s position regarding tariffs is complicated. Because of a free trade agreement signed several months ago, the company’s vehicles, which are built in South Korea, are protected from tariffs and will therefore pass no extra costs to the consumer. On the other hand, the manufacturer also has a factory in Slovakia, with which Britain does not have a free trade agreement, making tariffs likely in the event of no-deal Brexit. Kia was unable to confirm that tariffs on these models wouldn't be passed onto buyers, stressing that it is too early for it to commit to a strategy.

Mercedes-Benz and Smart: Tariffs may be passed on

Mercedes will guarantee the prices of all Mercedes-Benz and Smart cars ordered before 31 October. However, this doesn't appear to include tariffs. A spokesperson from the company commented: “Should a customs duty tariff become applicable on cars imported into the UK after leaving the EU, we will review our pricing to adapt to the changed circumstances. Please understand that we are not currently able to give any indication as to how that might look.”

The firm is also guaranteeing prices on lease vehicles, according to the leasing site Leasing Options. What this means is unclear, though, the site only saying vaguely that Mercedes will “honour [cars’ pre-Brexit] price[s]”. Further details reveal that customers have to confirm the delivery date and that their order must be booked into Mercedes’ system before the guarantee will apply. Because there may be a time lag between ordering and finalisation, customers who order close to 31 October might not be protected. It also appears that costs could be added in the event of tariffs. 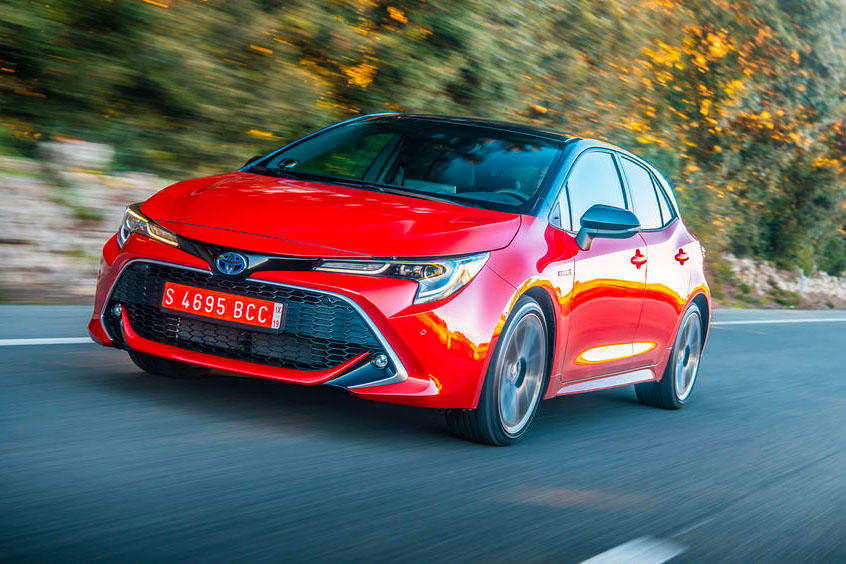 Toyota was tightlipped about its strategy. A spokesperson said that it has no changes to its prices planned in the wake of Brexit; this could mean that tariffs would not be passed onto consumers, but the company didn't explicitly tell Autocar that this is the case.

A spokesperson said that Nissan generally guarantees prices at the point of order but declined to explain whether this included any tariffs that might come into force post-Brexit or to comment on its general Brexit pricing strategy.

Rolls-Royce said there were no official communications.

Customers ordering Bentleys before 31 October are price-protected. A spokesperson said Bentley anticipates increased costs regardless of the UK's relationship with the EU but added that it will not make a decision on pricing until this is finalised.

Autocar has contacted Renault for comment but has yet to receive a response.

Jaguar Land Rover boss: settling Brexit will be good for us

Any excuse to raise prices

and blame the politics....

Why can't we just leave. If, 3+ years on, the manufacturers haven't put supply chain options in place to counter tariffs then f**k 'em. The whole policy of building stuff in one place from bits made all over the EU smacks of social engineering on a grand scale, it's like 60's/70's Britain scaled up... think Linwood, Speke supplying the Midlands heartlands then.

Airbus is the greatest example of this, what is the financial and environmental cost of building wings in Wales and shipping them by barge or beluga to France to be mated to bits from Spain and elsewhere?

I know of a business in North Wales that ships rubber grommets to the EU to be applied to wiring looms that are shiped back to Halewood to be fitted to JLR cars, why cant the Welsh company ship the grommets direct? A distance of 30 miles compared to over 1000?

What a misleading article!

WTO tarriffs of 10% will NOT be absorbed by manufacturers for anything other than the very short-term.  Many will hike prices immediately and not price-protect orders already placed.

These are major price increases!  If you are financing a £30k car over 4 years, the increase in your monthly payments will be £62.50 per month before adding interest costs.

Don't listen to the rhetoric, Brexit isn't going to be good for the majority of us, it isn't going to be dire, but let's not be kidded here, it's going to take a few years before we step out of the metaphorical quagmire onto dry firm ground and slowly build our economy again....