BACK TO ALL NEWS
Currently reading: Mercedes EQS: electric luxury limo to spawn AMG version
UP NEXT
Ford backs call for European ban on new ICE cars from 2035

Mercedes-Benz will launch its most ambitious electric model to date in the EQS flagship saloon – and it’s planning an AMG version that will challenge the performance car establishment with a dual-motor drivetrain making more than 600bhp and form the basis of a series of new hot zero-emissions models.

The S-Class-sized limousine, which is due to arrive in the UK in standard form in early 2022, is the first EQ model to be based on the German manufacturer’s scalable electric vehicle architecture (EVA). This skateboard-style structure, says Mercedes, will allow the EQS to offer unparalleled levels of accommodation and luxury in the electric car ranks, thanks to its flat floor and clever battery packaging.

Previewed by the Vision EQS concept first shown at last year’s Frankfurt motor show, the EQS is planned to take on the next-generation Jaguar XJ, which is also at an advanced stage of development and due to reach showrooms next year. Other rivals include the Tesla Model S and the Porsche Taycan, as well as a number of new luxury cars currently being developed by electric vehicle start-up companies, including the Lucid Air and Xpeng P7.

The EQS spearheads an ‘Electric First’ strategy that Mercedes research and development boss Markus Schäfer says will result in up to 50% of the firm’s sales coming from both electric and hybrid models by 2030, up from a projected 9% this year.

“We want to change the way we build cars,” said Schäfer in reference to the EVA platform. “The focus is on electric drivetrains.”

The EQS, known internally under the codename V297, will be Mercedes’ fifth dedicated EQ model. It follows the EQC, an SUV that has been on sale since last summer; the EQV, a van-based people carrier that’s due on sale in the coming weeks; and the EQA and EQB compact SUVs. It’s the eighth electric model to wear the EQ badge: the Smart EQ Fortwo, EQ Fortwo Cabrio and EQ Forfour also officially belong to the sub-brand.

The flagship EQ model will be distinguished from existing high-end Mercedes cars by its unique short-bonnet proportions and monolithic body devoid of any feature lines. It will be sold alongside the more traditional seventh-generation S-Class, which is set to be revealed towards the end of the year before the start of UK sales next year. 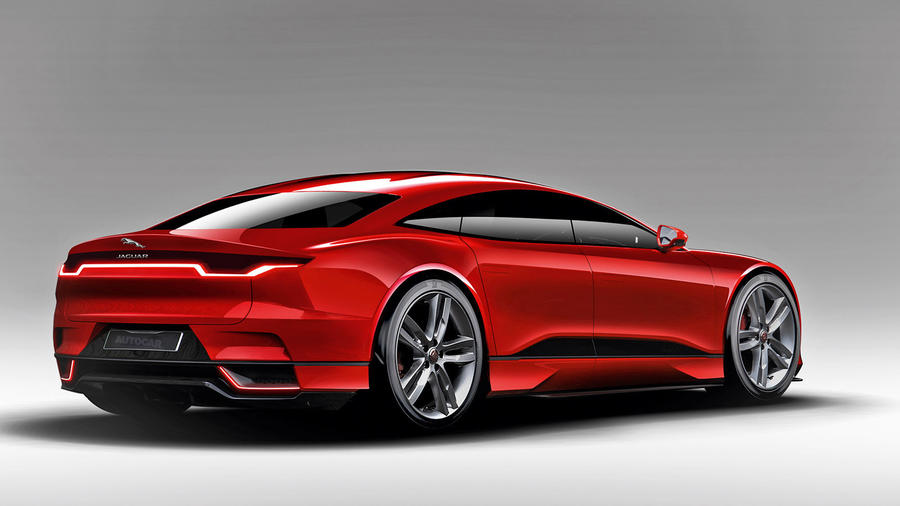 Key among the EQS’s exterior styling elements is a black panel grille. Set to be offered as an option, this will feature a three-pointed star similar to that showcased on the Vision EQS, giving the new models what Mercedes’ designers describe as “an all-new face”. It is to be bookended by triangular headlights featuring optional digital light technology.

In another first, the EQS also receives a fixed carbonfibre-reinforced plastic clamshell bonnet, with items such as the windscreen washer bottle filler accessed via a panel in the front wing. Among the choice of wheels will be the 22in alloys already seen on various EQS prototypes.

Dimensionally, the production EQS mirrors the existing third-generation CLS in length. However, the compact packaging of its electric driveline and flat floor are said to provide it with interior space that betters that of the larger S-Class.

“It’s a whole new world,” said Schäfer. “The limitations placed on the packaging by a conventional combustion engine platform don’t apply any more. The space, especially in the rear, sets new standards. And with the liftback tailgate, we’ve improved practicality.”

The highlight of the spacious interior will be a 1.15-metre-wide all-glass fascia that’s manufactured in a patented process. It houses a series of high-definition digital displays that are operated through a new user interface developed by Mercedes.

Mercedes is planning to offer the standard EQS with a limited number of drivetrains, the most powerful of which, a dual-motor set-up, is expected to match the output of the earlier concept at 470bhp and 560lb ft in the EQS 550 4Matic. It won’t be the most potent EQS variant, however. 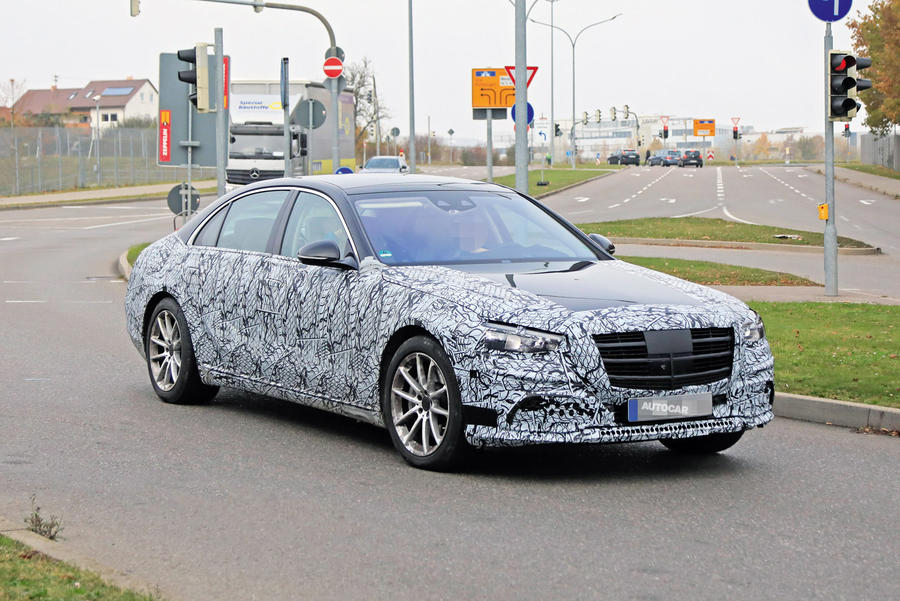 Autocar has learned that Mercedes’ AMG performance car division is set to enter the volume-production electric car ranks with an even more powerful model. According to one high-ranking Mercedes engineer, it will have reserves to equal those of the existing S63 4Matic, which is powered by a twin-turbocharged 4.0-litre V8 petrol engine.

This suggests that the range-topping AMG EQS, which is expected to be unveiled in 2022, will get well in excess of 600bhp and 663lb ft from a dual-motor set-up similar to that used by the most potent of its standard siblings.

By way of comparison, the most powerful version of the Model S today, the P100D, develops 784bhp and 841lb ft.

Nothing is official at this stage, but AMG is said to have signed off on a modular electric drivetrain strategy similar to that in place with its more conventional combustion-engined models.

The likely scenario, according to a source, is that upcoming AMG versions of the EQS, the smaller EQE saloon and the eventual electric G-Class off-roader (expected to be dubbed the EQG) will all share the same high-performance driveline, mirroring the way today’s 63-badged AMG models use a common combustion engine. It is not yet known if the more compact models, such as the EQA and EQB, will benefit similarly.

According to one official with knowledge of Mercedes’ ‘Electric First’ plans, the AMG drivetrain has been developed in part to head off the imminent challenge of Tesla’s ‘Plaid’ drivetrain. The California-based electric car maker’s tri-motor set-up is shrouded in secrecy, but it’s already rumoured to develop up to 800bhp and in excess of 1000lb ft.

Volkswagen is also known to be working on high-performance electric drivetrains. The German manufacturer recently confirmed that it is using the technical know-how gained in the development of its ID R sports car prototype as the basis of a new drivetrain for its R performance car division.

As showcased on the concept, the AMG version of the EQS will send its reserves to the road via an advanced new four-wheel drive system capable of varying the amount of power and torque delivered to each individual wheel.

The new model will have even more potent acceleration than the standard EQS, which Mercedes already claims has the potential to go from 0-62mph in 4.2sec. Unlike the current EQC, which is limited to 112mph, it is also likely to have a top speed raised to 155mph, in line with its performance car positioning. 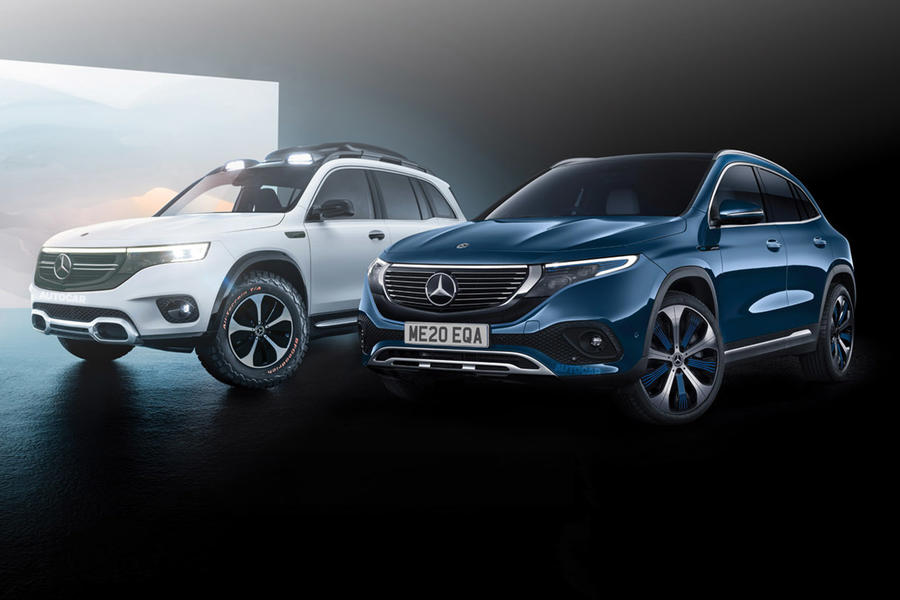 Energy for the EQS’s motors is provided by a 100kWh lithium ion battery. This is housed within the flat floor and is expected to offer a range of up to 430 miles on the WLTP test cycle, although sources close to Mercedes suggest the real-world figure will be closer to 320 miles. Like the Taycan, it will support 350kW rapid-charging – a development that Schäfer hints will enable the battery to be charged to 80% of its capacity in 20 minutes.

Also included will be a newly developed energy recuperation system. Drawing on developments already used by Mercedes-AMG in Formula 1, it is claimed to provide levels of kinetic energy harvesting under braking far beyond those of existing road car systems.

In the last decade or so it's become easier to get more power and torque, and with the advent of EV power giving even more power and torque, 800,900, 1000bhp+ enormous amounts of torque too, is two ,three hundred mile per hour top speed is a bit how hum, too easy to achieve, and acceleration,we've already got cars that three seconds to 60mph, one allegedly does it in 1.9 secs!, where do cars go from there?

We know how electric cars accelerate so this is no big deal. Tesla have already 'reinvented the wheel' as far as I am concerened now we are getting the encore performance from "all the rest" and talking about EV performance like it's something new. All electric cars are going to be 4-5 seconds 0-60 unless their manufacturers deliberately hamper them. Apart from the looks the EV's looks set to be the great leveller.

I think one of new/most important metrics will be charging rate and to a lesser extent range (once a certain distance is met).  I can cope with a genuine range of 200 miles but as far as charging rate goes the faster the better (as long as they can keep losses to a minimum)