BACK TO ALL NEWS
Currently reading: Next-gen Mercedes-AMG GT to be four-wheel-drive hybrid
UP NEXT
Ford backs call for European ban on new ICE cars from 2035

Mercedes-AMG is well into the development of a second-generation GT, which is due on sale in 2021 with a hybrid powertrain that will offer increased power and torque.

The next iteration of AMG’s supercar will adopt a revised twin-turbocharged 4.0-litre V8 petrol engine with new mild-hybrid assistance, as well as a transaxle re-engineered to accommodate a fully variable four-wheel-drive system in selected models. That move is set to endow it with significantly greater performance potential than its predecessor.

Insiders at Mercedes-AMG’s headquarters in Affalterbach, Germany, suggest a series of driveline innovations will push the power output of future upper-end GT models beyond 650bhp. The innovations will include an electric boosting capability as part of a range of new mild-hybrid EQ Boost functions.

As well as increasing the power output, the addition of electric boosting via a starter/ alternator and new 48V electric architecture will bring a notable increase in torque to the GT’s upgraded V8 engine. The successor model to today’s GT R is set to generate up to 700lb ft. 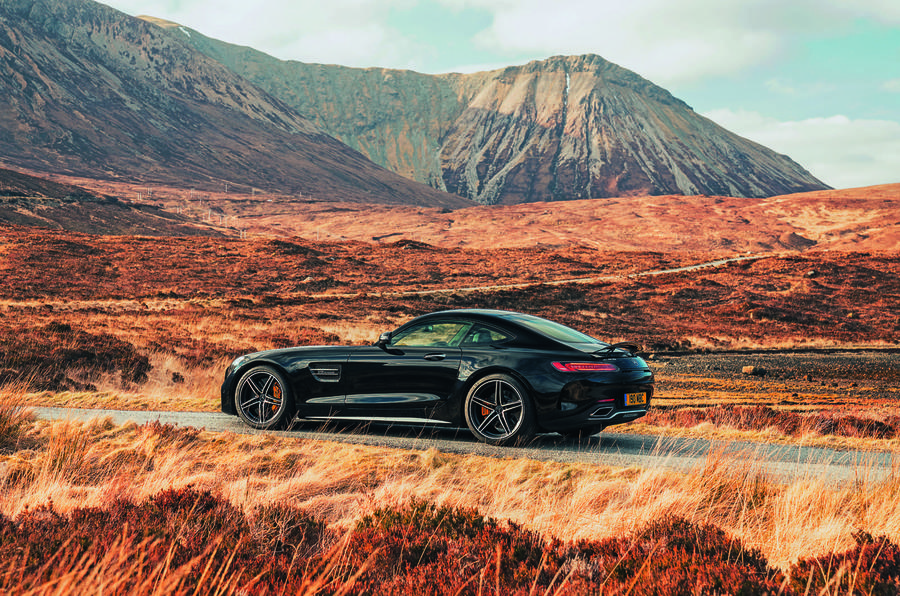 As a point of reference, the most powerful current iteration of AMG’s V8, codenamed M178, resides in the GT63 S 4Matic 4-Door Coupé, where it kicks out 630bhp and 664lb ft with an initial range of EQ Boost functions. In today’s form, the GT R makes 577bhp and 516lb ft.

The new GT will once again be produced in both coupé and roadster bodystyles. It’s scheduled to reach UK showrooms in early 2022. Key rivals for the new model include the Porsche 911, which is also set to adopt hybrid functions when the facelifted version of today’s 992-generation model is launched, and the Aston Martin Vantage.

But whereas Porsche is looking to go down the full plug-in hybrid route, including all-electric capability for limited distances, this has been ruled out for future Mercedes-AMG GT models because of packaging concerns.

One source told Autocar: “With a 75-litre fuel tank behind the cabin, we’re already at the limit on packaging. For worthwhile distances on electric, you need a battery with at least 12kWh of capacity. As well as commanding space, it also adds quite significantly to the weight.”

Key to the future of the GT is a decision by Mercedes-Benz to twin it with the successor to the SL. Both models share vital elements of their platform, driveline and interior in a move that, AMG insiders told Autocar, has helped to streamline and lower the cost of their development despite the adoption of new technology. 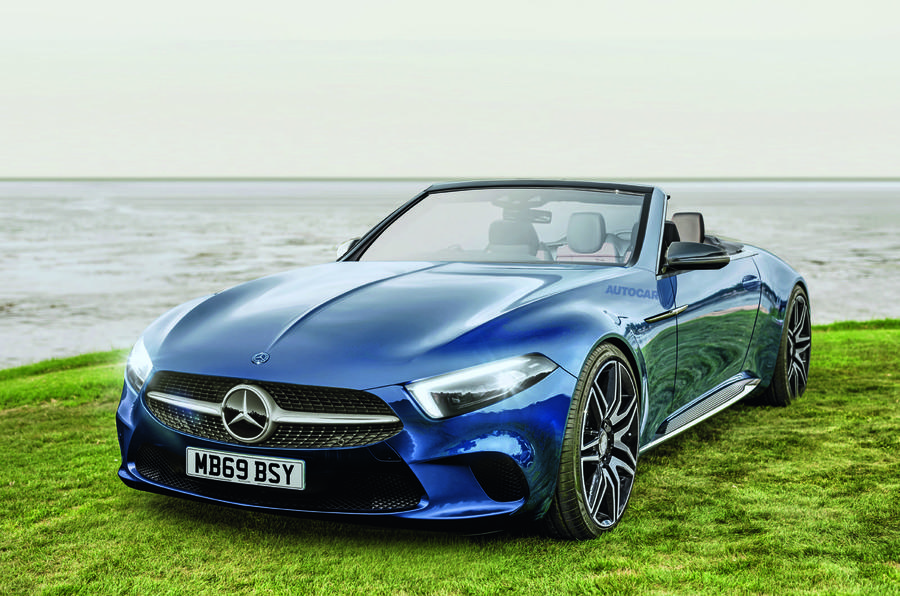 Among that new tech is a four-wheel-drive system that can rapidly balance drive between the front and rear axles as well as a torque vectoring function to vary the amount of power sent to each individual rear wheel.

Together with a newly developed transaxle, the added traction of the new four-wheel-drive system should rectify one of the existing, rear-drive-only GT’s weaknesses – namely its standing-start acceleration in comparison with the supercar competition. But, like today’s E63, it will feature a Drift function, which sends power exclusively to the rear wheels.

Although the GT is set to retain its existing two-seat layout, the new SL will adopt a roomier 2+2 interior – a move, Autocar has been told, that’s aimed at ensuring the models appeal to different customers.

The basis for the second-generation GT is a revised aluminium spaceframe that is claimed to weigh less than the 233kg structure used by the existing model. The weight saving has been achieved in part by the adoption of more cast aluminium components within load-bearing areas.

Mercedes-AMG is also said to have met its aim of increased rigidity, most notably in the front end of the new spaceframe, which uses a newly designed transverse member with what is described as “improved torsional properties”.

The new GT is expected to feature a more contemporary exterior, described as being “a bigger step away from the current GT as it was from the earlier SLS”. The more modern approach is also said to be reflected inside, with new Formula 1-inspired digital graphics among the early design proposals.

More counterproductive weight, more useless power, all wrapped up in a BS "environmentally friendly" hybrid wrapper and sold for ridiculous money. That is what is called "progress" these days. I am saying this as devoted fan of petrol engines.

Hybrid and 4WD.  So sad, and so predictable.

Exactly how you make the car less 'AMG', and less enjoyable.

Joining the Arms race?, well , why not?, small volume, plenty of wealthy customers old and new, got to have competition to improve the breed, but for around £30-35K can you get all the performance you ever need?........