While Mercedes-AMG has had mixed form with its entry-level ’43’ performance models, we were impressed with the all-round balance of performance, luxury and comfort offered by the GLC version when we first tried it. And now, following a mid-life refresh for the whole GLC range, the AMG version of the mid-size SUV has been given a makeover.

As with regular versions of the GLC, the revamped version of the performance SUV has been given a facelift including a new bespoke AMG grille and lights. But more significant is that it’s also been given more power, with fettling to the 3.0-litre V6 twin turbo lifting output to 385bhp from 362bhp previously.

Alongside that, AMG’s engineers have done a spot of fiddling with the rear-biased all-wheel-drive system and the chassis dynamics, with aim to boost agility. So does that extra engine output and minor fettling add to the driving experience, or upset the all-round balance that we've praised in the GLC 43 until now? 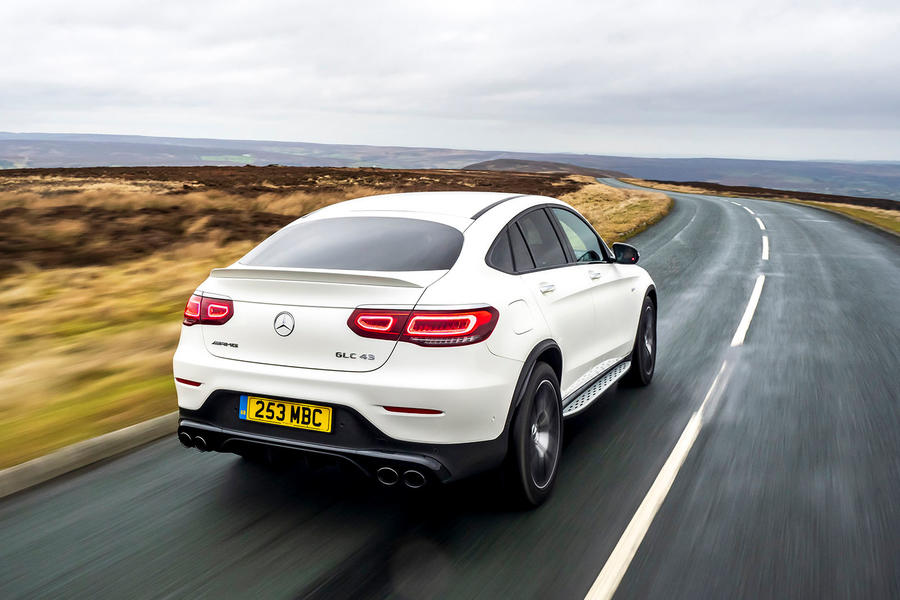 We previously sampled the Mercedes-AMG GLC 43 in SUV form, but our first experience of this facelift version comes in the Coupe version. It's mechanically identical to the SUV version, albeit with a slightly less practical swooping roof line - and a higher price tag.

The interior is as comfortably and spacious as you’d expect from a Mercedes SUV. While you wouldn’t call either particularly essential kit for an SUV, the sports seats are pleasantly enveloping and the flat-bottomed AMG steering wheel comfortable to hold. And, as with the non-AMG GLC models, the controls, 12.3-inch digital instrument cluster and 10.25-inch MBUX touchscreen are well laid out and easy to use.

But it’s the enhancements under the bonnet that most intrigue with this version. Mecedes-AMG says it has been able to add 23bhp to the engine output through a combination of software upgrades and a larger, standalone turbocharger - mounted closer to the engine to minimise response times. The nine-speed automatic gearbox remains, peak torque remains unchanged at 384lb ft, and the top speed stays at a limited 155mph.

That peak torque is available between 2500 and 4500rpm, and you can certainly feel its benefit from standstill. The V6 enables rapid progress from standstill, despite it shifting what remains a relatively hefty SUV.

The extra whack of power doesn’t add much to the turbocharged six-pot’s soundtrack; while it does respond with a pleasing rasp if you work it, it remains fairly subdued compared to higher-level AMG models. Switch to Sport and Sport Plus mode and the automatic box holds gears longer for better response, and in manual mode the system happily lets you get on with it as you choose.

Crucially, the GLC 43 retains the strong ride dynamics that we experienced in the pre-facelift model. In the standard ride modes the suspension smoothes out most imperfections and the handling is sharp, making for a performance SUV that will remain comfortable even on long journeys. In In the sportier drive mode settings the ride is on the stiff side, although not overly so. It does a decent job of making the GLC’s weight although if you really push you will experience a fair amount of body roll. Even AMG’s engineers can’t quite cheat the laws of physics that apply to heavy, high-riding SUVs. 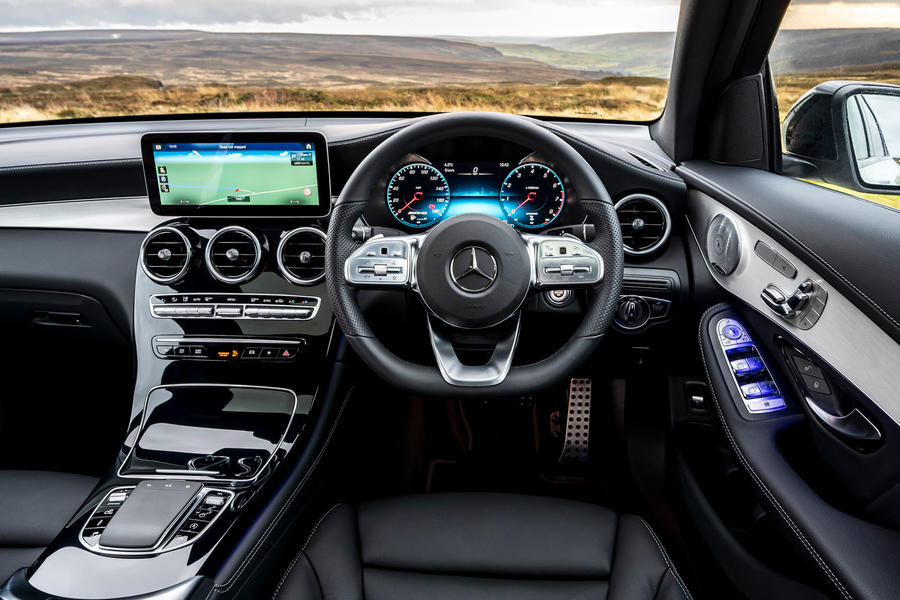 As with our previous experiences in refreshed versions of the regular GLC, we would pause to consider why we’d choose this Coupe version over the cheaper and more spacious, yet otherwise identical, SUV body type. That said, in the context of the 385bhp twin turbo under the bonnet of the GLC 43 we’re somewhat less inclined to get hung up on such pragmatic thinking. It’s best not to think too rationally: as the likes of the Porsche Macan GTS and Audi SQ5 demonstrate, there’s a definite demand for such cars.

Given their contradictory nature, premium performance SUVs have a tough brief to fill - mixing dynamic performance with comfort, space and luxury. The Mercedes-AMG GLC 43 does an admirable job of filling that brief. While some rivals remain slightly sharper in terms of handling or faster, the AMG is a well-rounded package that offers a slug of performance while maintaining the ability to serve as luxurious and spacious family transport. 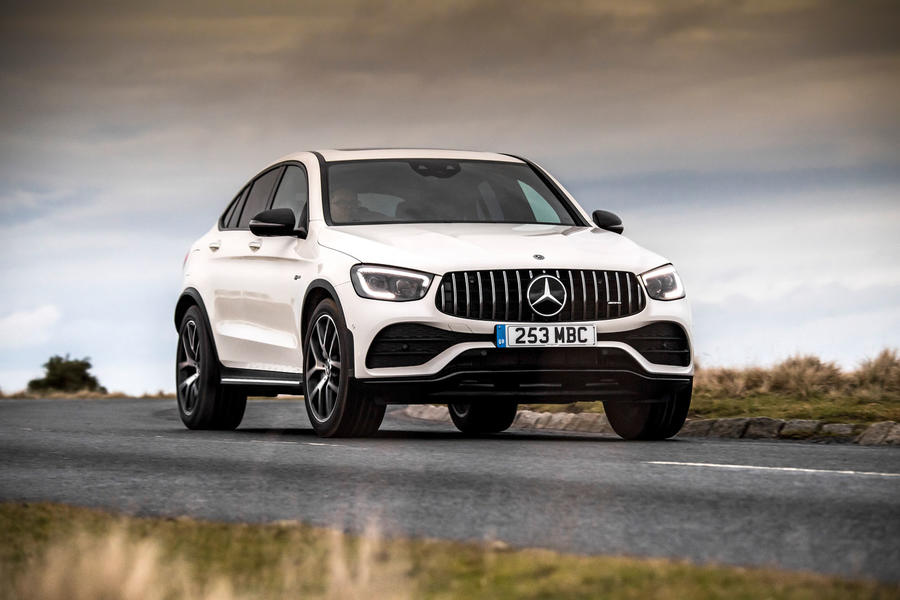 The latest offerings from the german manufacturers are becoming increasing ugly.

Are they having problems with their eye sight?

Why would anyone with any taste buy one of theses ghastly looking monstrosities?

You failed to mention...

...whether they've fixed the low-speed judder from the front end when applying steering at low speed.