The P7 four-door saloon will rival the Tesla Model 3 with contemporary coupé-like styling and a drivetrain that's claimed to provide it with a range of more than 311 miles in China’s NEDC-based tests.

The company says the dual-motor, all-wheel drive X7 will manage 0-62mph in four seconds, and will arrive with level 3 autonomous driving features. 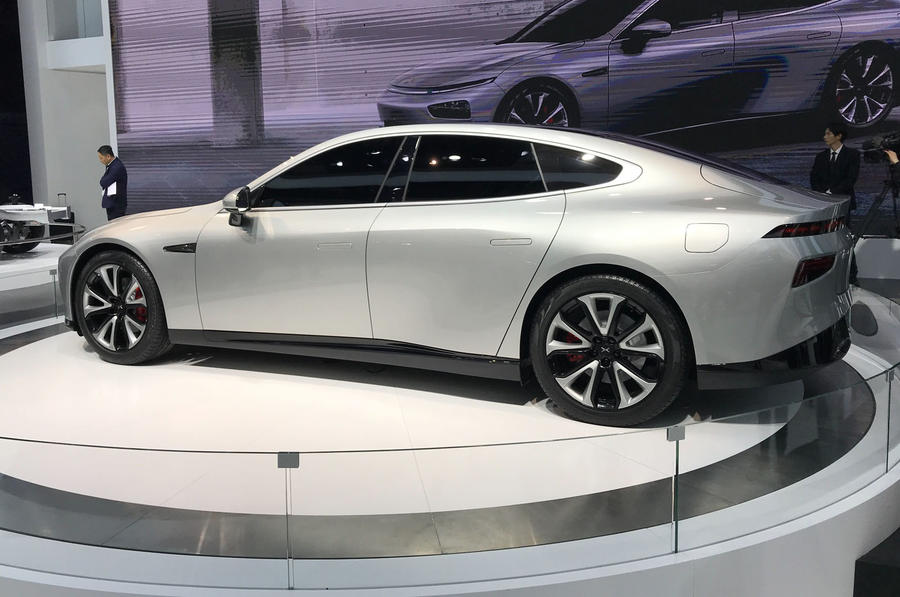 The P7’s powertrain appears to draw heavily on that of the G3, an Audi Q3-sized SUV. That car is currently on sale with front-wheel drive but is planned to receive a four-wheel drive option later this year. In its most potent form, the G3 develops 195bhp and 221lb ft of torque, providing it with a claimed 0-62mph time of 7.9sec. Its 47kWh lithium ion battery is expected to be carried over to the E28.

Unlike the G3, which is produced under contract by Haima, a subsidiary of First Automobile Works, at its plant in Zhengzhou in China’s Hanan province, the P7 is planned to be manufactured in Xpeng’s own production site in Zhaoqing in the province of Guangdong.

Founded in 2014, Xpeng has raised over 10 billion Chinese Yuan (£1.12 billion) in funding to date. It is backed by a group of renowned Chinese companies, including Alibaba, Foxconn, IDG Capital and Hillhouse Capital, among others.

Let me guess, it will have a

Let me guess, it will have a minimalistic interior, have central console and have glass roof, then a taller SUV version will be available sharing 75% commonality called XPeng S3XY....give me a break China...can you at least come up with something original?