A pioneering electric premium MPV, the EQV has been designed to appeal to fleet and private buyers with a dual focus on practicality and comfort.

The EQV's official range is up to 252 miles from a full charge, with power stored in a 90kWh lithium ion battery pack mounted under the floor for enhanced dynamics and maximum interior space. It can be charged from 10% capacity to 80% in less than 45 minutes. 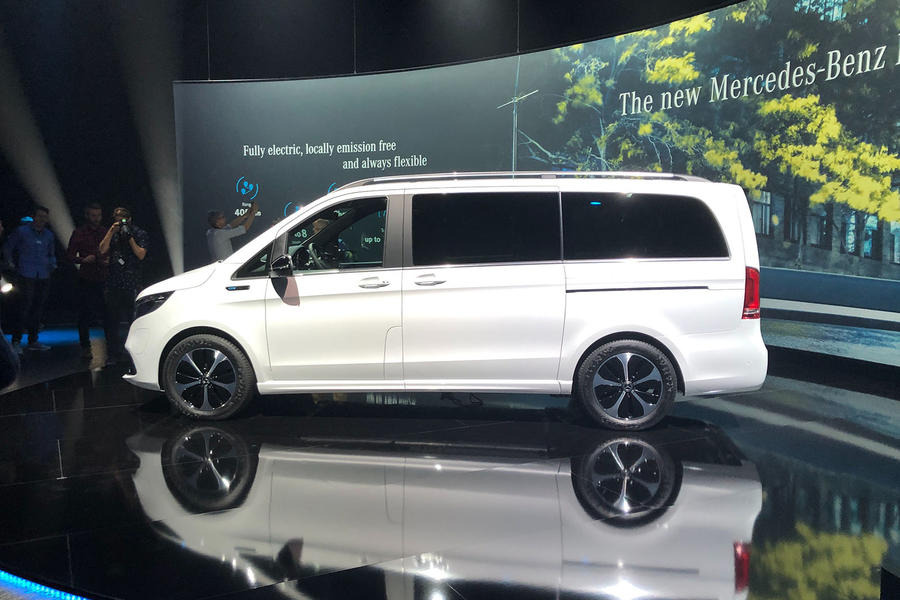 Power is sent through a fixed-gear transmission to a front-mounted electric motor producing 201bhp and 267lb ft – enough to propel the 3500kg EV to a 99mph top speed.

Benjamin Kaehler, head of Mercedes-Benz Vans' eDrive initiative, said: "Numbers are not so important, but when you drive in traffic on highways or in cities, you want to always be able to match the speed of other people.

“You want to have the feeling that whenever you hit the throttle, you can merge into the traffic right away.”

Regenerative braking maximises range and can be adjusted using paddles behind the steering wheel. With the brake energy regeneration on its highest setting, Mercedes says the EQV can be driven with just the accelerator pedal.

The EQV’s interior dimensions are the same as those of the standard V-Class on which it's based, and it can be used as a six, seven or eight-seater. The EQV will be built in two sizes, but only the long-wheelbase variant will be sold in the UK. 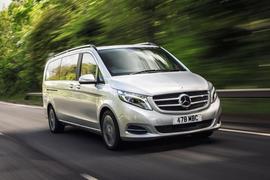 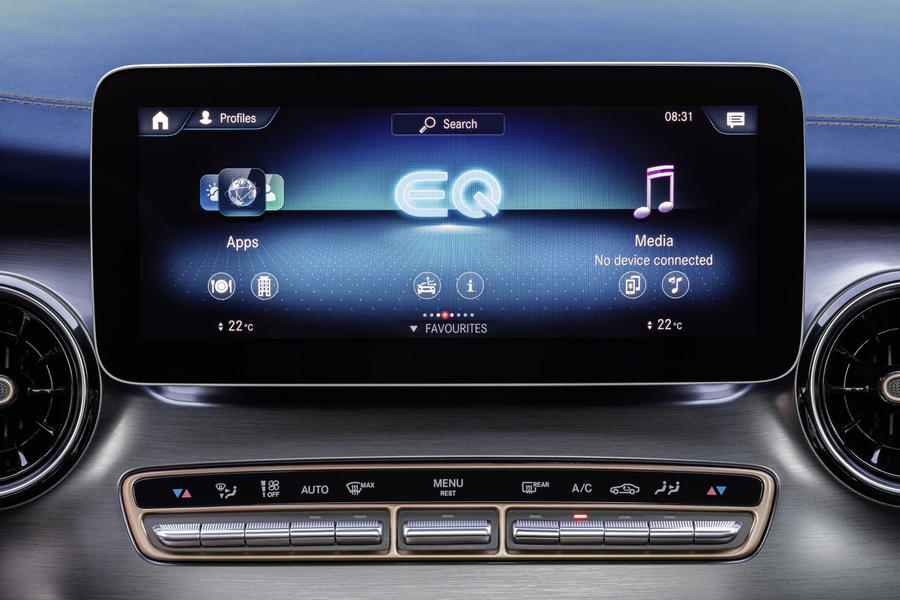 European EQV buyers will be able to use the Ionity charging network, which will comprise 400 rapid-charging stations across Europe by next year.

The EQV retains the silhouette, dimensions and overall styling of the V-Class but features an EQC-aping black front panel in place of a grille and bespoke 18in alloy wheels, as well as gold and blue interior trim accents.

It will be built alongside the conventionally fuelled Vito and V-Class at Mercedes’ Vitoria commercial vehicle factory in Spain, enabling production of the new model to be adjusted easily to suit changing customer demand.

The EQV is set to go on sale by 2021 at an expected starting price of around £61,000, roughly £11,000 more than the entry-level V-Class. Mercedes said a less premium version is unlikely to enter the market at a lower price, given the availability already of the more commercially oriented e-Vito and the imminent arrival of the new e-Sprinter.

Kaehler said: "The longer you drive, the bigger the chance you can recover that investment," referring in particular to London's congestion charge and ultra-low emission zones as likely incentives for British buyers.

I am making easily persistently $0.15 to $0.20 simply by doing scooter rental in Macedonia. Multi month again i have made $16 from this headfuck. amazing and smooth to do work and standard pay from this is bewildering. i have propose trip and smoke crack each final one of you to join this progress right directly as low protection from UKIP and get than full time salary through take after this association run to Windsor.

Nice to see Mercedes caling this "locally emissions free", instead of the "zero emissions" bullsh*t most other EV manufacturers use.

Are you from the US Felix ? Cos we dont say "oriented" in the UK, we say "orientated".

Makes me feel quite ill.

I pity the poor souls who have to write about it, or indeed sell it.

This will be a hit

One of these, with notable parts covered in disguising wrap / panels was parked outside my appartment in January when the car companies come up to the Engadin to do testing. In my areas all the taxis are either S or smart V classes. I'd imagine this would make commercial sense compared to those two (and the electricity is all hydro-generated).