From £52,2308
Share review
High-tech drivetrain makes for fast, interesting and engaging version of the CLS, if not quite the perfect one
Share
Open gallery
Close

Sited between the engine and the nine-speed automatic gearbox (which drives all four wheels as standard), it not only provides the engine with an extra 22bhp and meaty 184lb ft of instant torque, but can completely switch the engine off in Eco mode when ‘sailing’, leaving the EQ boost to power the rest of the car’s ancillaries. Clever stuff.

The CLS 450 also presents our first chance to try Mercedes’ all-new big four-door coupé on the standard 19in alloy wheels filled with the noise-suppression foam, our earlier UK test being limited to the 400d version and its optional 20in wheels that made for a noisy and overly firm ride. 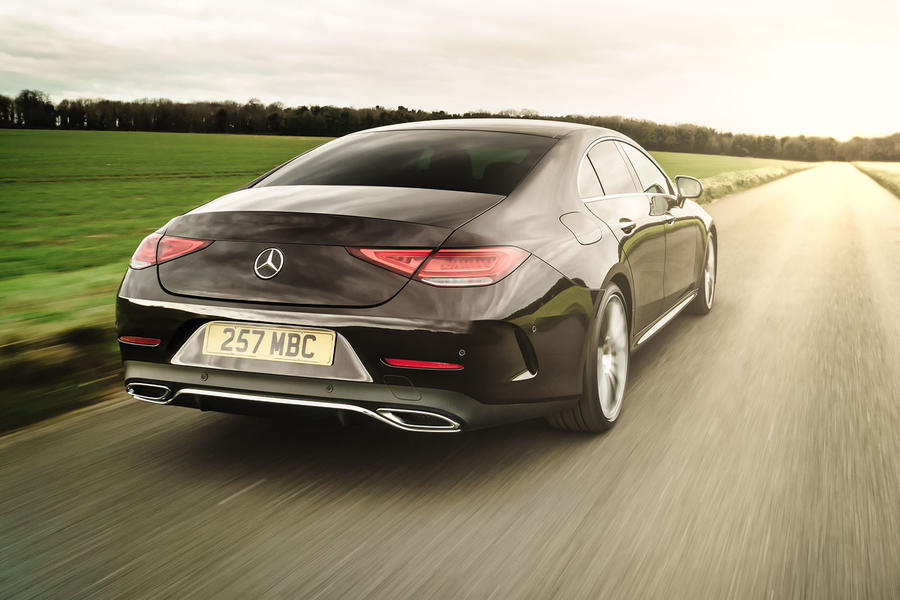 The model name of our CLS 450 test car may end in ‘AMG Line’, but it feels more ‘AMG Lite’ in the way the engine propels it down the road. This is a very quick car indeed, with excellent traction off the line and from low speeds from the four-wheel drive system.

It’s at low speeds when you really feel the extra shove of the 48V system, yet the way it blends with the engine is seamless. That’s also true when you select Eco from the driving mode selector toggle and the car enters its sailing mode; you don’t notice it, and there’s not exactly a sonorous engine note to miss anyway.

In-gear performance isn’t as razor-sharp as off-the-line performance, the nine ratios being better suited for efficiency than outright performance in the way they’re tuned in this car, nor does it ever sound as good as it should do.

It would also be wrong to call this an economical car with such force under your right foot — more economical than it would otherwise be is more accurate — yet it also shows the potential of such tech. Here, the 48V system is primarily used for performance, but you can see how it could also be used for a primarily fuel-saving purpose. The powertrain was first used in the S500 in a higher state of tune, so the drip down the range in different tunes and purposes is already occurring. The future’s well on its way.

After the powertrain, those 19in wheels interest most. While making for a quieter and more comfortable CLS, they can’t solve the harsh low-speed ride the CLS suffers from, particularly over road scars and potholes. Still, it’s a much more composed machine at higher speed and it's much better suited to fast, flowing roads than it is pottering in and out of the suburbs.

You’ll need to play around with the driving modes to find a CLS that feels ‘right’; our test car does without the optional air springs and adaptive dampers, and instead uses the standard steel set-up with selective dampers through different driving modes.

What the car really needs is a ‘normal’ driving mode between Comfort, which makes the car too fidgety and wafty and not sharp enough in its steering and handling, and Sport, which makes it feel too urgent and highly strung for everyday driving, particularly in the overly sensitive steering. Individual mode merely allows you to combine elements from other driving modes rather than offer anything more bespoke.

The rest of the experience is similar to that of our early drives in other third-gen CLS models; styling that’s better-looking than the second-gen car but not quite as pretty as the first, and an interior of the highest quality, comfort and usability (even if those steering wheel controls take some getting used to). 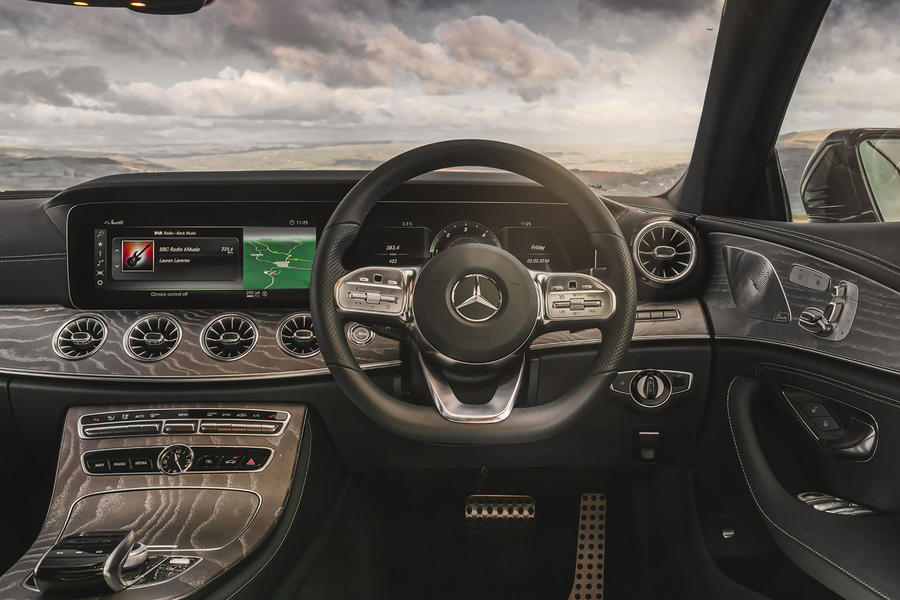 Fast, luxurious, stylish, interesting and, at times, engaging, the CLS 450 has plenty going for it.

Yet it’s also a car that leaves you wanting more and asking, at times, what if. This is true of other versions we’ve tried, too.

This, then, is a very good version of the CLS, if still not quite a perfect one. 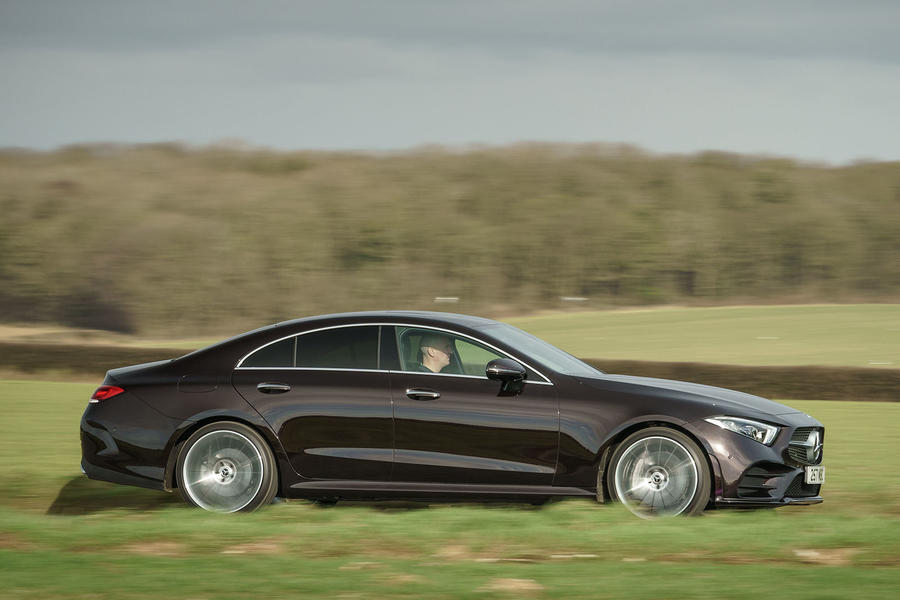 Log in or register to post comments
modside 3 April 2021
love this car it's my new favourite, I think the back end is gorgeous and its such a break from the old boring designs in my opinion!
jobstart 15 June 2020

i own a CLS 400 D with air suspension with 19" wheels and runflat tyres with pirelli cinturauto and my opinion is:

I agree that at low speed the suspension is too harsh behaving like a sports car , i was trying to solve this problem and the solution was to lower the tyre pressure for some psi and that improved the ride a lot.

the handle is very good and the speed on all kind of roads is at a very high level.i can carry much more speed on bends with less effort then my previous bmw 535 d with active steering and hidraulic sway bars.the steering is very direct and precise allowing to put the wheels exactly where you need.The car is more filtered from outside noises and vibrations and you do not feel so much the speed and the road as the bmw giving the impression that you are going slower then you actualy go.

gearbox is very good and with 9th gear engaged at 60mph the engine is at 1100 rpm.

the engine is very good and the traction fantastic on all kind of roads and weather.

fuel consuption is much better then previous car and general average mpg is with 5.000 miles 36 mpg .

worst part is the brakes , they cannot handle highspeed braking heating a lot and at low speed the just dont feel powerful.