BACK TO ALL NEWS
Currently reading: Analysis: electric car charging is still hit and miss
UP NEXT
First drive: 2021 Vauxhall Astra prototype review

The axiom that new technology is created to make our lives easier seems to have been ignored when establishing the UK’s electric vehicle charging network. The patchwork of dozens of different operators, each with its own payment system, has long bamboozled the ever-growing number of EV and PHEV drivers.

But that’s now changing. In July 2019, the government stepped in to say that it wanted all “newly installed rapid or higher powered charge points” to accept card payment by spring 2020. The goal was to offer a single payment method “without needing smartphone apps or membership cards”.

The Competitions and Markets Authority (CMA) said it was looking into EV charging to address any competition issues and “ensure the sector works well for people now and in the future”. The statement that chimed most with us at Autocar was this, from CMA boss Andrea Coscelli: “Being able to easily stop off at a petrol station is a standard part of a journey and consumers must trust that electric charge points will provide a similarly straightforward service.”

We wanted to understand how far off we were from that. So without subscribing or, if possible, downloading any app, we set off to try charging a Volkswagen ID 3 at locations run by six of the UK’s best-known charger operators. We centred on Milton Keynes, as it was recently revealed to be one of the best-served towns, at 23 chargers per EV, according to data checked against charger app Zap-Map’s locator.

Our results were hugely varied. One good experience with a possibly newly installed charger offering effortless card payment doesn’t necessarily mean that the company’s whole network is great, and the reverse is also true. However, it gives a snapshot of what a first-time EV user could face when charging away from home.

We discovered that it’s still a gamble and will continue to be until contactless payment is widely available and we have easy access to up-to-date, reliable information showing us whether or not the charger is working and available, plus exactly where it’s located. 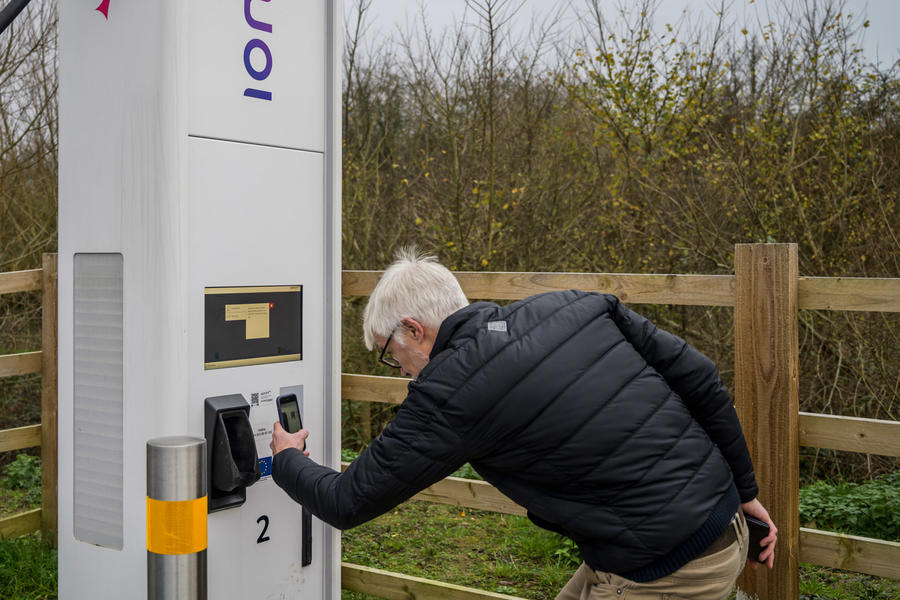 Ionity is backed by a number of manufacturers, including Ford and Volkswagen, and is targeting its ultra-rapid chargers along motorway routes, like this one, not far from junction 14 of the M1. Ionity claims only 10-20% of users aren’t a member of some scheme. ID 3 owners, for example, can cut the very steep price of 69p per kWh to 25p by subscribing to Volkswagen’s We Charge Plus for £14 per month.

Disastrously. To start with, the pay-as-you-go process is difficult. Ionity wants you to scan a code with your phone, log into a website, input your card number and then start charging. The first charger had a problem, however, showing ‘charging error, communication problem’ on the screen. It wasn’t shown as inoperative initially, and neither was the second one I tried, but that too showed the same error after going through the payment process. The third was out of order, so I didn’t bother with the fourth. Yet upon returning home, I found that Ionity had pre-authorised a £67 charge on my card for each attempt. No money left my account, but that was £134 that I couldn’t use for several days. Ionity told me it was currently “unable to disable” this verification process but that it will launch a new app and payment process this year that eliminates those charges. 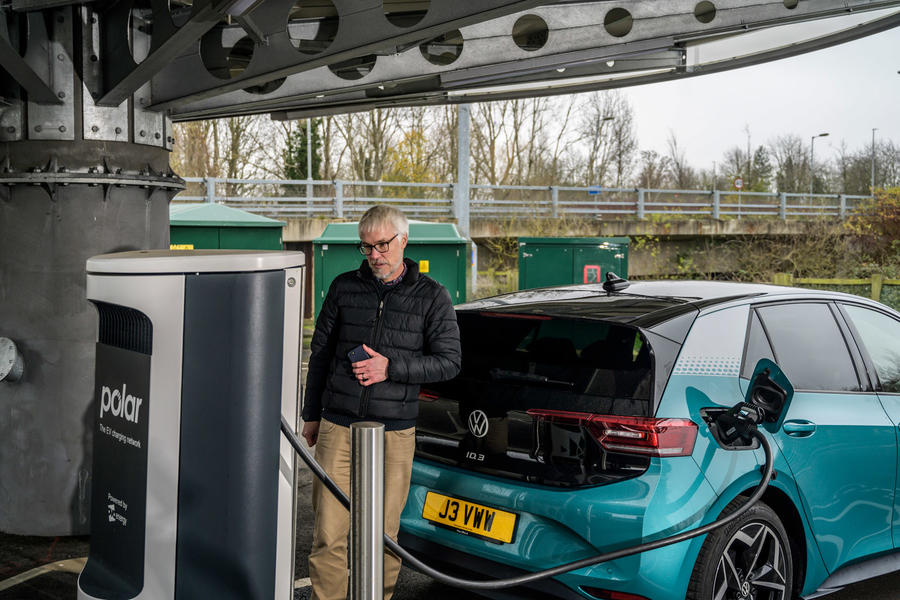 BP Pulse is the new name for both BP Chargemaster and its Polar brand. Users can either download the BP Pulse app and preload it with money, pay via a subscription service costing £7.85 per month or – what we’re interested in – use contactless payment on all the company’s 150kW rapid chargers or newer versions of its 50kW chargers. The site I chose was opened last year with a range of connection options. If I were a subscriber, I would have halved the price of my 50kW charge to 15p per kWh.

Extremely well. Because this is a new site, I could pay using contactless, so I chose the option to charge as a guest. I was informed that there was a minimum £1.50 charge and that my account would be pre-authorised for £15. I tapped my card on the RFID reader twice and tapped to end it. My account was charged £1.59. Pretty much how it should be. 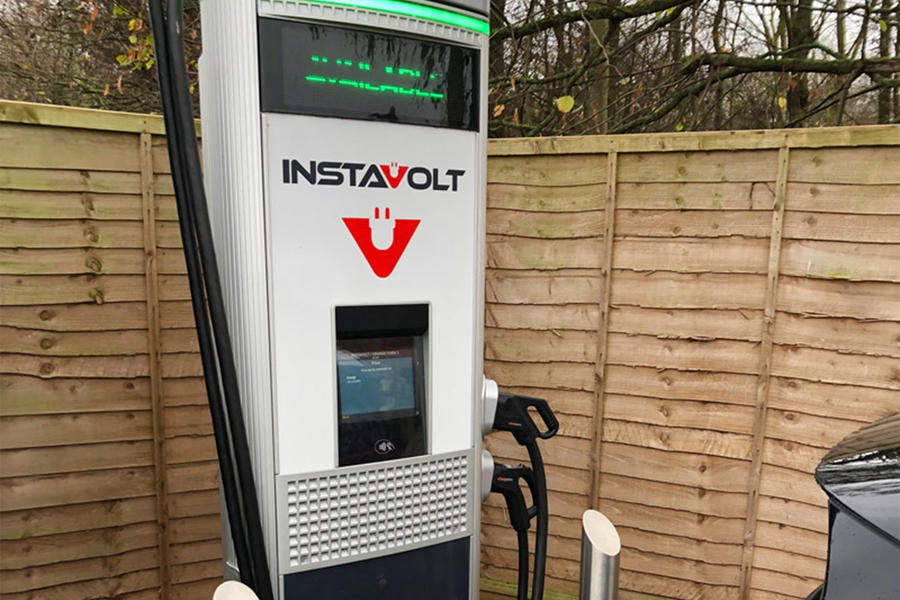 I had high hopes for Instavolt because it markets itself as a purely pay-as-you-go service. “No subscription, membership, RFID card or app required,” it says. Instead, all you do is tap your card and start charging. This was one of a pair of devices round the back of a petrol station, which meant access to the shop for snacks.

Textbook. A big sign tells you what to do, repeated on the screen: “Tap payment card, plug in, tap payment card to finish.” So we did just that. The modern screen showed us the ID 3’s battery status, price, how many miles’ worth of juice were added and the charging rate (34.4kW). After we had finished, a receipt appeared on the screen.

Of all the chargers, this provided the closest to a petrol station experience (helped by it actually being located in one). 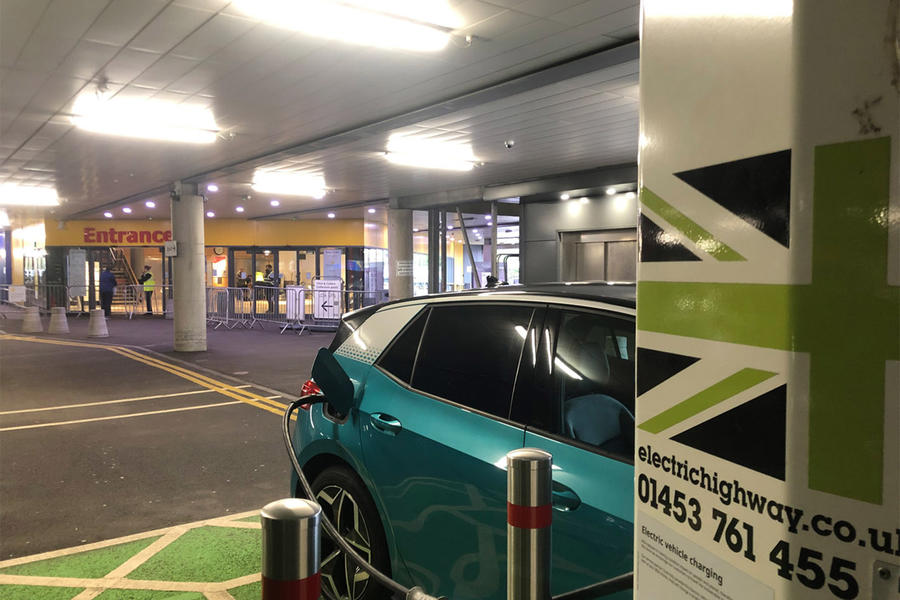 Ecotricity is best known for its Electric Highway network, which covers most motorway service stations (as well as its chargers’ generally poor reliability), but it has other locations, including this one at an Ikea. It says that its rapid chargers are accessed via a smartphone app, so I wasn’t expecting the process to be quick…

The location of the charger was excellent – right near the Ikea front door – and brilliantly signposted. Little else went well, however. We had to download the Ecotricity app, input a vast number of details (including the car’s registration plate; why?) and then create a profile and a password.

We then verified it by email and plugged in the car. After that, it got confusing. It was charging, but the ID 3 flagged up a message saying “only emergency charging is currently possible”, so we unplugged. Ecotricity didn’t take any money, thankfully. 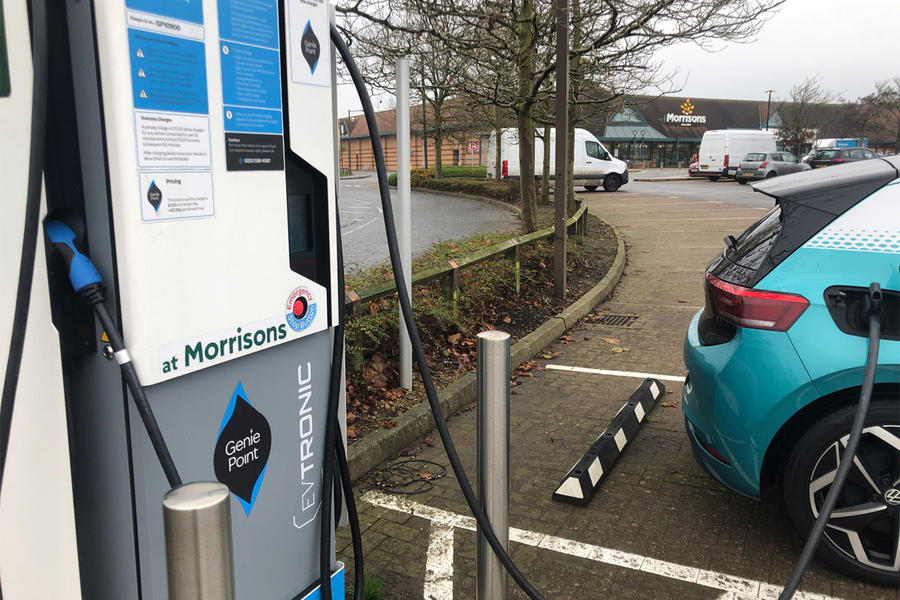 Geniepoint, part of Engie EV, markets itself as a pay-as-you-go service and has partnered with Morrisons, claiming to have around 100 50kW chargers installed at its supermarkets. This is a great idea, although the postcode was useless for finding the chargers in the huge car park; a switch to What3Words (which narrows the location to within three metres) would definitely help, assuming your car’s sat-nav also supports this.

Badly. Geniepoint suggests you just tap your card, but first you must register the card on its website. So I put in all my details, including my car’s registration (again, why?), then paid £10 to preload my account. Oh, and your account automatically tops up when it falls below £10, so after the first second, you’re down £20. I was unable to verify my account after a painful few minutes so gave up. Geniepoint couldn’t be reached for a statement. 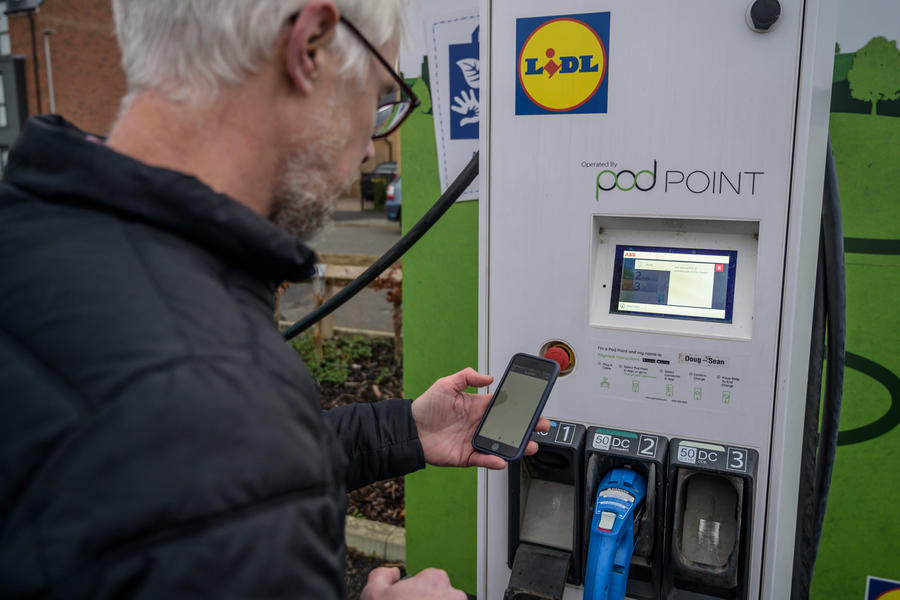 Pod Point offers four ways of accessing its chargers, including via an app, a special RFID-enabled card or contactless payment – the latter only on rapid chargers. It points out that offering secure card readers makes chargers pricier, so it prefers to keep its options open.

The slightly faster CCS charger at this brand-new Lidl was occupied by a new Jaguar I-Pace, whose owner was not only charging away from home from the first time but also visiting his first Lidl. Electric cars certainly expand your horizons…

His home charger was also provided by Pod Point, making this an easier option for him in terms of payment, because he already had the app. I had to download the app, but this was a far less painful process than for Geniepoint and Ecotricity. I preloaded my account with £5 and plugged in. It worked well, but I’d have preferred simple contactless payment.

hi......thanks for sharing that information.

I suspect the main reason why you found EV charging so hit and miss is because we are in the U.K. let's face it we struggle to get a public toilet to flush or fill pot holes so high tech EV charging infrastructure is bound to be a complete and utter disaster. Bet it's fine in Germany