BACK TO ALL NEWS
Currently reading: Under the skin: two reasons why EV charging times are set to plummet
UP NEXT
Southern comfort: Bentley Continental on the English Riviera

EV charging times are likely to tumble soon and industry sources predict that in five years it should be possible to ultra-rapid-charge even a high-capacity EV battery en route in under 10 minutes.

But this will be a story of two parts, the first being the introduction of high-power charging and the second improvements to the way batteries are designed (rather than any new miracle chemistry).

Most EVs today are equipped with 400V electrical systems, which are rated by the industry as high-voltage systems. Electrical power is measured in watts and the power in watts is worked out by multiplying the voltage by the current in amperes.

To increase the power in watts that an EV system can deliver, or the charge it can accept, either the voltage or the current (amperage) needs to be increased. The problem with using a higher current is that it requires bigger, heavier cables with thicker insulation and it generates more heat, so the alternative is to increase the voltage instead, hence the introduction of 800V electrical architecture by Porsche. Increasing the system’s power allows both higher performance and faster charging.

According to Porsche, taking a Taycan battery from 5% to 80% charge at one of the new Ionity chargers takes a tad over 20 minutes. Even then, the Porsche isn’t using the full capacity of the charger, drawing power at a peak of 270kW. But charge speed isn’t just about charger power: it’s also governed by how fast the battery cells can accept charge, and that’s the other part of the story. The best is yet to come as battery design catches up with EV electrical and charging systems.

The logic behind charging at such a high rate is to achieve some parity with conventionally fuelled cars in highway driving over distances, so 800V technology is about convenience as well as performance.

A conventional car may be stopping for a splash and dash, but Porsche estimates the EV making two much lengthier refuelling stops will take around 45% longer, compared with around 10% longer at close to 350kW. Put another way, an EV with a large battery capacity charging at close to 350kW and 800V could take on enough charge to cover 125 miles in a mere eight minutes.

Ionity was set up by a group of major car makers so it’s fair to assume 800V systems will eventually appear in EVs further down the food chain than the Taycan. When that happens, the difference in ‘refuelling’ times between a family EV and a conventional car could become insignificant.

Change is good - in a 'Vette 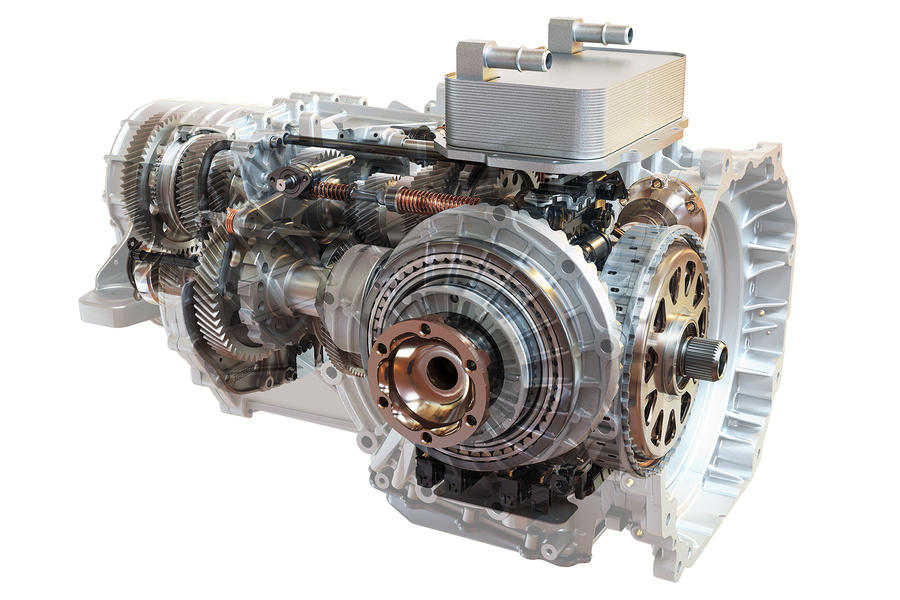 General Motors’ sell-out 2020 Corvette Stingray is equipped with an eight-speed Tremec dual-clutch transmission designed especially for the job. The gearbox has a low first gear for quick getaways, gears two to six are close ratio and seven and eight are taller for cruising. Algorithms in the 32-bit controller adapt to the driver’s style.

Used EV guide: how to buy a second-hand electric car

Aside from the inaccuracies (thicker insulation required for higher voltage, not higher currents), lack of mention for Tesla model 3 is striking.

It's capable of charging faster than the Porsche (miles added per minute), has a much better charging network, and crucially is affordable to many more people today - never mind in 5 years time.

But hey, don't let the facts get in the way of a great advert.

You are right of course about

You are right of course about this rags ignorance and deliberate position of ignoring anything Tesla. Its pathetic really that the company that started this whole catalyst of changing the world automotive world is given such short credit because it doesnt advertise unlike the JLR and german marques. Laughable really but thats autoprat

This article highlights one

This article highlights one of the biggest issues with EVs. The technology just is not there yet, nor stable enough. If the cars are really going to be MUCH better in as little as 5 years wouldnt it be madness to get one now? (unless its a company car and you just want to avoid some tax?).

And why is there a sentance about the C8 Corvette's gearbox at the end? Surely if its worth writing about, its worth more detail than that, and hidden at the end of an EV article? Very odd

This article highlights one of the biggest issues with EVs. The technology just is not there yet, nor stable enough. .....

So all Model 3s, LEAF, I-Paces, Zoe's etc around the World are unstable. Luddite

Charging batteries like this will knacker the cells quite quickly and as far as I know these batteries are exactly the same 18650 cells used in laptops and torches etc and the "laptop community" are not making a claim that you can charge a laptop to 80% in 2 minutes or some other ridiculous time. This is pie-in-the-sky marketing hype for the technically unaware.