"Can I be geeky and take a closer look?” asks a man charging his Nissan Leaf, no sooner than I’ve plugged the VW ID 3 into an Instavolt charger in Banbury. Why of course you can, sir, although one question: as an electric vehicle convert, driving the world’s most populous EV, does the arrival of the new ID 3 still feel like a significant moment? “Absolutely.”

Interesting. You can already buy an electric vehicle that does everything an ID 3 does. You’ve even been able to buy an electric Volkswagen before now. But, somehow, the ID 3, in the UK here in ‘1st Edition’ trim, still feels like a waypoint on the road.

It sits, as you’ll doubtless know, on Volkswagen’s MEB electric architecture, so although, at 4.3m, it’s about the length of a Volkswagen Golf, it has a longer wheelbase and, it’s claimed, much more interior space.

The battery (this one is the mid-range 58kWh unit with a WLTP range of 260 miles and a 100kW charge capacity) sits beneath the floor, with the motor (at 201bhp, the higher powered of two offerings) at the back axle. The ID 3 is rear motored and rear-wheel drive, like the original Beetle but, alas, because there’s an inverter and lord knows what else in the front, it doesn’t have a frunk.

Instead, the boot has a high load lip and the rear seats split and fold, revealing that this 1.6m-tall car is a practical hatchback, with plentiful head room front and rear. Cabin fitment is good but material choice is pretty scratchy in places, including the door tops. Not such a biggie further down the range, one suspects, but the UK price for a 1st Edition with the middling battery is £35,215 (after the government grant).

Someone will be along shortly to argue that overall ownership costs are no more than a lower-priced internally combusted car, which is true if you get your electricity cheaply enough, but if you always have to refill on the road, probably isn’t. 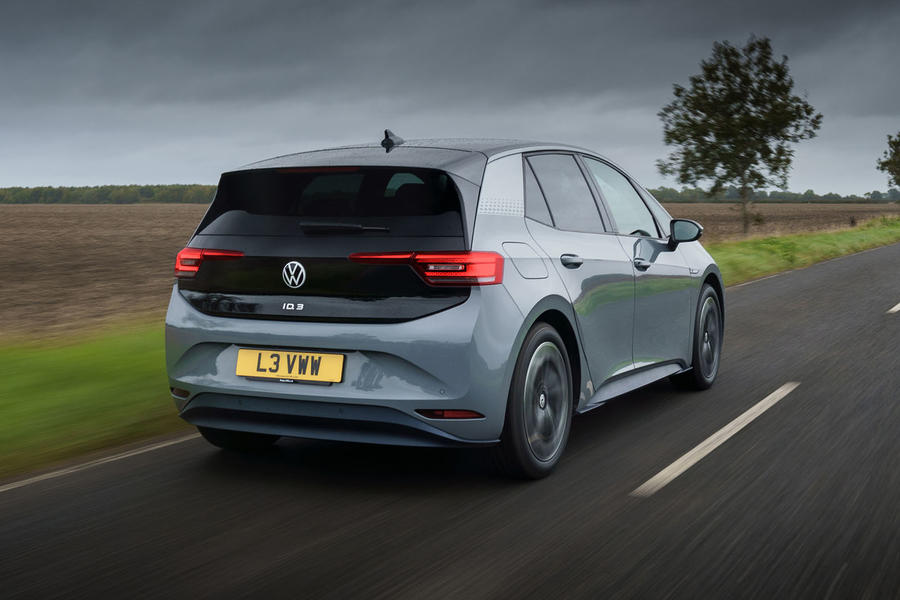 There aren’t many buttons inside. VW has promoted/relegated everything it can to a touchscreen, save for light switches, steering wheel shortcuts or voice control, plus iffy temperature buttons and a couple of menu selectors.

This approach works at both cleaning up an interior and worsening its functionality, making adjusting the temperature harder than I’ve known in a Volkswagen bar my own 1973 Beetle. Perhaps that was the inspiration. You can verbally whinge to the car that you’re cold, but then I feel like a child asking their dad to turn the heating on in September.

The driving position, and much of the driving experience, is pure Volkswagen – and perhaps that’s where the impression that this is an EV ‘moment’ comes from. It’s an interestingly designed car and not too ‘weird’. The stalks are VW, the instrument pack plain and clear, steering smooth and linear if perhaps short on self centring, and the driving experience as seamless and quiet as an EV gets; the sort of thing that makes them really agreeable to scooch along in smoothly. It doesn’t feel its 1794kg.

I’d want a back-to-back test with a rival to assess rolling comfort (one is on the way, handily), but it seemed fine to me, even on 19in rims. It’s not a driver’s car in the traditional sense, like a Ford Focus is, but there’s a different driving pleasure to be had. I’d rather the level of lift-off energy regeneration was variable by wheel paddle, as on an Audi E-tron, rather than a reach to the gear stalk.

And the way control for the default-on, needlessly niggardly lane keep assist is buried three touchscreen switches away is absurd, unnecessary and infuriating – but that’s a VW complaint rather than an ID 3-specific one. (Upcoming rules merely say it can’t be “a momentary single push on a button”.) 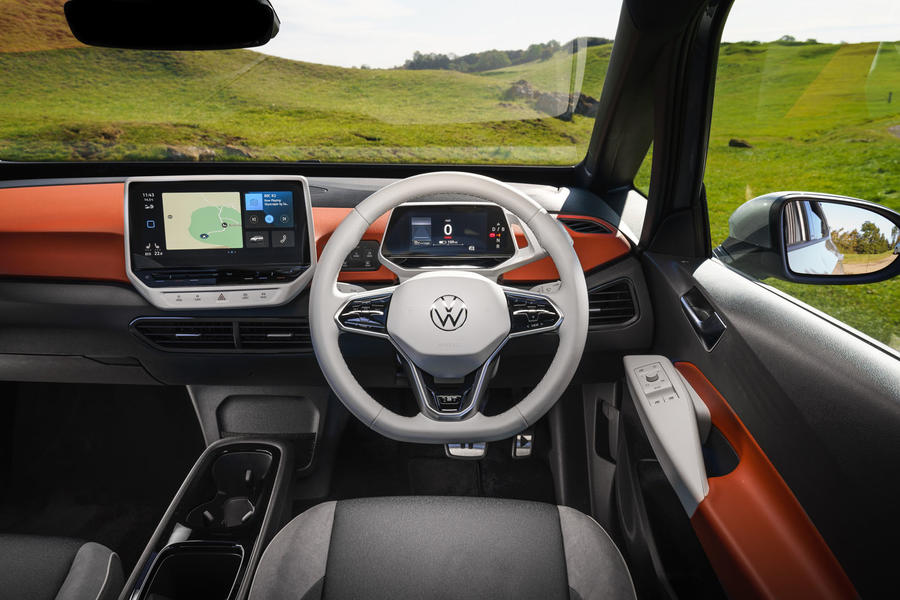 But it’s a good car, the ID 3, and an enjoyable one and a competitive one. Whether it’s as game-changing as the attention it attracts is another matter: our man might be better sticking with his Leaf. I’ll let you know in a week or two. 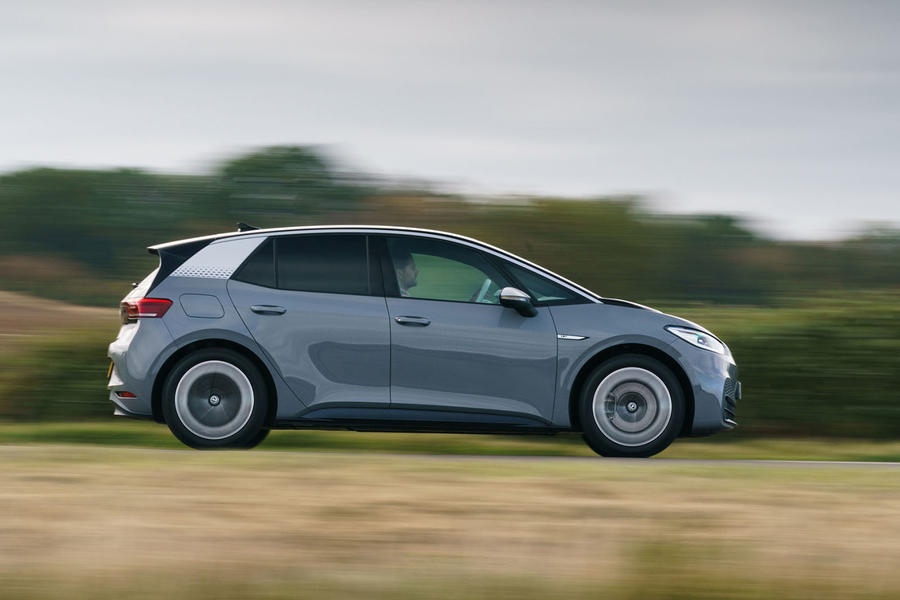 Having watched a review on C ar Wow, I would not touch it at all.  The lane assist, ACC packed up halfway through the first day.  They only came back on the morning after.

The electric windows are a solution to a problem no one knew existed.  Two up/down buttons.  But a 3rd button to switch between front and rear windows.  Why???  Just install 4 as per normal.

They calculated they got about 220 miles out of the mid range battery.

Not even a Velvet Revolution.

From everything I've read, this is a catch up car. It doesn't appear roto do anything that the vompetition couldn't already do, doesn't cost any less to buy or (presumably) run, doesn't have any better range. personally, I really dislike the interior of this - largely for the removal of usable buttons. I dislike the ama 8 Golf for the same reason and (having owned 5 Golfs previously) won't be buying a 6th. I can't help thinking a Kia eNiro is a better bet.

We also need a massive increase in charger installations if electric cars are to take off.

I apologise for my appalling

I apologise for my appalling typing errors

So- can anyone explain to me why we were told that the 1st editions of the ID3 were all sold out and yet I am able to go into several showrooms and the salesman has vehicles in there for me to buy?

So- can anyone explain to me why we were told that the 1st editions of the ID3 were all sold out and yet I am able to go into several showrooms and the salesman has vehicles in there for me to buy?