BACK TO ALL NEWS
Currently reading: Omissions scandal: the cars we think should exist
UP NEXT
New 2022 Porsche Cayenne to bring design overhaul

Omissions scandal: the cars we think should exist

For years, enthusiasts have craved a BMW M3 Touring, for the simple reason that it just makes so much sense. With the hot estate market spawning a host of cult classics, it was always mystifying why the Munich firm had never produced a big-booted version of its sporting 3 Series. Thankfully, it will put that right in 2022.

But the M3 Touring (previewed below) is far from the only car that we can’t believe doesn’t exist. Here we nominate those we most want to see. 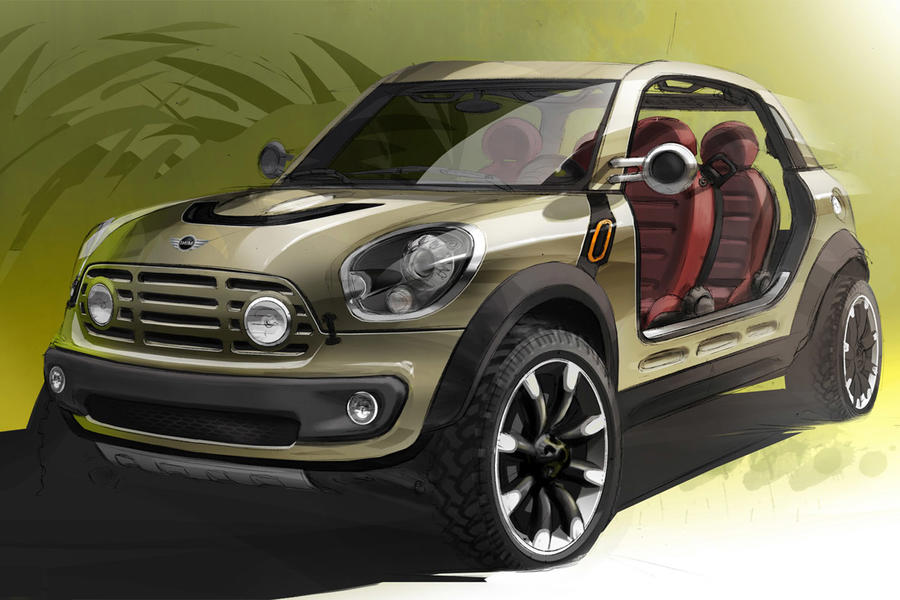 Mini came close to the idea of a new Moke with the 2010 Beachcomber concept, but that was probably more a preview of the Countryman SUV’s styling. Or maybe it just didn’t get the coverage or the willing reception that Mini had hoped for, and that’s why the idea of a modern-day Moke still hasn’t been revisited.

In these SUV-obsessed times, can you believe it? BMW has plundered pretty much every other niche while seeking to expand the reach of Mini over the past 20 years yet hasn’t explored that with the most potential to conjure real affection for the brand.

It would have to be small, so based on the three-door hatchback. It should be kept lightweight and simple, with four-wheel drive probably surplus to requirements. And it would absolutely need a cabin that could be opened to the elements down to floor level, as well as ever-so-chunky sills, with plenty of Mini styling sparkle to complete the picture. Matt Saunders 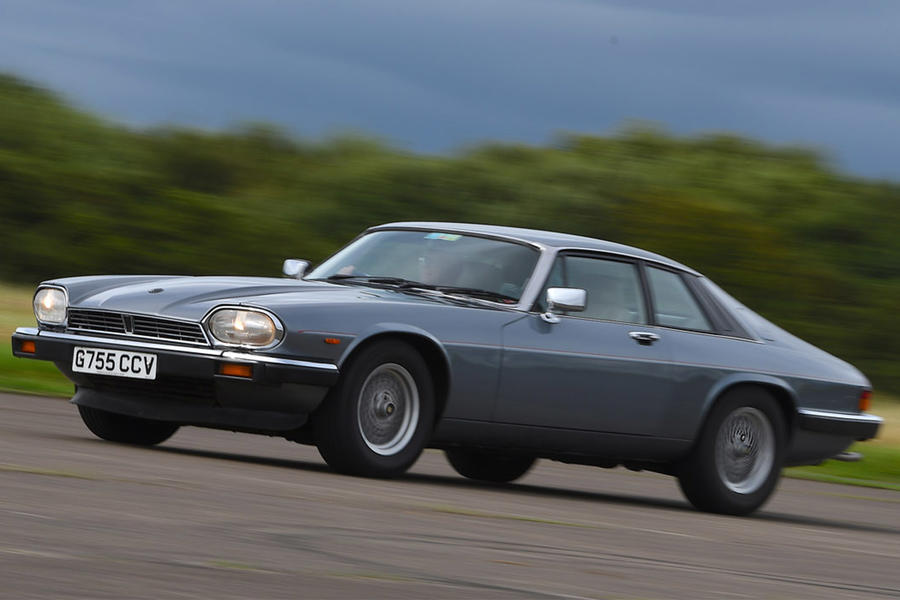 We’ve seen prototypes of the new electric Jaguar XJ, and it looks every bit the swooping, imposing luxury limousine it always has done. If that car’s platform were to be shortened to accommodate a similarly styled two-door, as with the original XJS, Jaguar could be first to the punch with an electric grand tourer. We can’t pretend that we won’t miss the original XJS’s creamy V12, but we could probably be distracted if Jaguar revived its flying rear buttresses and mile-long bonnet. Plus, an ICE version could use JLR’s new Ingenium straight six with 395bhp. Felix Page 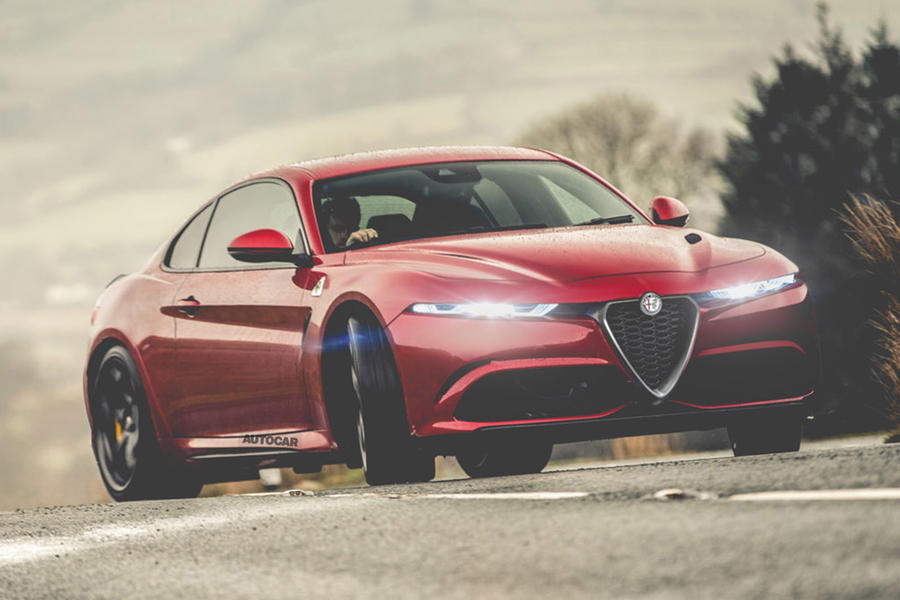 “This is a complete renaissance for Alfa,” said then boss Harald Wester when the Giulia was revealed at the 2015 Frankfurt motor show. This incredibly attractive, sporty, rear-wheel-drive saloon was meant to beat the “cold and clinical” German premium cars. Could it finally revitalise the brand that all petrolheads love? Its delayed launch certainly didn’t help. And while the Giulia did prove very desirable and impressive on the road, Alfa never took the impetus and capitalised on its newly developed Giorgio platform beyond the Stelvio SUV that arrived a year later. An estate Giulia was tipped to arrive; if you look at the BMW 3 Series, you can see that this could have boosted sales massively. Plans were then uncovered for a GTV hybrid performance coupé, but that was canned shortly after. Eight new Alfa models were promised to launch by 2018 as part of a major investment: it’s now late 2020 and we’ve seen just two. Kris Culmer 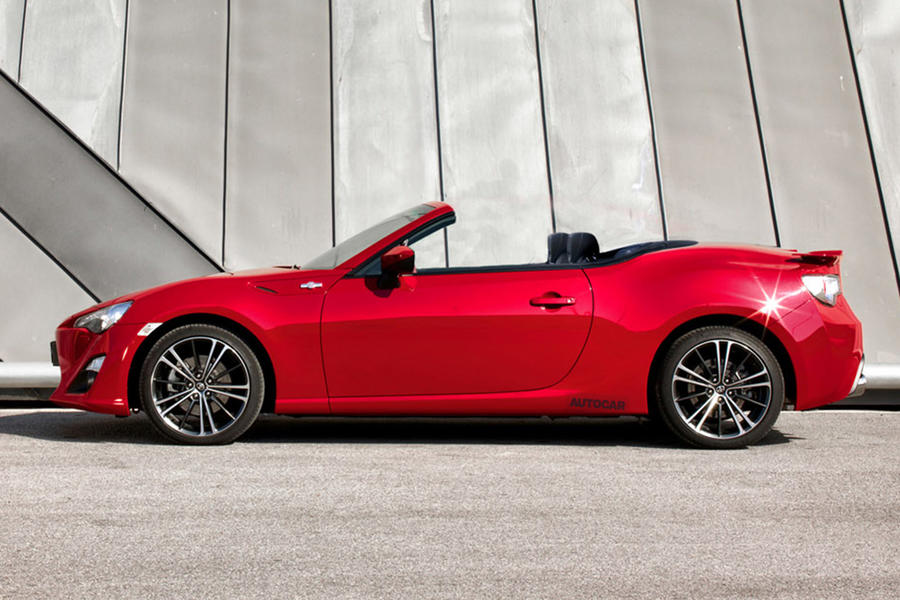 The list of affordable open-roof sports cars currently stands at one. But would the Mazda MX-5’s dominance have continued if Toyota had chopped the roof off the GT86? The rear-driven 2+2 has been a favourite of ours since its introduction in 2012, but it has only ever been sold as a hard-top. Toyota teased us with the FT-86 Open concept in 2013, but sadly it never made production. With a new ’86 coming, surely it’s time to correct that misstep. But instead of a folding fabric roof, which would eat into the already-small boot, why not go for twin detachable roof panels, à la the MR-2 T-Bar of yesteryear? Tom Morgan 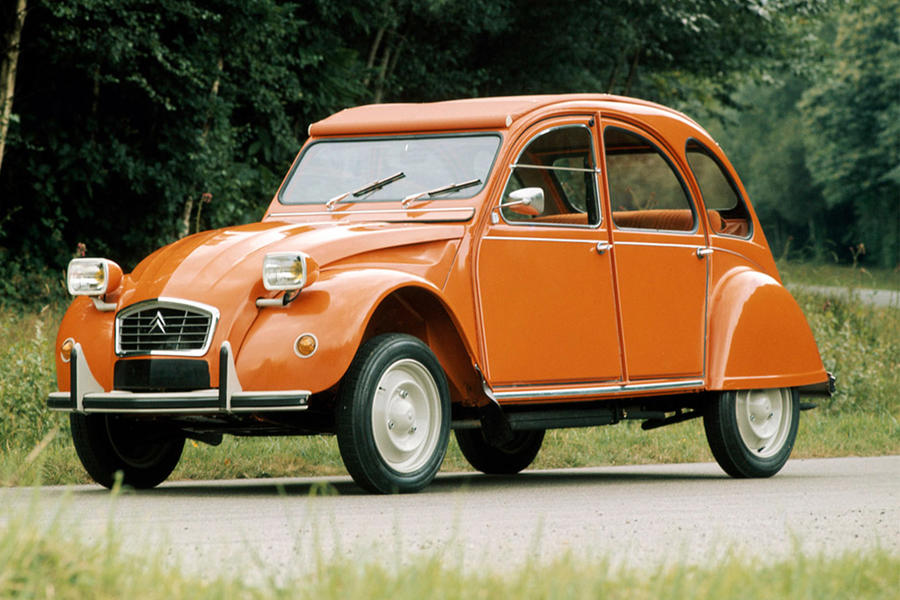 Fiat reinvented the 500, Mini reinvented the Mini; isn’t it about time that Citroën remastered its greatest hit? Twenty years ago, it would have done it in full pastiche style to create a 500/Mini-esque retro model that was way more upmarket than the original. Today, though, treading lightly is back in style, so a curved exterior, a minimalist interior, a small tyre footprint, a loping ride and silent electric propulsion would make a 2CV the ideal second car for the Honda E generation. Matt Prior 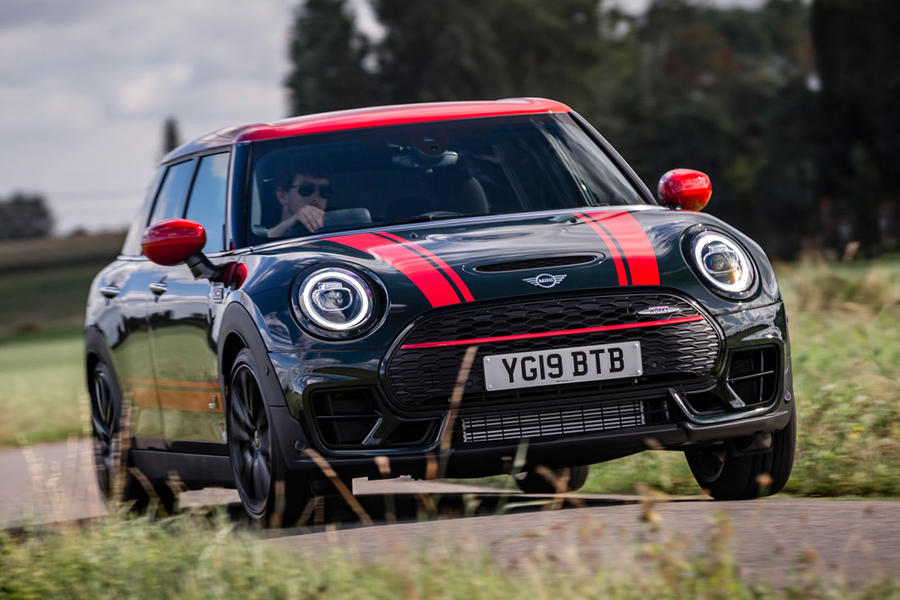 Mini has a knack of making models just slightly off-centre in their style and positioning to stop them having massmarket appeal. Perhaps that’s deliberate, if a bit obtuse. But what if Mini really went for the mainstream, with a hatchback to take on the Golf? The gap between the 5dr and Countryman is a vast one, and one the Clubman doesn’t comfortably fill, given its estate body and idiosyncrasies. The Golf rival could introduce a more mature look, while the BMW 1 Series already exists as the ideal basis. It could even be made into a saloon for China and North America to please the bean-counters. Mark Tisshaw 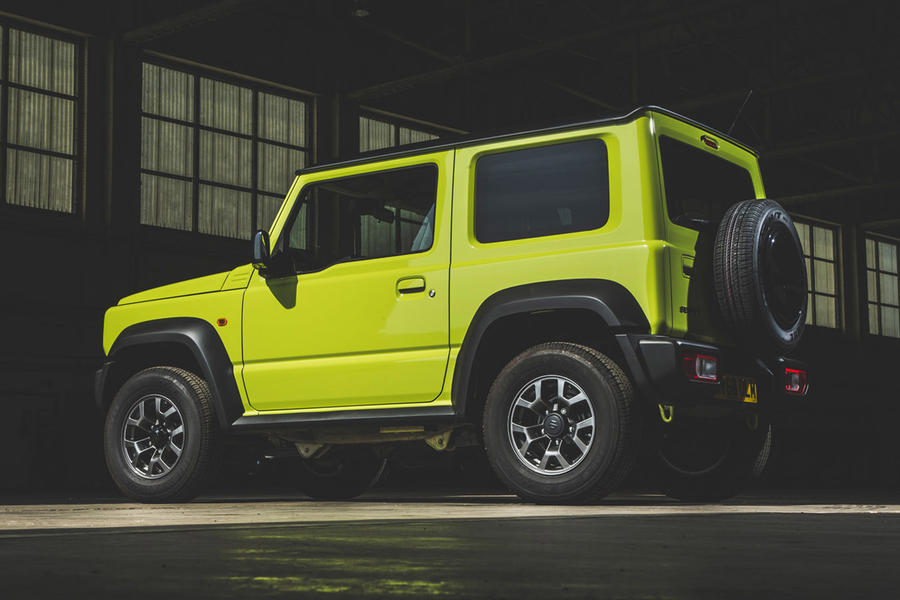 Beneath its wonderfully retro exterior, the Suzuki Jimny is a true 4x4, with a ladder-frame chassis, low-range transfer gearing and rigid-axle suspension. If you’re in the market for an incredibly capable, city car-sized off-roader, there’s no better choice. Thing is, there’s not much demand for such cars. And the inherent on-road compromises caused by its off-road prowess – an unrefined engine, floaty steering and a wobbly, bumpy ride – limit its appeal elsewhere. Which is a shame, because just look at it. It’s a miniature G-Class masterclass that oozes charm. Strip out the 4x4 gear and fit Suzuki’s frugal mild-hybrid Boosterjet engine and it would be an ideal city car. Sacrilege, maybe, but this could also help the business case of the regular Jimny. James Attwood 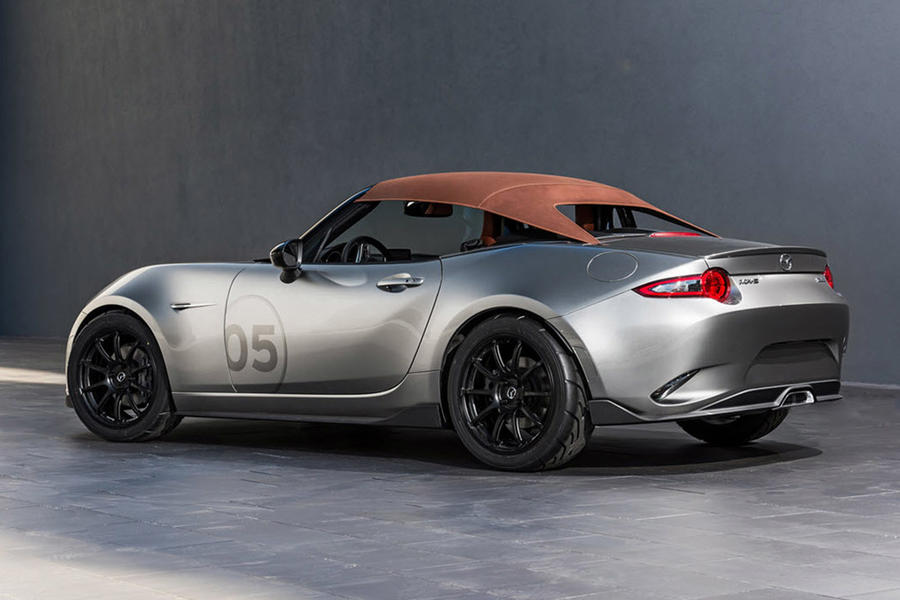 Mazda long ago nailed the MX-5 formula, aided by two seats, a longitudinal engine and a sweet transmission. So what if (and I’m almost whispering it for the purists) Mazda could keep all that joy but add some more noteworthy numbers? The latest 2.0-litre MX-5 delivers 182bhp and has a 0-62mph time of 6.5sec. It’s far from sluggish, but is there even more fun to be had in a Golf R-matching sub-5.0sec model? Tuners have attempted it – look at the BBR GTi MX-5 – but I’ve no doubt Mazda could crack it. Rachel Burgess 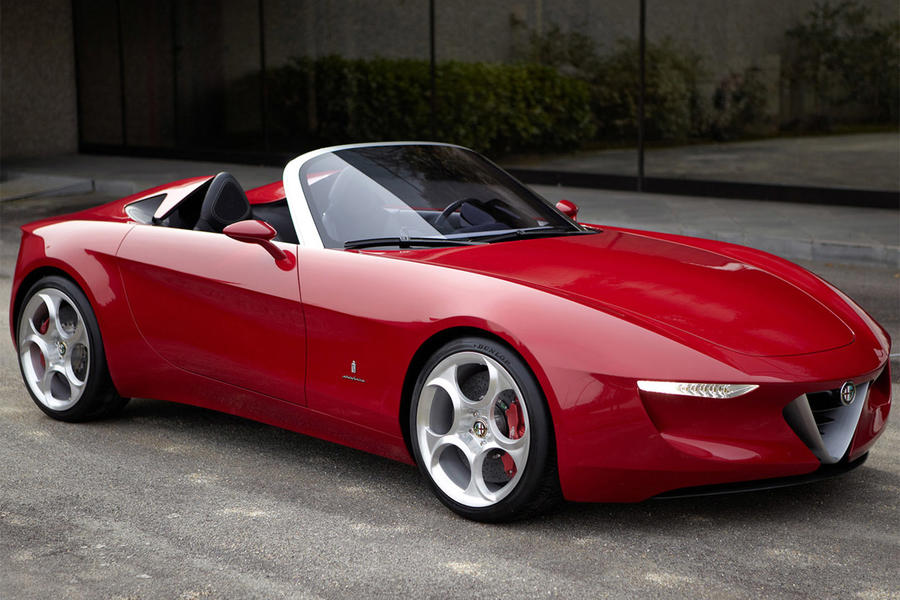 As brilliant as the Mazda MX-5 undoubtedly is, it would benefit from having a few rivals. Why couldn’t a new Alfa Romeo Spider be that car? The idea has been floating around for some time, but the closest we’ve come to having an Italian sports car with a convertible roof, rear-wheel drive and an affordable price was the Fiat 124 Spider, which was based on the MX-5. Fiat and Alfa Romeo are both part of FCA; surely there’s some scope there for the Italians to have another stab at the formula? Simon Davis 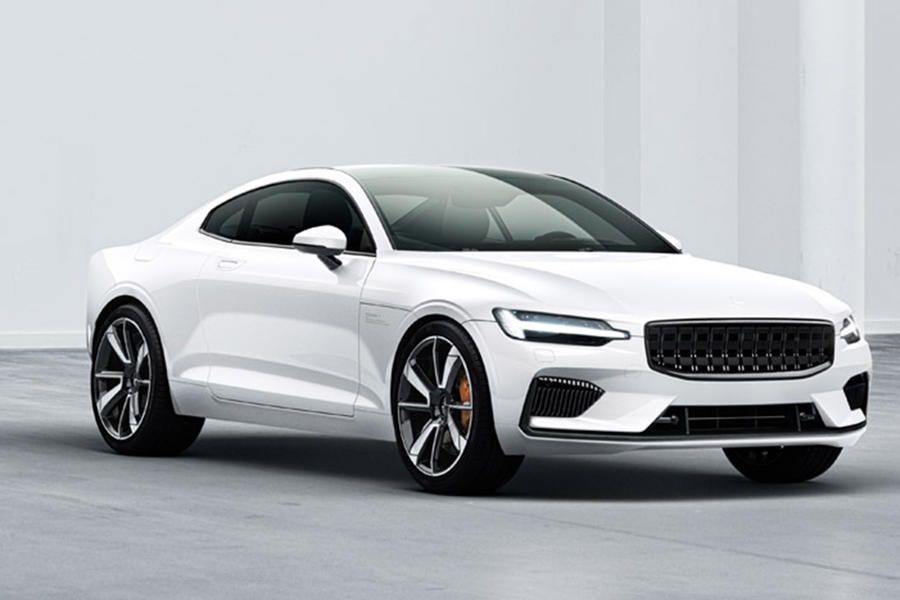 The Polestar 1 makes me feel sad. Not sad that it exists, but sad that such a brilliant exterior design couldn’t find mass-market appeal in the hands of Volvo as an unlimited-production model without a six-figure price. The Swedes will say premium coupés are a dwindling market and the investment required wouldn’t pay off. But the Germans have had so much success with saloons turned into coupés. So come on, Volvo. Take the S60, widen its track, shorten its wheelbase and fettle its chassis, give it a 1-inspired design and revive the C70. Lawrence Allan

Upgraded Mini Moke to go on sale in the UK

Ha, ha the thought that any

Ha, ha the thought that any BMW Mini would be "small . . . lightweight" or "simple" made me laugh - a nice thought but sadly highly unlikely, BMW Mini are large, overweight and, well lets face it, anything but Mini.

BMW Mini are large, overweight and, well lets face it, anything but Mini.

didn't they just take the line from 2015 Alfa and apply that to 2020 post MC 20 reveal Maserati? I feel like Alfa promised all these cars and now Maserati is doing the same.
russ13b 27 September 2020

made using bonded auminium and sheet moulding compound (remember the bx and ax plastic panels?), complying with the quadricycle regulations as microcars do, and about 40bhp. The world needs a car like that, but nobody will build it