BACK TO ALL NEWS
Currently reading: Upgraded Mini Moke to go on sale in the UK
UP NEXT
New Renault 5 to be built in same French factory as original

Upgraded Mini Moke to go on sale in the UK

The Mini Moke is returning to the UK market 56 years after it first hit the road.

Moke International, the British company that owns the Moke trademark and is the sole global supplier of the recreational vehicle, has outlined first details of a highly limited model destined for the UK, priced at around £20,000 before taxes and delivery costs.

With just 56 examples set to be built for Britain, the new Moke shares much of its chassis design with the original Austin Mini-based vehicle but features uprated suspension, a new 66bhp 1.1-litre four-cylinder engine, improved brakes and the option of a manual or automatic gearbox.

Fitted with the four-speed auto, a top speed of 68mph and fuel economy of 34mpg is promised. It meets only Euro 4 emissions standards, however, because low-volume vehicles of this type don’t need to meet the same requirements as mass-produced models. 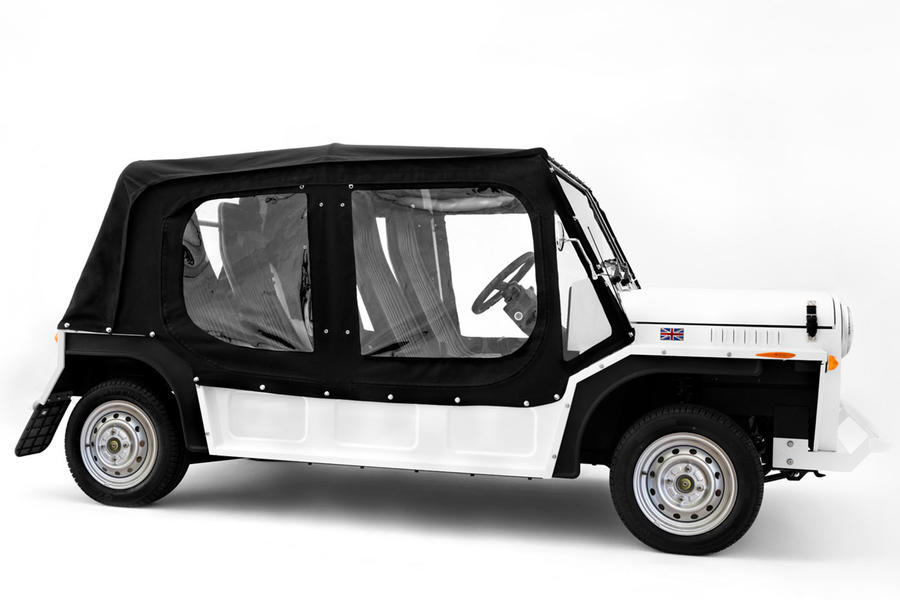 Moke’s new creation is also slightly larger than the original to increase passenger space - though no dimensions are given. What's more, features such as power steering and a heated windscreen are fitted as standard, unlike on the original.

Fourteen paint colours are offered, while a special Moke56 model gets chrome detailing and a numbered plaque.

Moke has been established since acquiring the trademark for the car in 2015. It’s run by Isobel Dando, formerly of BMW and Jaguar Land Rover. Cars are engineered in the Midlands and then shipped to Cerizay, France, for final assembly.

Until now, the company has been satisfying the Caribbean market, where the Moke is popular with resorts and private buyers alike. But now that British regulatory approval has been granted, Moke has plans for additional build numbers for Europe, the US “and beyond” in 2021.

electric is a joke

IMO if they had kept the front wings/Indicator panel flush with the nose it wouldn't look so bad.

Wait for The Prisoner limited edition with striped roof....

Should have made it electric