BACK TO ALL NEWS
Currently reading: Two new compact Jaguar SUVs on the cards, tipped to use BMW platform
UP NEXT
Fisker goes radical with Pear EV SUV

Two new compact Jaguar SUVs on the cards, tipped to use BMW platform

Jaguar is plotting two small crossovers to grow its SUV family as it looks to bolster waning sales – and they could ultimately be built on BMW platforms as part of increasing ties between the two firms.

The deal between the two companies, which started with joint work on electric drive unit (EDU) development, also opens up the prospect of the introduction of a new entry-level Land Rover model alongside next-generation versions of the recently replaced Range Rover Evoque and Land Rover Discovery Sport built off the BMW architecture.

The blossoming alliance between Jaguar Land Rover (JLR) and BMW has already expanded. Autocar sources have recently revealed that the German car maker is set to supply JLR with four and six-cylinder internal combustion engines in both standard and hybrid form.

That move to sharing engines has now opened the real possibility that JLR and BMW are aligning themselves to take a much bigger step: sharing an advanced small car platform. A pair of super-economical baby Jaguars – already in the early stages of development pending a green light for production in the middle of the next decade – could now be based on BMW’s new FAAR platform for front-wheel-drive models.

The two new models are expected to be a small SUV and a similarly sized coupé crossover and they are likely to carry the ‘Pace’ name as part of the firm’s SUV family.

In addition, the next-generation Range Rover Evoque and Land Rover Discovery Sport models, which are due in the second half of the next decade, could be sibling vehicles to the next-generation Mini Countryman and BMW X1 models in a further deepening of the alliance.

An expansion into platform sharing also opens the way for JLR to build the long-rumoured entry-level Land Rover model, which, as Autocar revealed early last year, could revive the Freelander name.

Meeting challenging EU CO2 fleet regulations by 2025 is a race against time for JLR. The company is hampered by a collapsing market in China as well as massive investments in the new MLA architecture for its larger models, factory refits and the launch of a number of new models. The firm lost £395 million in the last financial quarter but believes those new models will boost fortunes. These include the reborn Land Rover Defender, electric Jaguar XJ, fifth-gen Range Rover, new Jaguar J-Pace SUV, and a new electric Range Rover crossover.

The engine collaboration came hot on the heels of the surprise announcement in June about plans for JLR and BMW to co-operate on the development of powertrains for future pure-electric and electrified vehicles.

When that deal was announced, Nick Rogers, JLR’s engineering chief, said: “It was clear from discussions with BMW Group that both companies’ requirements for next-generation EDUs to support this transition have significant overlap, making for a mutually beneficial collaboration.”

The enforced move towards electrification is proving extremely expensive for even the most profitable of car makers. Even Mercedes-Benz is seeing premium profit margins vanish because of the cost of new platforms and electrification.

Autocar’s source claimed that the latest move beyond EDUs and into sharing engines is intended to allow JLR to reduce its investment in its own Ingenium engine range. That would then allow the company to re-allocate resources to the huge costs involved in what JLR calls ‘ACES’ (autonomous, connected, electric, shared) technology for future vehicles.

In truth, most models bigger than a city car will probably have to be plug-in hybrids to meet the 2025 and 2030 EU emissions regulations – and that’s why the prospect of JLR sharing the new BMW FAAR platform is now on the agenda.

BMW’s FAAR architecture, seen most recently on the new BMW 1 Series, has been designed to accommodate petrol, hybrid and full-electric powertrains.

The FAAR transverse-engined architecture will in time underpin all front-wheel-drive BMW models and Mini’s entire range. Using it would dig JLR out of a significant future hole caused by the lack of a modern, compact, hybrid platform for 2025 and beyond. 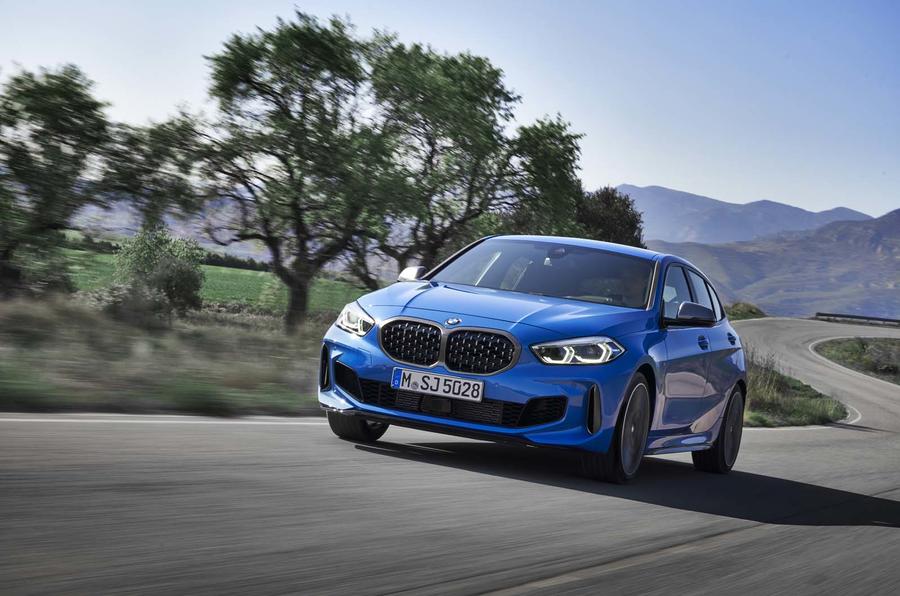 Adding JLR’s current small and medium volumes of 250,000 to BMW’s 850,000 or so production of front-drive vehicles will be seen as a handy boost. It would also integrate FAAR family production at BMW’s Oxford plant and JLR’s Halewood facility, which would be backed up by engine and battery production at Hams Hall and electric motor production in Wolverhampton.

With the addition of two small Jaguars and a baby Land Rover, FAAR platform volumes could approach 1.5 million annually by 2025.

The FAAR architecture looks like a good fit for JLR because it is expected to span cars sized between 4.2m and 4.6m in length. Smaller FAAR-based cars are unlikely because the need to package batteries in the new models means there’s a minimum length for the architecture.

For example, today’s Discovery Sport (4.6m) is almost the same length as the current BMW 2 Series Grand Tourer. A Mini Countryman is 4.3m long and a Range Rover Evoque 4.37m.

The recently launched second-generation Evoque and updated Discovery Sport are both built on JLR’s Premium Transverse Architecture, which, even though it has been developed to accommodate electrified powertrains, is still an updated version of an older platform. Using BMW’s more modern FAAR platform would potentially offer great economies of scale, reducing production costs.

Although details are very thin on the ground, the new baby Land Rover is likely to be an urban-focused – although still highly capable – compact off-roader inspired by the looks of the new Defender. This potentially Freelander-badged car would be able to trace its roots back to the DC100 concept of 2011, which found favour for its fun, compact design but not as a replacement for the Defender, as it was originally intended. The two Jaguars are also likely to be crossovers, one more coupé-like than the other and both sold as part of the Pace SUV family. Inspiration for the lower-roofed new Jaguar might come from the 2003 R-D6 hatchback concept, the first Jaguar design of ex-design boss Ian Callum. The names A-Pace, B-Pace, C-Pace and D-Pace are all available to Jaguar.

All three potential models are expected to be priced from around £24,000 and all will be hybrid. Most of the variants will use plug-in technology as part of the move to reduce JLR’s fleet CO2.

The key date for the three new vehicles – as well as the third-generation Evoque and Discovery Sport – will be 2025, when the next round of strict and rigorously enforced EU fleet CO2 regulations come into force.

At the moment, JLR has a derogation from meeting next year’s 95g/km CO2 EU fleet target, but by 2025, it is likely to be required not only to reduce the average CO2 output of its vehicles to just 80g/km but also ensure that around 15% of its annual output are pure-electric or long-distance plug-in vehicles.

If that sounds difficult, from 1 June 2021, the European Commission also intends to use real-world information to monitor actual fuel and energy use. Makers will be expected to supply a model’s VIN details, data on fuel or electrical energy used and the total distance travelled. The EU plans to use the VIN and real-world CO2 emissions to produce a running report of each manufacturer’s compliance every October.

By comparing the EU CO2 requirement of each maker with the real-world CO2 usage of its vehicles, the EU intends to put significant pressure on car makers to cut energy use. This might prompt car manufacturers to work on methods of restraining driver behaviour in ways that reduce fuel consumption.

It’s clear this potential JLR and BMW alliance is a product of the immense pressure being placed on all manufacturers by European law makers. But JLR and BMW will be the first of many deep technological alliances driven by CO2 laws.

JLR cars that could use BMW platforms

Shorter and lower than today’s Jaguar E-Pace (which is heading towards becoming Jaguar’s current best-seller), the baby SUV will be more modern and sophisticated in its styling than the entry-level Land Rover, with strong shades of the Jaguar I-Pace to its appearance and feel.

Potentially a curvaceous cousin to the BMW X2, a truly small upmarket Jaguar five-door could tap into the female market. Like Aston Martin, Jaguar has the eye of female buyers but has rarely served up properly targeted vehicles. 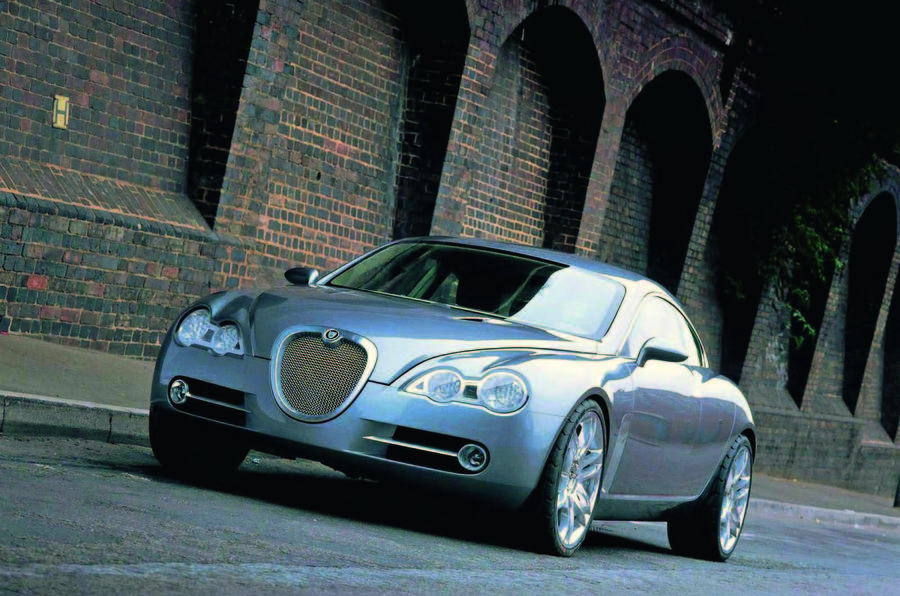 A compact entry-level Land Rover, priced from around £24,000, will be launched as a stylish family-friendly five-door, with expressive styling inspired by the original 1948 Land Rover and the new Defender. Potentially a big seller, it could take the Freelander name.

The second-gen Evoque, launched earlier this year, uses JLR’s latest PTA platform, but switching to a BMW architecture for the third-gen version in late 2020s could lower production costs and make it easier to fit new JLR/BMW-developed electric powertrains.

The facelifted version of the current model went on sale earlier this year, suggesting the next-gen version will arrive some time around 2025. With a likely need for heavily electrified versions, it would also make sense for JLR to consider a BMW platform.

This century is hard for a

This century is hard for a car enthousiast.

Buyers of Audi's, Skoda's or Seat's still go on enthusiastically about their marques, even though they are all based on VW platforms & using VW components such as Engines & Gearboxes.

How will a JLR salesman ever be able to look a customer in the face now and promote a vehicles 'Jaguarness' as one of its major plus points.
Make no mistake, this is a sell out to the German car industry that JLR will be lucky to endure in the long run.