BACK TO ALL NEWS
Currently reading: Jaguar considers transformation to EV-only brand
UP NEXT
New Aston Martin DBR22 is £1.5m, V12 speedster

Jaguar Land Rover bosses are considering a plan to turn Jaguar into an EV-only brand within the next decade, Autocar has learned.

It is understood that company product planners have produced an outline strategy under which Jaguar’s conventional vehicle range would be phased out over the next five to seven years, to be replaced by fully electric vehicles.

Under the plans being considered, a full-on luxury electric saloon, Jaguar replacing the unloved XJ, is expected within two years. It will be a direct competitor for Porsche’s upcoming Taycan, alongside strong-selling cars such as the Tesla Model S.

Rethought as an electric vehicle, the new XJ will both play to the strengths of the 1967 original by offering segment-leading refinement and ride and look to the future by completely reinventing the classic Jaguar interior. 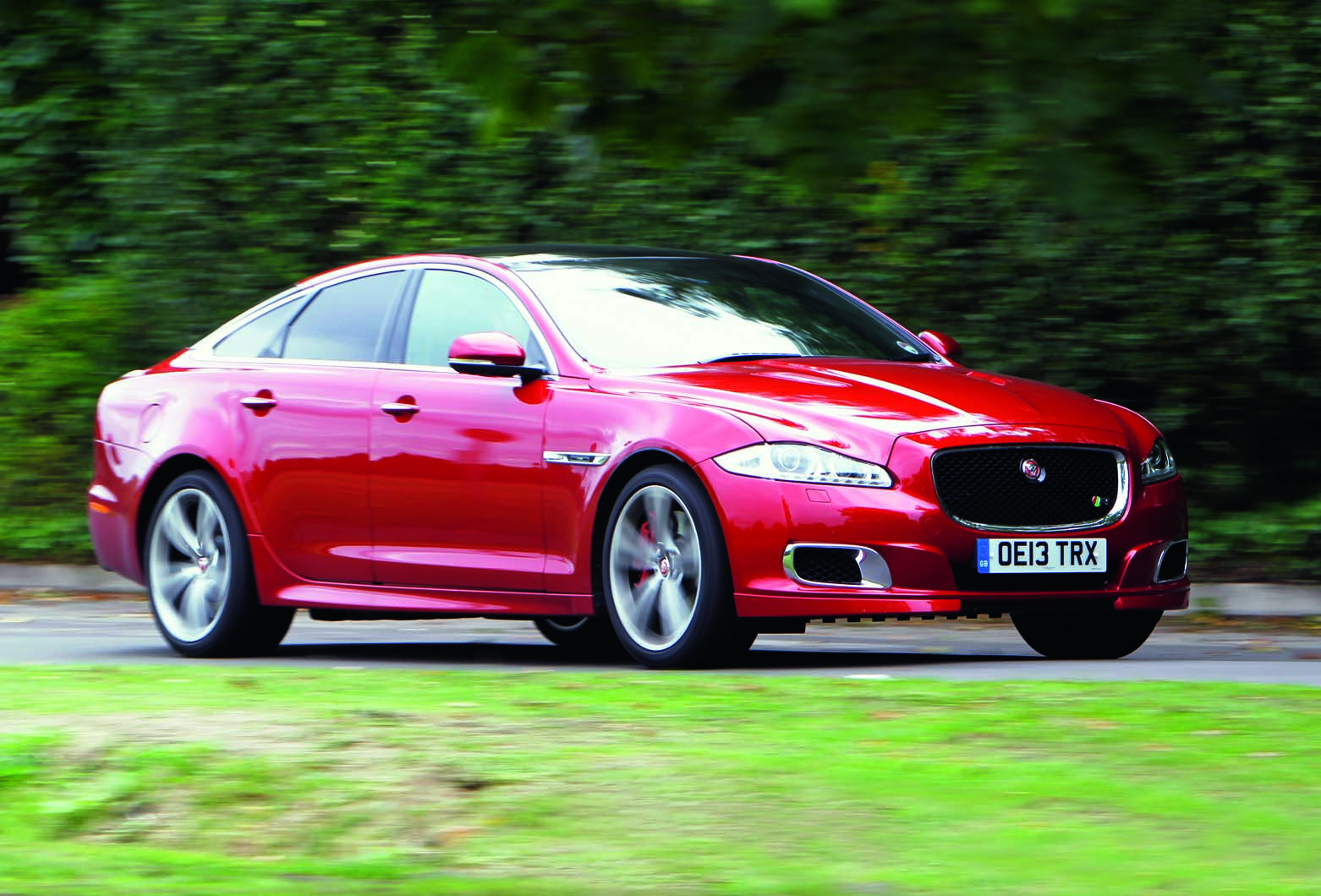 It is understood that the new XJ will be a no-holds-barred luxury car in every sense, offering customers a zero-pollution alternative to a Mercedes-Benz S-Class or even a Bentley Flying Spur.

The thinking is that Jaguar will steal a march on rivals by building a true luxury EV in a segment that is probably the most environmentally minded and offers greater profitability per car than lower segments. EVs also fit in perfectly with the brief of a modern-day chauffeur of private hire driver, with excellent mechanical refinement and the ability to enter low-emission zones in cities without financial penalties.

As the Jaguar XE and Jaguar XF reach the end of their lives in 2023, they could be replaced by an all-electric crossover slightly bigger than Audi’s E-tron. An all-new I-Pace would arrive in 2025 as the Jaguar E-Pace and Jaguar F-Pace models are phased out. Jaguar would be nearly all-electric by 2026, with only the flagship J-Pace luxury crossover surviving until 2027 or so. And with no replacement for the Jaguar F-Type in the works for when it dies in the first half of the 2020s, an electric Jaguar sports car is also a possibility.

Early internal estimates suggest that a four or five-model all-electric Jaguar line-up could sell as many as 300,000 units per year, benefiting from much higher retail prices and surfing a trend that is expected to see a sizeable chunk of the luxury vehicle market switching to battery power. Crucially, the move would also provide a big reduction in the average corporate fuel economy of JLR. Under the scheme, Castle Bromwich could be redeveloped as JLR’s specialist EV factory, making vehicles based on the new all-wheel-drive MLA EV platform. Batteries for the MLA platform are expected to come from the new Coventry Hyperbat factory run by Williams Engineering and Unipart.

The electric vehicle proposal has received added impetus from the extremely strong reception for the new electric I-Pace and Jaguar’s continued involvement in Formula E — the new I-Type 3 Gen 2 single-seater racing car has also just been unveiled — giving the perfect introduction to revolutionising the brand, according to insiders.

Autocar understands that although the outline of a reinvention of Jaguar has reached a fairly advanced stage, the project still does not have the green light. JLR’s dramatic plans come against a background of mediocre sales for Jaguar’s three-model saloon car range, which has forced the company to introduce a three-day week for the rest of 2018 at its Castle Bromwich factory. Executives at Tata, Jaguar’s Indian parent company, are said to be extremely unhappy by the brand’s recent performance, given its extensive investment.

Although Jaguar sales have been hit by both concerns over the future of diesel and some Brexit uncertainties, the latest sales figures for the XE, XF and XJ – all of which are made in Castle Bromwich – show evidence that buyers are shunning Jaguar’s saloons. 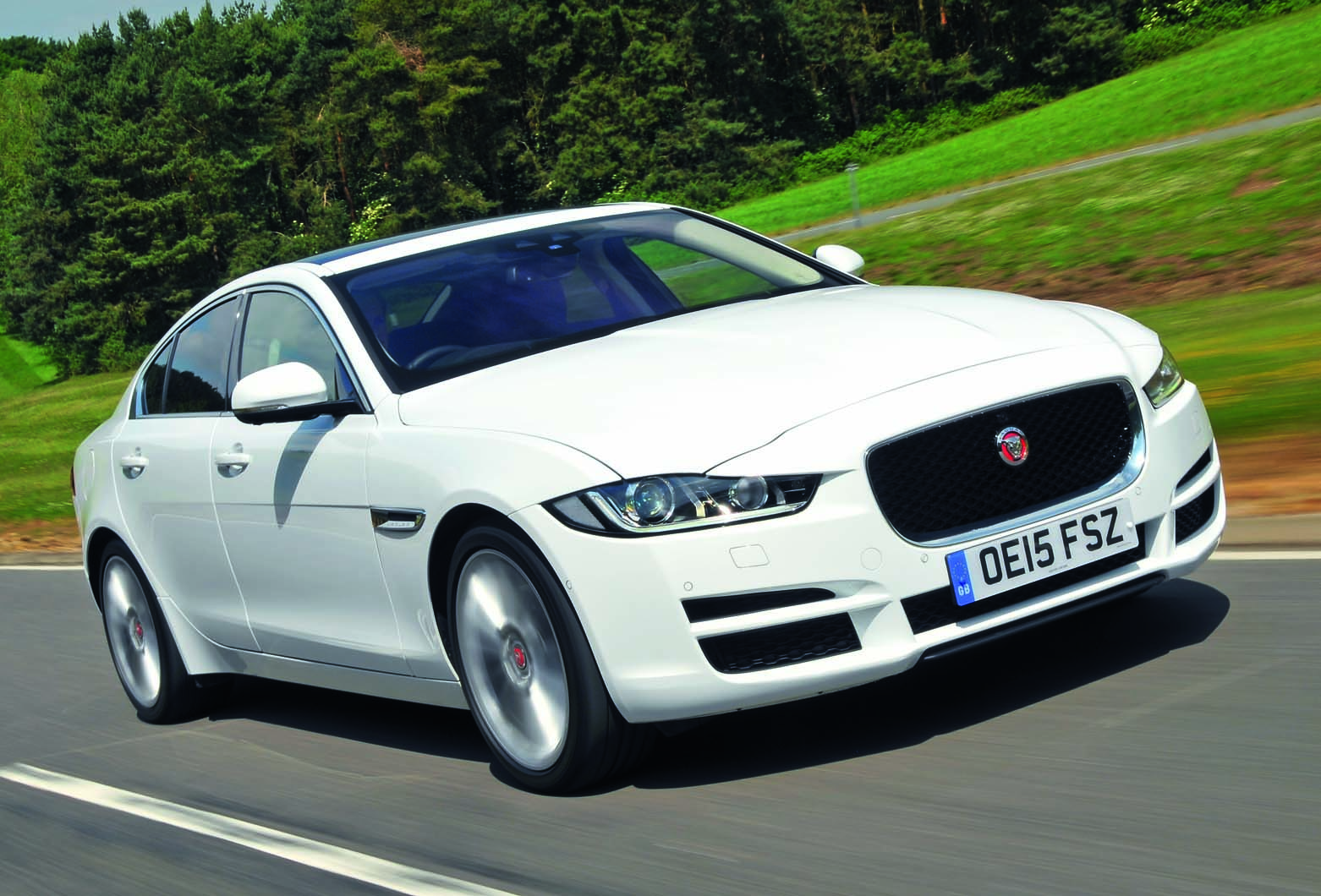 The good news for Jaguar is that the E-Pace is now the company’s second-bestselling model, after the F-Pace, although the E-Pace’s August sales were well below those of its elderly Range Rover Evoque sister model.

The dilemma facing JLR senior management is clear. As product plans are laid for the company’s next generation of cars based on the MLA aluminium platform, can investment in three replacement Jaguar saloon models be justified? Indeed, is there any profitable future for conventional Jaguar saloon cars of any kind?

If the XE, XF and XJ models are dropped in their current forms after this generation, what future would there be for a Jaguar brand that amounted to, say, three crossovers? Dealers would probably be unable to thrive with such a small range and sources say that, at that point, the Jaguar brand would be difficult to support as a going concern.

All of these reasons are why the JLR board finds itself closely examining a plan that would result in an all-electric Jaguar line-up. 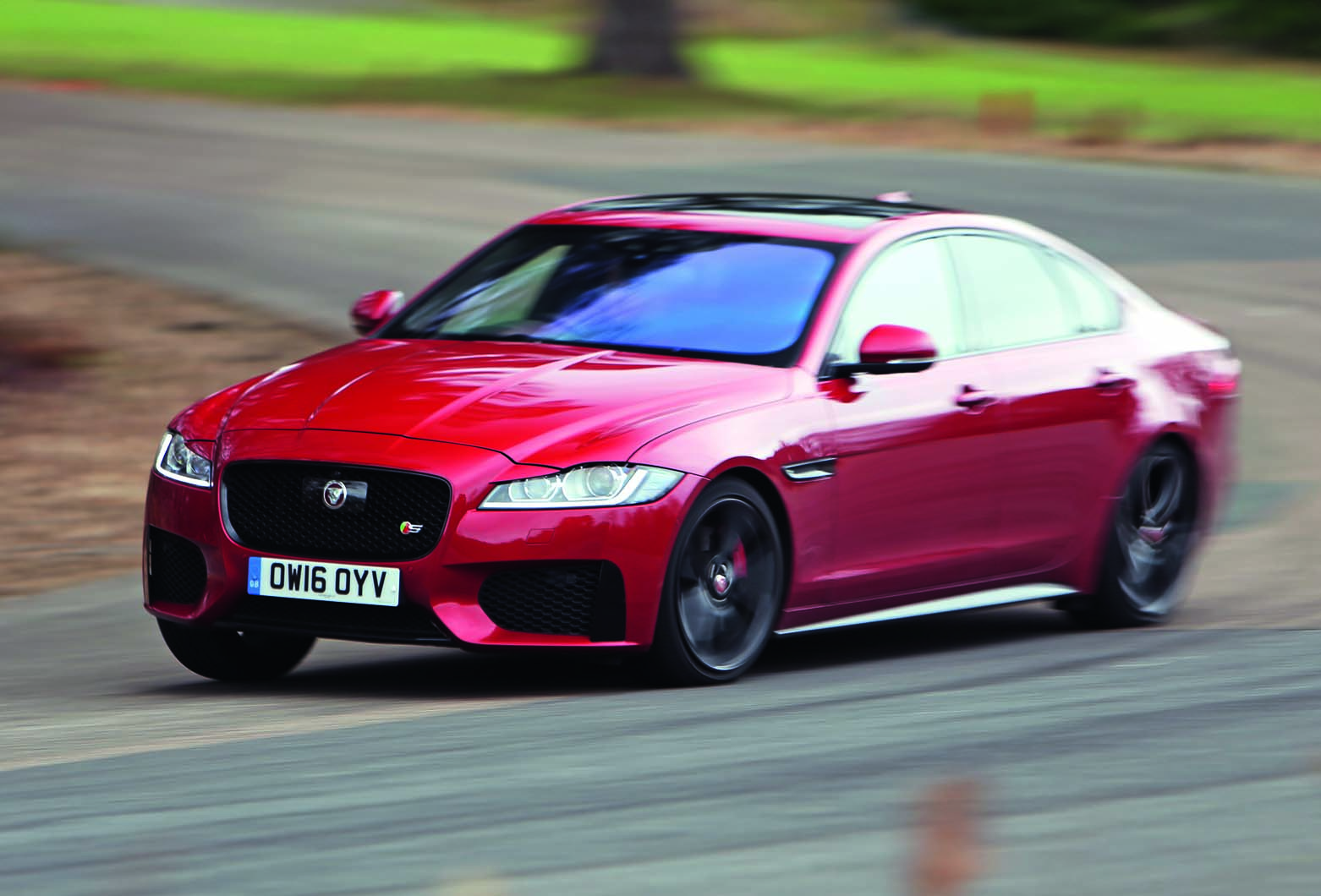 Another major advantage of an electric-only Jaguar range is that it would greatly help JLR drive down its corporate fuel economy figures. In turn, that would mean the future models from Land Rover’s three ‘brand pillars’ (Range Rover, Land Rover Discovery and Defender) could prosper with using just 48V hybrid technology.

Sources say that developing viable battery-powered Land Rover models is very difficult without diluting the brand’s values. Difficulties include the need to substantially change the styling to create a small frontal area and the complexity of making EVs safe in situations such as fording rivers.

Many in JLR believe that this radical plan is win-win. It gives Jaguar perhaps its last best chance to grow into a self- supporting brand; it ensures JLR has bespoke entries in the growing global market for luxury EVs; and, if successful, it reduces the company’s CO2 average, lessening the pressure on Land Rover to produce electric models that are not true to the brand. 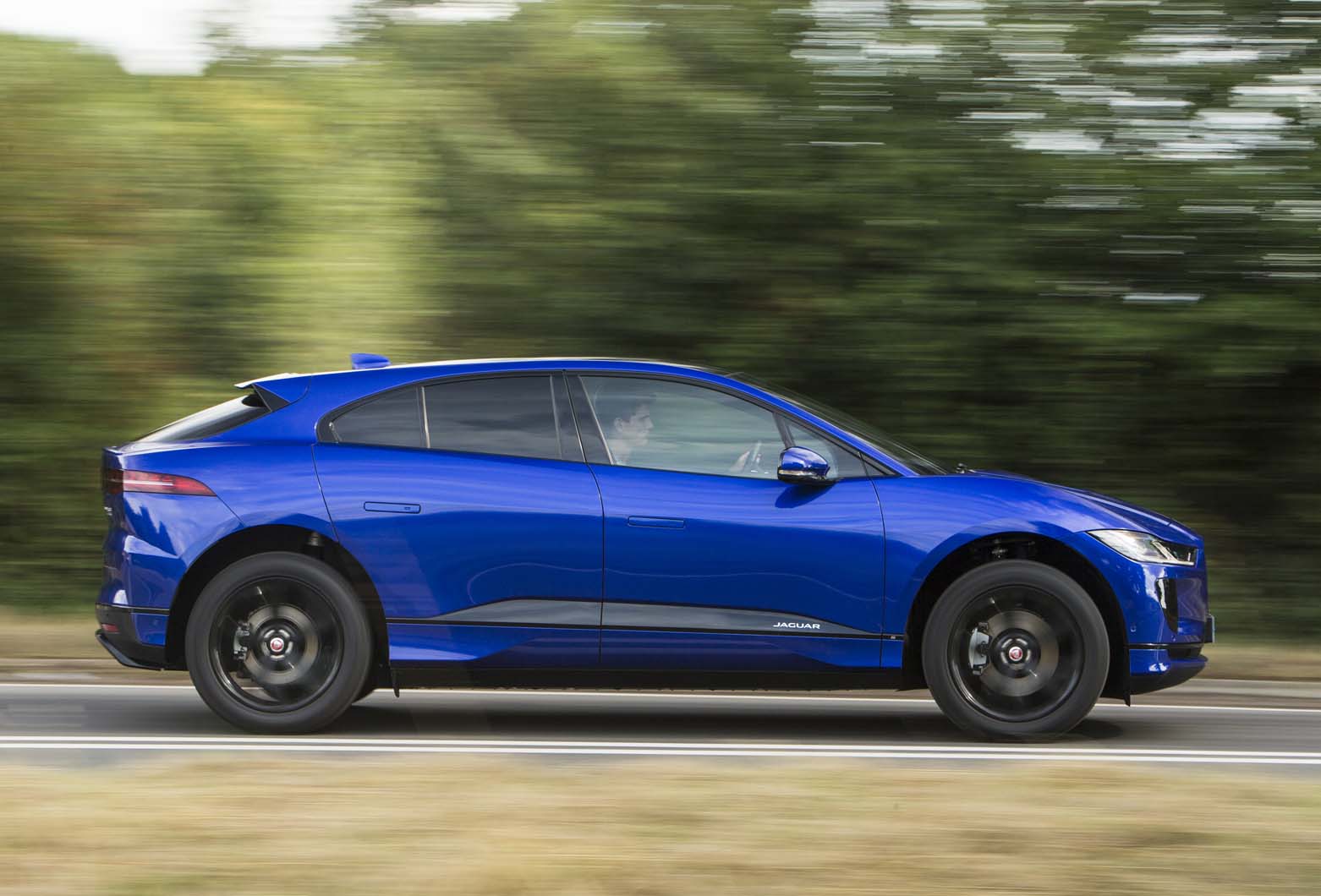 To get a proper scale of Jaguar’s troubles, you have to look at its Castle Bromwich factory’s output between January and August this year.

With the model-by-model build numbers outlined below, the factory’s output totalled 52,476 cars over eight months’ production.

XE and XF sales dropped significantly, down 25% and 17% respectively for the year.

Over the same period, 63,815 examples of the F-Pace and E-Pace were built outside of Castle Bromwich. Total Jaguar sales over the first eight months of 2018 were 116,849, including 588 I-Pace models. 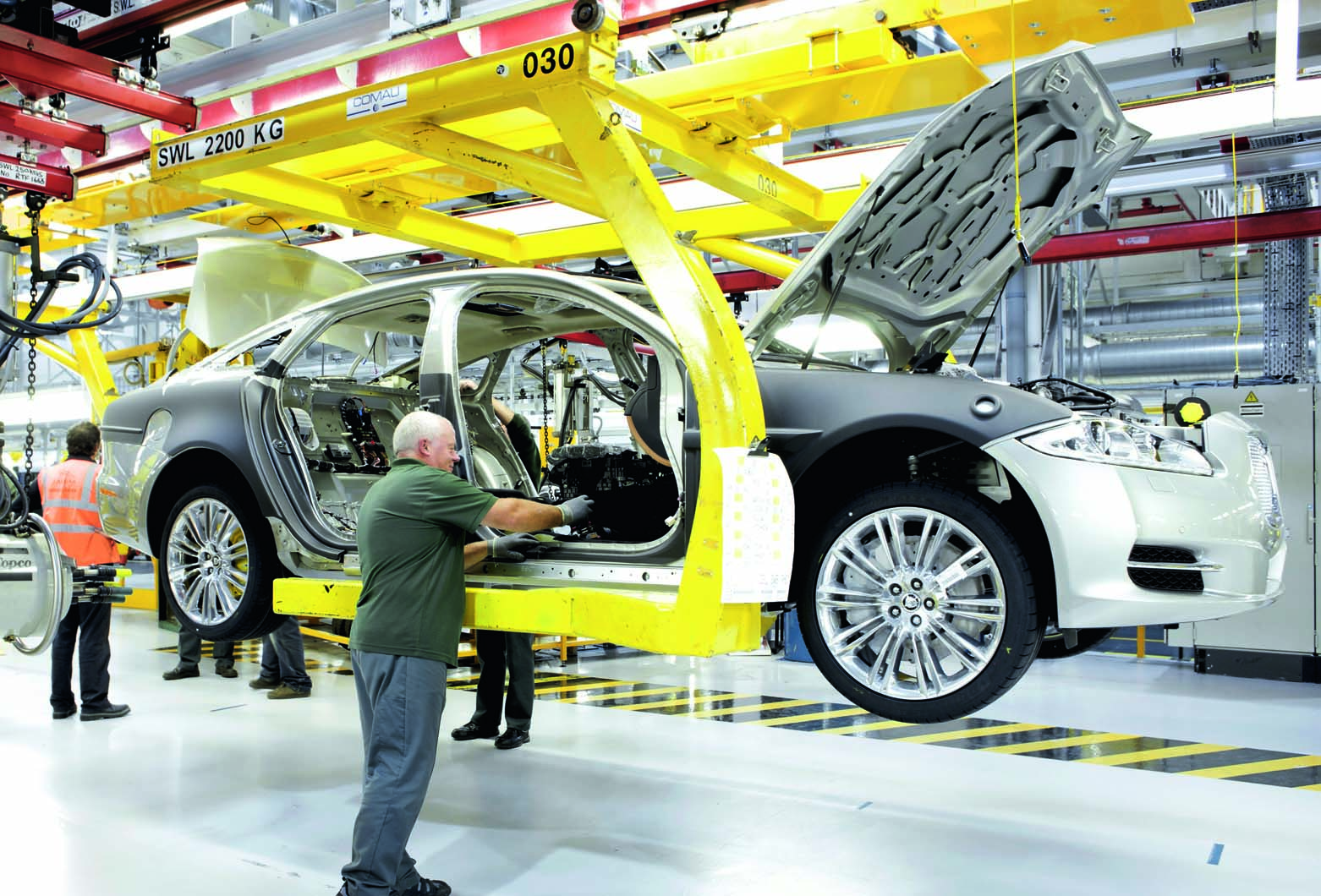 Extrapolating to a full year of sales, Castle Bromwich output would be around 78,700 units and total Jaguar sales about 175,200. For a brand with three mainstream saloons and two mainstream SUVs, that figure is very low.

Even Jaguar’s SUVs are under the weather. Sales of the F-Pace dropped by 23% between January and August this year, although it is not built at Castle Bromwich.

The E-Pace has proven reasonably successful so far, but the profit margins for that car are relatively slim compared with the rest of Jaguar’s range.

The slump in sales has caused Jaguar to change Castle Bromwich to a three-day week production schedule, affecting 3000 staff. It contrasts sharply with Land Rover, which is on track to shift well over 300,000 vehicles in 2018. Sales of models such as the Discovery Sport and Range Rover Sport remain strong, despite their advancing years.

What they need to do is

What they need to do is become the British Porsche equaivalent.

No more saloons or average height vehicles because they dont sell. People prefer crossovers because of the practicality and better perceived value.

And sports cars are a niche, but offer good margins.

Jaguar needs to aim for higher margins rather than marketshare.

And if things go well, reintroduce one flagship sports saloon to rival the Panamera.

If that conflicts too much with Land Rover, then sell the Jag to a Chinese company.

A good plan generally. I disagree with the nonsense at the end of the article, electric drive has huge advantage for land rover if the team there has the right vision. If Tesla cars without planning can float and steer in rivers and come out at the other end fully functional, then there no reason why dedicated off roader should have any problem doing the same.

Stick a motor on each wheel and I suspect you would have a far superior off roader,

The large forward trunk, keep it, double the boot capacity.

As someone who's actually driven a car powered by an Ingenium engine for the last three years, may I just throw in my observations?  It's certainly not the perfect powertrain but I feel that's more to do with the moronic 9 speed transmission it's saddled with in my car than the engine itself.  I have to say it has been smooth, pretty darn quiet, delivers good MPG and pulls very well (when the transmission actually gets round to telegraphing what I'd like to happen down to the engine room...)

As far as reliability is concerned, well I'm not sure if all the BMWs and Mercedes I see on the hard shoulder has more to do with German quality woes or the fact that there are more of them on the road anyway.  I just remember the horror stories my father in law has told me about his C class.  Never again!!