BACK TO ALL NEWS
Currently reading: CES 2018 report: how technology is disrupting the automotive world
UP NEXT
First drive: 2022 BMW XM prototype

CES 2018 report: how technology is disrupting the automotive world

That was the message from the automotive industry at this year’s Consumer Electronics Show. Well, not just autonomy; connectivity and electrification are converging with self-driving cars to cause a profound shift in the car world.

Of course, that won’t be a surprise to anyone who follows the industry; it’s been a talking point at every major motor show for the past few years. But the impact extends far beyond how cars are powered or controlled. And what a trawl around CES, the world’s leading tech show held annually in Las Vegas, highlighted is that car firms have realised that they can’t tackle this change alone.

The impact of autonomous, connected and electrified cars is going to be profound. More than one person at CES claimed it would be the biggest change since Henry Ford pioneered industrial mass production with the Model T.

Autonomous, connected cars require systems, software and technology that car firms have no experience in. Where there is change, there is opportunity – and companies large and small from both the technology and automotive worlds are racing to develop autonomous, connectivity and electrification systems, as well as deals to provide them to major original equipment manufacturers (OEMs).

In return, car makers are racing to find the firms that can offer the technology and systems to speed up and streamline their efforts to make autonomous, connected and electrified cars. And the natural meeting ground for both parties is CES, which is why car manufacturers – out to prove to the world that they are forward-thinking – have been attending in growing numbers in recent years.

Ford, Honda, Hyundai, Jeep, Kia, Mercedes-Benz and Nissan all had stands in 2018. But it’s an interesting dynamic: at a motor show, they’d be the big beasts, the headline attractions. At CES, the roles are flipped: the car firm stands were dwarfed by those of tech giants such as LG and Panasonic, whose grand constructions rivalled anything you’d see at Frankfurt or Geneva.

In the auto tech section, the stands weren’t quite as big. But there were lots of them: firms showing off self-driving hardware or software, ultra-fast secure communication, HD mapping and electric charging points and systems. Many of those firms are already supplying OEMs – and such deals will only grow.

Of course, car firms being car firms, they couldn’t resist wheeling out some new metal – although it all had a future-leaning twist. Hyundai used CES to launch the Nexo FCEV, a hydrogen fuel cell SUV. Sister firm Kia brought out an electric version of the Niro SUV. Perhaps believing a new powertrain variant of an existing car wasn’t enough for CES, Kia stuffed the concept with autonomous and connected devices that won’t be on the production version due later this year. Other new electric vehicles included first sight of new Chinese start-up Byton’s tech-laden Concept SUV and the Fisker Emotion, which promises a 400-mile range.

Toyota went full concept with the e-Palette, a customisable self-driving electric machine that can be used as a mobile shop, delivery unit, office space or home. The firm is aiming to have a version running by the 2020 Tokyo Olympics. Rinspeed unveiled the Snap, its answer to how self-driving service vehicles might work in the future.

Ford CEO Jim Hackett delivered one of the CES keynote speeches, largely focusing on the societal changes to cities that autonomous cars will bring.

Fittingly, one of the star vehicle attractions on Ford’s stand wasn’t a new machine but a self-driving Ford Fusion – used to trial driverless Domino’s pizza deliveries. The whole concept of the automobile might be changing, but we still need to eat.

If all that makes this year’s CES sound a bit high-concept, there was plenty more real-world stuff on show. Mercedes-Benz showcased the latest development on its Mercedes-Benz User Experience, including the somewhat controversial inclusion of a new touchscreen that will be introduced to the new A-Class.

Several firms showcased advanced driver alertness technology, while Nissan had a system that monitors a driver’s brainwaves so that the car can respond quicker.

Nissan also provided an example of its vehicle-to-home charging concept, where an EV’s battery can provide power to the grid when not in use. It did so by using a new Leaf battery to power a macchiato machine. The whole concept of the automobile might be changing, but we still need coffee.

There were more traditional consumer electronics, too. Samsung-owned audio firm Harman Kardon has developed a sound system that can actually alter the audio output to match the style of sister brand JBL (ask anyone who reads What Hi-Fi? and they’ll explain the difference to you). And then there were other car audio brands that just went old-school, sticking hundreds of speakers in the boot of a car and cranking the bass up. The Orion stand’s Jeep Wrangler was notably ear-splitting.

But, ultimately, as loud as the speakers were, the real noise at CES was made by those involved in autonomy, connectivity and electrification technology. Years ago, the appearance of car firms at CES might have seemed a marketing stunt to try to appear in step with a ‘cool’ industry. Now it feels like a truly natural fit, in the same way that cars are becoming connected to the world around them. The future is coming – and the more the technology and automotive worlds align, the faster it will get here.

Kia launched an electric concept car that previews the forthcoming Niro EV. The Korean brand will also display a range of new technology, including autonomous systems and what it says is the world’s first in-car 5G mobile data system. 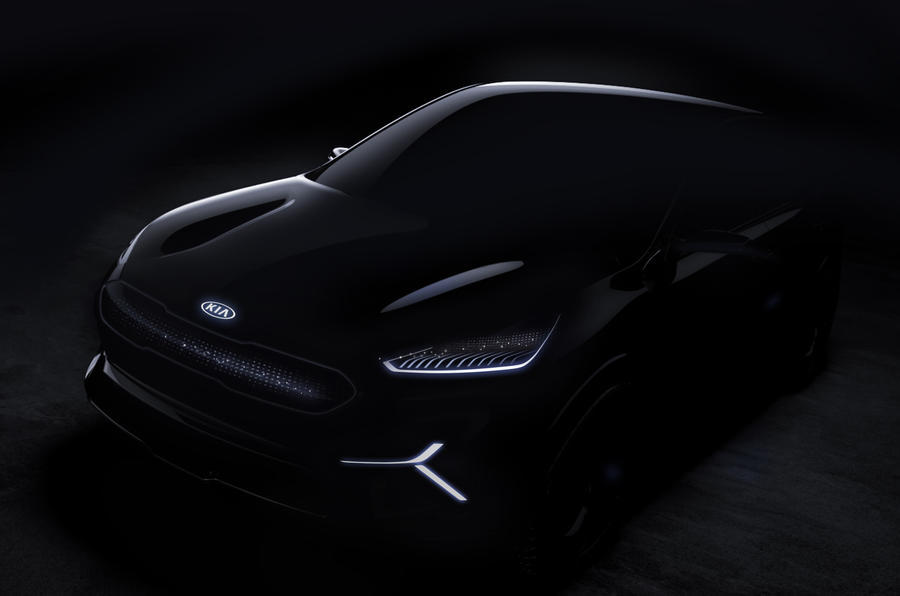 The autonomous systems in the concept will be developed in partnership with Aurora, with the tech due to reach production cars by 2021. Hyundai will also showcase a new artificial intelligence-enhanced personal cockpit concept. 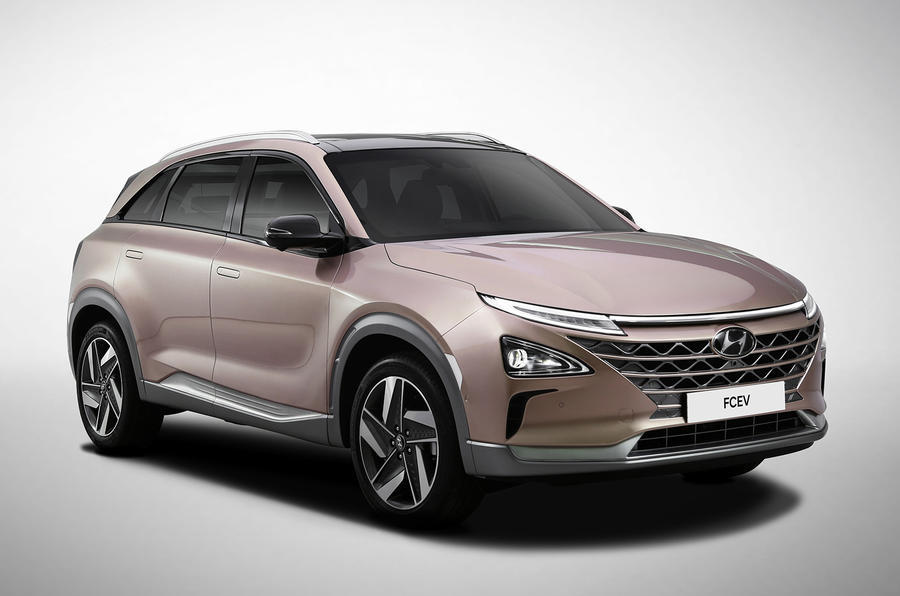 The German firm used CES to showcase its new Mercedes-Benz User Experience infotainment system, which will feature in the forthcoming A-Class and other new models.

Mercedes also displayed the previously seen Mercedes-AMG Project One hypercar, the Concept EQA electric car and the Smart Vision EQ Fortwo, among others. 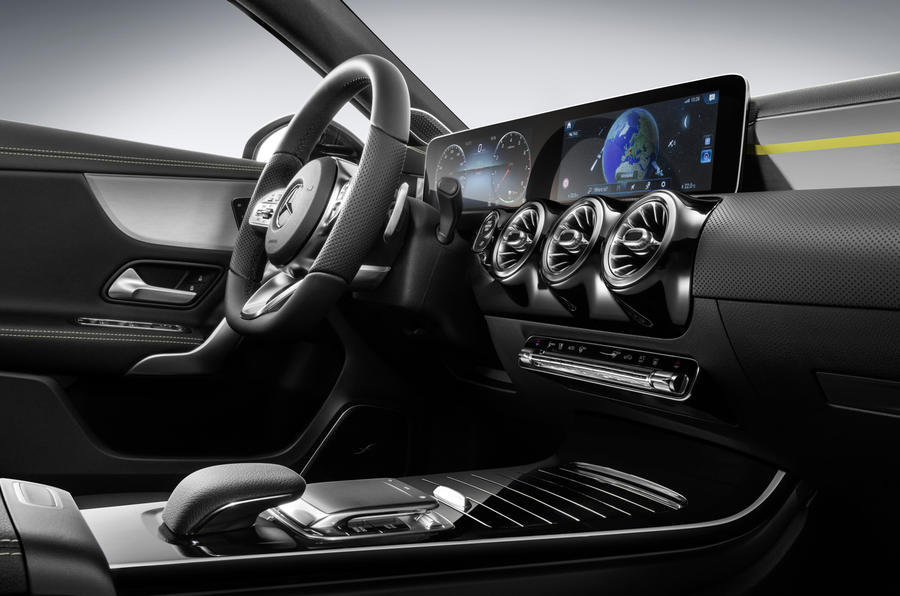 Nissan showcased an innovative brain-to-vehicle technology system. This uses sensors to monitor a driver's brainwave activity and, Nissan claims, will enable vehicles to anticipate and perform dricing actions up to half a second quicker than drivers. 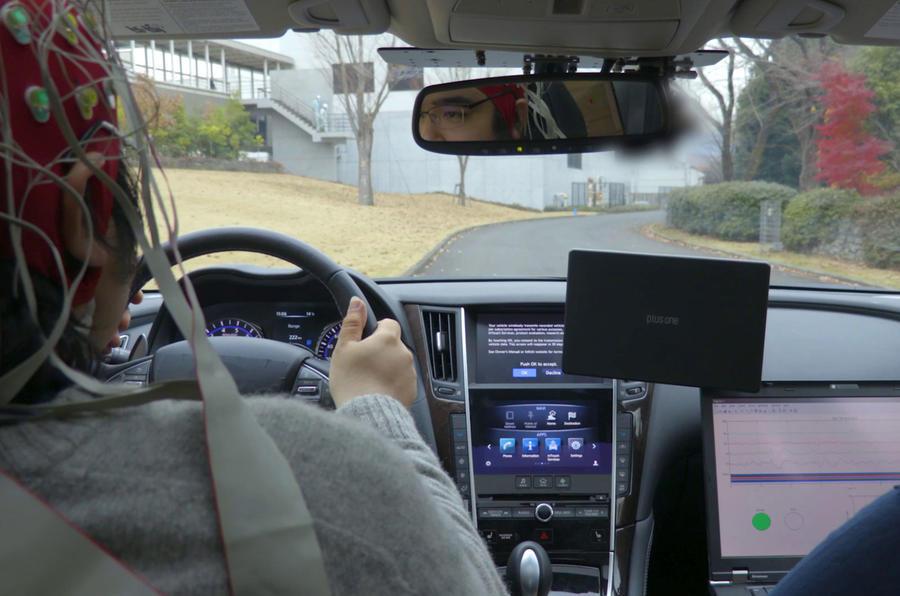 The Chinese-owned start-up company, headed by ex-BMW i boss Carsten Breitfeld, previewed its first model, a mid-sized electric SUV, with a concept car. The concept features a distinctive 1250mm by 25mm touchscreen that dominates the dashboard. 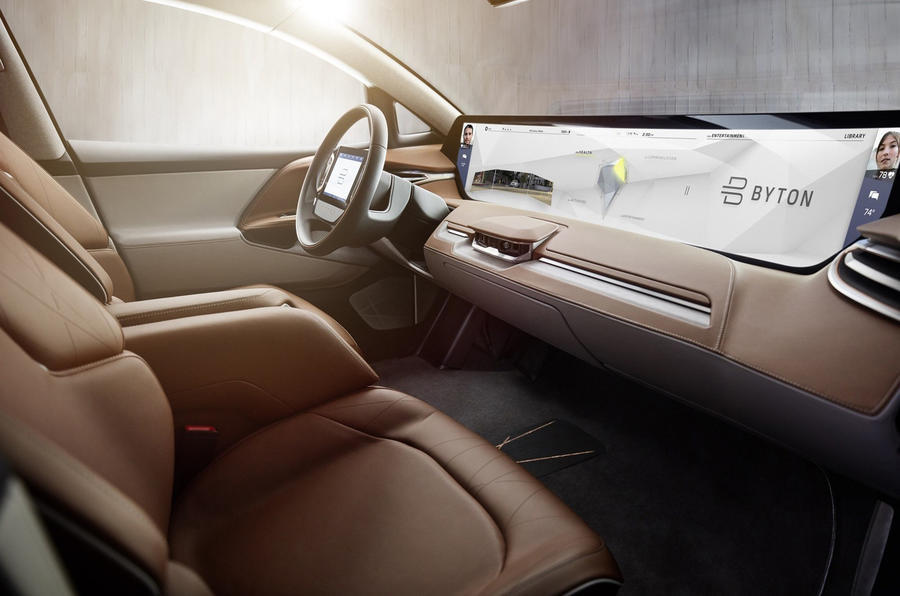 The Toyota Research Institute displayed Platform 3.0, its new automated driving research vehicle. Based on a Lexus LS 600h L, the machine has greater technological capabilities than Toyota’s previous research machines and has been designed to conceal the sensors and cameras. 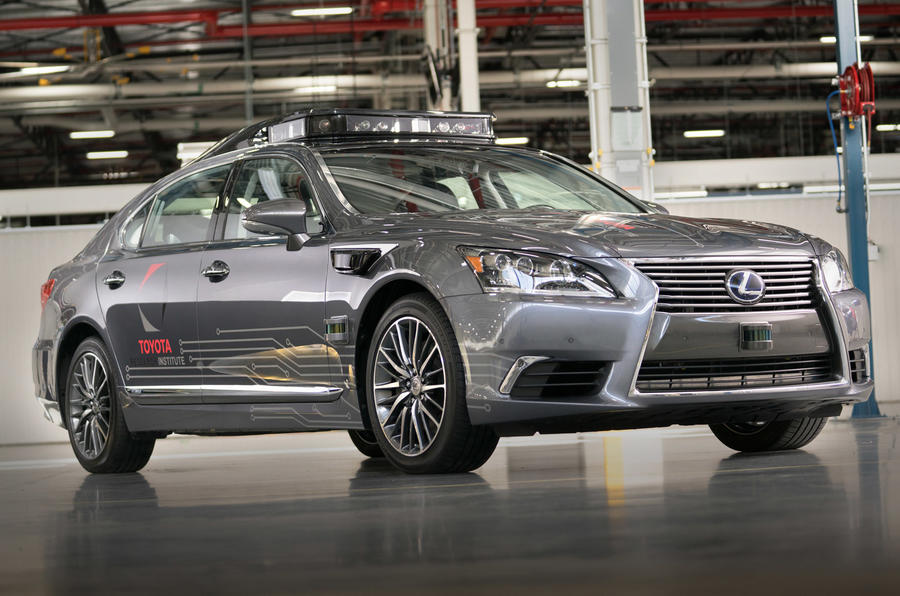 The electric car firm launched the Emotion machine at the show. Designed by company boss Henrik Fisker, the firm claims the Emotion will have a range of more than 400 miles and a top speed of 161mph.

Read more about the Fisker Emotion 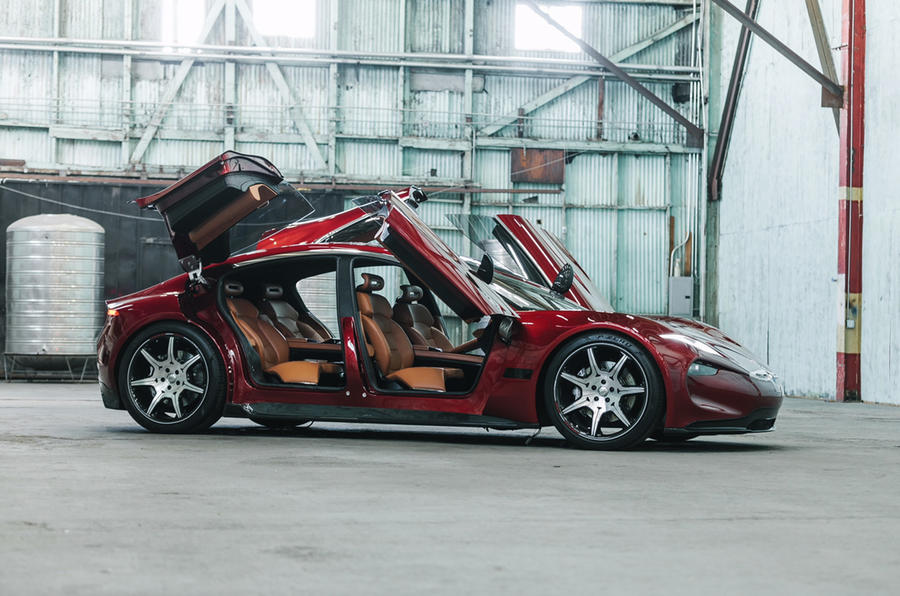 Read more about the Rinspeed Snap 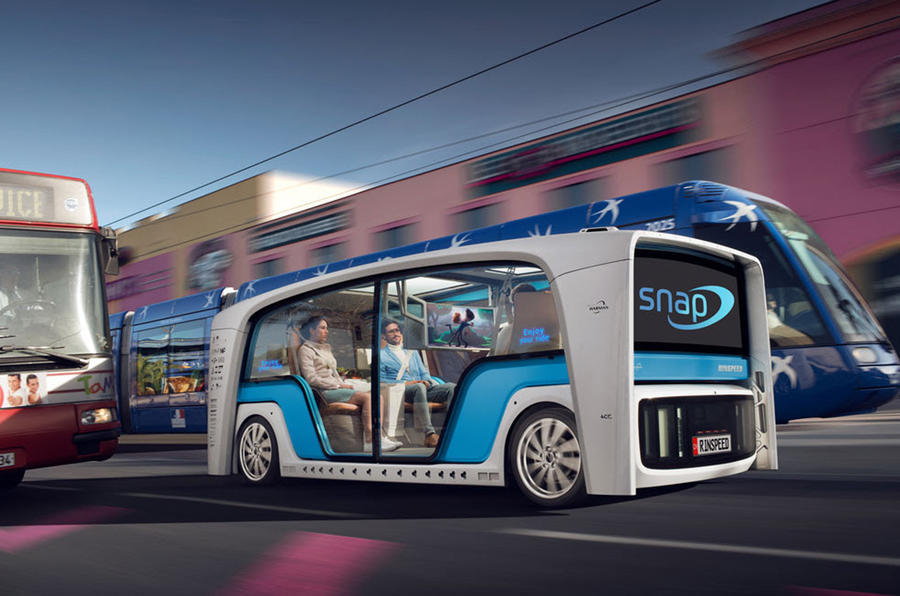 Ford boss Jim Hackett delivered one of the prestigious CES keynote addresses this year. His speech focused on the development of mobility solutions in smart cities.

Honda’s presence at CES focused on robotics, artificial intelligence and energy solutions rather than cars. It showcased the new 3E (empower, experience and empathy) Robotics Concept with four machines, including an autonomous off-road vehicle concept.

It also revealed the Mobile Power Pack World, which includes a portable, swappable battery pack for electric vehicles and a battery exchanger concept.

The major car firms were joined at CES by myriad other companies involved in the car industry: 535 firms are listed as automotive/vehicle technology exhibitors.

Performance EV specialist Genovation showed its second-generation GXE, an all-electric machine based on a Chevrolet C7 Corvette Grand Sport. The previous GEE, based on a Corvette Z06, produced 592bhp and set a land-speed record for a road-legal EV, reaching 205.6mph. Reports suggest the electric motor in the new model could top 789bhp. 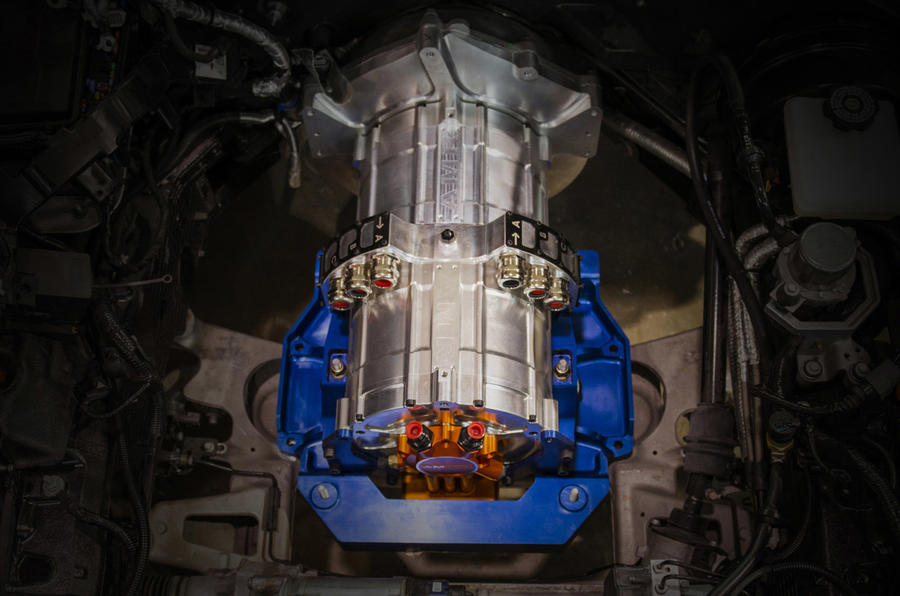 Tesla is planning a 'game-changing' electric pick-up truck, but a firm called Workhorse already has a range-extender version up and running that it showed at CES. The W-15 features a petrol-electric powertrain capable of 80 miles on electric power. 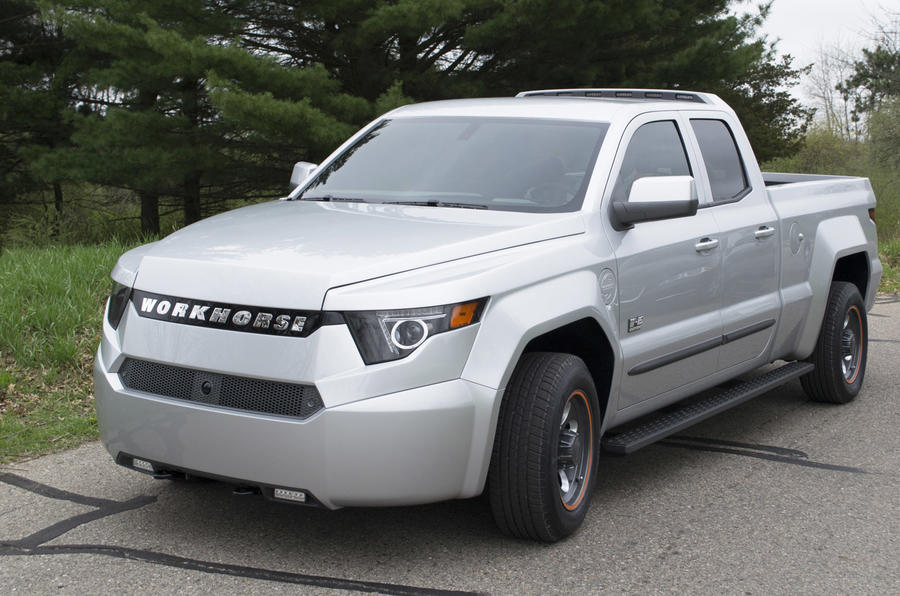 With EV cars on the rise, plenty of firms are focusing on how to develop a charging network. For example, Continental presented a concept that uses a wide network of wireless microchargers to top cars up regularly throughout the day.

Augmented-reality (AR) systems also featured prominently. Swiss firm WayRay demonstrated a holographic AR sat-nav system called Navion, which projects route information onto a smart glass-enabled windscreen so that it appears as if on the road ahead.

Now I appreciate that all the new tech that is going into making Driving a safer experience for all is a good idea but, is there too much tech...?, I know Airline Pilots have a lot of tech for well just checking the Plane is flying itself correctly but, do we need so much down here on the Road?, soon I fear that driving test will be a tick box affair.