BACK TO ALL NEWS
Currently reading: 2019 Byton M-Byte electric SUV digital dashboard revealed
UP NEXT
Analysis: Why the decline in diesel sales has slowed in 2022

Byton has revealed the interior design of its upcoming M-Byte electric SUV ahead of the car’s global launch later this year.

The near-final design, which was revealed at the CES technology show in Las Vegas, uses an evolved version of the wraparound digital dashboard and steering-wheel-mounted touchscreen seen in the original concept.

The 48in curved ‘Shared Experience Display’ has been reinforced to resist shattering in the event of an accident. An 8.0in touchpad in the centre console will allow either front-row occupant to control the main screen, which is split into three sections for driver information, navigation and multimedia playback.

It is also used to show images from three rear-facing cameras: two take the place of the wing mirrors, with a third mounted in the car’s rear. The brightness and background colour of the display adjusts automatically to suit lighting conditions. Two further screens are fitted to the front seats for rear passengers.

The 7.0in touchscreen in the steering wheel sits slightly upward from the centre to make room for an airbag. Selecting a gear is done through physical buttons on the wheel, rather than with a traditional gearstick or stalk. Other physical buttons will be used only when legally required, such as for activating hazard lights. 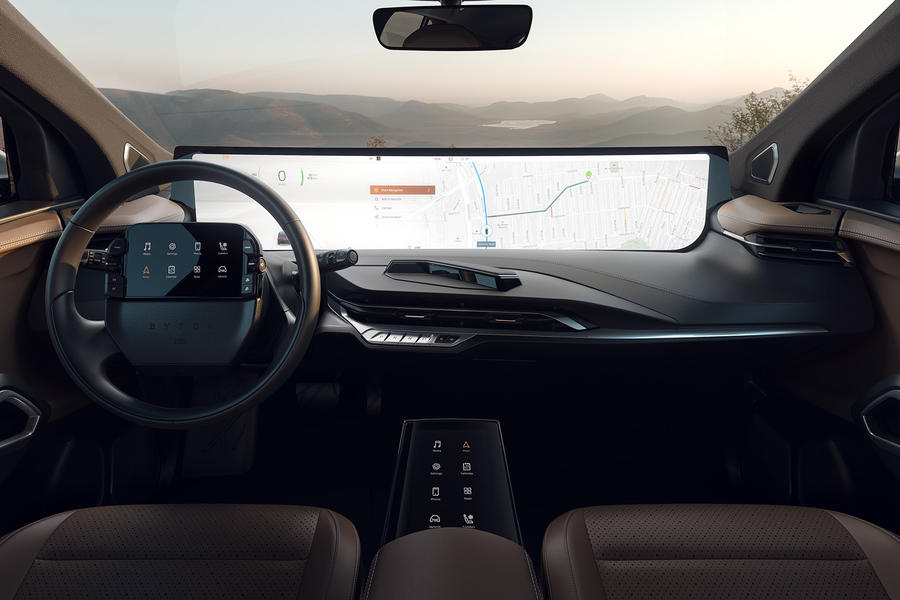 Voice recognition will allow for hands-free controls, with Byton partnering with Amazon to integrate the Alexa voice assistant. Facial recognition is also promised as a feature, identifying the driver to load specific profiles.

In what will be a first for any production car, the M-Byte will also feature inward-rotating front seats, for when the car is operating in autonomous mode. The company plans to support level three autonomous driving at launch.

Byton also revealed more details about the car’s powertrain. The M-Byte’s power will be stored in modular lithium ion batteries that form part of the vehicle chassis, with 71kWh and 95kWh capacities promised. Byton says the car will have a range of 248 miles, increasing to 323 miles with the upgraded battery pack.

The model will be available in two configurations, including a twin-motor four-wheel drive system with 469bhp. A saloon, which was previewed as a concept last June, and MPV are due to follow and use the same platform. 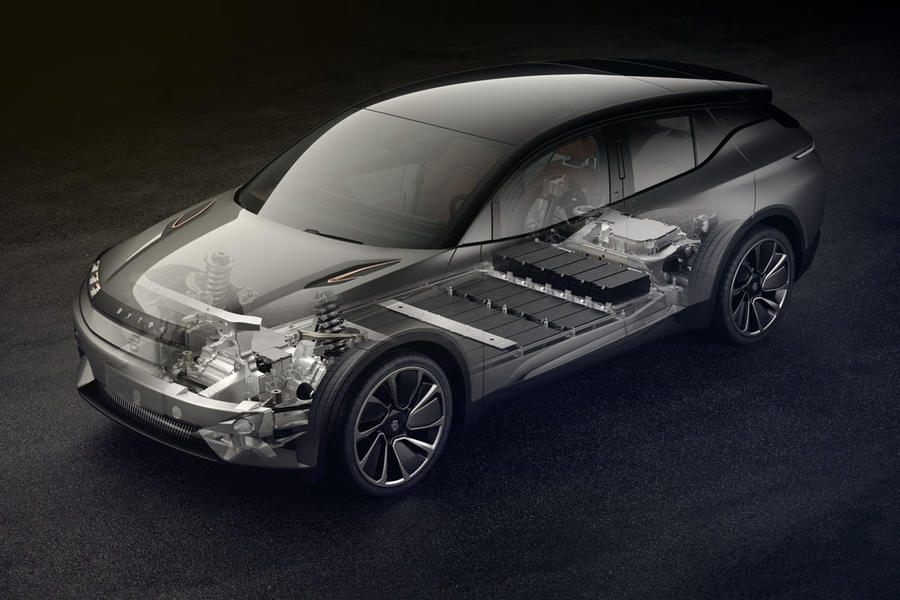 Initial prototypes of the SUV were completed at Byton’s factory in Nanjing, China, with a small batch subsequently built for crash tests and development prototyping. These prototypes have taken to closed test tracks and open public roads in China and the US, with production mooted in 2019. Byton has also announced that prices for the car will start at €37,500 in Europe (around £34,000).

“The development of the Byton M-Byte is progressing extremely well, with everything on track," said company CEO Carsten Breitfeld. "In recent months, we have already successfully completed crash and stability tests with the initial set of prototypes. Now the first prototypes are being road tested. The team’s pace and motivation is incredible.”

Why Volkswagen, Hyundai and Byton are teaming up with a self-driving start-up firm

The company's new headquarters in Nanjing, China, opened earlier this year, and construction of the first prototypes has been completed at its new-build production facility.

In addition to these, the company has also announced over $100 million of investment to help achieve its production goals from Chinese automotive giant FAW, with company co-founder Daniel Kirchert saying: "The Chinese automobile market offers excellent conditions for our company. The infrastructure developments, the market forecasts and the keen interest of the people in our products strengthen us enormously. Of course, our deep understanding of the Chinese market as a basis for our economic success also helps us.” 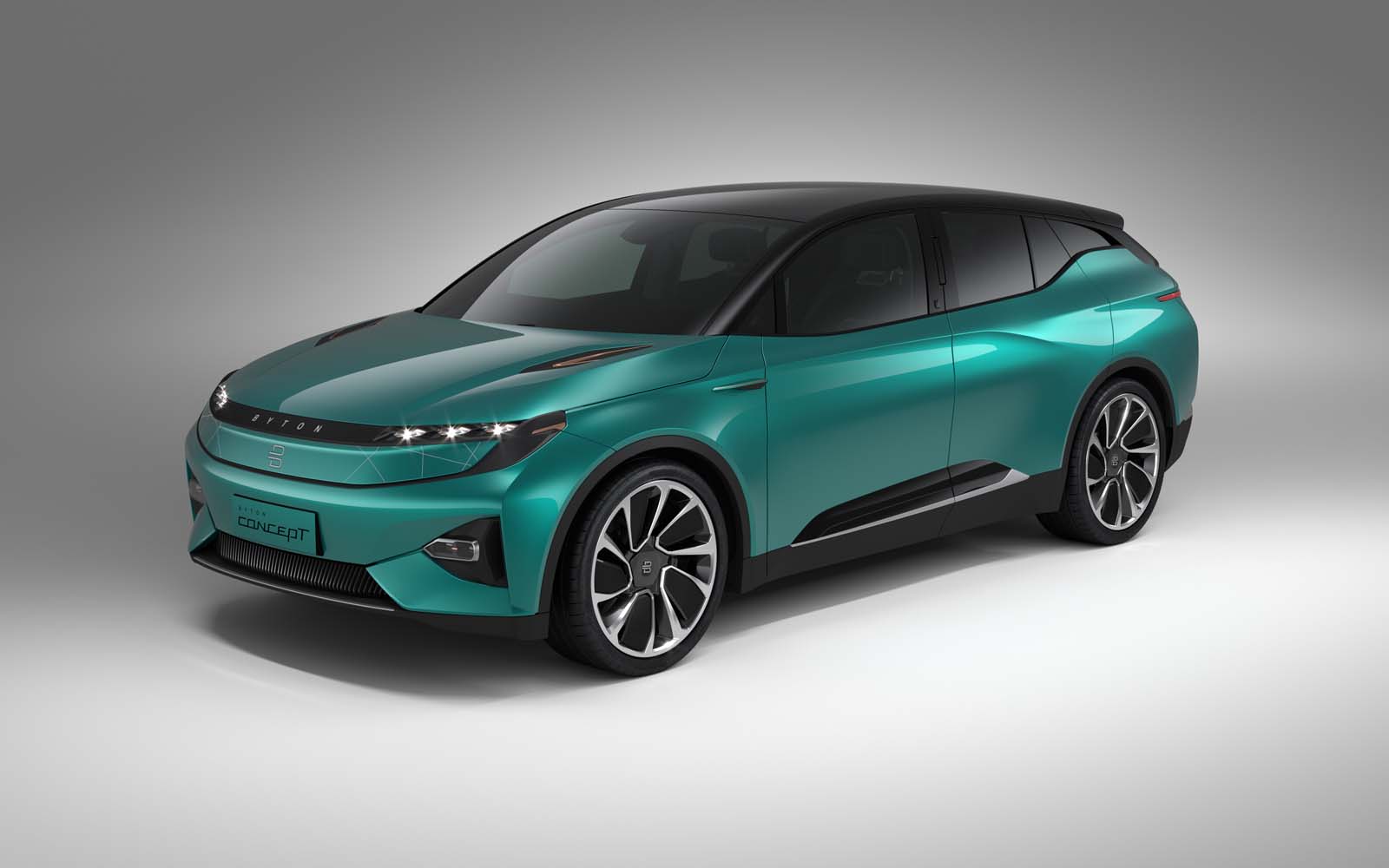 Byton revealed the near-production-ready version of its debut model at its European launch as part of Milan Design Week, last year.

The Concept, shown at the event in Milan, was described as being “85% there” by company boss Carsten Breitfeld, and builds on the version that was revealed at CES earlier this year. The firm says the focus of the machine is on allowing drivers to ‘enhance’ the time they spend in the car, rather than on-road performance.

In place of door handles, the Concept features facial recognition cameras that check biometric data and will unlock the door to authorised users only. 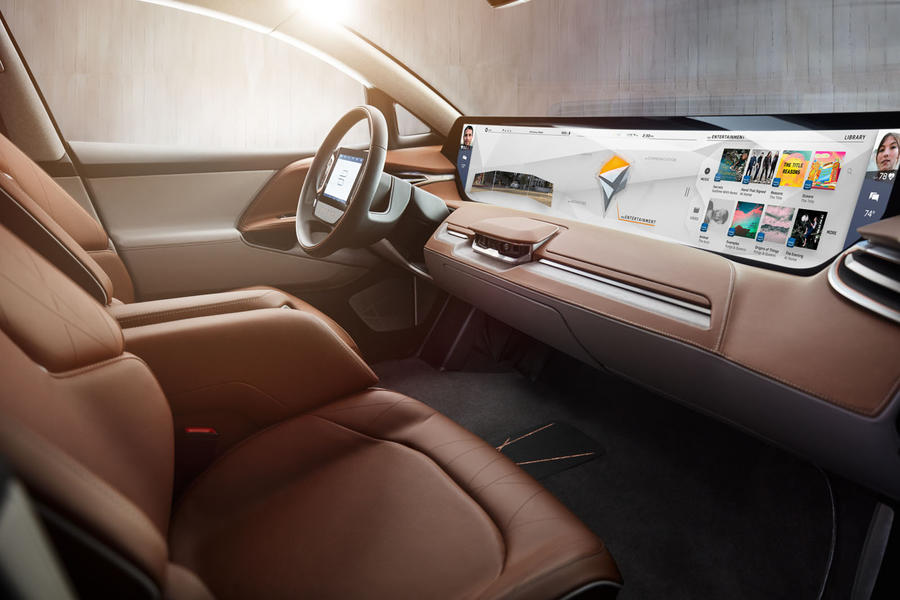 Minor modifications were needed to meet legal requirements, although Breitfeld described the touchscreen-dominated interior as being “series production ready”.

The all-electric car is due to go on sale in China late next year, before arriving in Europe and the US in 2020 as the firm's first model. 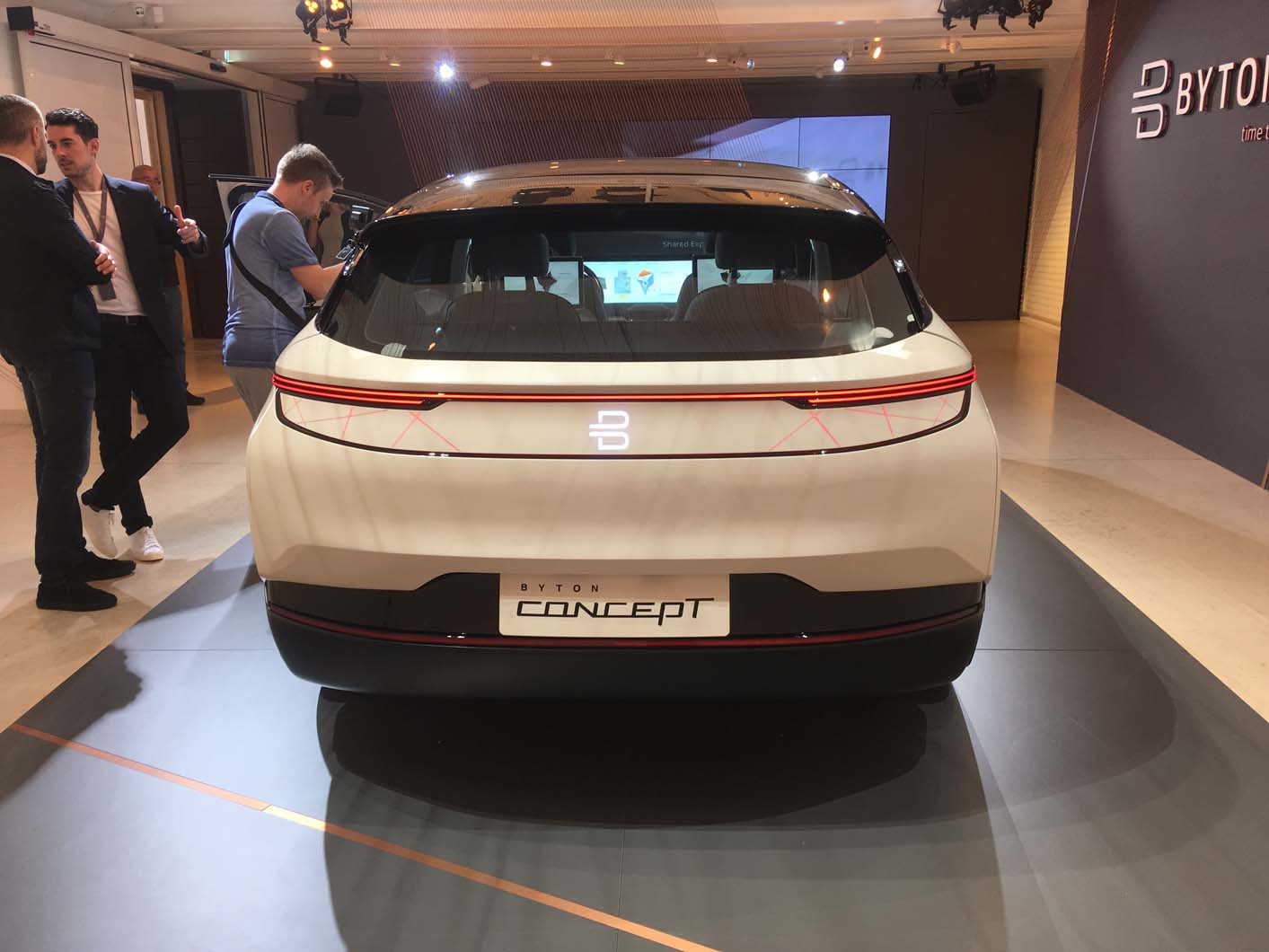 The SUV will feature a high level of driver assistance systems, along with features such as biometric recognition and a large infotainment display that works in conjunction with a ‘Byton Life’ cloud-sharing platform.

Byton's SUV will come with driverless car technology provided by industry expert Aurora. Aurora is headed by Google's former autonomous driving boss, Chris Urmson, and several pioneers of the autonomous car industry. Its technology enables level four autonomy, meaning it will be able to drive itself without any human input.

Byton said its SUV will feature driver assistance systems based around Aurora's suite of hardware, including cameras, ultrasonic sensors, radar and laser scanners. It has been designed so that components can be upgraded as technology develops. The vehicle architecture is designed for 5G mobile data connection, with speeds of up to 10GB per second. 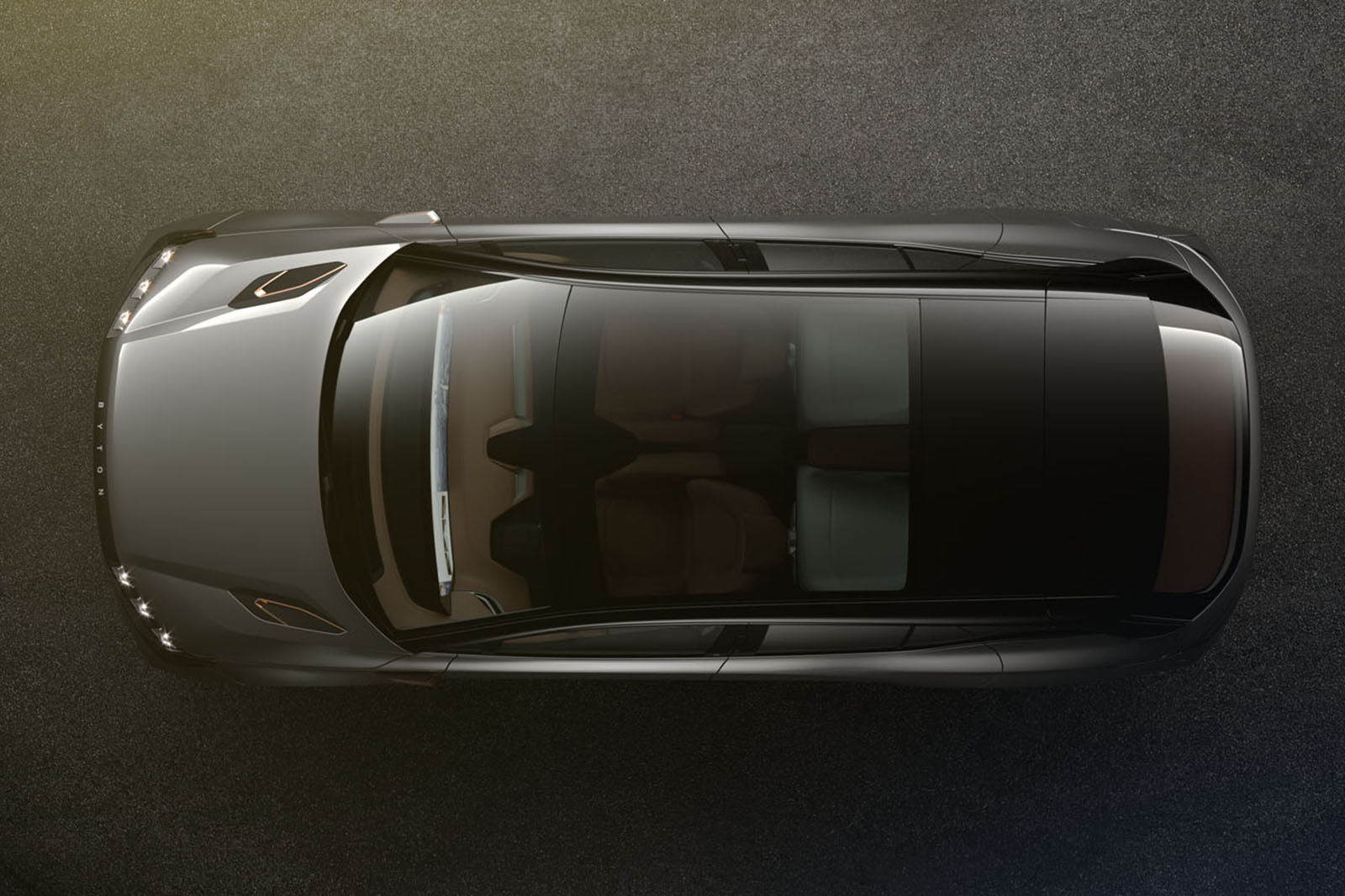 The new China-based company has development offices in the US and Germany, and its senior management team includes several experienced car industry executives.

The firm is headed by Carsten Breitfeld, who joined from BMW’s i division along with designer Benoit Jacob. The firm has also made other high-profile appointments, including new head of vehicle engineering David Twohig, who has moved across from Alpine. The firm’s marketing chief, Henrik Wenders, has also joined Byton from BMW’s i division.

While the addition of Twohig, whose new A110 has won much praise for its handling dynamics, suggests the importance of ensuring driving performance, Byton says the main focus of the brand will be on "the coming era of truly shared, smart mobility and autonomous driving". 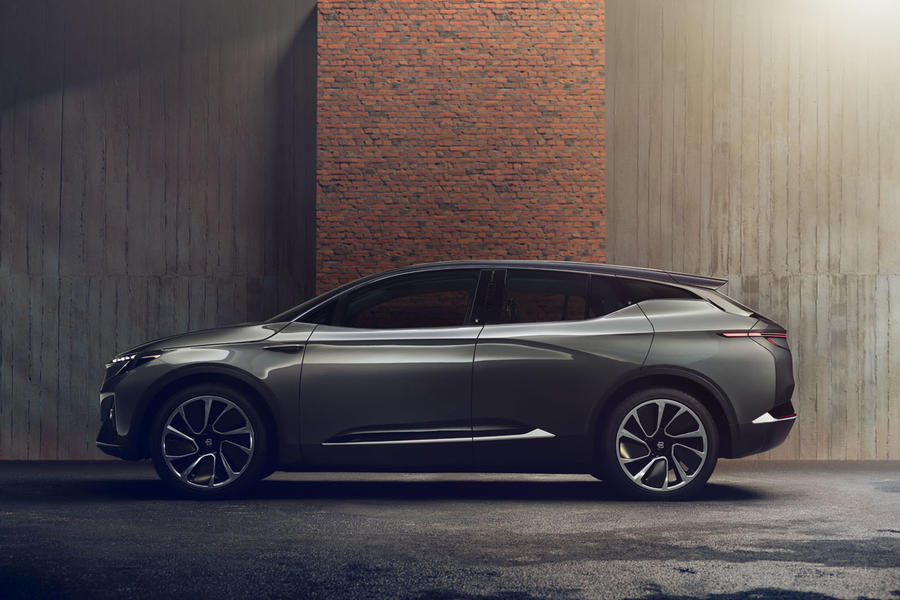 As with other new start-ups, such as the Geely-owned Lynk&Co, Byton will forego traditional dealerships in favour of a focus on online and a series of ‘brand stores’ that will be set up with partners.

Byton showcased the concept for its brand stores at the event in Milan and says they will offer "added benefits" to traditional dealerships by allowing customers to "immerse themselves in a range of topics where Byton is at home", including digital products and services. The first brand store will open in Shanghai at the end of this year.

Would I buy a car filled with electronic gadgets from a start up? ...we no. Make mine a Jaguar or Audi please.

Most of us have issue with the full width Dashboard display, a save assumption is most of it can be turned of at Night and just show relavant information, but I think it would distract during the Day also, so yes, do what you’d do for Night driving, beggars the question, why bother with a full width Dash...?

My life-long love of cars is starting to wane, if things like this are the future.

Where is that Mustang Shelby review...?