BACK TO ALL NEWS
Currently reading: Mercedes-Benz showcases new A-Class's 'luxury' interior
UP NEXT
Analysis: winners and losers in the automotive CO2 race

Mercedes-Benz has released the first official images of the new A-Class. They showcase the interior of the firm’s compact car, which has been completely overhauled to give it a more premium feel.

The current A-Class is the firm’s best-selling UK model, accounting for around 40,000 of the 168,000 cars Mercedes sold here last year. The new, fourth-generation model is due to be launched at the Geneva motor show next March, spearheading an expanded, eight-model compact car line-up.

Christoph Eberlein, Mercedes’ compact cars product manager, told Autocar: “Some people want a small car because they live in a city or need to save space, but they still want to have all the luxury features and options. This is a luxury design for compact cars. Small doesn’t have to be non-premium.” 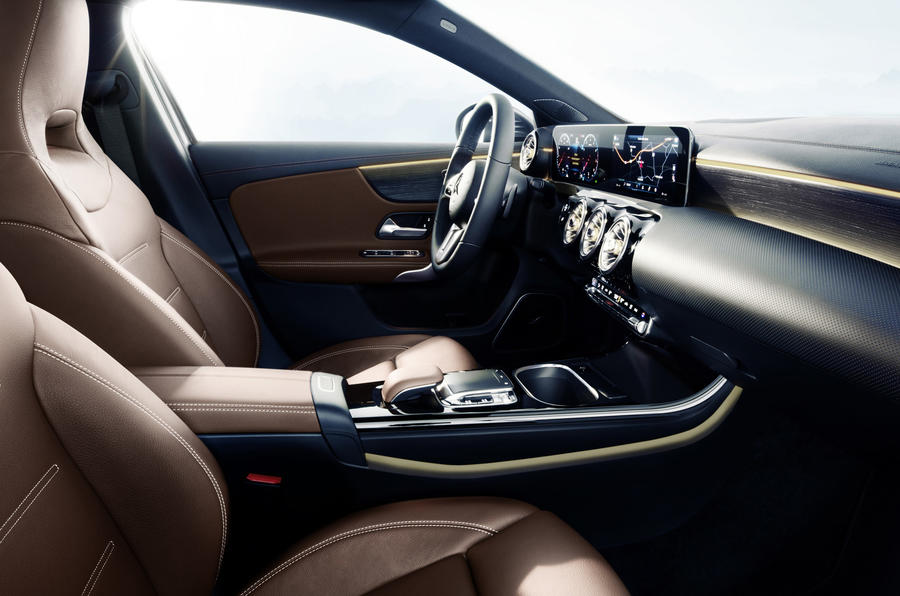 The new A-Class will also feature a far greater level of in-car technology and options. Hartmut Sinkwitz, the brand’s director of interior design, says this was driven by average A-Class buyers being younger than those of other Mercedes models.

The revamped dashboard design features two horizontal sections, split by a ‘trench’ that features ambient lighting to create a greater sense of space. The upper section features Mercedes’ distinctive twin-screen widescreen cockpit. The entry-level trim will feature two 7.0in screens, but the car will also be available with 7.0in and 10.25in screens, or twin 10.25in screens. 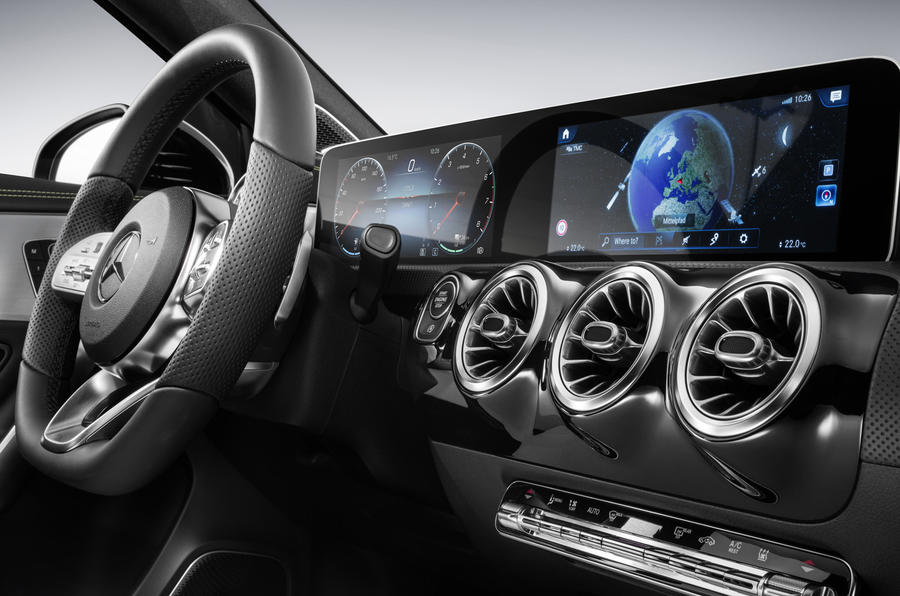 The dash design also includes five distinctive, turbine-style air vents, one of a number of elements designed to give the car a more ‘emotional’ feel. The air vents also feature adjustable ambient LED lighting, which is available with up to 64 colours and 10 mood programmes.

The new A-Class features the three-spoke, multifunction steering wheel from the S-Class. Mercedes has also reworked the seats, which now feature optional seat heating and climate control for the first time in the model.

The car will be offered with three trim levels: entry-level Style, performance-themed AMG-Line and Progressive. The latter replaced the Urban trim on the previous A-Class and puts an emphasis on design and comfort.

Eberlain said the trims, which are customisable with a range of exterior and interior trim and colour options, have moved away from strict price bands. “Style is the most affordable, and AMG-Line and Performance are more fancy, but they’re not directly in a hierarchy,” he said. “They take different inspirations of design depending on your appeal.” 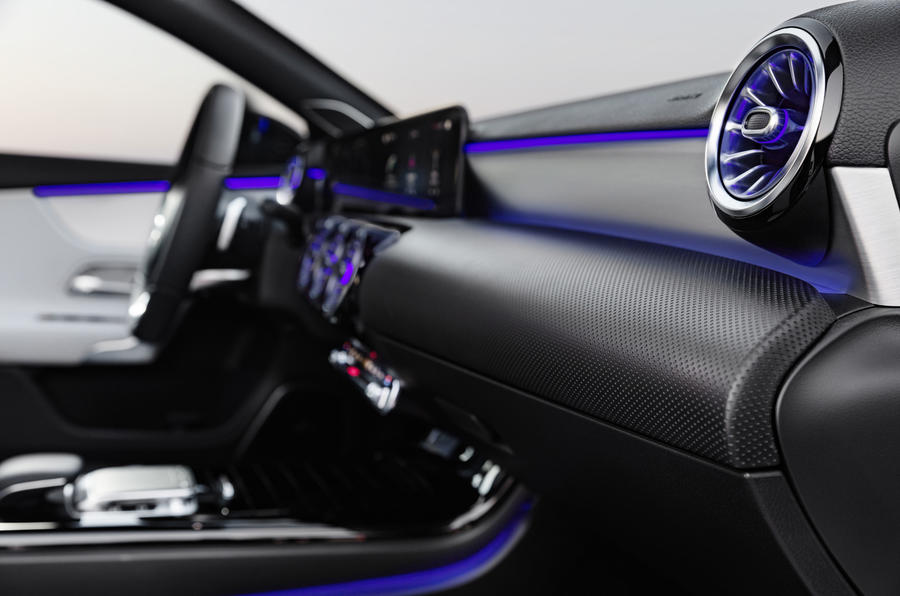 The boot of the A-Class, a weak point of the previous car, has increased by 29 litres to 370 litres, which is closer to its class rivals than previously. Mercedes also says the space has been made more useful by a 20cm wider loading aperture. The firm used CAD data to virtually test how easy it was to load more than 70 different items, including a pushchair, crates or drinks and a golf bag.

Mercedes also says visibility has been improved by slimming down the A, B and C-pillars, with maximum head room in the front increased by 7mm to 1024mm.

Mercedes has yet to set pricing for the new A-Class. It is likely to be near or above the existing model, with Eberlain suggesting the new focus on luxury would be balanced with affordability. “We are going for a premium feel," he said, "but compact cars still need to be approachable for everyone. It’s more about design and taste than price.”

What about rear passengers

While the front seats look good, when I tested sitting in the GLA rear seats I found those high headrests made me feel claustrophobic, couldn't see enough of what was on front.
Anybody else tested this?
oaffie 23 November 2017

Not fan of this.  I like the current E-Class cabin, in fact I think it is one of the best interiors currently around, this new A-Class just looks rubbish.  It has that stupid 'stuck on' look that seems to be he current trend with infotainment screens except now even the instrument panel looks stuck on.

All that marketing drivel just seems like it is going to be an excuse to charge an extortionate amount of money for a small car.

beam me up Scotty

Far fetched and totally interfering with driver concentration - I wouldnt go near it and be terried some jerk coming the other way driving one is watching something much more interesting than the boring road ahead!