A year on from its mid-life facelift, the second-generation Nissan Qashqai is comfortably still the country’s most popular crossover - but this is a rapidly growing corner of the market, and competition is fierce.

Rivals were beginning to eclipse the class-defining Qashqai with more dynamic handling and more up-to-date infotainment - although not, it must be said, with higher sales. So, to maintain its position at the top, Nissan has fired back with a focus on technology and a brace of new engines.

There’s now a single petrol, a 1.3-litre turbocharged four-pot, which replaces the 1.2-litre and 1.6-litre units. It's available in two states of tune, and both versions are more efficient than the engines they replace, with improved fuel economy and lower emissions courtesy of a petrol particulate filter. Plus, they are tuned to deliver more torque at the lower end of the rev range - something lacking in the old 1.2.

The more potent 158bhp engine can now be mated to a seven-speed dual-clutch automatic gearbox, a first for any mainstream Nissan and following in the tyre treads of the flagship GT-R supercar. It is the model tested here, in top-end Tekna trim.

The petrol is joined by a 1.5-litre diesel at launch and will be followed by a 1.7-litre oil-burner in early 2019. The latter will reintroduce a CVT transmission to the range, along with four-wheel drive. All petrol models are front-wheel-drive only. 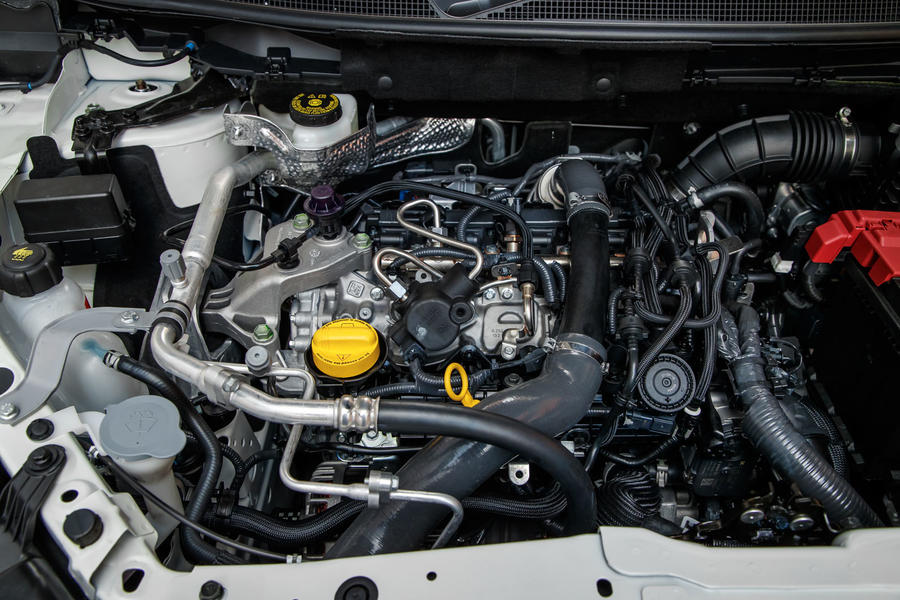 Quiet, composed and a world away from the droney CVT of the outgoing car, the dual-clutch gearbox shifts smoothly and makes for a more pleasant drive all round. It’s a full second slower to 62mph than the manual, at 9.9sec, but downshifts are fast enough that overtakes are never a concern. There’s also no real emissions or fuel consumption penalty for opting for the auto over the manual.

The more powerful engine is sprightly, with a fairly linear power delivery, but unless you’re carrying a full contingent of passengers and luggage, performance isn’t that much greater than that from the 138bhp unit to make it worth the £1100 premium (£2550 with the auto ‘box).

The Qashqai feels less composed on British B-roads than it did on Barcelona’s smoother Tarmac at the car's European launch, fidgeting and riding firmly over bumps that are clearly felt inside. A short drive in a model running on 17in wheels, rather than Tekna's 19in set, revealed a much-improved experience, absorbing undulations better and making for a more pleasant drive for all passengers.

Inside, the updated Qashqai is much like the old car, which means a largely well-built interior comprised of soft plastics up top and harder ones below your line of sight. There’s ample room for rear passengers, even with the panoramic glass roof eating somewhat into the available head room, and a generous, 430-litre boot - although this is still some way off the class leaders'.

The overhauled infotainment system makes a big difference, replacing the rapidly ageing old touchscreen with a more responsive unit. Sharper visuals and iPad-like multi-touch gestures make interactions intuitive, although it could be a little quicker to react at times. Android Auto and Apple CarPlay smartphone mirroring are both welcome additions, and Nissan has kept its useful shortcut keys so you don’t need to operate everything through the screen.

Sat-nav mapping is provided by TomTom, and while the visuals look a little old-hat, functionality is better than that of more visually attractive systems. That’s true of the Qashqai's entire system: it does much and is easy enough to use, but it looks less advanced than better-designed rivals'. 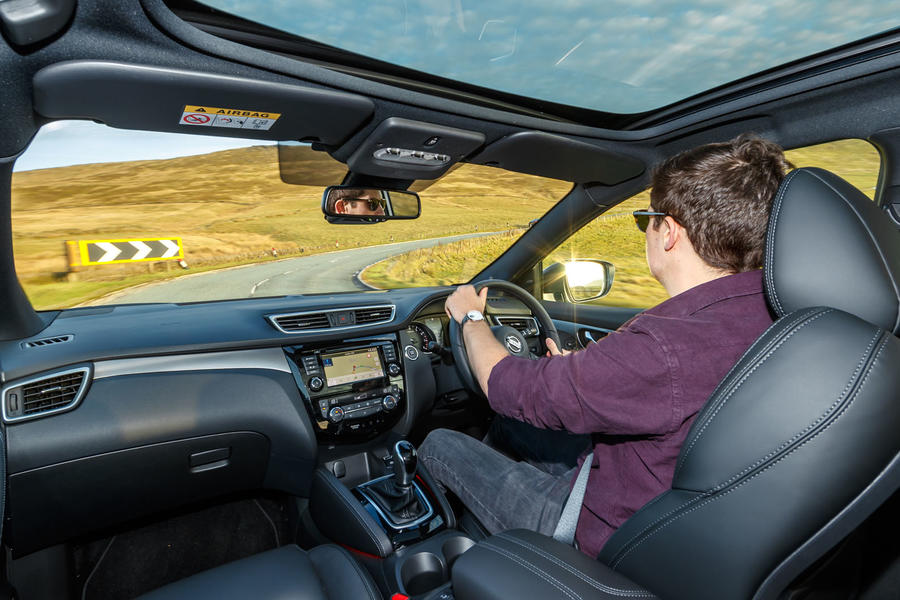 There’s a reason the Qashqai is the UK’s most popular crossover hatchback. It’s just so well-rounded, and the changes made ensure it isn’t wildly outclassed by any of its main rivals.

In top-end Tekna spec, it rides firmly, due to its large wheels, making it less of a comfortable cruiser than it can be, and the extra shove provided by the 158bhp engine is only going to appeal to those regularly running heavy loads.

As the mid-range models still get a generous amount of equipment, a 138bhp engine and N-Connecta trim will likely prove the most popular combination. This stands to improve on the four-star score awarded here, although it does forego the option of an automatic gearbox.

While some welcome infotainment upgrades keep the Qashqai competitive, the Seat Ateca is more engaging to drive and the Skoda Karoq has the edge on practicality. Neither of which will likely stop the Nissan from proving as popular as it ever has. 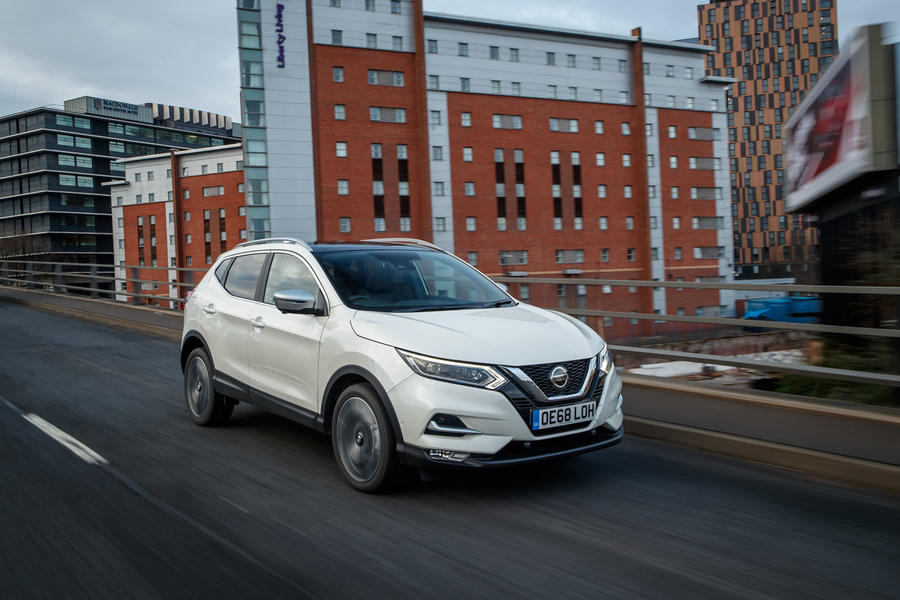 Nissan has a good designed structure and a good colours.

A 21st century Cortina for a fatter generation.

The difference wheel size and all the variables associated with wheels and tyres can make is incredible but most drivers aren't aware because they will never drive the same model with different wheel setups.