BACK TO ALL TOP 10s
Currently reading: Top 10 Best family SUVs 2021
UP NEXT
Grand tourers

Dominated by premium offerings, this chart is populated by some of the best family cars on the road – vehicles that can cope with the school run as well as tackling wintery conditions, mildly rugged terrain, trips to the tip, towing duties and long-distance motorway cruising.

It's a hotly contested and strategically important segment where style, safety and space rank at the top of the agenda for buyers and, often, room for seven occupants is required. That importance is underestimated by manufacturers at their peril, given that the segment has effectively obliterated the MPV market and is only expected to grow in the future. Despite a lack of variety in the styling and approach taken by many, it's now a fairly diverse segment that has attracted different brands into the fold of SUV making. Many models are now available as tax-friendly plug-in hybrids too, as manufacturers scramble to grab a bigger slice of the increasingly emissions-conscious fleet market. Here are our favourites.

It's hard to pick faults with such a classy and consummate all-rounder as the Audi Q5, although slightly anodyne handling is what will prevent the car from really appealing to keener drivers. This shortcoming hasn’t prevented the Q5 from emulating the sales success of its predecessor, a car that became the best-seller in its segment in nearly every country in which it was offered.

Although a pricey option with a long options list, the Q5 is quiet, practical and desirable, with outstanding driving refinement and material finish. Keeping in step with the times, there are now a couple of plug-in hybrid versions available as well. The 55 TFSIe is a particularly smooth operator, with its electric motor and 2.0-litre turbo petrol four-pot combining to produce a compelling 362bhp and 369lb ft. Keep its battery topped up and you’ll be able to make the most of its potential 26-mile range - and see your fuel bills drop in the process.

Save money with new Q5 deals from What Car? 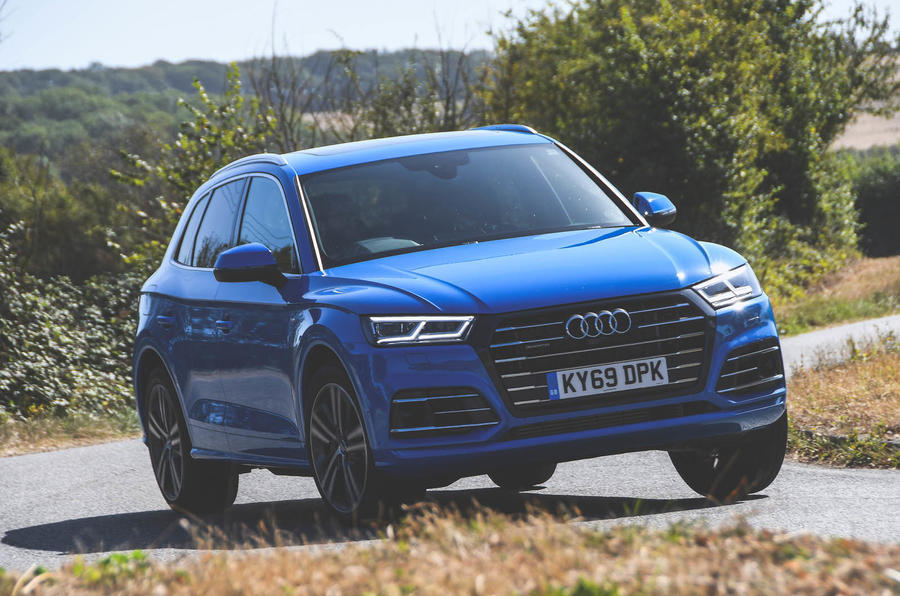 What's this: a decent-handling mid-range SUV? Before BMW set about making SUVs, the idea would have been borderline laughable - but the BMW X3 has handling appeal down, and then some.

The X3 has powertrains with top-drawer driver appeal, even if the smaller diesel offerings can be a touch unrefined when pushed. Admittedly, the plug-in X3 xDrive30e PHEV might not shine quite as bright as its conventionally powered range-mates dynamically, but in all other areas, the X3 is a winner, and a close-run second to the Audi Q5. Standard equipment is a bit mean on some trim levels, but the car's perceived quality is above that of almost all others and its on-road manners are hard to fault, even on run-flat tyres.

Save money with new X3 deals from What Car? 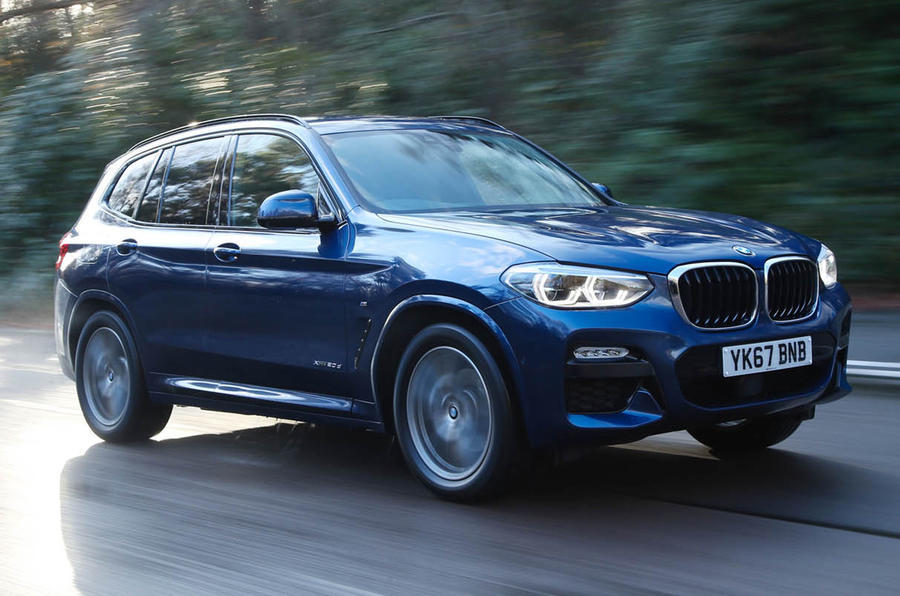 The Discovery Sport might be the entry-level Land Rover in the showroom range, but it isn't short on trademark Land Rover capability, comfort or charm.

Facelifted for 2019, the Discovery Sport now sits on the same PTA platform as the Range Rover Evoque but hasn’t lost out on any of the characteristics we liked about the original. It’s still higher-riding than many of its opponents, affords better visibility and 4x4 capability than many, and feels more like a traditional SUV to drive than some while still handling in an impressively tidy fashion. It has a practical interior - a huge selling point in this segment - that has now been given a much needed lift in premium appeal.

Its petrol and diesel engines are now supplemented by 48V mild-hybrid architecture in a bid to improve fuel economy, and there’s an excellent P300e plug-in hybrid version available, too. If you want a family SUV with more off-road ruggedness than the class average, the Discovery Sport delivers that with very few associated compromises.

Save money with new Discovery Sport deals from What Car? 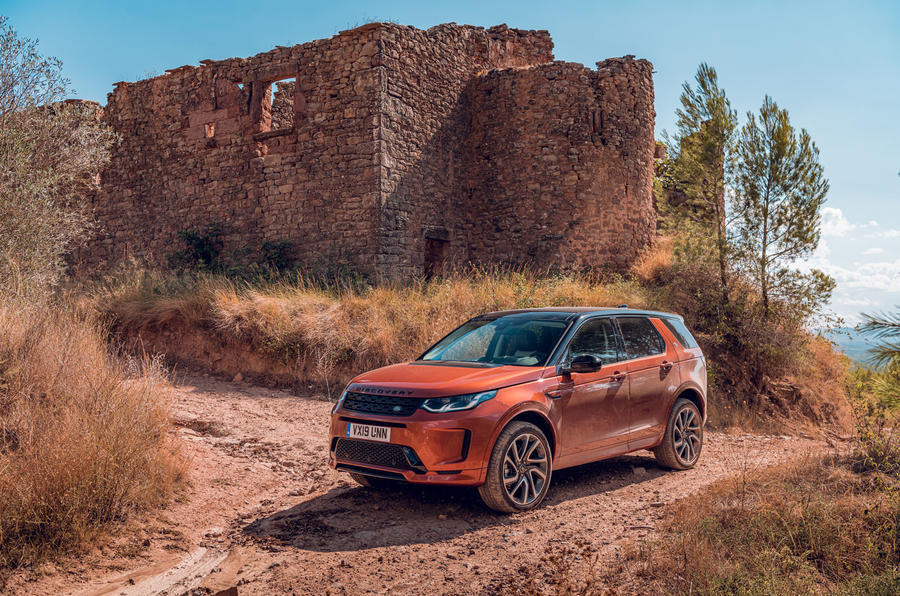 Jaguar's first SUV is a doozy, with remarkable handling, plenty of cabin space and looks that rocketed it to the top of Jag's range as its best-selling model until it was overtaken by the smaller E-Pace.

There are one or two details that detract a little from the overall driving experience: among them some undistinguished four-cylinder diesel engines, a hesitant automatic gearbox and a slightly jittery, noisy ride in certain specifications. There's room for improvement, too, in the car's steering. But the F-Pace is still a fine-handling car and a very creditable achievement for Jaguar. The go-faster F-Pace SVR is an absolute riot, too, and is a fine example of a brilliantly executed performance SUV.

The F-Pace was facelifted in late 2020 and the new models - including a new plug-in hybrid - are due to arrive imminently. We’ll let you know what they’re like as soon as we've driven them.

Save money with new F-Pace deals from What Car? 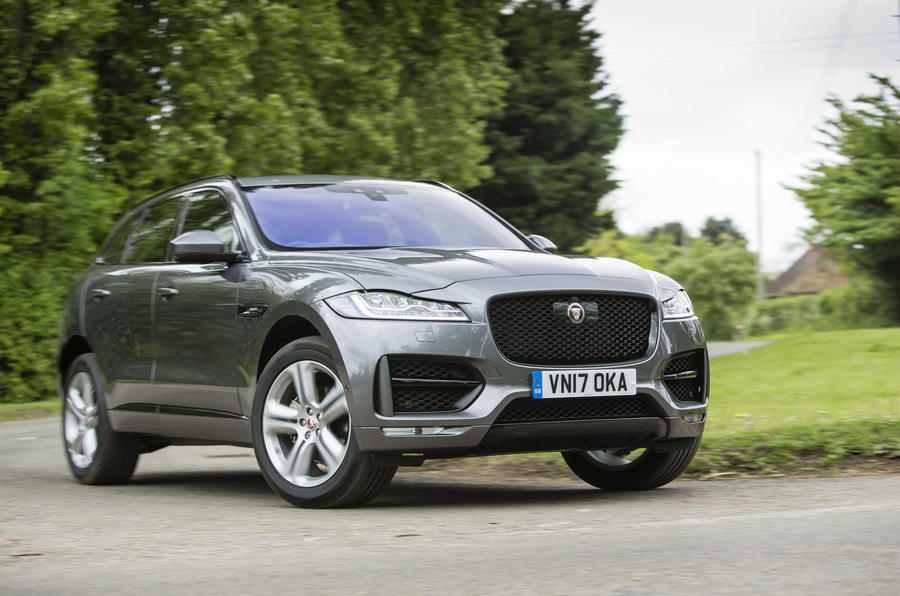 The Kodiaq is our top family SUV not to come from a premium manufacturer and it undercuts even the cheapest of the plusher offerings on this list by a not insignificant sum.

So what are you sacrificing? A chunk of premium-feel materials for a start, although everything feels well screwed together. The top four SUVs on this list all have better-balanced handling and ride quality than the Kodiaq, but not all of them offer a third row of seats.

Aside from the slightly over-firm and remote way in which the Kodiaq drives, though, there's little room for improvement. An oily-bits facelift could easily rectify its main problems.

Save money with new Kodiaq deals from What Car? 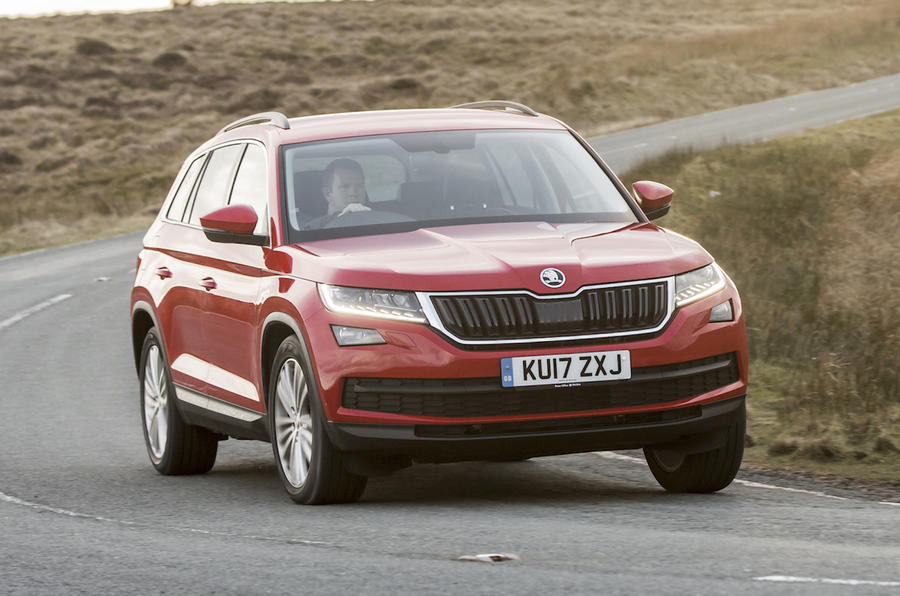 The second half of our top 10 is where the handling element sorts the class leaders from the also-rans.

The updated Mercedes GLC, with its well-appointed and luxurious-feeling interior, deserves its place in the top 10, but its numb steering means it's far from the first choice for keen drivers. It's more car-like to drive than many of the full-blown SUVs on this list, but it also rides less serenely than a Mercedes-Benz should on standard steel coil suspension, making it harder to recommend in base spec. On optional air suspension, though, it's among the most laid-back, effectively comfort-oriented cars in the class - and well worth considering.

Save money with new GLC deals from What Car? 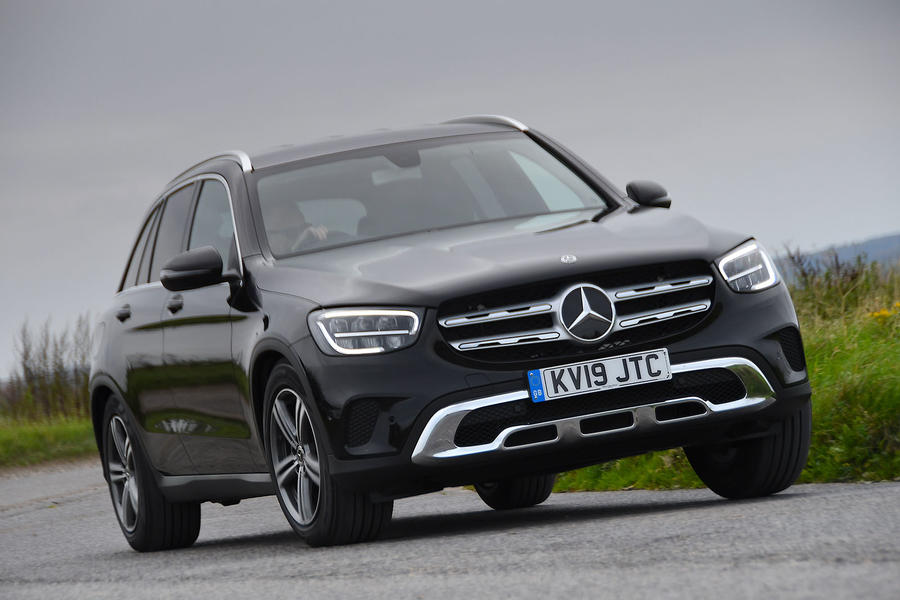 Alfa Romeo took the platform and engines that made the Giulia, added some ride height and four-wheel-drive technology and created a fine-handling SUV in the shape of the Stelvio.

Remarkable handling and typical Alfa Romeo film-star looks come as standard, with a strong if gruff diesel engine to boot. Unfortunately, Alfa's focus on decent handling has resulted in a slightly restless ride on poorer UK roads, and some of the cabin materials feel plain and cheap - just as they do on the Giulia.

A facelift during 2020 improved things ever so slightly in this respect and added a new infotainment system and improved driver aids, but it’ll still take a keen eye to spot the differences between this and the original. It's priced reasonably competitively, though, if not quite to the extent that it was at its launch three years ago. Still, it’s one for the keener driver, without question.

Save money with new Stelvio deals from What Car? 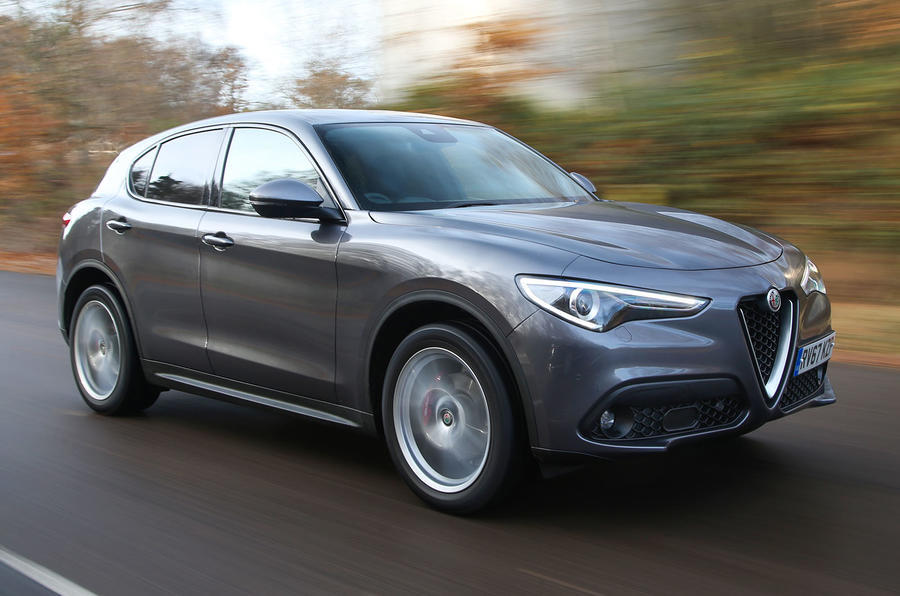 It was the safest car ever tested by Euro NCAP at its launch in 2017, and all this time later, it’s still one of the most handsome family SUVs currently on sale.

It's not the last word in driver appeal, but as a slick, comfortable family wagon, there’s plenty to recommend here. Volvo has revised its engine line-up, too, so that all XC60 variants now offer some form of electrification. The ‘B'-series petrol and diesel models now have 48V mild-hybrid architecture for fractional reductions in fuel consumption and CO2 emissions, but it’s the T6 and T8 Recharge plug-in hybrids that offer the greatest potential for low-cost running.

Save money with new XC60 deals from What Car? 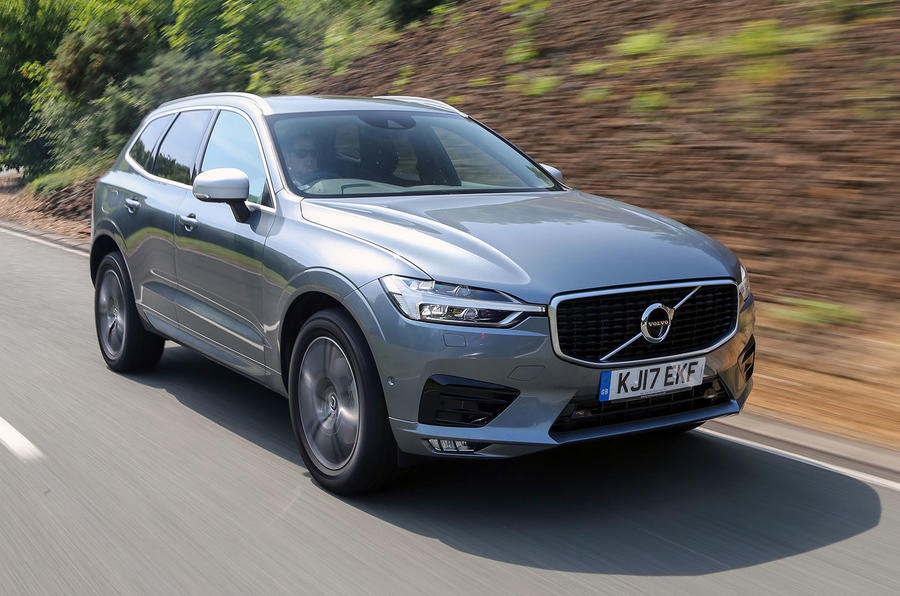 The Tarraco is Seat's first attempt at a full-sized SUV and it’s a pretty good looking one. Being a Volkswagen Group product, this Spanish SUV shares practically everything with the Skoda Kodiaq although, unlike its sibling, the Tarraco comes equipped with seven seats as standard across the range.

It feels a touch more incisive and agile than other SUVs of its size, but this sharper handling does seem to come at the expense of rolling refinement and outright comfort. In a car such as this, comfort and refinement should arguably be of greater focus. Still, the interior is well finished and the petrol and diesel motors are impressively refined. It's priced fairly competitively, too.

Save money with new Tarraco deals from What Car? 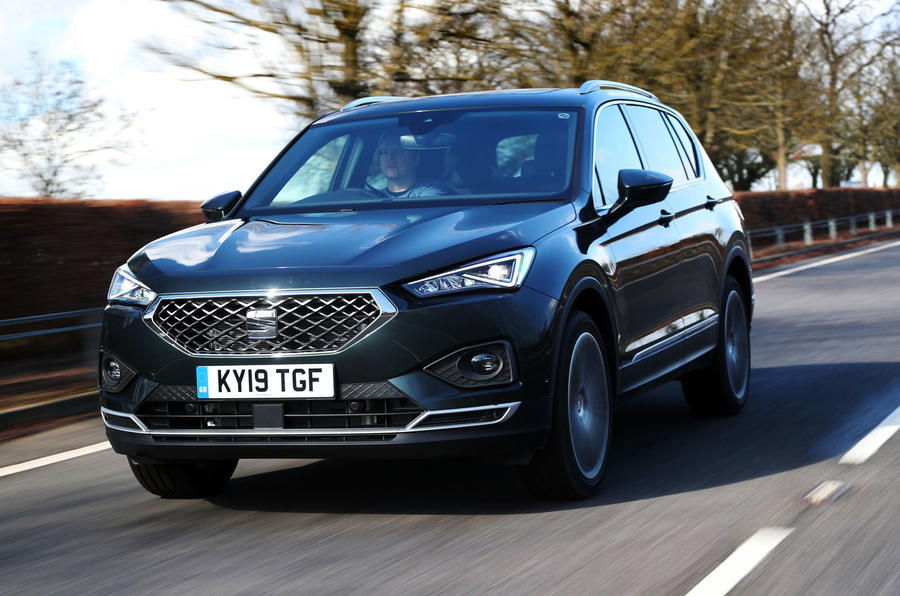 Well, the Sorento has really come a long way since the bland, boxy original model that turned up in 2002, hasn’t it? On design appeal alone, this new fourth-generation model easily has what it takes to mix it with the genuine premium players in this class.

Thanks to its cavernous interior and seven-seat layout, it wins serious points for being one of the most spacious, practical and versatile cars on this list. With an appealingly affordable price,  it would seem on the surface that there’s very little this handsome Korean SUV can’t do.

There is a but, though. Its conventional hybrid powertrain isn’t quite capable of delivering the gains in fuel efficiency you might hope to see during city driving, and dynamically it’s nothing to write home about, either. It’s refined and comfortable enough at a steady cruise, but dig a little deeper and it begins to show itself up - particularly where body control is concerned.

Still, as a practical, well-made, well-equipped and sensibly priced family SUV that’s easy to drive, it has a lot going for it. The diesel models offer decent refinement and performance, too. It’d arguably be more of a head-over-heart choice than any other car on this list, but there’s nothing much wrong with that.

Save money with new Sorento deals from What Car? 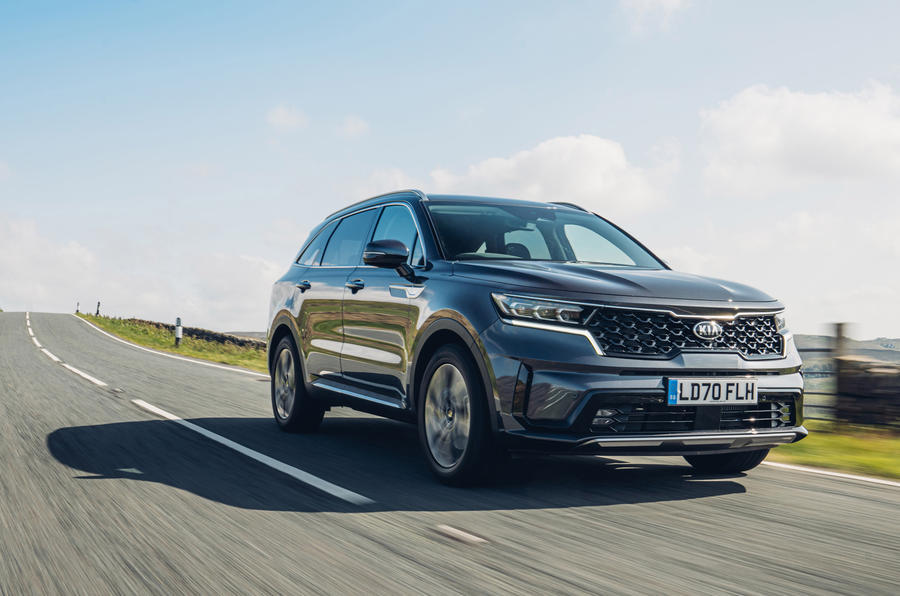