BACK TO ALL NEWS
Currently reading: Why car firms use other people's engines - and does it matter?
UP NEXT
BMW opens door to M1-inspired electric supercar

Why car firms use other people's engines - and does it matter?

Manufacturers fit other people's engines to their own cars for myriad reasons. But does it damage a brand’s credibility?
Open gallery
Close

So, the new Aston Martin DB11 is now available with an engine not made by Aston Martin, but Mercedes-Benz.

Aston Martin may be able to tune it a little to produce a bespoke power output or sound, but these are relatively minor mods that affect in no way the truth that this is someone else’s engine. The question is: does it matter?

To me, the answer is emphatically that it does not. The truth is that engines are abominably difficult, expensive and time-consuming things to design, and most small sports car companies simply don’t have the resources to do it (and even if they did, they’d be much better off spending the money elsewhere).

There is no better example than Aston Martin, which, in its entire post-war history, has designed from scratch just two of its own engines: the straight six used in the DB4, 5, 6 and S, and the V8 used in the DBS and all other Astons with the exception of the DB7 up until the turn of the century. Both were nightmares to develop. Everything else was designed elsewhere, from the motor Aston inherited when it bought Lagonda after the war and used in the DB2 (designed by none other than WO Bentley) to the V8 used in the current Aston Martin Vantage, which was originally sourced from Jaguar. Even the current V12 can trace its roots back to the union of two Ford V6 motors. 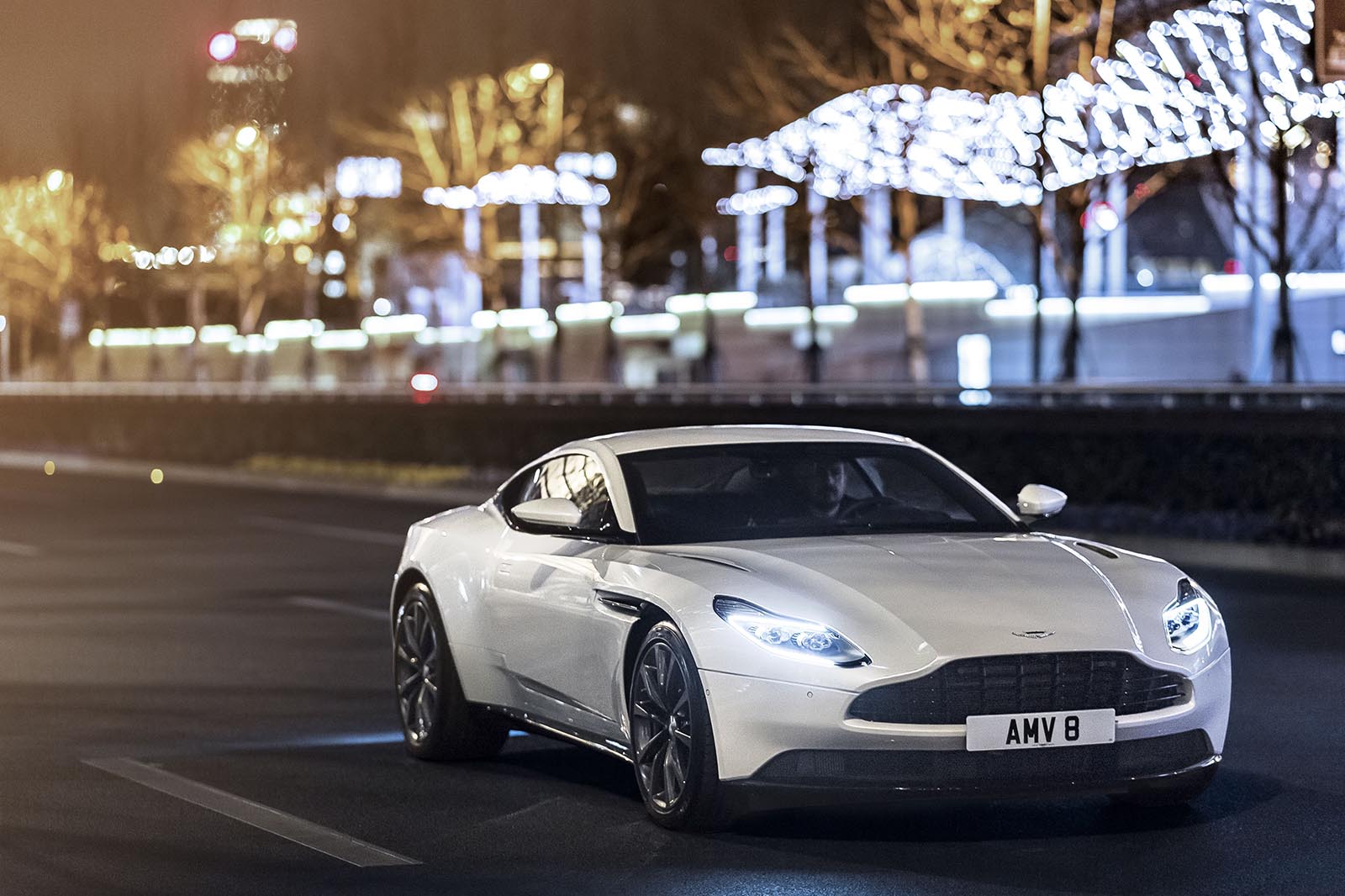 Some of the world’s greatest cars use other people’s engines (OPE). The McLaren F1 famously used a 6.1-litre engine sourced from BMW, and arguments rage to this day as to what engine or engines from BMW’s standard range it was based on. The engines in modern McLarens have evolved beyond recognition but are still ultimately derived from an IndyCar engine developed for Nissan by Tom Walkinshaw Racing but never used. Even the W16 engine used in the Bugatti Bugatti Chiron and Veyron can trace elements of their architecture back to the W8 engine that appeared briefly and somewhat implausibly under the bonnet of a Volkswagen Volkswagen Passat.

Aston Martin is not the only small manufacturer to abandon the idea of doing its own clean-sheet engine designs. Remember the Lotus Esprit V8, with its beautifully compact and pretty home-grown 3.5-litre twin-turbo engine? If ever there was an engine that was better on the drawing board than on the road, this was it.

It sounded terrible and had serious early reliability issues. Ever since, Lotus has sensibly relied on OPE. 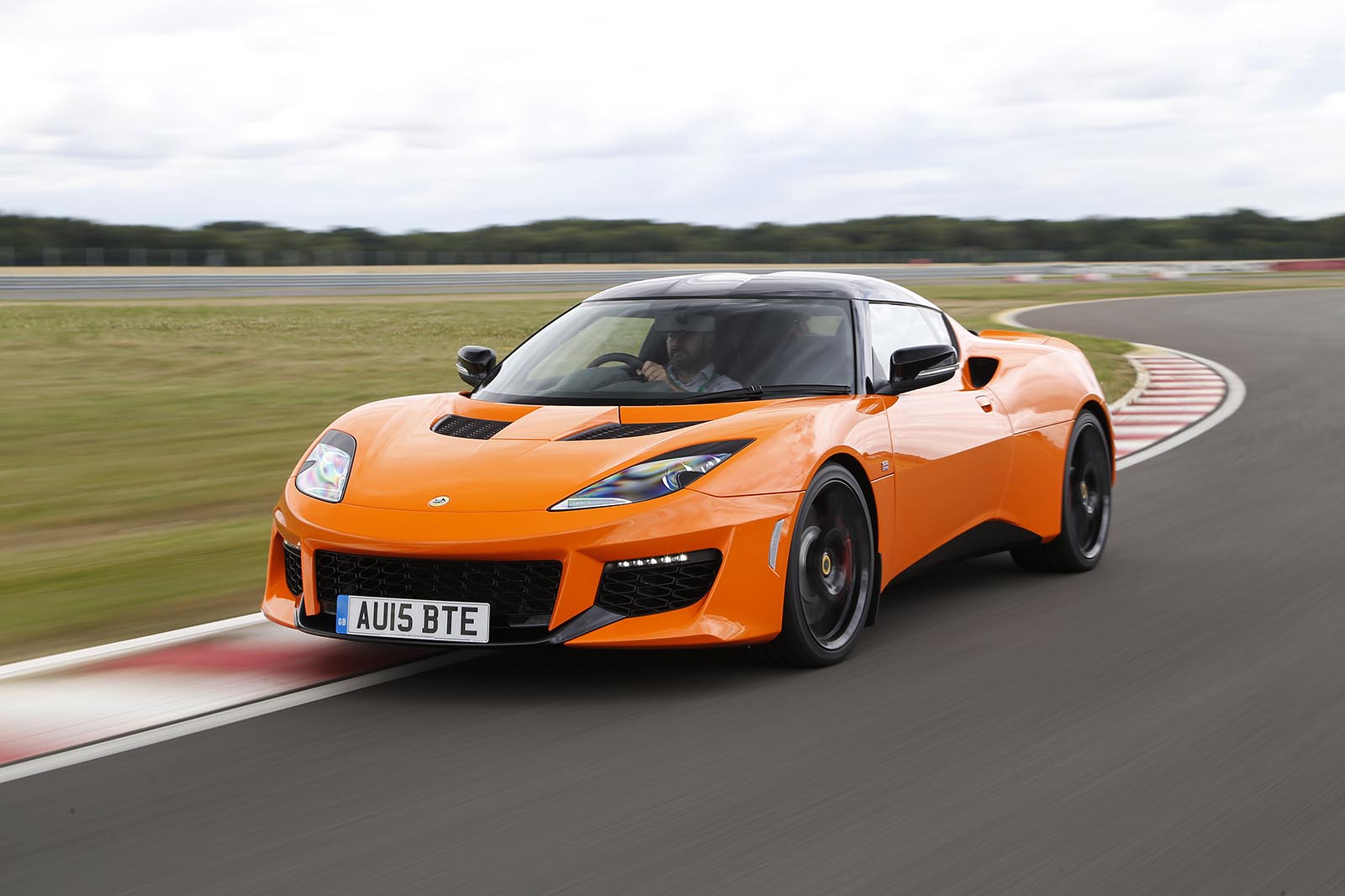 It is quite remarkable what can be done with engines sourced from elsewhere. Drive a Lotus Evora 400 and you might struggle to associate the growling monster in the engine bay with a motor that started life in a Toyota Camry. If you were lucky enough to grab a ride in the Noble M600, you might find it even more fanciful that the 600bhp motor and its ability to apparently puncture time itself was more usually found under the bonnet of an old Volvo XC90 SUV. It’s not what you’ve got, it’s what you do with it that counts.

Years back, a few of us spent a weekend building a Caterham Seven for a feature, powered by the well-known ‘red top’ 2.0-litre Vauxhall engine designed for Cavaliers and Calibras. But installed in a car weighing the same as a tube of toothpaste, with a pair of 45mm Weber carbs strapped to one side as close to a straight-through exhaust as was possible on the other, it turned into a rampaging maniac of a motor without the smallest modification required inside.

Of course, sometimes the OPE approach can go too far. In 1998, Jaguar showed the XJ220 supercar, powered by its own V12 engine topped by four-valve heads. People made wealthy by the hard-charging bull market of the era formed an orderly queue. Spool forward four years to 1992, when the production version arrived, and the world was in a far less rosy economic place. And the V12? It appeared to have halved in size. In fact, the new 3.5-litre V6 engine had been sourced from a Metro. Yes, it was quite a special Metro – the 6R4 rally car – and had already done great work powering Jaguar’s own Group C cars, but those looking to bail out of a commitment made in different times used the engine swap as an ideal excuse to do exactly that. Acrimony was to follow. 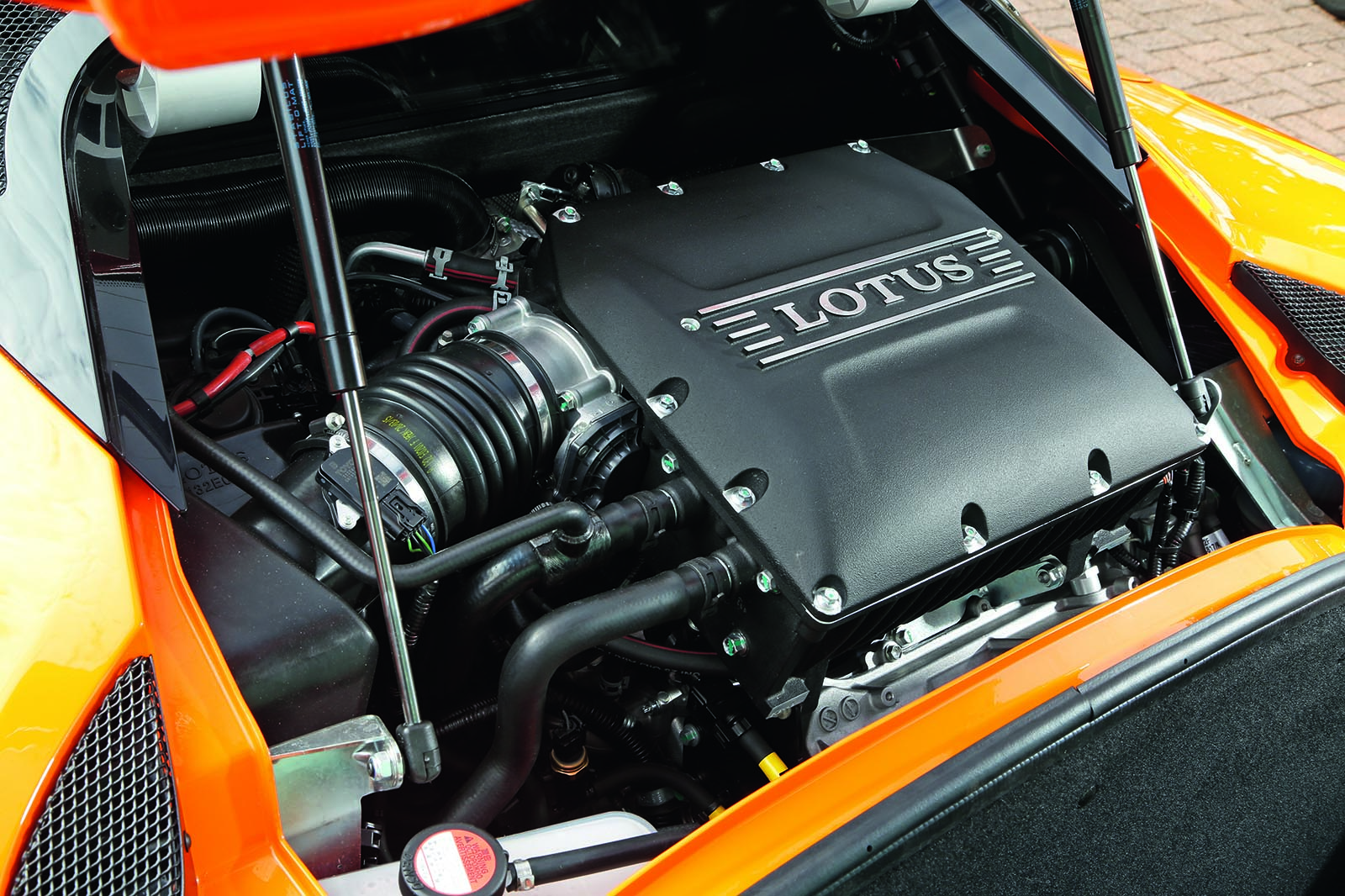 But then there are times when the other thing happens, when a completely unremarkable car gets transformed by another person’s engine. The best example I can think of is the Lancia Thema 8.32, which was built on the same platform as the Fiat Croma and Saab 9000 but powered by an engine from Ferrari. Actually, it was better even than that: to make it more suited to a saloon application, Ferrari fitted a crankshaft that fired at 90deg rather than 180deg intervals, so it sounded like it could have been designed in Detroit. It is, to date, the only Ferrari V8 configured in this traditional way rather than as, in effect, two four-cylinder engines on a common crank.

Yet of all OPEs, and talking of Detroit, the Americans have made more than everyone else put together. Without the Ford V8, there would have been no AC Cobra, nor any De Tomasos. Bristol and Jensen were entirely dependent on Chrysler motors, and more start-up supercar companies relied on General Motors’ big and small-block powertrains than all the others put together. Powerful, affordable, reliable and available, the ubiquitous ‘Chevy V8’ is the ultimate example of the OPE.

What’s more, we should expect the use of other people’s engines to increase. Such are the emissions regulations these days that it is now more difficult and expensive to design a brand-new engine today than ever before. It is to its eternal credit that Ferrari still does, but this is a brand defined in large part by its engines. For almost every other low-volume producer, OPEs aren't just convenient; they are life-saving.

The Ford Cosworth DFV reigns supreme and this year celebrates its 50th anniversary. Best known for its Formula 1 applications, where it won 12 out of 15 drivers' titles between 1968 and 1982 and at its mid-1970s peak powered often every single car on the grid save a pair of Ferraris, the engine and its derivations were far more successful even than that. 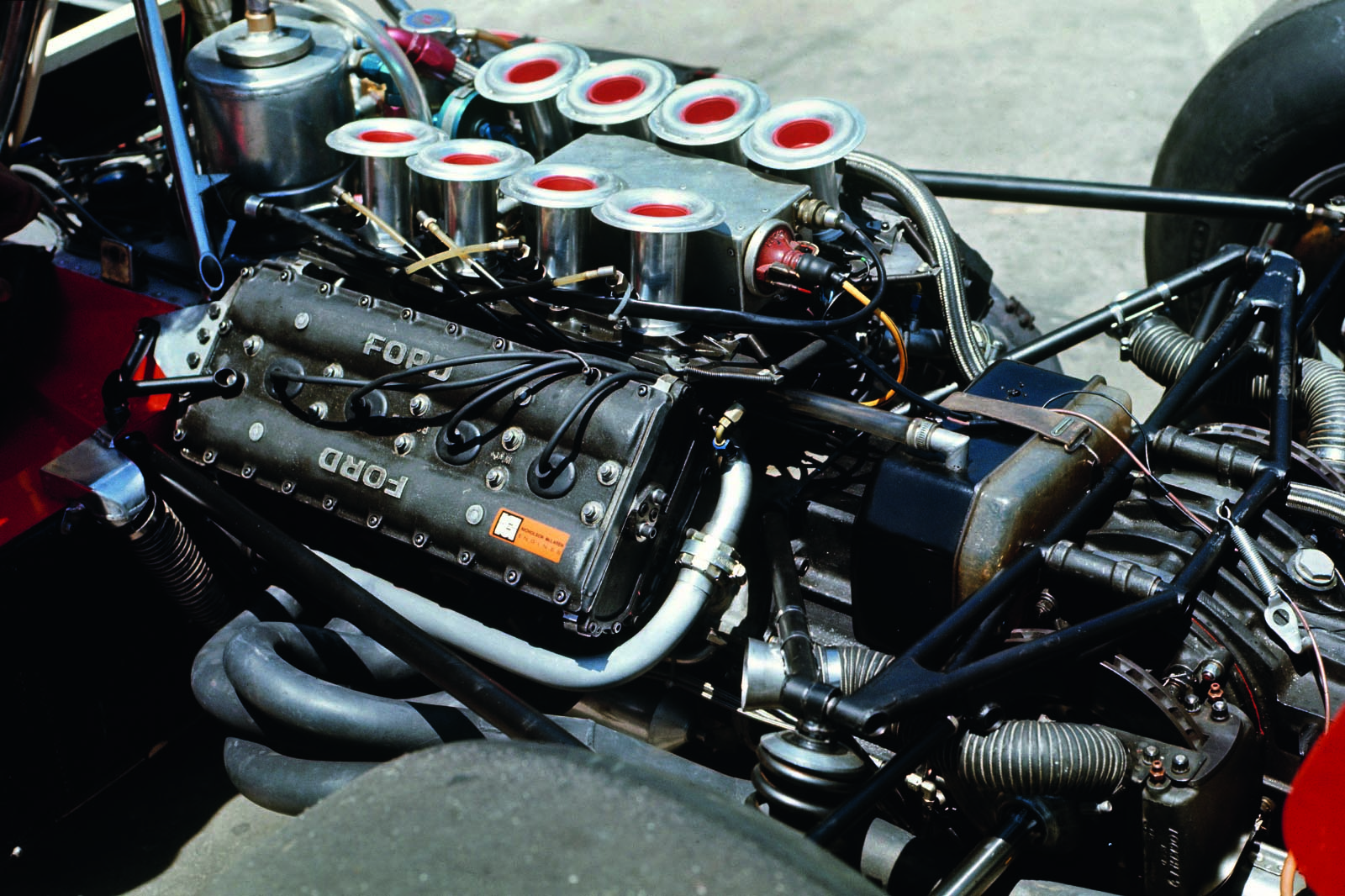 In turbocharged guise, it won 10 Indy 500s and crowned nine Indy champions, it won Le Mans twice in the back of sportscars and, as recently as 2001, helped Bentley back to Le Mans by powering the development prototype before Audi engines were available. Once, it even powered a Transit van, as those who recall Supervan 2 from the 1980s will recall.

The weirdest uses of OPEs

1. Aircraft engines have been used in all sorts of cars – but very rarely in road cars. One of the more notable exceptions was ‘The Beast’, created by John Dodd in the 1970s and powered by a 27-litre Rolls-Royce Merlin engine. Credited with a 1000bhp output and capable of just 2mpg, it was listed by the Guinness Book of Records as the most powerful road car in existence. 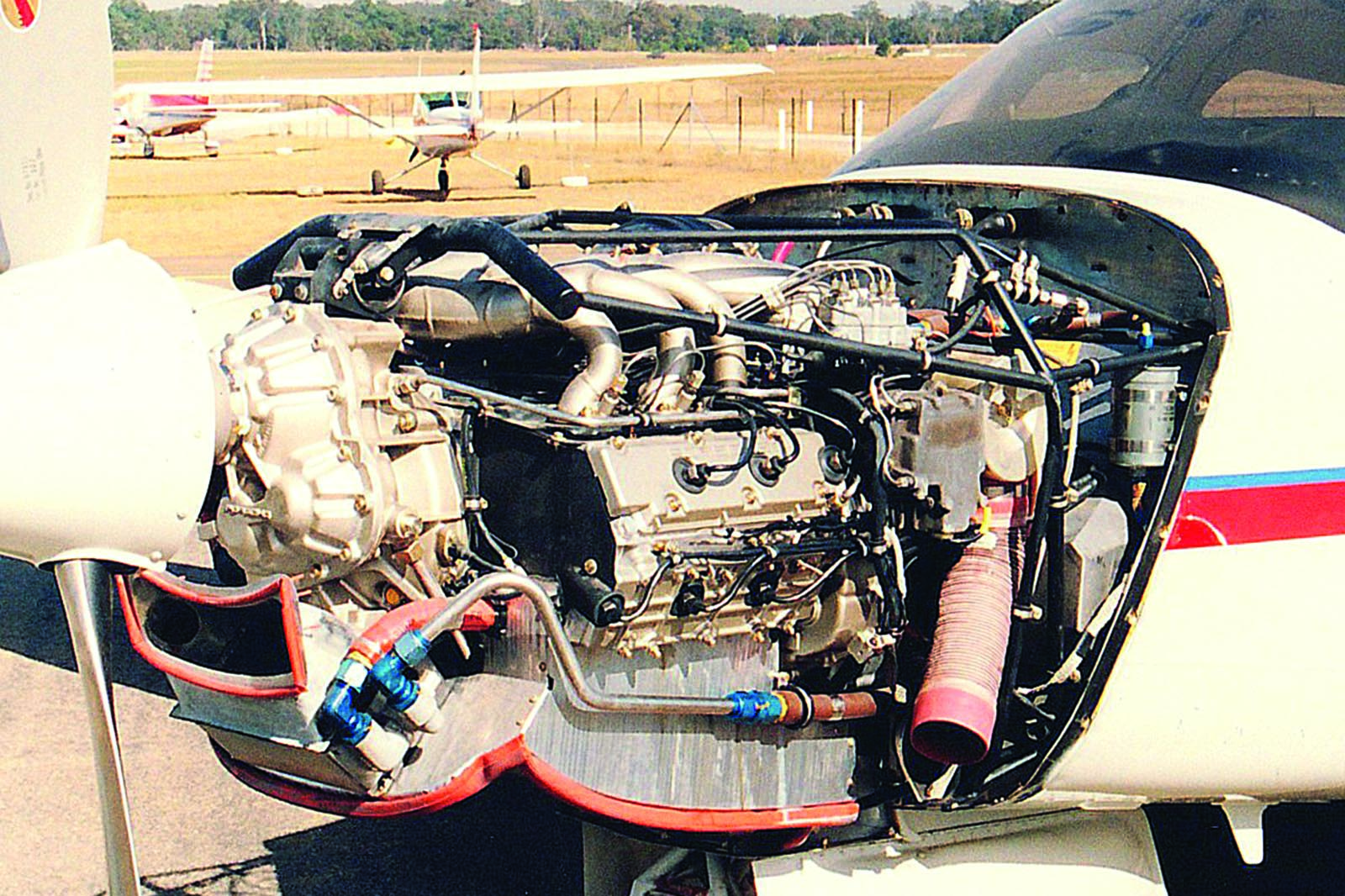 2. Not only have there been cars with aircraft engines in them, but there have also been aircraft with car engines in them. In the 1980s, Porsche made an engine called the PFM3200, developed directly from the engine used in the 911SC and Carrera to power single-engined light aircraft. The motor was not widely adopted, however, and having gone into production in 1985, Porsche stopped building them in 1991.

3. For the 1950 Italian Grand Prix, Clemente Biondetti created his own Ferrari 166S-based special, powered by a Jaguar straight six out of an XK120 road car. His motives for replacing the car’s greatest asset with an enormous, underpowered land anchor of an engine are not clear. What is known is that he qualified third from last and retired on lap 17 - with engine failure.

...Rover's V8. Designed for the Buick Special but dropped (too expensive to make?) Sold to Rover in the 60s, at first to power the ageing 3.5-Litre then also the 3500. Still going strong!

Had a Rover Meteor engine from a tank, that was built under license and had no supercharger, so did not make anywhere near 1000bhp.
I saw the car at a model aircraft display at Kempton Park in 1974, and I still remember how shoddy and rusty the engine bay was.
Ski Kid 9 October 2017

Whether you like it or not, it will become more frequent

I was informed recently that JLR & BMW will form a joint alliance to build new v8 engines, both diesel and petrol,as it is adeclining market,all engines getting smaller so the v8 is the old v12 and v6 the old v8 so to speak.Not even mentioning the e word.