BACK TO ALL NEWS
Currently reading: ULEZ Vous: How to buy used cars in the low-emission zone era
UP NEXT
New Kia EV9 primed as premium electric range-topper

ULEZ Vous: How to buy used cars in the low-emission zone era

Second-hand car shopping is getting harder because of low-emission zones. We pick the best city-friendly bargains
Open gallery
Close

Choosing a used car becomes ever more complicated. Never mind the colour, the spec or finding those perfect 20in alloys, now there’s also the small matter of terrifying acronyms: ULEZ (for ultra low emissions zone) and CAZ (clean air zone). These shouldn’t be confused with any congestion charge.

Whether we like it or not, having a car with a petrol or diesel engine that complies with air-quality regulations is becoming a must. These zones already exist in London (costing £12.50) and Birmingham (£8) and are soon to come to at least a dozen more major cities, including Derby, Manchester and Newcastle upon Tyne.

Get caught by the camera in the wrong car and there’s a £120 fine, so you need to know whether you have a Euro 4 petrol (usually from January 2006) or a Euro 6 diesel (usually from September 2015). However, you can’t trust the advertisement or seller when it comes to ULEZ compliance. The only places are official websites, such as urbanaccessregulations.eu, which covers the whole of Europe.

So, which ULEZ-friendly used cars should we be looking to buy? 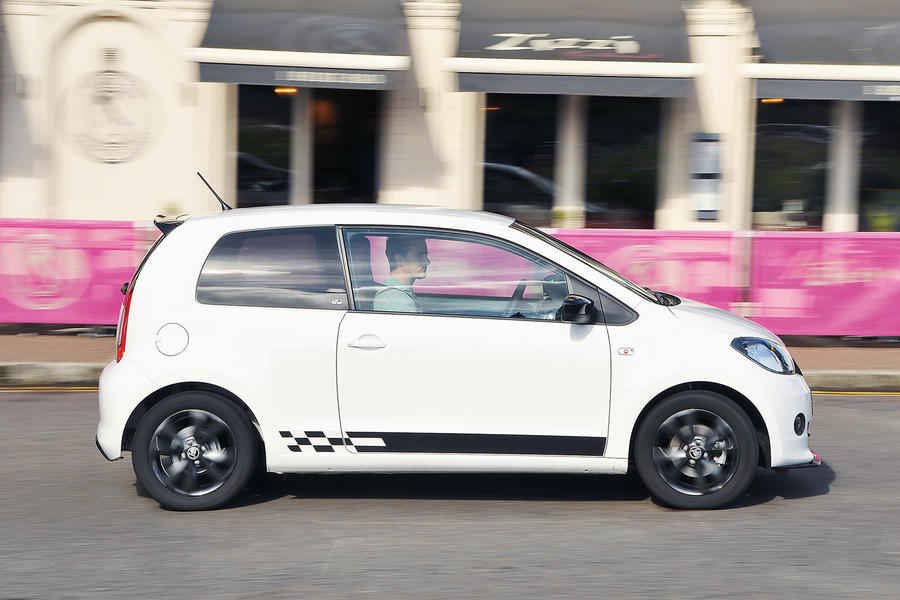 If you’re going to do built-up areas properly, a small, light, cheeky and manoeuvrable micro-hatch makes fabulous sense. The Skoda Citigo is the perfect modern town-centre assault vehicle (as are its Seat Mii and Volkswagen Up siblings). Get a one-owner 2012 S with 55,000 miles for £2750. Then again, Daihatsus are just alt-Toyotas, and a 2008 Sirion 1.0 S for £995 with 60,000 miles is a fuss-free way to get around. It will never break down, either, and that’s the last thing you want to do in a city. 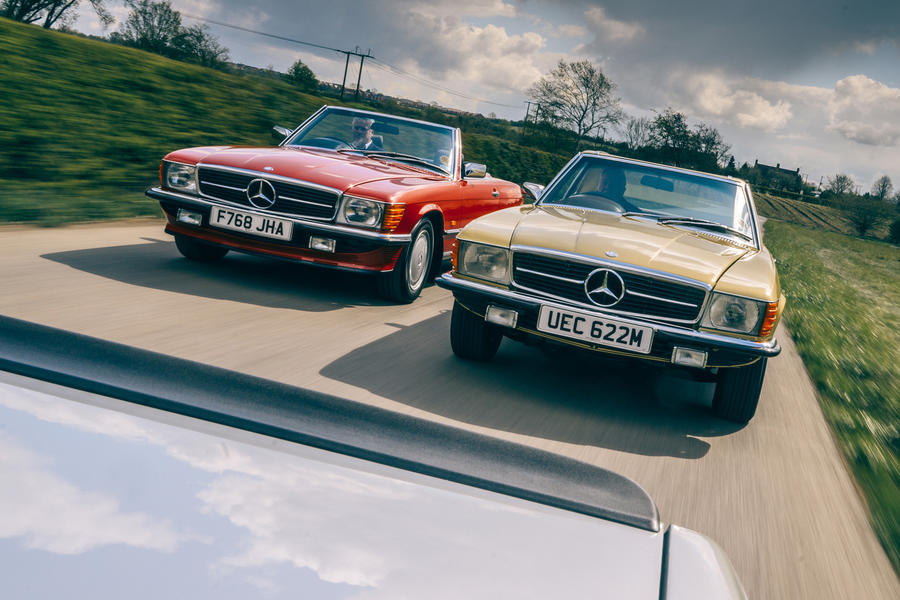 One stylish way of steering your way around the regulations is to go for an old fossil that’s at least 40 years old. Get a Fiat 500: that’s a proper city car and it won’t cost you as much as a tired, rusty Mini. We spotted a 1970 left-hand-drive one with 45,000 miles up for £6400 in Rome. Otherwise, a recently restored UK-spec 1972 Mercedes-Benz 350 SLC is by far the coolest, most perfect answer to the ULEZ zealots for just £16,500. It’s unarguably the prettiest of the 1970s Mercs. 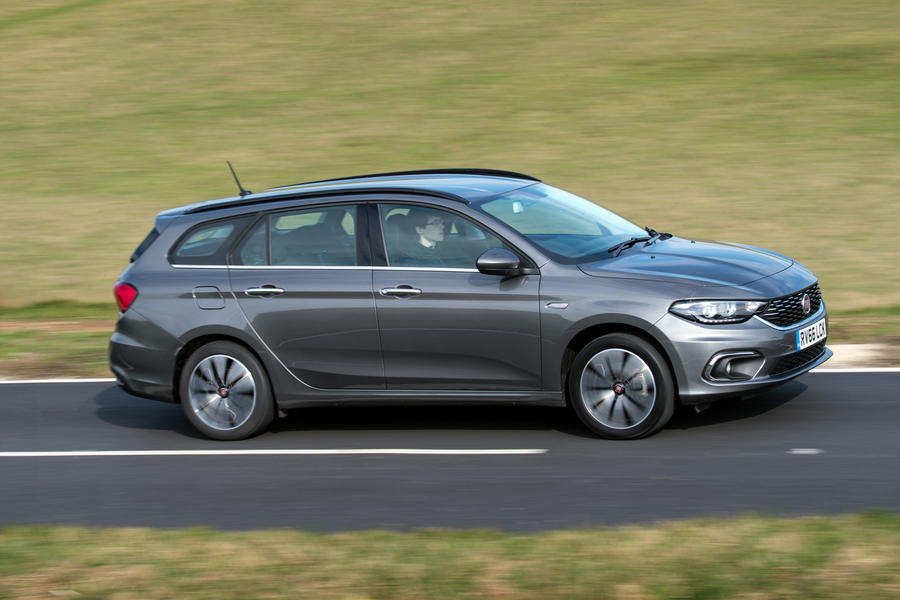 Estate cars are underrated, considering they offer practicality, flexibility and economy without dragging loads of extra weight around. The Fiat Tipo in Station Wagon format is a no-nonsense vehicle that’s great value for money. Get a 1.2 Multijet diesel in Lounge trim with 40,000 miles from 2017 and you will pay just £6700. Otherwise, a petrol Vauxhall Insignia Sports Tourer from 2010 in 1.8 SRi guise with 90,000 miles backed up by a full service history is £2795, and it has a lovely big load bay. 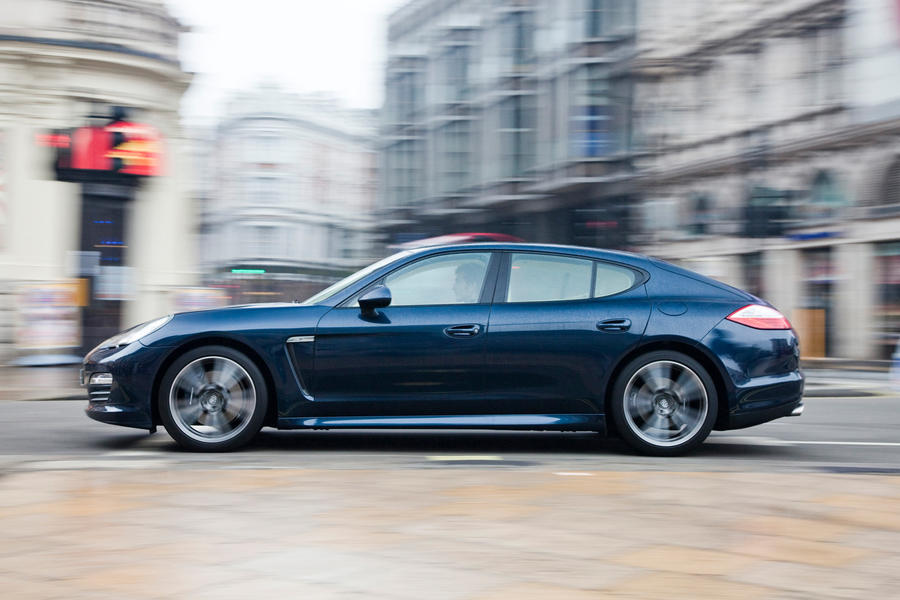 These provide not just four-door practicality but also promise so much when they are released from the zone. The Porsche Panamera is a wonderfully charismatic creation. A 2010 4.8 V8 4S with a few owners and 65,000 miles is a tempting £21,995 with a warranty. The Aston Martin Rapide is now great value for money, too: you can get a one-owner 2010 car with 65,000 miles from a dealer for £40,000. If you can manage the servicing costs, it will make you the envy of many city dwellers. 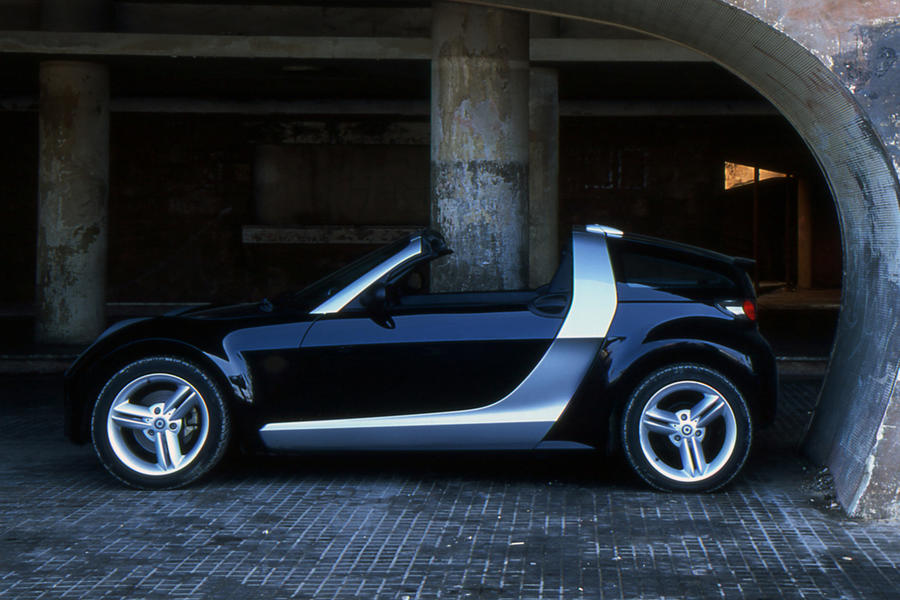 If the city air does get any fresher, you can be the first to confirm that the smog is lifting in one of these: a Smart Roadster with a pop-out roof and a tiny engine that has been emissions-friendly from right back in the 2000s. That’s why you can buy a 2004 90,000-mile example for £1800. As for an Italian that will entertain pedestrians, a 2011 Maserati Grancabrio does the job with 60,000 miles and costs £35,000 with a full service history. It’s more real-world than a Ferrari, so cyclists won’t hate you so much. 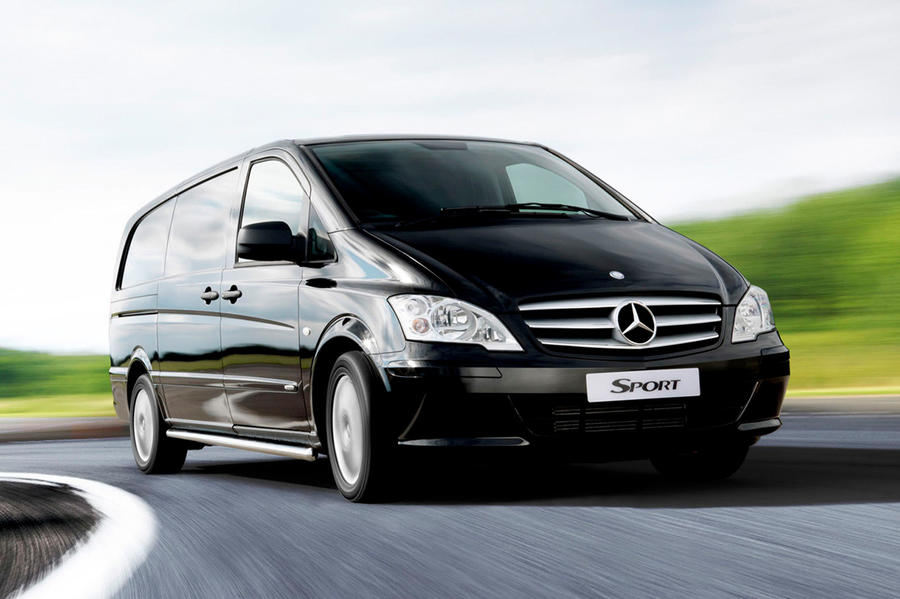 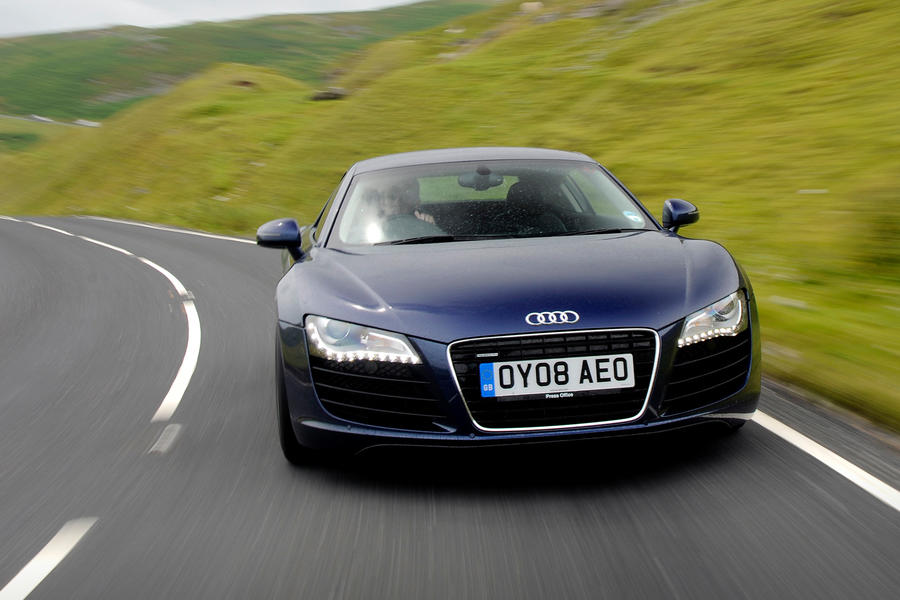 There’s nothing exciting going on dynamically in most city centres, but it pays to be prepared for some roadwork chicanes. The Audi R8 is as tame as the Audi A1, with an automatic gearbox and just as easy to drive. A 77,000-mile 4.2 V8 FSI R tronic from 2008 is £30,500. Even more comfy and cheaper is the Bentley Continental GT, which has an awesome 12 cylinders and ceramic brakes. A 6.0 W12 from 2005 with 100,000 miles is £16,500. You can spot the Volkswagen Group parts and it feels like an Audi A8, but that badge… Perhaps you value compact dimensions as well as potent powertrains? Look no further than a BMW M2 - the smallest M Division model can be found from around £25,000 for a 2016 model with around 40,000 miles on the clock.

Celebrate the sheer majesty of the Chelsea Tractor with an SUV of your own that will easily provide an escape to the country. Don’t let farmers have all the fun: get a Toyota Land Cruiser. Only £13,950 will secure a 2008 Invincible that has just ticked over to six figures – so barely run in. Or how about a tiny Suzuki Jimny? Not the cool new one, the old properly cool one. A 2010 SZ4 with 84,000 miles is £7400. If you ever do find a muddy puddle in the ULEZ, this will traverse it as capably as a Land Rover Defender. 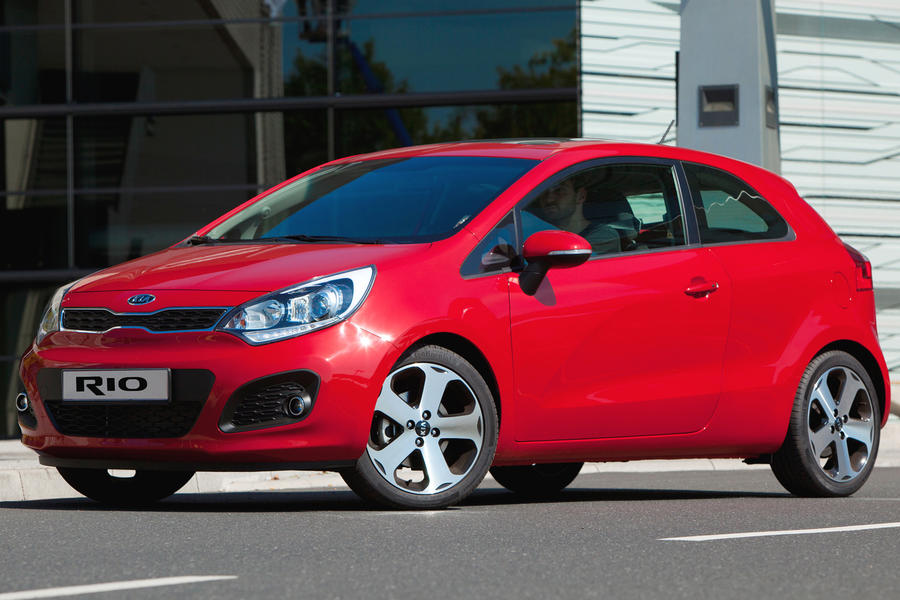 For dashing into the city to pick something up, be it people or packages, superminis and medium hatchbacks are surely the way forward. The Kia Rio is largely overlooked, but a 2011 1.4 1 with 80,000 miles, just a couple of owners and a warranty costs a mere £1900. Reliability is mostly Mazda-shaped, and you can get a 2005 Mazda 3 very cheaply now with all petrol units that qualify. For instance, a 1.6 TS2 with a six-figure mileage is £645, which probably works out cheaper than an annual bus pass. 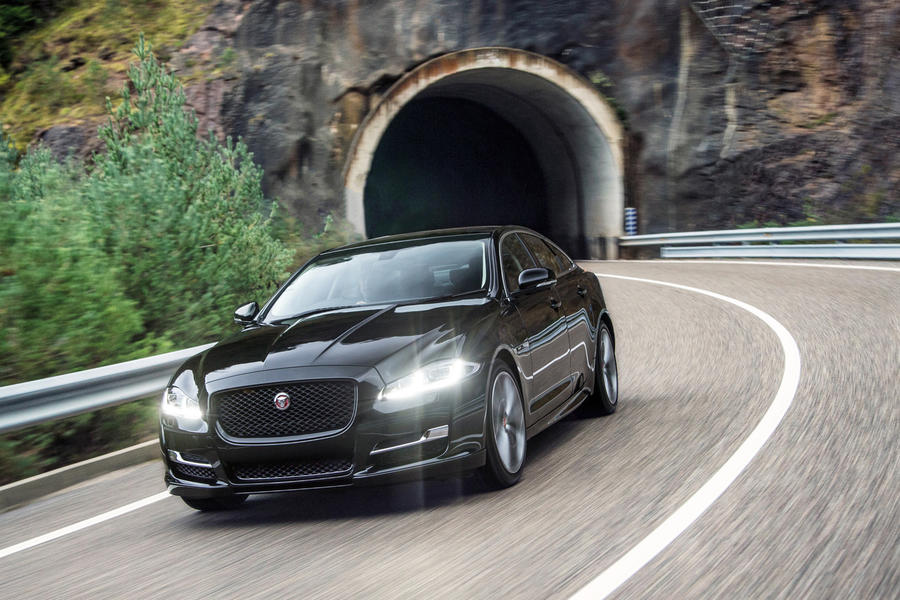 A growing number of cities and regions in the UK and abroad are introducing Clean Air Zones. Here’s what you need to know.

While there are differences in various CAZs that have been introduced or are being considered in different regions of the UK, most use broadly similar rules. Drivers of older vehicles have to pay a set charge if they enter the CAZ. Most CAZs exempt all Euro 4-compliant petrol cars (usually registered after January 2006) and Euro 6-compliant diesel cars (usually registered after September 2015). Most CAZs are enforced by the use of ANPR cameras and feature online payment systems for the owners of non-compliant vehicles that are driven into the zones.

Why are they needed?

The push for regions to introduce CAZs is part of a wider government initiative to improve urban air quality by reducing vehicular pollution. Air quality in a number of urban areas is currently below legal limits. The World Health Organization claims that seven million premature deaths each year can be linked to poor air quality. Research by CBI Economics, commissioned by the Clean Air Fund, claims that CAZs would lead to an average reduction of 18% in NO2 across eight UK cities. A March 2021 report by the Mayor of London claimed that its ULEZ had already cut NO2 levels in the capital by 44%.

London was the first city in the UK to launch a CAZ scheme, with the introduction of the ULEZ covering its centre in April 2019. It runs alongside the separate congestion charge, from which electric vehicles are exempt. Bath introduced a CAZ that applies only to commercial vehicles in March. Birmingham’s CAZ came into effect in June, with a charge of £8 per day for non-compliant cars (those owned by disabled people and those more than 40 years old are exempt, however).

Bradford, Leicester and Portsmouth are set to introduce CAZs this year, with Aberdeen, Bristol, Dundee, Edinburgh, Glasgow and Manchester following in 2022. Newcastle and Sheffield are also considering them, as are a number of other cities and regions. Oxford will introduce a Zero Emission Zone this year, encompassing a few streets in the city centre between 7am and 7pm. Leeds and Liverpool have put plans for CAZs on hold, due to the pandemic, while Nottingham has cancelled its plans for one, instead focusing on retrofitting its buses with hybrid and electric powertrains.

I knew the government would find a fudge for the mainly wealthy people who own "classics" while the rest of us drive old bangers, it's like the old saying, poor people go mad and the rich become eccentric. And we can thank those ***** at VAG for it.

Money grabbing Government and nothing to do with saving the Planet. Have they looked at what Countries such as China and India or doing with emissions?