The last-of-the-breed original-shape Minis, made by Rover in 1996-2000, aren’t as pricey as classic ones yet are just as much fun
Open gallery
Close

Buy the right one and it’ll be great fun but buy the wrong one…” So says Richard Williams, a long-established Mini specialist. It’s advice that you could apply to any motor, but given that a good Mini is the definition of ‘fun’, to buy a bad one must surely be the definition of something verging on hell.

The worst thing waiting for you in the flames is rust like you’ve never seen. Replacing corroded shells, panels, bulkheads, floors and sills is an expensive and fraught business, and having sorted one problem, you’re bound to find another, and another…

“I realise I am no longer a Mini fan and neither am I prepared to carry on being a mechanic,” he said as the hammer fell. 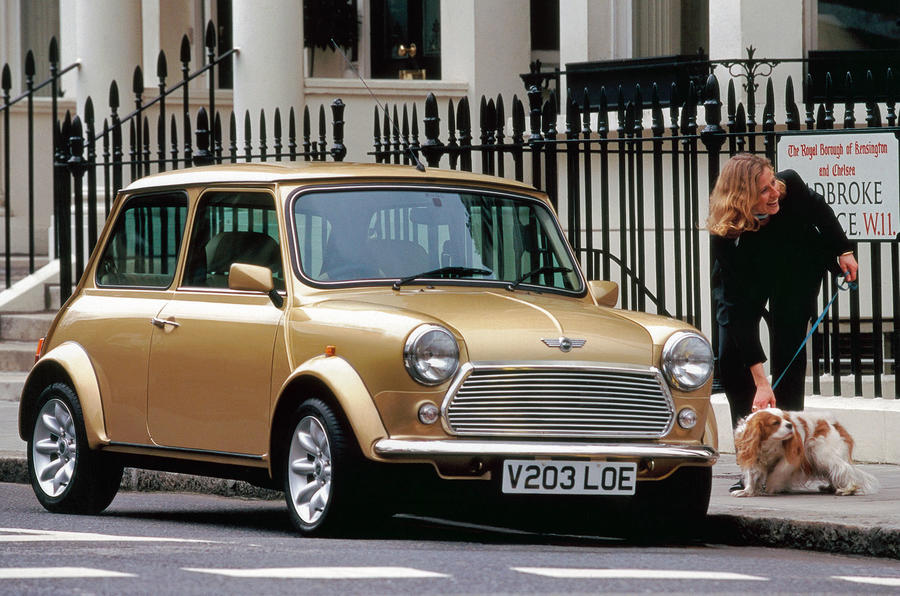 Not the most encouraging anecdote with which to start a Mini buying guide but it’s best you remove your rose-tinted specs now. Williams has: “I only buy garaged Minis, generally from retired folk who appreciate and know how to look after them.”

By 1990, the Mini’s venerable 998cc engine had gone, replaced by a 1275cc unit. In 1992, this got single-point fuel injection and then, in 1996, with the arrival of the Mk7, multi-point complete with distributor-less ignition, electronic management and a coil per plug. The old side-mounted radiator was moved to the front, the alternator was beefed up and a higher final drive ratio was fitted.

As for the body, the wheel arches became more flared, the headlights got adjustable levelling and side impact beams were fitted. New seats and headlining, thicker carpet, new control stalks and trims, remote central locking, seatbelt pre-tensioners and a driver’s airbag completed the interior makeover. 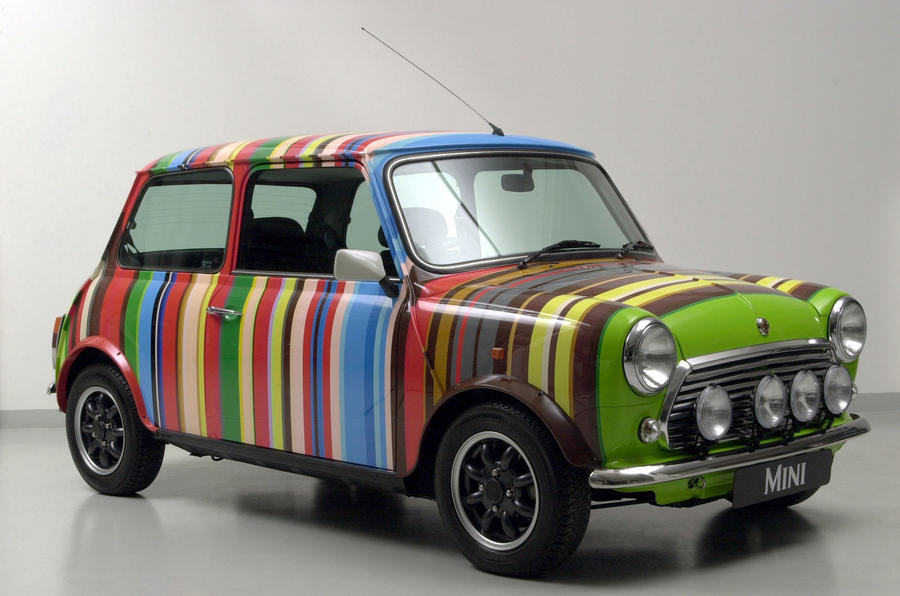 Versions included the standard 1.3i, the Cooper 1.3i and its sporty spin-offs, and specials such as the Paul Smith, Classic Se7en and Knightsbridge. It was all done in response to research that had found the Mini was popular among fashion-conscious, professional singles; perhaps the same research BMW drew on for its replacement.

Today, a nice, garaged Mk7 looks better than ever. It may lack the cachet of a classic Cooper, say, or a standard version with sliding windows and a cable door opener, but you’ll pay less (although we found a 2001 Cooper Sport 500 with 500 miles for a stiff £28k) and have something that rides and goes that little bit better. Buy a good one, as opposed to a bad one, and its price will only go one way, too.

Richard Williams, Richard Williams Classic Minis: “I spend 90% of my time looking for good Minis and 10% selling them. I’m only interested in well-maintained garaged cars because that’s what people want and are prepared to pay for. For example, I had 17 very nice Minis two weeks ago and now I’ve only three left. You can buy far cheaper Minis than mine from around £3000 but you may need to spend at least as much again getting such a car to an acceptable condition. Then, when people research its MOT history and find it was once failed for rust, not even the expensive bodywork you’ve done will persuade them to buy it! Good ones are out there but you’ll need to look at five cars to find one worth having.” 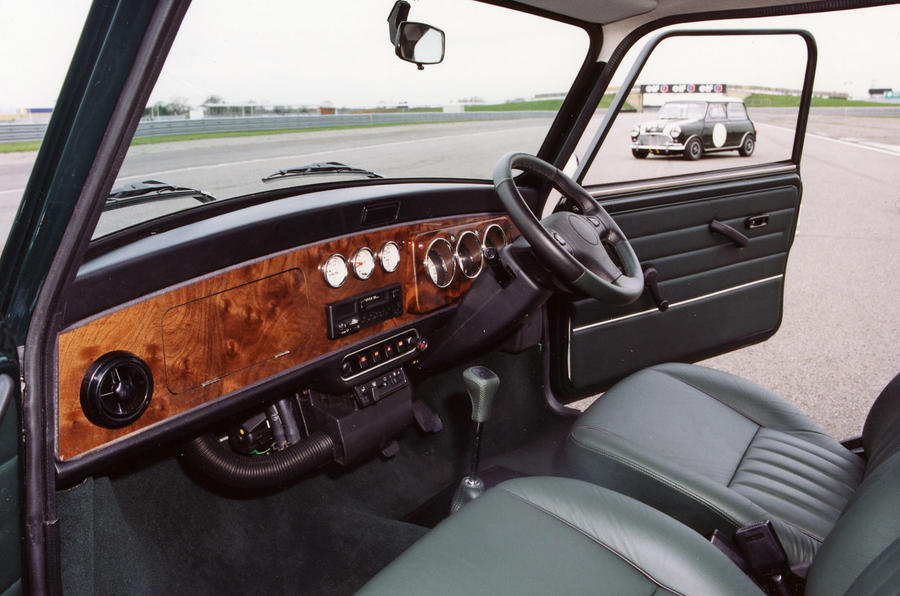 ■ Engine: Oil smoke could be valve stem seals, a low-down rumble a distressed crank, a noisy idle a failing timing chain and mayonnaise around the oil filler a leaky head gasket. Check the condition of the oil and coolant levels, and for a recent oil change sticker. Let the engine idle and pray the cooling fan cuts in. Blip the throttle and watch for the engine rocking abnormally.

■ Transmission: Even a healthy gearbox whines on the overrun. Listen for worn synchromesh and feel for a tired clutch. A recent MOT will have checked things like split driveshaft gaiters but feel if CV joints are worn by turning the wheel to full lock and driving slowly in circles.

■ Brakes, steering and suspension: The ride should be bouncy but well damped, and the steering light and quick, the car changing direction in an instant. When braking, expect to pull up in a straight line and for the brake pedal to feel firm, not hard. Again, a fresh MOT should rubber-stamp most of these mechanicals. Try to separate trim rattles from suspension noises.

■ Body: Check the inner and outer sills, floor and rear subframe for rust. Ditto the front wings, door skins and the A-panel between the doors and wings. Use a magnet to locate filler and a screwdriver to lift and peer behind anticorrosion layers. Also, check the boot floor where the battery sits. 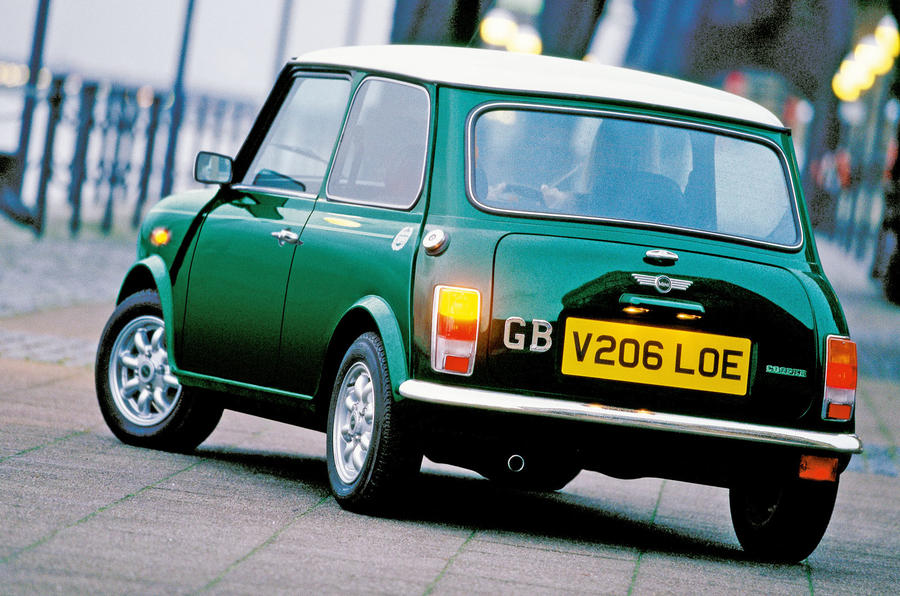 It may look like a classic, but to the DVSA, even a 1980s Mini is a modern car requiring an MOT. Only a car built or first registered 40 years ago no longer requires one. Even then, if you’re offered a Mini of this vintage, insist it’s freshly MOTed. 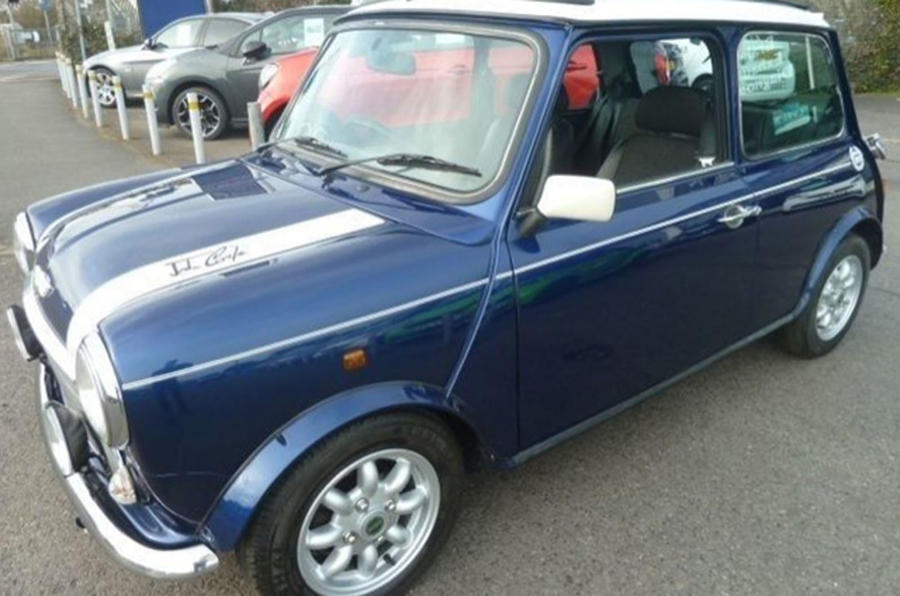 Rover Mini Cooper 1.3i, 2000/X-reg, 50,000 miles, £8975: Described as being in “near perfect condition”, this example has an electric sunroof and has been garaged most of its life. It comes from that retirement capital, Littlehampton, too…

The 10 best used Minis you can buy​

Better to get a relatively rust free Japanese re-import for around £7k with the added bonus of factory aircon (even though the underbonnet is even more cramped)?

Everything considered, I think so.  Try driving one without a smile on your face.

That paul smith has got to be

Indeed, came in a rather snazzy shade of blue..."google it".

Indeed, came in a rather snazzy shade of blue..."google it".

The blue is nice, would appear that the stripes were carshow cars, only 2 made?, the production ones were extremely well equioed and came in blue, uk, and black or white for Japan.