All cars are equal, but some cars are more equal than others. In the latter group are those that may enter a designated and legally enforceable Ultra Low Emission Zone (ULEZ) for free. We could debate the rights and wrongs of such zones, but it’s a fact that some vehicles can enter them freely, while others are subject to a fine.

Whether a vehicle meets ULEZ standards has become very important to used car buyers. For many people, it’s the difference between passing up on a car or buying it. So, what are the rules? Essentially, to drive into central London for free, you must have a petrol car compliant with Euro 4 standards (usually registered after 2005) or a Euro 6 diesel (usually registered after September 2015).

Although you can use ‘ULEZ’ as a search term in the online classifieds, this isn’t always the answer. It’s best not to believe what a seller or website says, because there are exceptions due to when a car was built or registered – often quite different things.

The definitive guide is the Transport for London website, provided you know the car’s numberplate.

The good news is that the ULEZ scheme hasn’t wiped out interesting petrol engines – far from it. Here are some of the most interesting cars you can go and buy to drive with free abandon in London.

Well, not totally free, because there’s also the congestion charge (now seven days a week, 7am to 10pm), while the ULEZ is 24 hours a day. Don’t forget that…

2004 MAZDA RX-8, 76,000 miles, £1500: Here we have a 1.3-litre rotary engine – which might well be burning the odd litre of oil every day, due to dodgy seals. Never mind, because the RX-8 is a sports car on the cusp of becoming a classic. There are still some sound examples, but plenty are parked on flat tyres in urban front gardens. ULEZ compliance is one reason to save one. 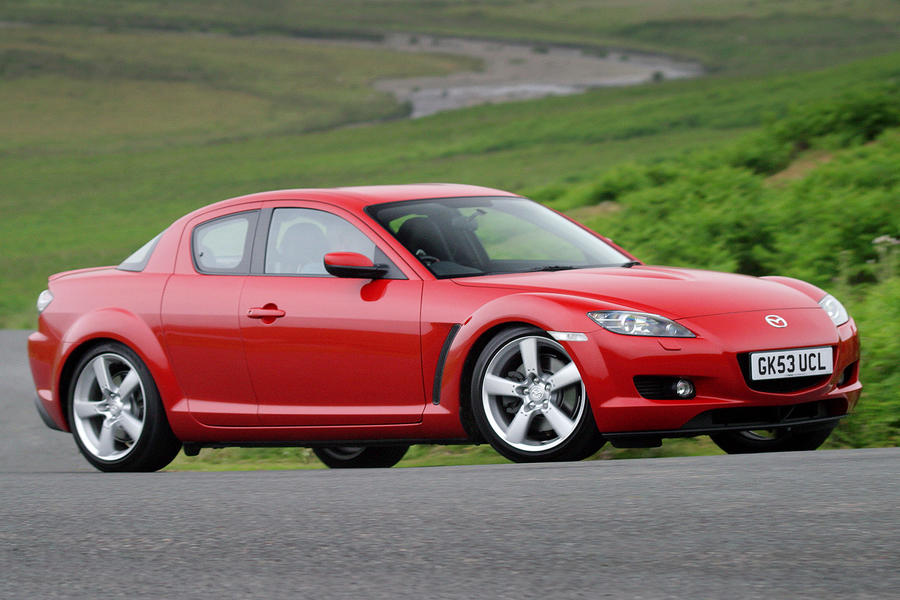 2007 ALFA ROMEO BRERA 3.2 JTS V6 SV Q4, 81,000 miles, £3950: The world would be a much poorer place without the roar of an Italian V6 to brighten up our days. The Brera is a beautiful and striking coupé that stands out from a central area strangled by Toyota Prius-dominated anonymity. Four-wheel drive would help. Values are attractively marginal. 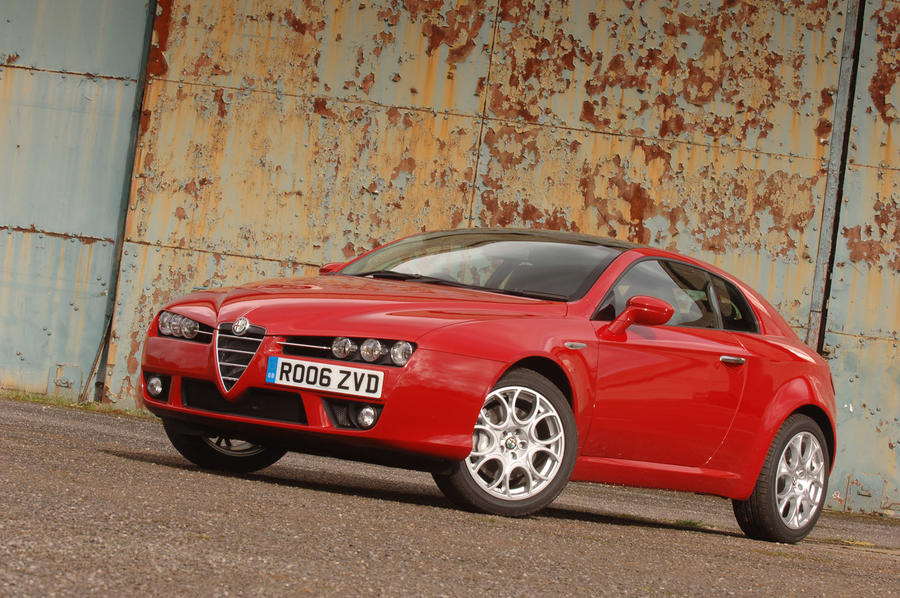 2004 BENTLEY CONTINENTAL GT 6.0 W12, 100,000 miles £13,000: Six litres sounds like a few too many, and a W12 engine is over the top, surely? Except that it suits the Continental GT perfectly. What a way to waft through an ULEZ in near complete silence. The trouble is that these hugely charismatic luxury coupés are now so temptingly cheap – possibly too cheap. Worth avoiding the ULEZ charge for. 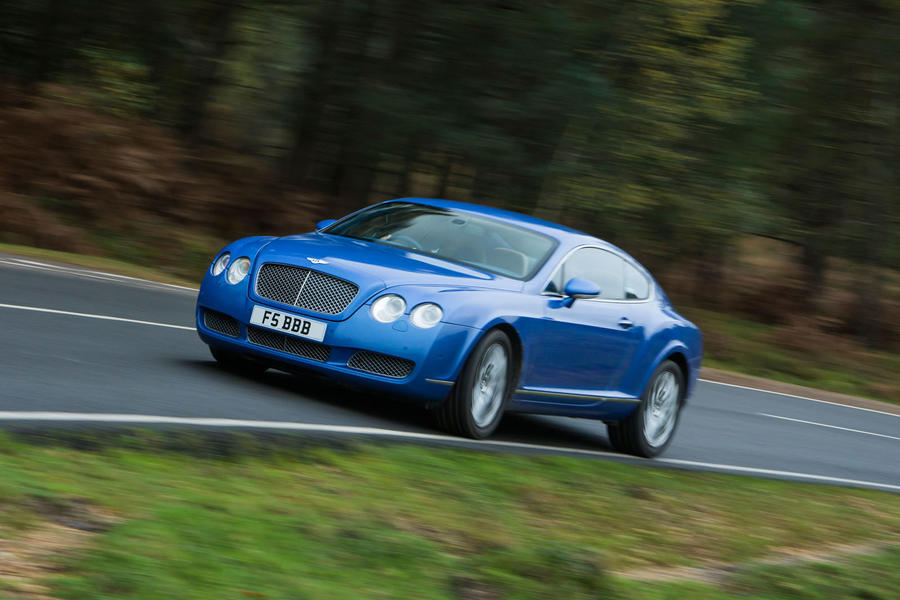 2003 AUDI A4 CABRIOLET 1.8T CVT, 130,000 miles, £1000: If the air in the ULEZ is so fresh, then why not enjoy it with one of the finest and best-finished convertibles ever built? There are some modern classics that aren’t being penalised, thanks to quite advanced engine technology from almost two decades ago. The B6-generation Audi A4 Cabriolet remains a classy way to travel, especially with an easy-to-live-with CVT automatic gearbox. 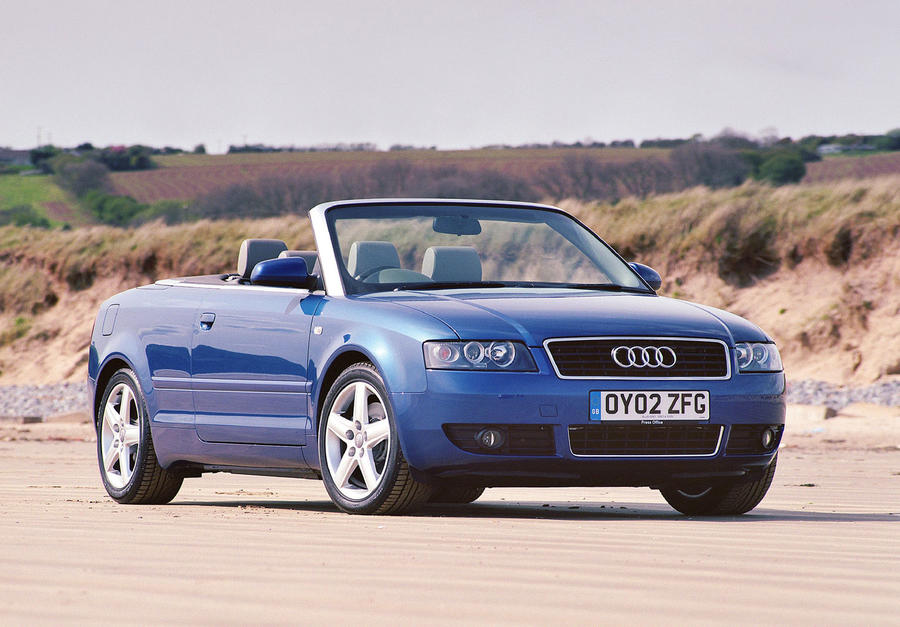 2001 HONDA CIVIC 1.4i SE, 125,000 miles, £890: This Civic is further proof that the start date for ULEZ compliance really depends on who did the engineering. Also that you can buy an interesting car that’s cheap, at less than a grand, and reliable, because it’s a Honda hatchback to go shopping in. Shops in the ULEZ may be rather pricey, but at least you won’t be wasting money on your wheels. 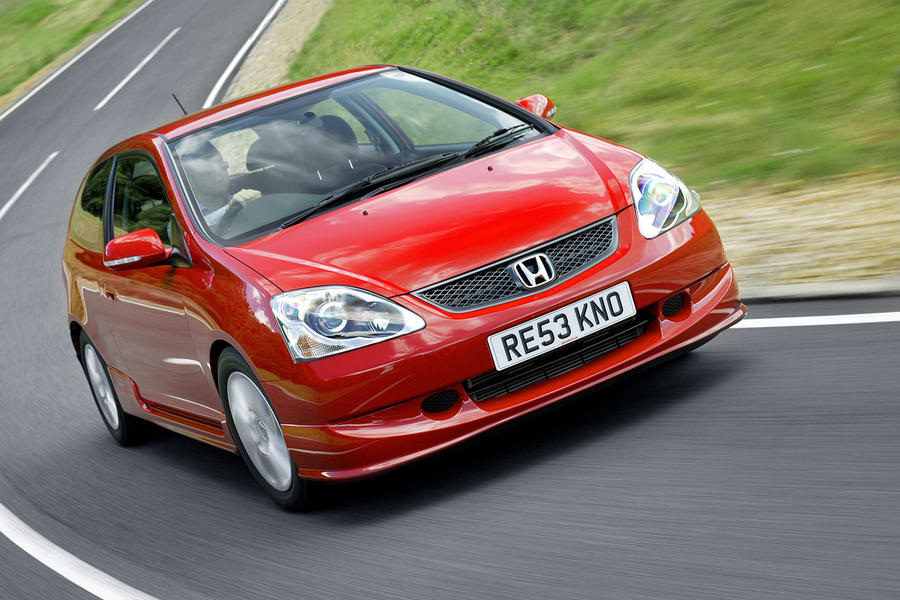 The simple fact is that diesel engines have never been cleaner, and the ULEZ cut-off is Euro 6, setting maximum NOx emissions at 80mg/km, compared with the 180mg/km level that was required for cars to meet the old Euro 5 standards. In theory, the cut-off is September 2015, but there are some older options if you dig a little deeper.

2012 BMW 320D EFFICIENT DYNAMICS, 142,000 miles, £4800: Here you go: a high-mile approach to ULEZ fee avoidance, courtesy of Britain’s very favourite saloon. This 161bhp four-cylinder engine is also available in the 1 Series, so there’s a hatchback option for those who need the Ikea-friendly space. 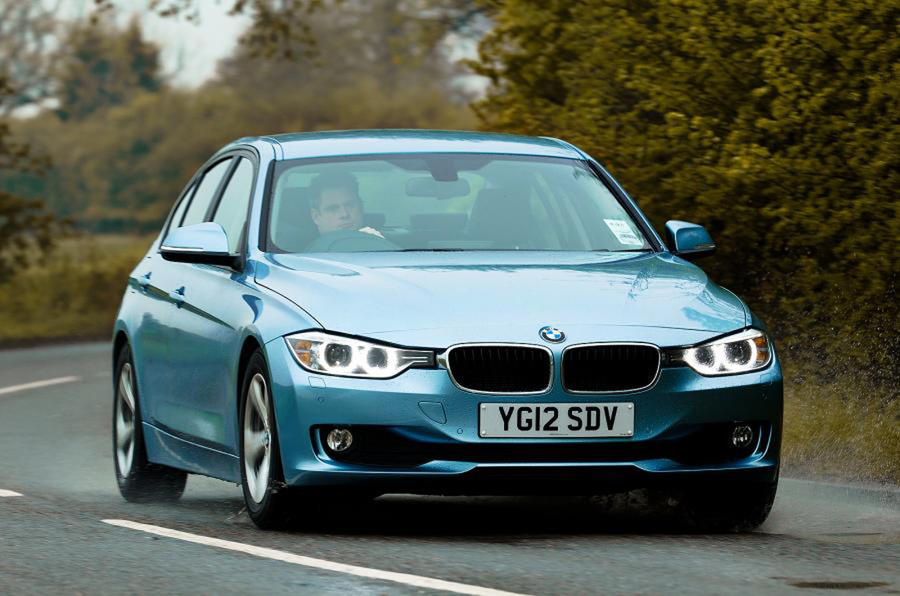 2015 MERCEDES-BENZ A200D SE EXECUTIVE, 138,000 miles, £7900: There are a lot of classified listings that say a Mercedes-Benz is ULEZ-friendly when actually it isn’t. This particular previous-generation A-Class is a safe choice, though, and further proof that these clean modern diesels can do the mileage. 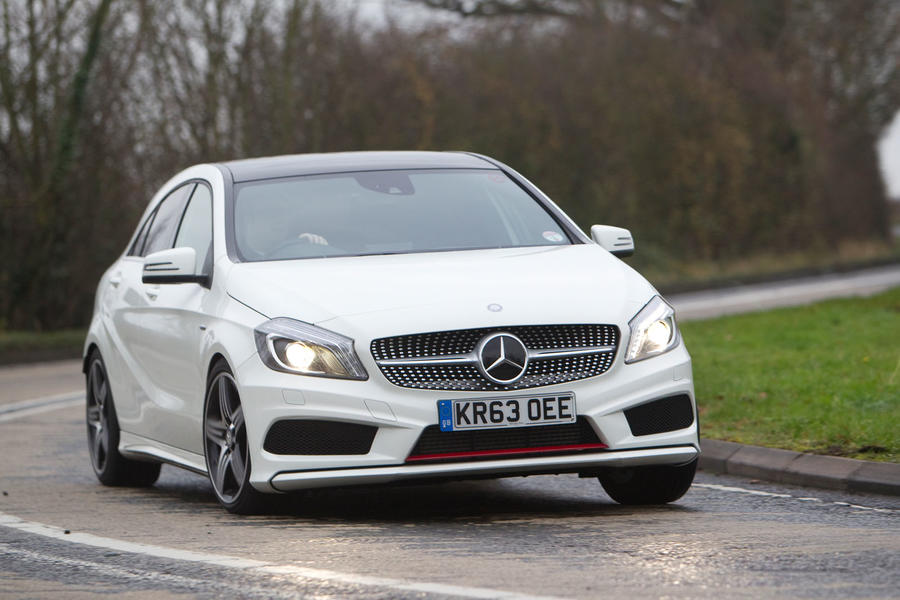 2014 CITROEN DS3 1.6 HDi SPORT PLUS, 104,000 miles, £3995: Here’s a punky little hatchback with a decent turn of speed and economy. It looks the part and should be perfect for knocking about town. You’ll need an aftermarket warranty for peace of mind, though. 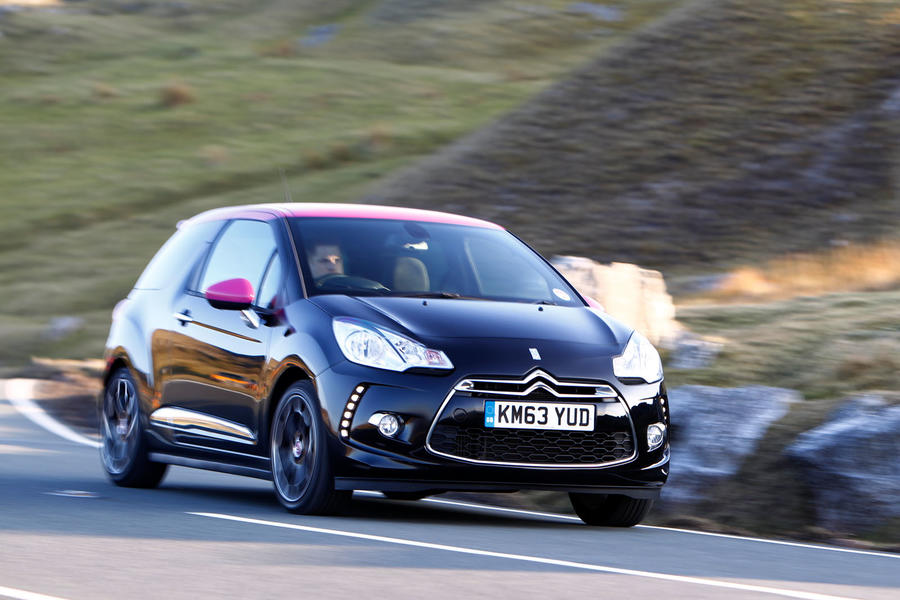 2012 MAZDA CX-5 2.2D SE-L NAV, 90,000 miles, £7400: Mazda is a manufacturer that has always been ahead of the game, despite it being on the small side. The CX-5 is fashionably SUV and comes well equipped with a reputation for peerless reliability. 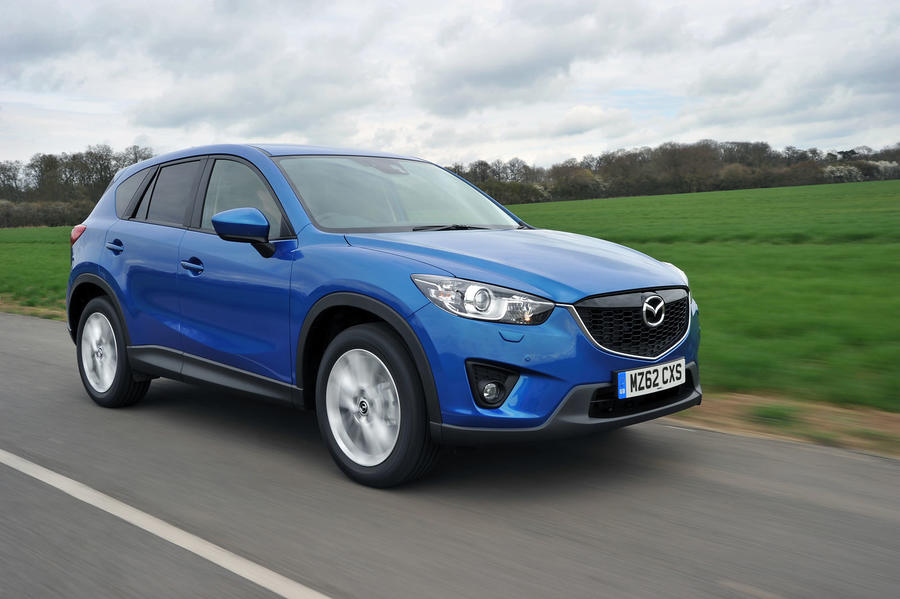 2013 VOLKSWAGEN GOLF 2.0 TDI, BLUEMOTION TECH SE 103,000 miles, £5495: The best family-sized hatchback money can buy deserves to have access to the inner ULEZ. You can bag one-owner examples for very reasonable money, and this Bluemotion diesel will genuinely – without cheating– return more than 60mpg. 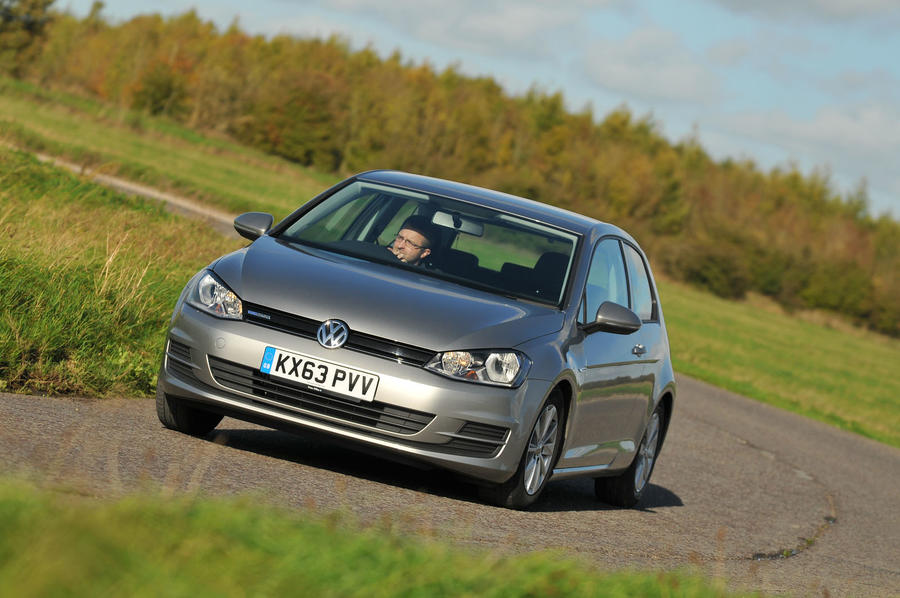 MORE ON THE WAY

The ULEZ’s 20,000-plus diesel black cabs emit 16% of transport NOx in central London, yet they remain exempt until they’re 15 years old. All new taxis must be zero-emissions-capable, however. 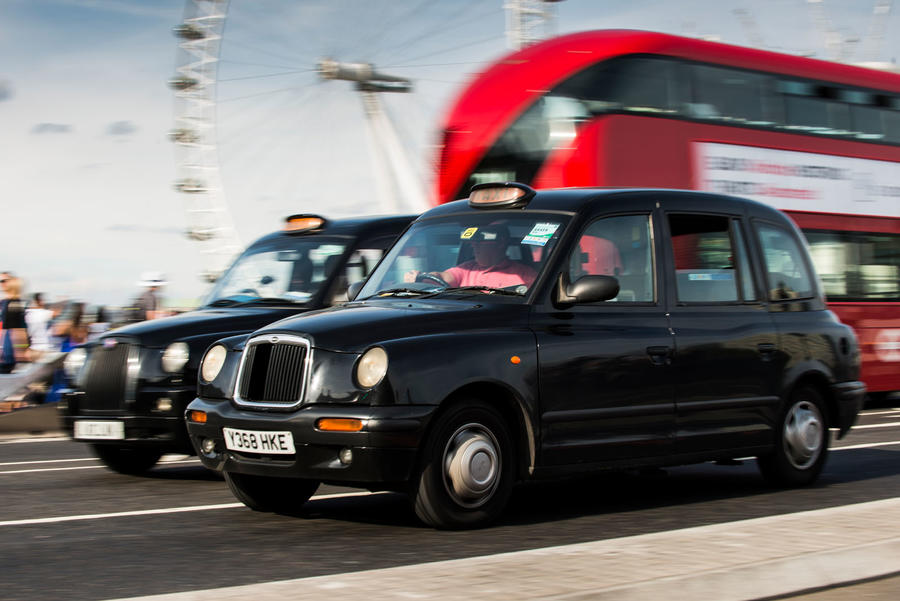 On 25 October 2021, the ULEZ will expand to be bounded by the North and South Circular roads. 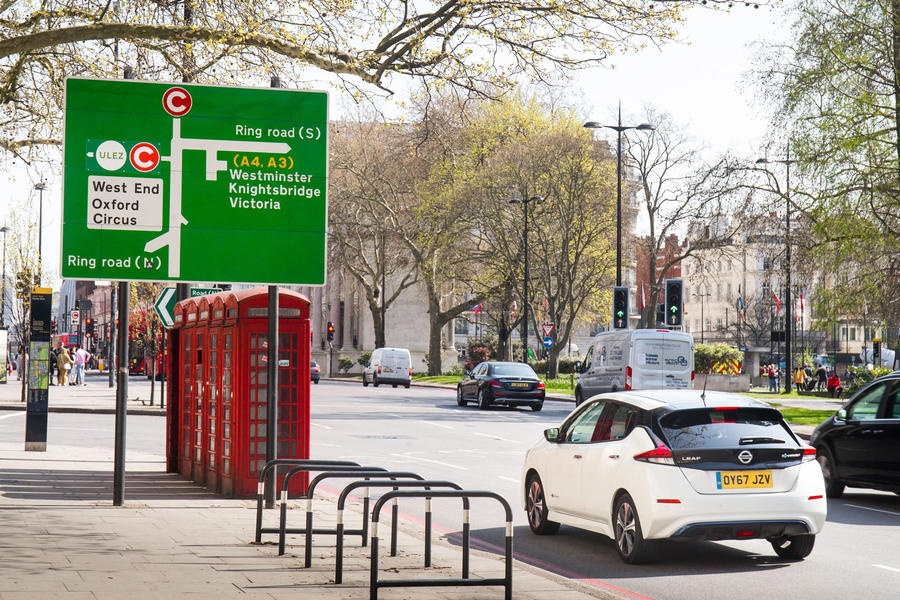 Coming to a place near you

Aberdeen, Bath, Birmingham, Bristol, Cambridge, Cardiff, Derby, Dundee, Edinburgh, Fareham, Glasgow, Leeds, Manchester, Newcastle, Oxford, Reading, Sheffield, Slough, Warrington and York are all planning a ULEZ. Even at this stage, with implementation a year or two off, there will be controversy. Already, Bristol’s diesel ban has put the cool clean cats among the dirty old pigeons. 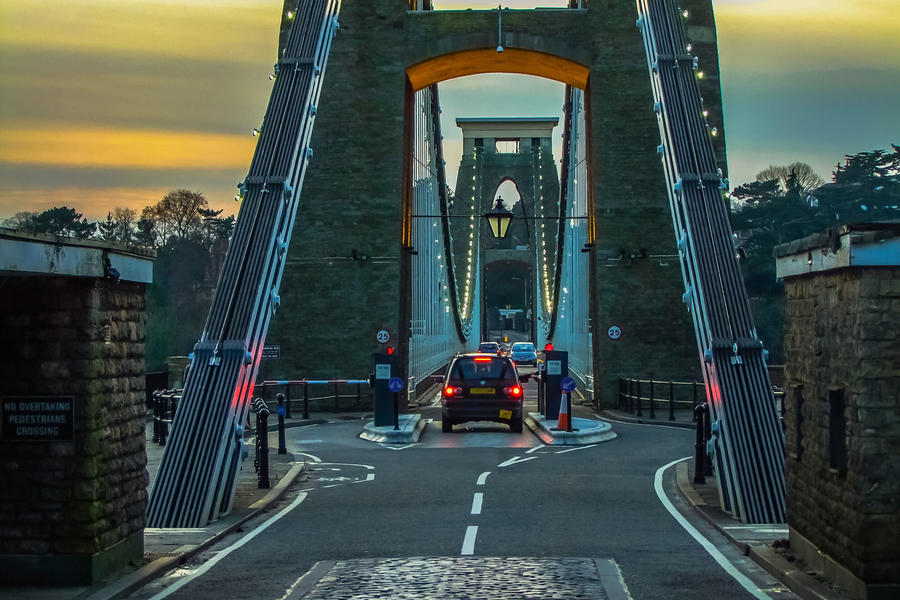 London's Ultra Low Emission Zone: what you need to know

It seems the ULEZ compliance requirements/data have changed unannounced recently as I was charged a ULEZ fine on my 2014 GOLF 2.0 TDI!!

When i bought the car in March 2020, I had checked to see if the car was compliant and it got all the green ticks - one of the main criteria for me for getting the car. However, recently in June, I got fined £80 for driving through the ULEZ which obvioulsy came as a surprise. I immediately checked again on the website and it showed as non-compliant.

Now I am not sure as to when and where things changed or if there is an error in TFL's database, but the car is not compliant anymore according to the website. Unfortunately I couldnt find anywhere on the internet that clearly mentioned the 2014 Golf to be meeting Euro 6 norms and hence had no case for an appeal.

Does anyone have a clue about this or faced the same issue?

Sorry James but a 2012 320d efficient dynamics isn't ULEZ exempt - check the reg no. of the car in the picture on the website.....

Diesels are only exempt if they are Euro 6. Buyers need to be very careful as there are an awful lot of 2015 registered diesel cars that are Euro 5......

Input your registration plate into the TfL website checker and you can see whether your car passes or not. My 2002 petrol Focus passes for example, as many cars met Euro 4 well before the deadline