BACK TO ALL NEWS
Currently reading: Petrol-powered Fiat 500 to continue 'as long as there is demand'
UP NEXT
Drawing fire: We talk to BMW's design director

Fiat will continue to offer petrol-engined versions of its 500 city car for as long as there is demand, despite the unveiling of the all-new electric-only version.

The new 500 is built on a new bespoke EV platform. When it goes on sale in 2021, it will be sold alongside versions of the current 500, including a new mild-hybrid variant, built on the old platform.

The growing challenge of meeting tightening emissions regulations and selling city cars for an affordable cost is causing some firms to abandon the category with non-electric cars, but Fiat boss Olivier François said: “We will continue to offer the petrol-engined 500 as long as there is a real request [from buyers].”

François said the firm believes the electric 500, which will launch with a £29,000 special edition, will attract premium buyers, with the existing car serving as a value option. He said the split strategy could work because of the “bipolar nature” of 500 sales, which are dominated by the base models and the higher variants. 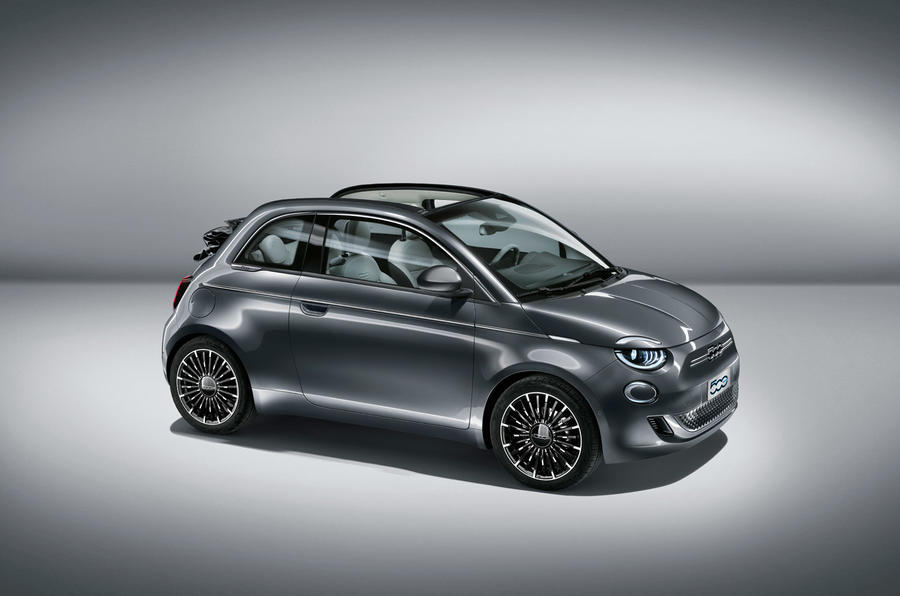 “We want electric cars to be as high-end as possible, because the business case for EVs works only because they’re associated with a higher price, since you need to embed the cost of the battery,” he said. “So we will have a super electric 500, but that’s not intended to replace all the 500s that we currently sell, just those in the upper part.

“We know how successful the 500 nameplate is, and we know in future a substantial proportion of the city car market will go electric because it will have to, but the timing will vary country by country and even city by city.

“We’ve now got one great nameplate with two approaches, and we’ll keep offering the classic 500. The electric 500 is more revolution than evolution, so we’ll offer a revolution and an evolution. As long as there is a request for the latter, we’ll continue to offer it.”

Are any of the other Fiat 500 models being replaced?

Fiat say they will be unveiling a Giardiniera estate version of the 500, but they did say that about the existing model many years ago, and that never materialised.

Fiat has only just launched its half-hearted hybrid 500, so it would be pretty surprising if it announced its demise weeks later. But the firm must introduce some proper new models soon otherwise it'll just fade into obscurity. Whatever happened to that design flair and innovation of the past?