BACK TO ALL NEWS
Currently reading: Two key EVs to spearhead Renault’s reinvention plan
UP NEXT
Rodin FZero: V10 weapon aims to be world's fastest car

New CEO says “we have to change”, and two electric SUVs will be at the vanguard
Open gallery
Close

Renault is preparing for a wide-reaching overhaul and model blitz – and it’s pinning its revival hopes on two new electric SUVs and a renewed focus on C-segment models.

The French brand’s new partnership arrangement with Nissan, announced earlier this year, will lead to a more extensive sharing of platform, technology and production resources to boost efficiencies.

It will also result in Renault taking the strategic lead in Europe under new boss Luca de Meo, who has begun overhauling the brand’s product roadmap despite only starting his role in July. His aim will be to turn around a firm that recorded a £6.5 billion loss in the first half of 2020.

The fruits of these shared resources have already produced the CMF-EV platform, which made its debut on the newly unveiled Nissan Ariya electric large SUV. That platform will also provide the basis for further Renault and Nissan electric SUVs in the coming years.

Renault will spawn two models off the CMF-EV platform initially, with the first being a high-riding production adaptation of the Morphoz concept revealed in spring this year. 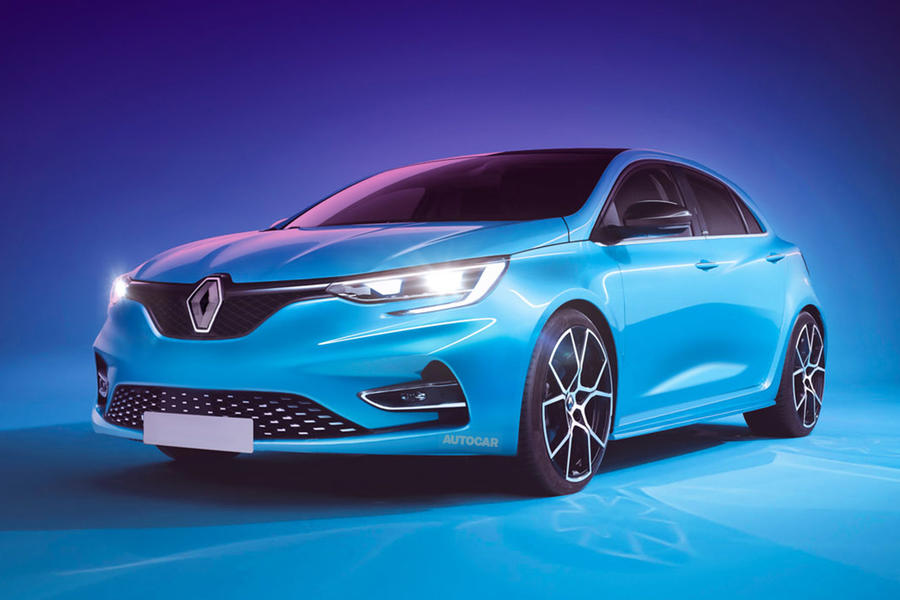 Although it’s tipped to be similar in length and width to the current Renault Kadjar, it will sit lower to the ground than that car, as the concept previously indicated. This is because of the greater need for aerodynamic efficiency as Renault pushes for the maximum possible EV range to ensure that the model can cover a higher percentage of customers’ car usage in Europe.

“We identified there was room below the Renault Zoe but even more expectation above the Zoe,” said Renault’s electric vehicles boss, Gilles Normand. “People are realising that EVs are safe and enjoyable and can be taken on much longer trips than [early] EVs.”

Normand cites a target range of up to 342 miles for such a model. Whether that’s achievable remains to be seen. The Ariya’s longest quoted range (for the 87kWh front-wheel-drive model) is 310 miles, and a similar-sized Renault would be unlikely to improve on that significantly.

Renault also claims that the CMF-EV platform – along with the efficiencies enabled through the alliance – has enabled significant cost breakthroughs.

“We have achieved a 30% reduction on the platform cost. We have reduced the battery cost by 30% and the e-motor by 20%,” said Renault EV development director Jean-Paul Drai during a recent Automotive News Europe live conference.

That would result in Renault’s next generation of EVs being “very close to comparable vehicles with an internal combustion engine in total cost of ownership”, according to Drai. 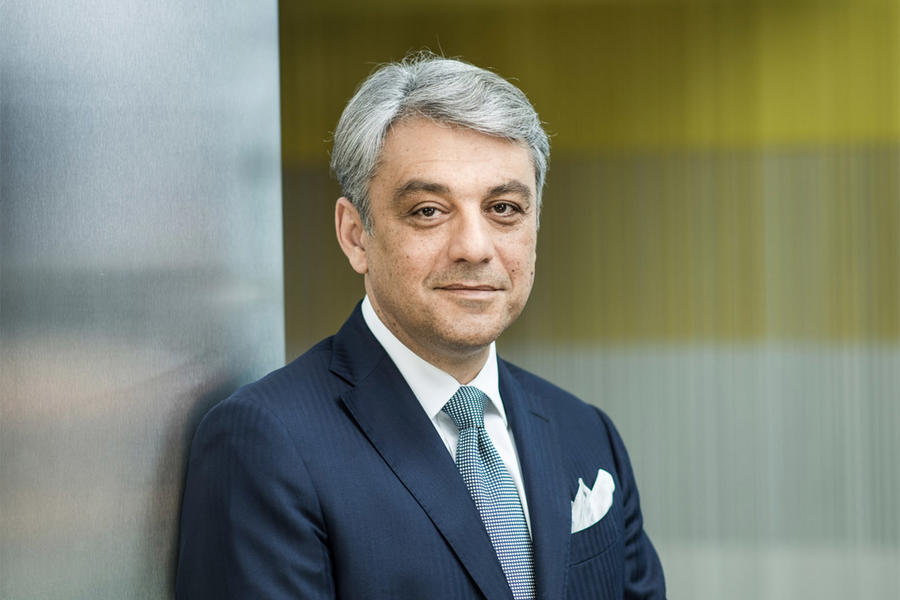 Although not yet officially confirmed, a second EV has also been hinted at by Normand. It will “be a crossover or SUV, rather than a hatchback”, he said, and the expectation is that the model would sit in a similar market position to the Nissan Juke and Renault Captur.

Such a model is again expected to borrow design themes from the Morphoz concept, albeit in a toned-down form to differentiate between it and the pricier Kadjar-sized electric SUV.

The dedicated EV platform – much like that found in Volkswagen’s new ID range – is expected to increase development and manufacturing costs over rival models that use a combustion-engined car adapted to offer an electric-only version (such as the Peugeot e-2008). The trade-offs, however, are benefits for both external design and interior practicality.

“A dedicated platform allows us to push the boundaries of the proportions of the vehicle – to push the wheelbase to an extreme level,” Nissan’s product planning boss, Marco Fioravanti, told Autocar. “Doing so, we reconfigure the cabin. We get a fully flat floor and do not lose space on the rear bench. We think this investment is fully recognised by our customers.”

Fioravanti has also debunked suggestions that the recent changes to the Renault-Nissan-Mitsubishi Alliance will prompt Nissan to pull out of Europe and Renault to take control of the market. The group detailed a ‘leader-follower’ initiative in May under which Renault will lead development of European models, with Nissan focusing on Japan, North America and China.

Fioravanti said: “Leader-follower does not mean that there is one dominating company and one ‘satellite’ of the first company. Nissan is still the leader on CMF-EV. Nissan leads on autonomous driving. It simply means we can avoid redundancies in development.

“For example, the next generation of B-segment vehicles will be led in Europe by Renault, so the next-generation Nissan Micra or Juke will be together with the Clio and Renault Captur. Nissan will lead on a C-segment platform. We can avoid duplicating the job so we can get overall to a maximum level of efficiency.” 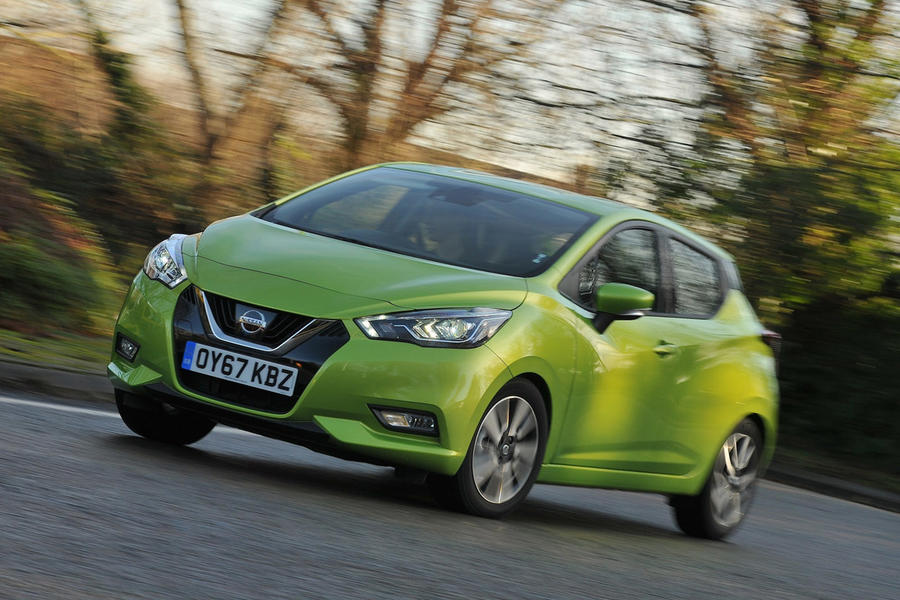 Fioravanti’s apparent confirmation of a new-generation Micra is significant, given that rumours about the model’s future have been rife. The current supermini – launched in 2017 – shares much with the Clio but achieved only around 20% of its French counterpart’s sales success in 2019 (65,000 Micras versus 317,000 Clios across Europe).

The Micra is currently built at Renault’s plant in Flins, northern France, whereas the Clio is built in Turkey and Slovakia. A next-generation Micra could be tenable if it could be closely aligned with the Clio in terms of production and development, which could result in it becoming, in effect, a badge-engineered model.

Uncertainty remains on the Renault side of the alliance over the future of the Mégane. Formerly a huge seller and core model for the French manufacturer, its volumes are now dwindling in a segment that has been under pressure for years – by ever-tightening profit margins and the relentless march of the SUV.

The Ford Focus rival finds itself in a relative no-man’s land. It shares its underpinnings with the hugely successful Nissan Qashqai but also with a number of models that have either been axed or are rumoured to face the chop in the medium term.

Nissan’s equivalent, the Pulsar, was withdrawn from sale in 2018 due to poor sales, and the futures of Renault’s related Talisman large saloon and Scenic MPV appear bleak. 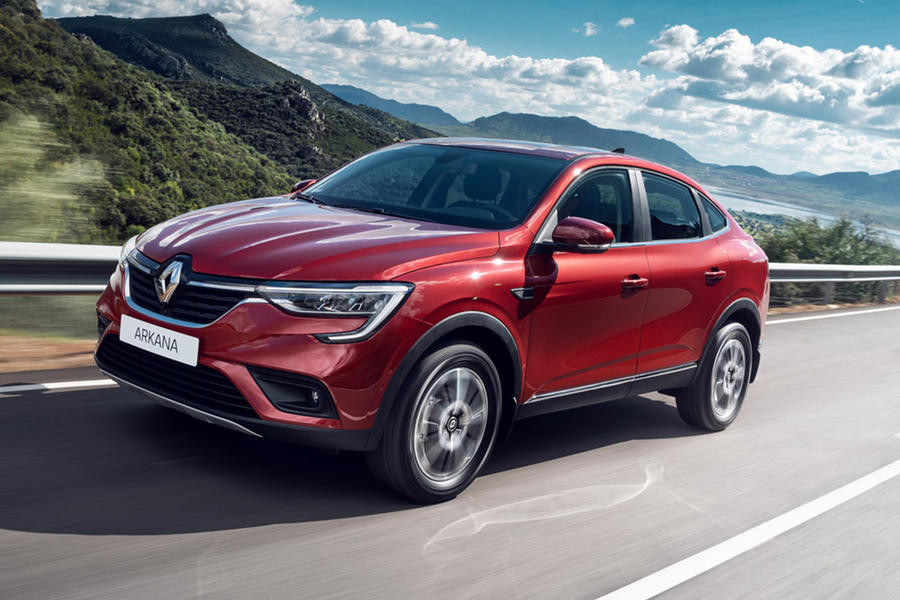 However, in Renault’s recent first-half financial results webcast, de Meo confirmed that, within just a month of becoming CEO, he and his team had “substantially reworked the product plan”, focusing on the most profitable segments. This, he said, would return Renault to “our position at the heart of the European market, on the centre of gravity that is right now in the C and C-plus segments.” He recalled how the first generation of the Mégane and Renault Scenic “changed the company, and we have to do the same again”.

Whether this means the Mégane’s future is safer, or instead means that Renault’s C-segment SUV offerings will grow even further, remains to be seen. One possibility is that the Arkana, an SUV-coupé version of the Kadjar first launched in Russia, could be brought further west to expand the range.

De Meo will reveal the full details of his plan for Renault early next year.

Where does Alpine fit in with the new plans?

The future of Alpine is less clear than that of other brands in the wider Renault Group, as the harsh realities of building a bespoke sports car in a global pandemic and economic downturn hit home.

Renault’s latest official statement on the matter claims there will be an “open reflection on the reconversion of the Dieppe plant [Alpine’s hub] at the end of production of the Alpine A110”. That won’t be until 2023 or 2024, but the use of the word ‘reconversion’ suggests the plant (and likely Alpine itself) will undergo significant changes. 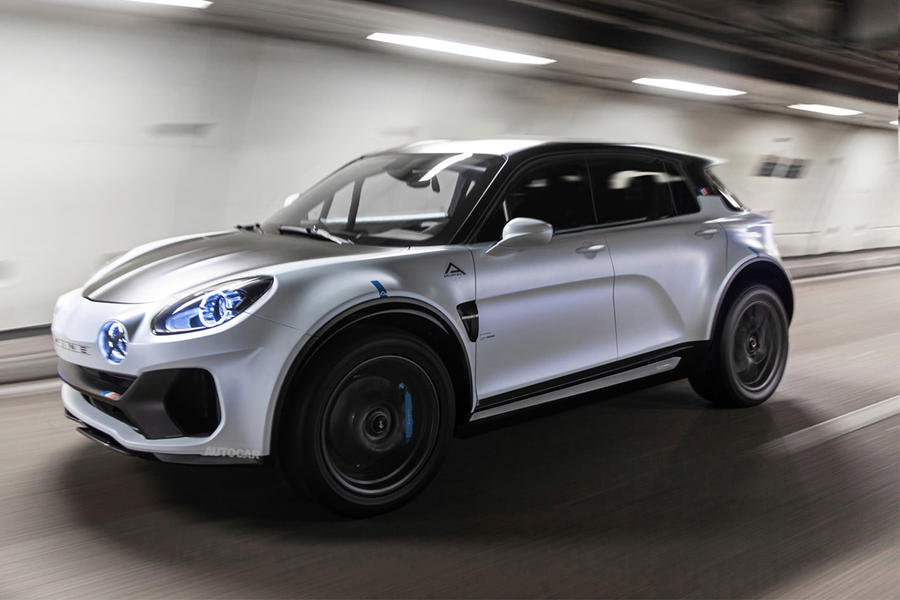 The brand’s future hinges on how wide-reaching Luca de Meo’s transformation and cost-cutting regime will be. The French media is reporting that de Meo has discussed the A110 needing a sequel. However, he was candid about his views on sports cars during his previous role as Seat boss, telling Autocar last year he couldn’t “afford to drop a few hundred million on something where I sell 15,000 cars at a loss just for the sake of doing a sports car”.

De Meo elaborated: “SUVs are called sports utility vehicles because they represent a new concept of sportiness. SUVs with a coupé look are for us what the two-door was: an impractical coupé you could barely fit in, but it was fast, the handling was amazing because of a low centre of gravity and so on. These things are gone.”

It remains to be seen if this school of thought will be transferred with de Meo (along with former Seat design boss Alejandro Mesonero-Romanos, who has followed the CEO) to Renault.

Autocar understands a plan was devised under previous management to turn Alpine into an all-electric performance halo brand. That would allow the wider Renault Group to showcase sporting aspects of electrification and compete with premium rivals.

With the decision resting on de Meo’s shoulders, some parallels can be drawn between such an idea and the formation of Cupra as a standalone brand while he was CEO of Seat. Cupra is designed to offer “premium performance” with a strong focus on electrification – and SUVs.

That thinking could be brought to Alpine to create a high-riding, sporting EV, which was already strongly hinted at during the brand’s rebirth in 2016.

Whether management can translate Alpine’s core values of driver appeal and, crucially, light weight to a battery-powered crossover model remains to be seen.

.... press contact seems to downplay Renault's achievement with the Clio & Captur, since their lauch leaders in the respective EU segments. The Kadjar was praised by a.o. Autocar when it debuted, the Megane is a very competent C segment rep. Stylingwise the Talisman & Escape are 'hors category' but fell victim to the SUV frenzy. Main issue for Renault-Nissan and VW Group is both trail - by quite a margin - the cleverst of 'm all, Carly Tavares. Since 2013 he implemented a cost saving procudure at PSA, hardly at the expense of the staff, resulting in a record efficiency & profitability.

JLR should sue if Renault

JLR should sue if Renault bring out this clear Evoque copy (as Autocar presents it).