While the model hints at upcoming SUV's design, the shapeshifting concept is designed to act as both city car and long-range cruiser
Open gallery
Close
Share story

Renault has unveiled the Morphoz, a shapeshifting concept designed to act as both a city car and a long-range cruiser – as well as providing a foretaste of its forthcoming Kadjar-sized electric crossover.

The Morphoz is intended as an urban family car for 2027, with its modular design allowing one vehicle to serve multiple functions. But more significantly, underneath that conceptual tech, the car is built on the Renault-Nissan-Mitsubishi Alliance’s new CMF-EV platform, which will be used for Renault’s first electric crossover, due later this year.

Gilles Normand, Renault’s senior vice-president of electric vehicles, said elements of the Morphoz’s design will be used in the forthcoming production crossover and further models will be built on the platform.

Normand told Autocar: “Morphoz is a concept, but what has been expressed by the styling department in some areas is a reinterpretation of what they intend for future production models.

“Let’s say you can’t take it for face value, but it’s definitely the direction where we’re going. Some of the features, such as the configuration and roominess, are going to be of major value for cars based on this platform.”

The adaptable CMF-EV skateboard chassis pushes the wheels to the corners, with Renault saying the ‘streamlined’ design of the underfloor batteries enables it to sit lower to the ground. It is designed to adopt differing motor and battery set-ups and the packaging benefit of the smaller motors enables greater interior space. 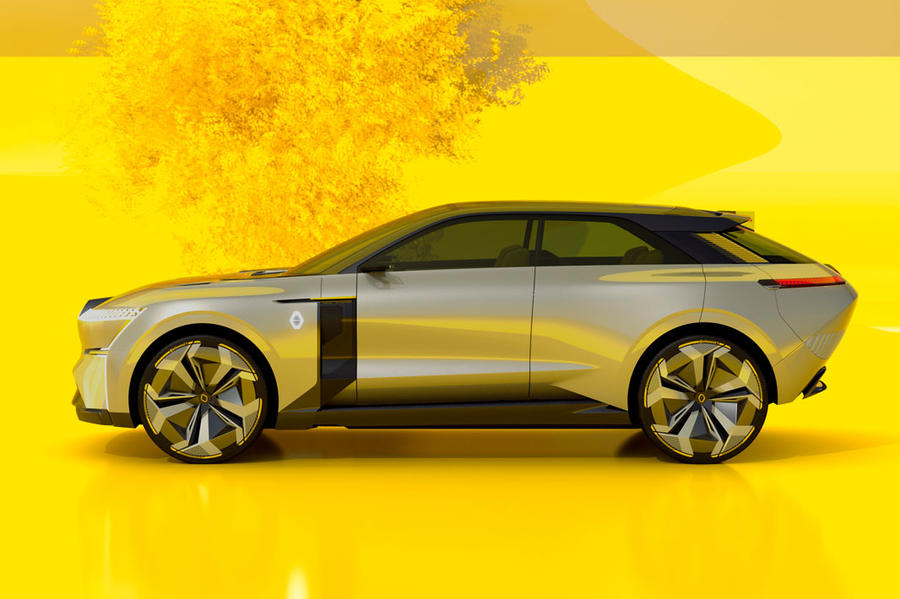 Normand said the platform is designed for cars in the “B+ and C+” segments, which will sit above the Zoe and new (but not-for-UK) Twingo ZE in Renault’s EV line-up.

The Morphoz is the latest Renault concept in recent years to preview future technology, but whereas previous models have looked further ahead to fully autonomous cars, this concept is intended as a near-future vision.

In City form, it uses a 40kWh battery that offers around 249 miles of range, which, Renault believes, is enough for around 90% of daily usage. For longer journeys, the Morphoz can be switched to Travel mode, with special extensions – using technology similar to a plane wing – that stretch it at the A-pillar and the rear. This increases the length from 4400mm to 4800mm and the wheelbase from 2730mm to 2930mm and it offers more passenger space and luggage capacity.

In both modes, the Morphoz is 2000mm wide and 1550mm tall and sits on 22in tyres. An additional 50kWh battery can be installed at a special station and the total 90kWh capacity extends the range to 435 miles. Power is delivered through the front wheels via a single motor, with recharging possible through both static and dynamic induction.

Although it is a concept, the variation in size and range between the Morphoz’s two modes gives some indication of the flexibility of the CMF-EV platform. It also showcases how buyers could reduce their carbon footprints by not ordering cars with bigger batteries by default. 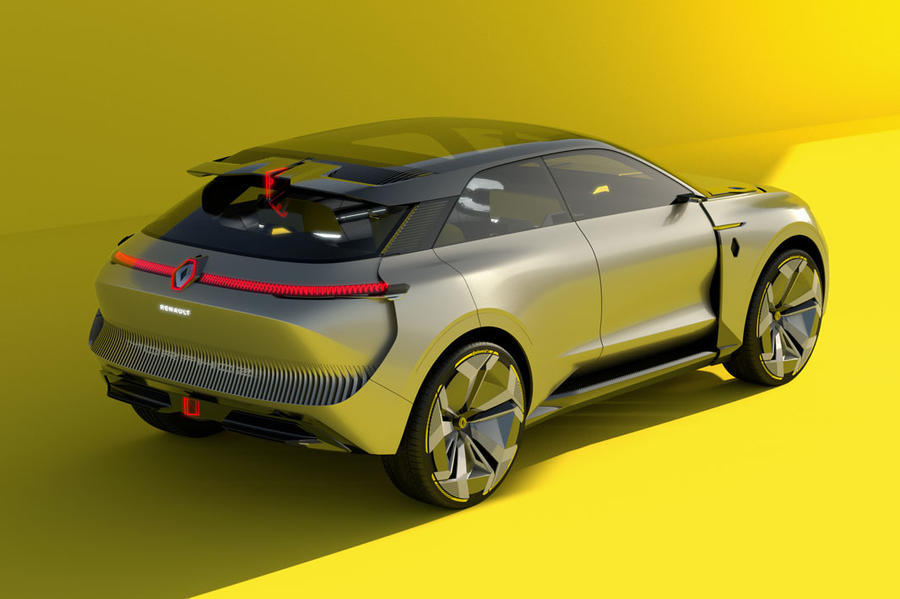 Elements of the Morphoz’s styling that preview future Renault design trends include the slim light signature that extends across the car’s grille. As well as the car extending, elements of the SUV coupé styling on the Morphoz change between the City and Travel modes. The front wings – which are based on side grilles on Renaults from the 1910s and preview a design to be seen on future production models – grow in Travel mode. The front air intakes also narrow in Travel guise to provide greater efficiency.

The interior of the Morphoz is similarly bold. Many of the traditional control instruments can be hidden away using a folding panel and most controls are displayed on an L-shaped screen. The steering wheel has a 10.2in screen built into it that can be used to control most functions on the car.

Unlike some concepts, the Morphoz is not intended to be a fully self-driving machine but one with level-three autonomy, allowing the driver to take their hands off the wheel and eyes off the road when it is engaged. 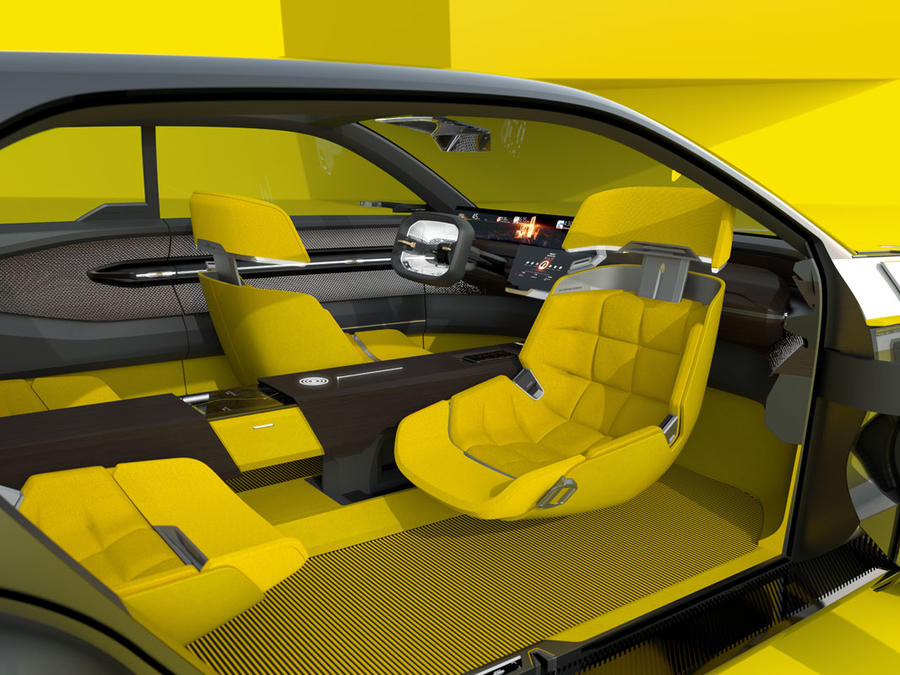 The boldest design feature is the front passenger seat. When a ‘share’ mode is activated, it flips over to face the rear passengers. There is also a large centre console that can serve as a table and has a builtin screen that can control many of the infotainment functions. The interior uses a number of recycled materials, too, including a floor surface made from old yoghurt pots.

How does this Renault concept differ from previous ones?

“The last few looked ahead to fully autonomous cars, so we wanted to look at what’s going to happen sooner. Designers want to talk about the future in a way that is clever and conceptual – and to make it credible is a challenge.”

Why develop a concept that changes size?

“We wanted to look at one answer that can do many things, so people will question if they need more. Do you really need what you have, or is it too much? I use an Espace, which is fine at the weekend with the family, but driving to work by myself, I can feel disconnected. We want something you can adapt to everyday life.”

Could that ever reach production?

“For now, this is just a concept. Safety is a challenge to be worked on for this to reach production, but there’s lots of safety in the main structure. And if it’s good when it’s short, why not when it’s long? Bigger cars often absorb energy better.” 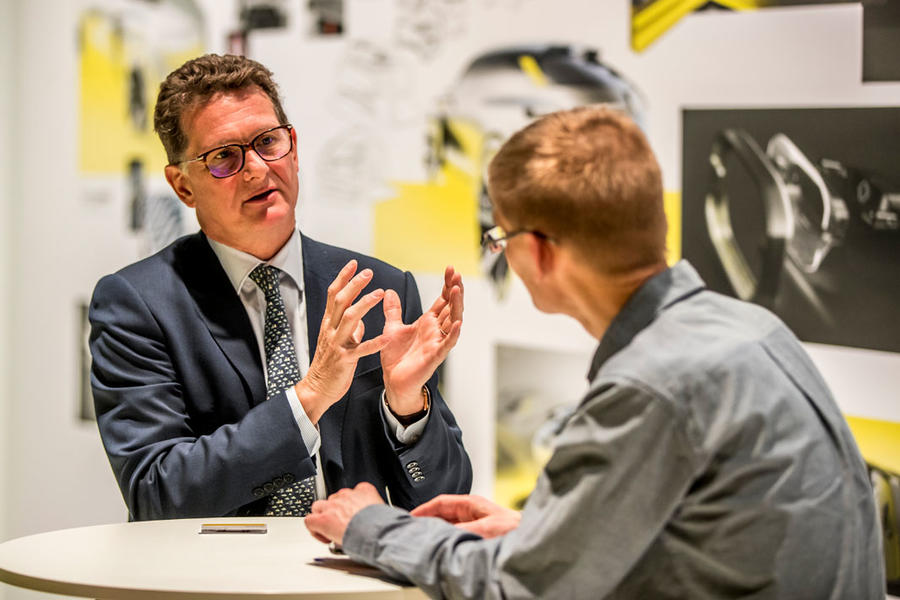 What happened to your design mojo Renault

This is just boring and there is nothing really new in it that has not been seen in a concept before. All touchscreens inside how boring and dangerous as well. I have never liked touchscreens and I never will. As a poster above said it just looks like a Range Rover and I agree as that exactly what I thought when I seen it. with a Renault badge on it.

Come on Renault you can do better than this boring concept.

If all future city cars are

If all future city cars are going to be the size of this, then we can all look forward to increased congestion and longer traffic jams.

like a fair bit of Range Rover design went into this concept.

like a fair bit of Range Rover design went into this concept.

Absolutely, as well as a lot of Jaguar design as well

I could see JLR in this

It's the Renault-Nissan calling card to JLR. Merger or Takeover imminent LOL
View all comments (7)